Seven Superhero Movies We Can't Wait to See in 2022 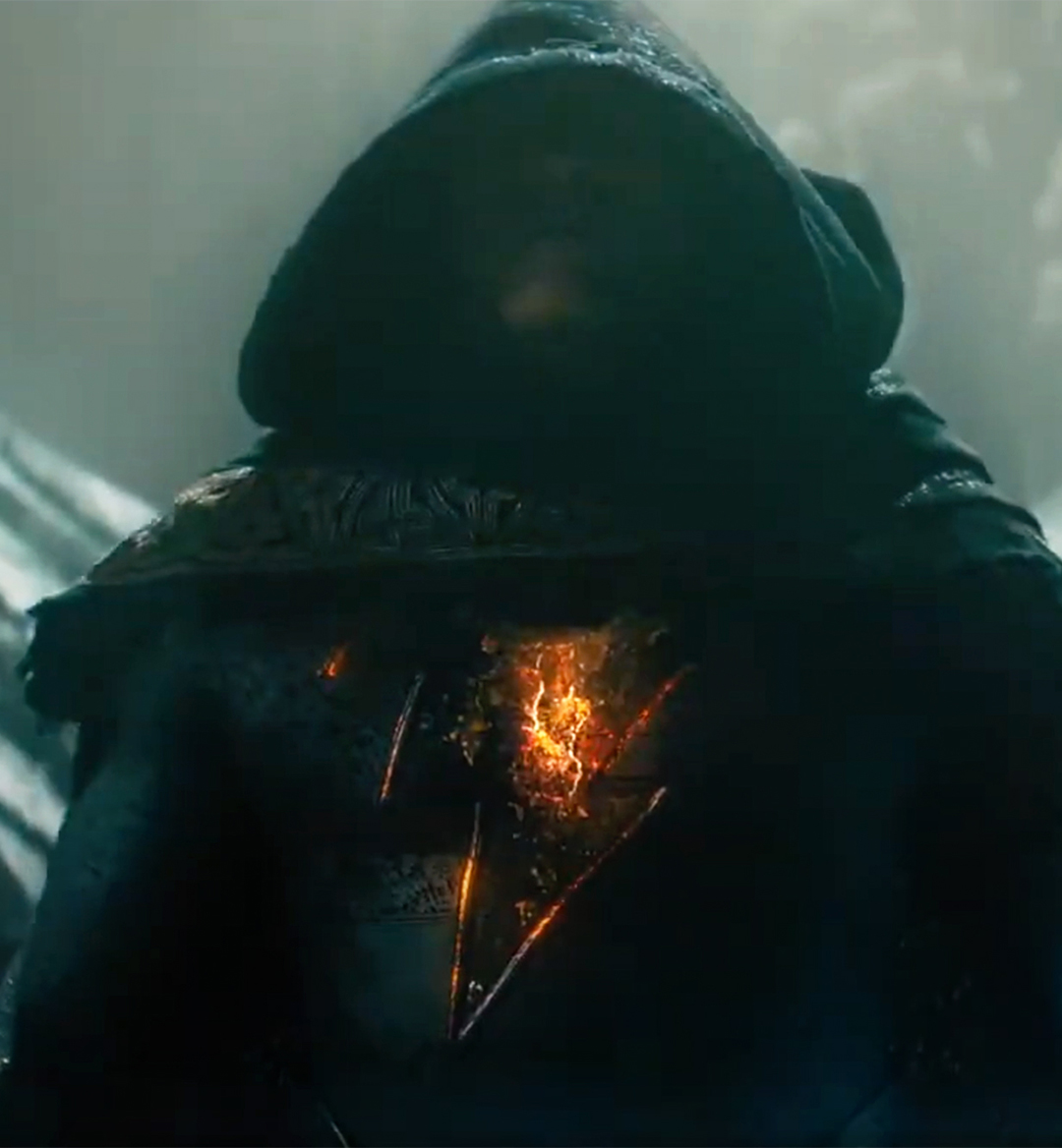 WE EATIN' REAL GOOD IN 2022, LADIES AND GENTLEMEN!

The cinematic realms within the Marvel and DC universes are set to grace us with a brand new slate of upcoming superhero movies next year. Several of these cinematic adventures will mark the big-screen debut of lesser-known saviors, while others mark the long-awaited return of the heroes we've grown to love from previous series installments. The most exciting part of these brand-new superhero films is how they'll set up even more noteworthy events within the all-reaching universes they exist in. Our excitement levels are officially through the roof thanks to the impressive pieces of footage released for each of these flicks thus far. And we're sure you all feel the exact same way.

Now let's get all of our conspiracy theories for each film ready as we take a look at the 10 superhero movies we can't wait to see in 2022.

We wish this one was out already! Every time we take a quick peek at random comic book movie IG and Twitter pages, we end up reading some early impressions of the film. And all of them point to just how much of an astounding movie The Batman truly is. The two trailers revealed for this highly-anticipated DC film are equally breathtaking, which is why we've watched them countless times already.

Robert Pattinson's interpretation of Bruce Wayne and his heroic alter-ego gives us heavy "Year One" and "The Long Halloween" vibes, which is a version of Batman we've been dying to see come to the big screen. Focusing on the Riddler as the main antagonist looks like it'll be the right move as this version is far from the super quirky version Jim Carrey played back in Batman Forever. With James Gordon, Alfred, Catwoman, and Penguin all here and accounted for, The Batman's huge ensemble of recognizable characters has us giddy to see them all interact in The Batman's fresh take on Gotham City. And those fight scenes? Good lord, they look awesome!

Jared Leto's onscreen superhero movie work didn't start out so hot with his..."questionable" interpretation of The Joker in Suicide Squad. But the man's a great actor, as evidenced by the parts he played in films such as Requiem for a Dream, Panic Room, and Lord of War. And everything we've seen thus far of this random Spider-Man anti-hero/villain project has us pleasantly surprised.

Jared's role as Michael Morbius aka "the Living Vampire" looks like it'll be one of his best characters to date. And he damn sure looks the part thanks to some amazing visual effects and costume work that makes him look as close to the comic book version as possible. The nods to all the Spider-Man films that came before it (and even Venom!) and Michael Keaton's appearance have us running wild with theories as to what timeline this film is taking place in in a post-Spider-Man: No Way Home world. This might turn out way better than everyone expects.

3. ‘Doctor Strange in the Multiverse of Madness’ - May 6

Doctor Strange's hands are certainly going to be full with all the drama caused by his shoddy spell-casting in Spider-Man: No Way Home. And months after those events wrap up, he'll have to navigate the multiverse alongside a fully-powered Scarlet Witch. Their tandem work will be on full display in Doctor Strange in the Multiverse of Madness, an MCU film that will be decidedly darker than what fans have been used to thus far. And that's one of the main reasons we can't wait to finally see it.

Besides its horror movie inspirations, this film has us extra giddy since it's being directed by the man that brought us the original Spider-Man film trilogy (that's Sam Raimi, by the way). Plus the film's plans to introduce America Chavez to the MCU has us super hype to see how she'll factor into this movie's events and beyond. The possibilities are endless when you consider just how much the multiverse can affect the very fabric of the MCU's tumultuous world.

All the props in the world go out to film writer/director Taika Waititi, who did God's work by convincing Natalie Portman to return to the MCU. More specifically, the Thor film series she originated in. Now she's set to impact the future of Marvel's onscreen Thunder God as she's set to step into the role of The Mighty Thor, which is a moment we can't wait to see unfold on the big screen.

Thor: Love and Thunder will hopefully stick to the formula that worked so well in Thor: Ragnarok. We're also super eager to see how Christian Bale performs as Gorr the God Butcher, what the Guardians of the Galaxy will do alongside their new Asgardian team member, and if Valkyrie ends up finding the love part in the movie's title with Natalie's character. Seeing as how Thor is the first MCU franchise to get a fourth film, our hopes are higher than usual to see how this film ultimately unfolds.

We never knew we wanted a superhero movie starring Krypto the Superdog until now. WB and DC have gone the 3D animated film route with Krypto in the kid-friendly flick DC League of Super-Pets and it looks like it'll be one of the biggest surprises of the year. The unexpectedly great union between Dwayne Johnson and Kevin Hart that's been on full display in Central Intelligence and the rebooted Jumanji films is returning here in the form of partnered-up super dogs. Keanu Reeves is also a part of the voice cast, which is why we're dying to see which character he ends up playing. The prospect of watching a league of extraordinary animals trying to save the actual Justice League from Lex Luthor excites us way more than you'd expect.

WB and DC are going to take the world's most handsome and kindest man in all of Hollywood...and turn him into a vengeful antihero? HELL YEAH, SIGN US UP! Dwayne Johnson's role as Black Adam is finally a reality after years of rumors and now everyone's fully prepared to watch Dwayne literally shock the hell out of everyone that tries to stop him.

The other exciting part of this film is the fact that the Justice Society of America will make its debut as they provide the powerful opposition that Black Adam will battle against. Atom Smasher (Noah Centineo), Hawkman (Aldis Hodge), Cyclone (Quintessa Swindell), and Doctor Fate (Pierce Brosnan) will all be on hand to try and put Black Adam down for good. With all those factors in place, this DC film looks and sounds like it'll be an awesome surprise for those who have grown disappointed by the DCEU's previous exploits. Eventually, Black Adam's gonna lay the smackdown on Shazam...AND WE CAN'T WAIT TO SEE THAT MOMENT GO DOWN!

First thing's first - rest in power to the great Chadwick Boseman. The man captured our hearts and imaginations thanks to his stirring portrayal of T'Challa/Black Panther. His passing has left an indelible mark on the MCU & the world as a whole and will forever remind us of just how amazing he was during his presence in his stand-alone films & featured roles in additional Marvel movies.

Black Panther: Wakanda Forever sure has a whole lot to live up to - not only will it have to establish who'll don the Black Panther armor for the foreseeable future but it also has to determine the ongoing fates of several side characters. Will Shuri (Letitia Wright) or M'Baku (Winston Duke) take over the Black Panther mantle? How will Riri Williams/Ironheart (Dominique Thorne) factor into this movie's proceedings? And who will be the main villain this time around? Namor the Sub-Mariner, perhaps? All those questions and more leave us incredibly excited about the possibilities that Black Panther: Wakanda Forever can hopefully deliver!