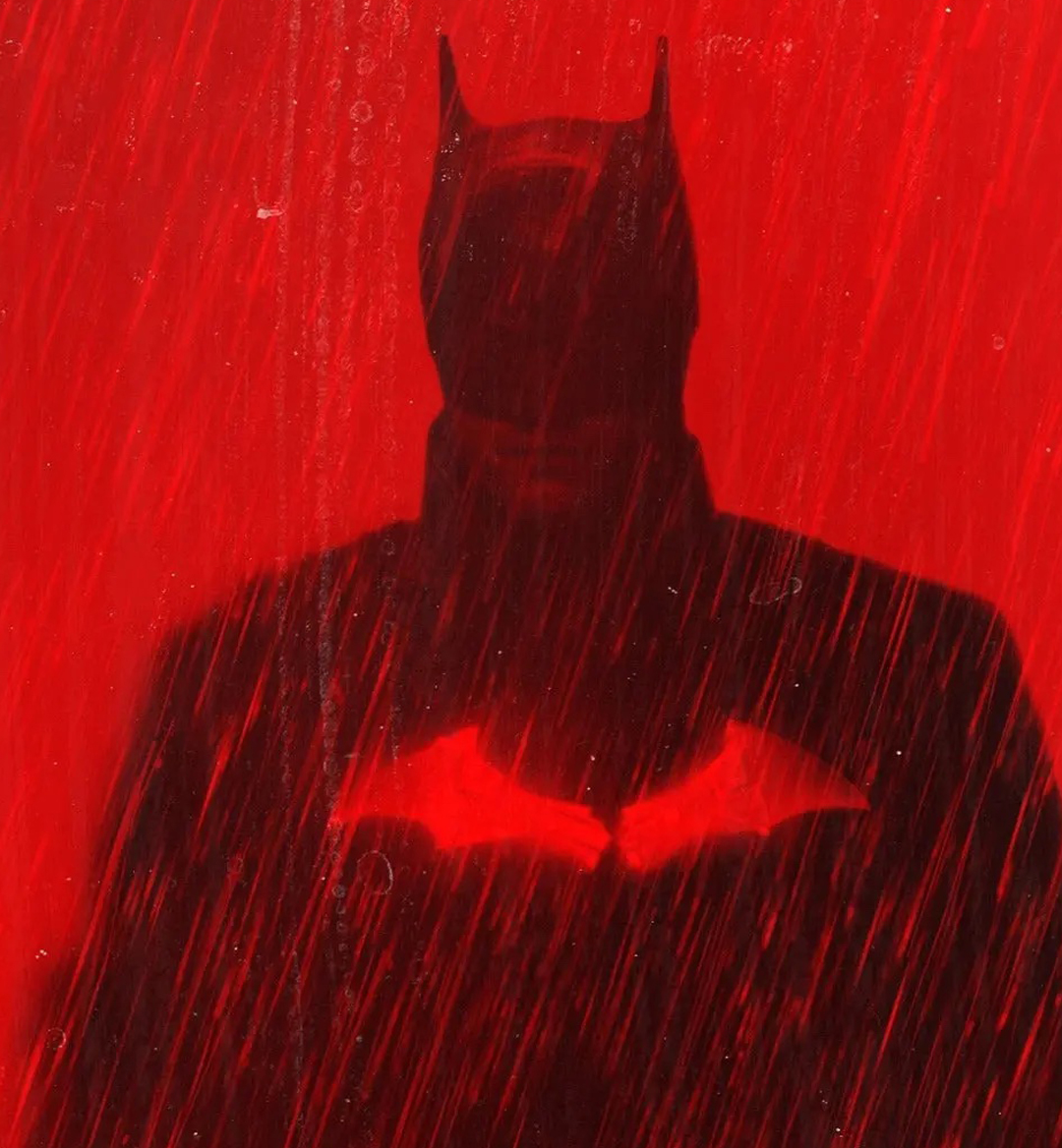 When it comes to comic book villains, one could argue that no one has a better or more iconic rogues' gallery than Batman. After all, The Joker is one of, if not the greatest comic book villain ever, so even just having him alone makes Batman's group of evildoers stand above many other heroes.

Even though the Riddler has been locked up in Arkham Asylum and Carmine Falcone has been killed, it's clear by the end of The Batman that Bruce Wayne's work is far from done. Despite the heroics of Batman, Catwoman, and James Gordon, Gotham City is still rotten to the core. In a very noir-like narration—also present throughout the film—Batman says that, after the flooding caused by Riddler, the city is now a breeding ground for criminals and supervillains alike.

A few breadcrumbs sprinkled throughout The Batman allude to future villains that will show up, including a cameo at the end that sets up something major for another entry.

So who should Batman go up against in the next movie? Here are 11 villains that would be ideal picks for a Batman sequel. 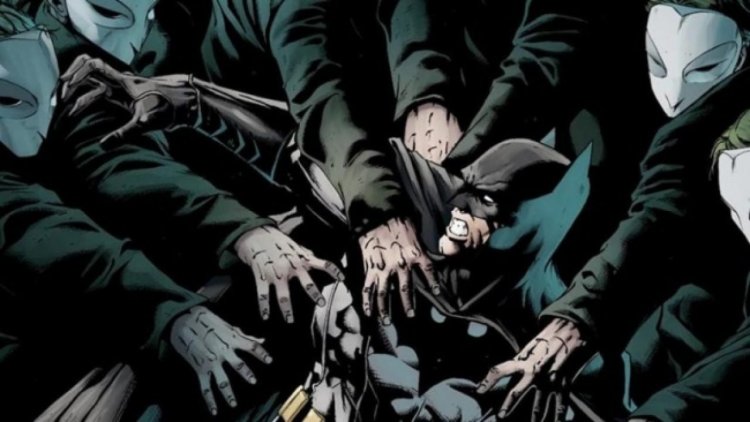 For those unfamiliar with the group, the Court of Owls is essentially Gotham City's version of the Illuminati. Since its founding, they have existed in Gotham City and secretly control much of what goes on there.

They regularly kidnap children from the circus to train them as assassins, known as Talons, to serve their mission and enforce their rule.

"Beware the Court of Owls, that watches all the time,

Ruling Gotham from a shadowed perch, behind granite and lime.

Speak not a whispered word about them, or they'll send the Talon for your head," reads a nursery rhyme that refers to the Court, echoing the ruthlessness of the group.

Robert Pattinson also might have already spoiled their appearance, saying in a video for Vanity Fair, "I was definitely thinking Court of Owls is probably gonna be in the sequel. It definitely seems like-- I mean, I am literally just guessing, I just keep saying it."

If this is confirmation of their future involvement, we say bring it on. 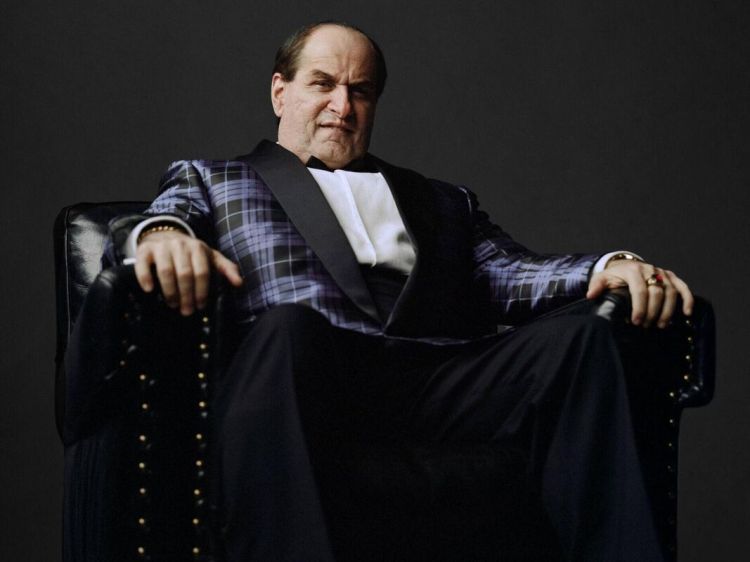 This one is a no-brainer as Colin Farrell already made his debut in The Batman and is set to reprise the role in a Penguin-centric spin-off series.

As the movie heads to its finale, Carmine Falcone is gunned down outside the Iceberg Lounge by the Riddler. In this film, Penguin served as Falcone's second-in-command and is now primed to step in and lead the new crime family.

Batman and Penguin interact multiple times, with Penguin even helping him a bit along the way. Given these films' new, more grounded aspect, Penguin could be a very formidable opponent for Batman in the future. 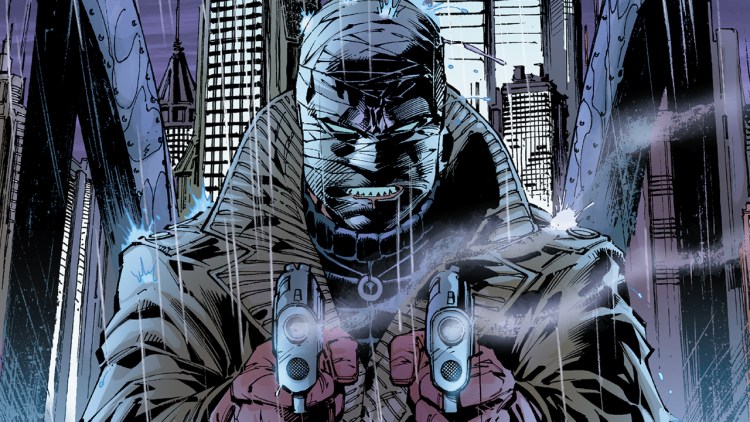 Another villain teased in The Batman was Hush, aka Doctor Thomas Elliot, a childhood friend of Bruce Wayne and whose upbringing was very similar to Wayne's. He grew up in wealth but suffered abuse from his father, who also grew to hate his mother for not sticking up for herself and him.

Driven by an insatiable desire for his inheritance, he kills his father and severely injures his mother by causing them to crash their car. He eventually murders his mother after she cuts him off from his inheritance but is able to make it looks like an accident in order to not arouse suspicion.

He grew up resenting Bruce Wayne, and in an effort to sabotage his life, Hush gives himself plastic surgery to turn himself into an exact look-alike of Bruce.

While something along those lines could be difficult to pull off in live-action, the possibility of Batman facing off against someone like Hush is exciting. 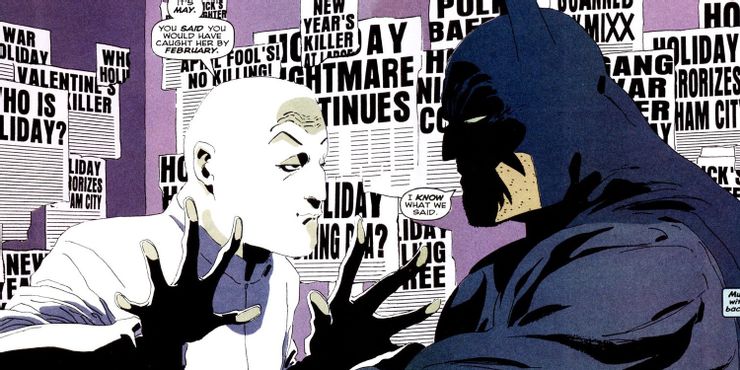 When you first hear of the villain named Calendar Man, he might not sound all that scary. After all, a serial killer that only strikes on holidays would make him kind of predictable, no?

While Calendar Man might not work as the film's central villain, the idea of him being the "Hannibal Lecter" type of character that Batman visits is interesting.

If someone like Calendar Man wouldn't fit into a future Batman movie, he'd be perfect for the upcoming spin-off series in Arkham Asylum.

5. A Night in Arkham Asylum 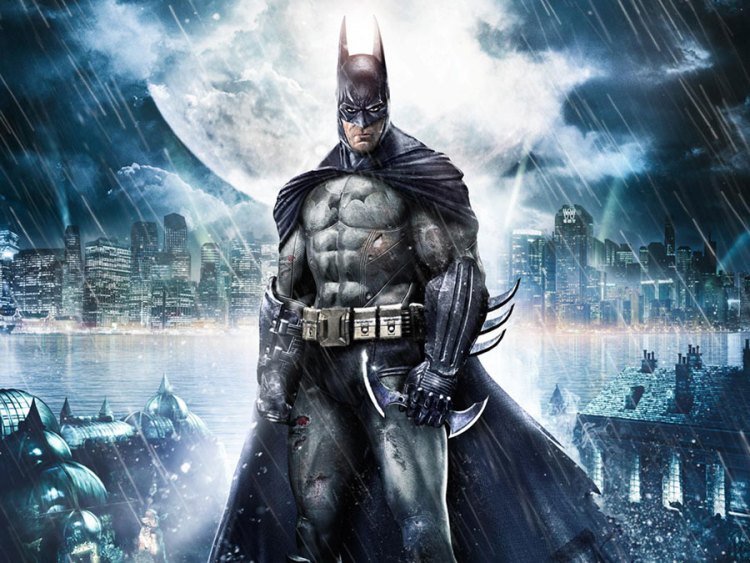 Speaking of Arkham Asylum, a film inspired by the storyline of the video game Batman: Arkham Asylum would be a fantastic idea for this new universe.

For those unfamiliar, in Arkham Asylum, Batman gets trapped inside the institution by the Joker. The inmates then run amok, and Batman must contend with his most infamous supervillains while he tries to stop the Joker. The game isn't as grounded as these new Batman films will be, but the Dark Knight being surrounded by all of his greatest villains as they run loose across the Asylum could make for a fantastic movie. 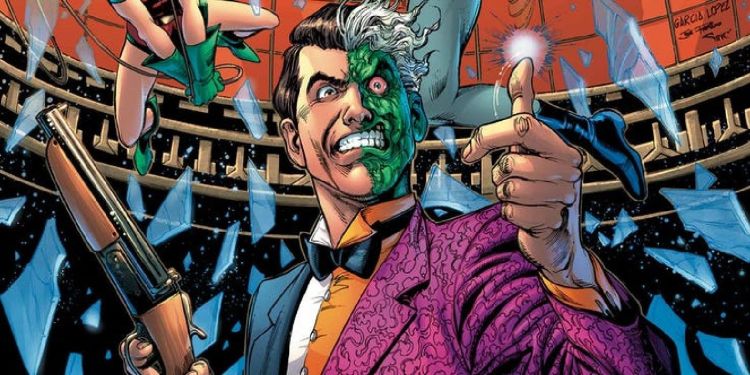 Batman's one-time ally, who eventually became one of his greatest villains, Two-Face, would make for a perfect foil for Robert Pattinson in a future installment. Given that the Riddler murdered Gotham's District Attorney in The Batman, someone needs to step into the role.

Harvey Dent was hideously scarred by a mobster who threw acid into his face, and it broke his psyche, causing him to adopt a good and evil persona, becoming Two-Face.

In a storyline that would mirror the villain's journey in The Dark Knight, Batman would have to fight his former friend as he descends into madness.

7. Deadshot, Deathstroke, Bane, and Other Assassins 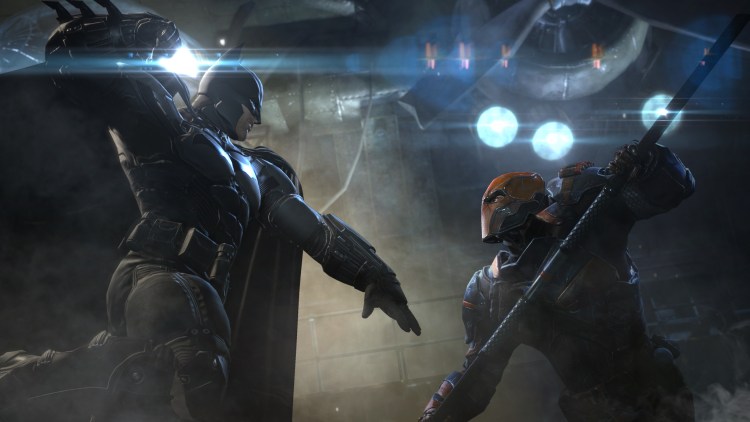 While the storyline of Arkham Origins wouldn't need to be precisely followed, you can't tell me that the idea of "multiple assassins hired to kill the Batman on Christmas Eve" doesn't sound awesome.

In the game, the assassins are hired by Black Mask (later revealed to be the Joker) but in the film version, the Penguin could easily fill this role. It would also be a great introduction for classic Batman villains like Deathstroke, Deadshot, and Bane.

The substance Bane uses in the comics to "hulk up" is known as Venom, which was teased in The Batman. When he is overwhelmed in the final fight against the Riddler's goons, Batman uses a green liquid that serves as an adrenaline shot of sorts to get back in the game. It wasn't confirmed to be Venom, but it could easily be written into the sequel that this was the deadly substance. 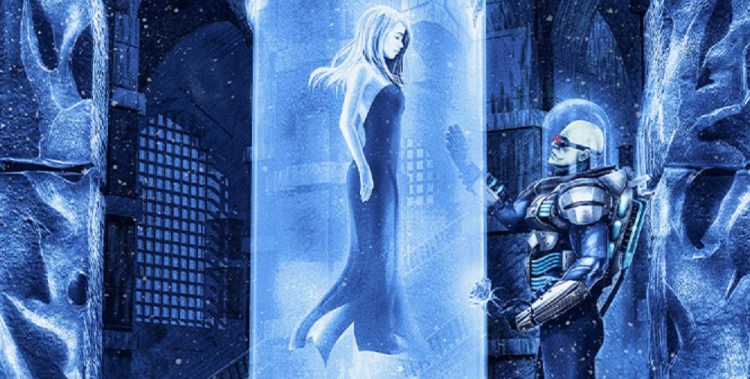 One of Batman's most tragic enemies, Mr. Freeze, whose real name is Victor Fries, was a cryogenic scientist attempting to cure his terminally ill wife, Nora. He places her in suspended animation, freezing her in a block of ice until he can find a cure. After an accident causes his body temperature to drop to sub-zero levels, he creates a suit to keep himself alive and turns to a life of crime to raise funds for his research.

Matt Reeves has expressed interest in bringing the villain into his Batman universe in a grounded way. How he'd be able to tackle this sort of storyline remains to be seen. Still, Batman going up against a morally ambiguous supervillain is a story opportunity too good to pass up. 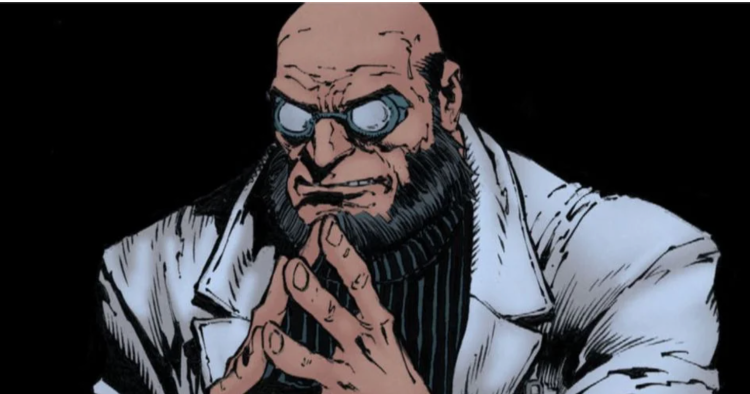 Dr. Hugo Strange became a recurring villain and frequent foe for the Caped Crusader and was also one of the first people to discover that Bruce Wayne was Batman. Able to match Batman on an intellectual level (a trait not many villains share), Hugo Strange's plots often involve him attempting to outsmart Bruce Wayne at every time.

It should come as no surprise that he often fails to do so. While The Riddler attempts to match Batman in terms of intelligence because of his own insecurities, Strange sees it as a competition and wants to prove that he is better than the Dark Knight no matter the cost. 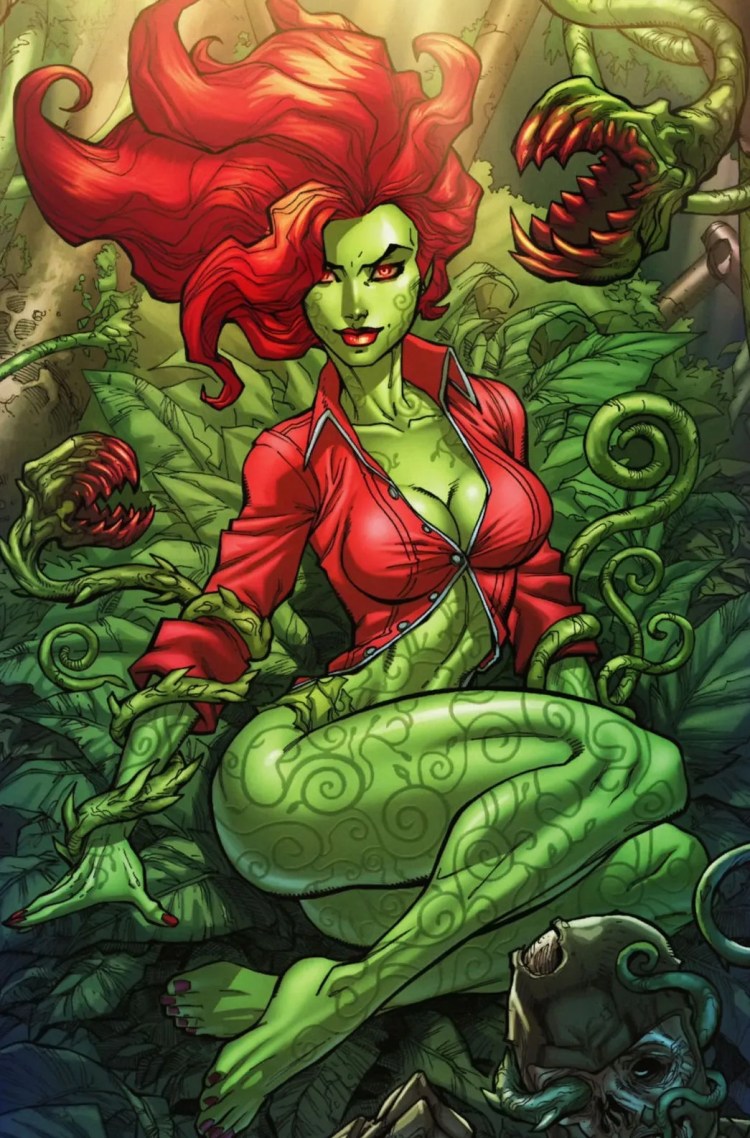 Poison Ivy is an eco-terrorist who often comes into conflict with Batman and other supervillains. Given the state of the world and the issue of climate change, a supervillain trying to save the environment, albeit through destructive means, makes Poison Ivy a very socially relevant enemy for Batman to fight.

Formerly known as Dr. Pamela Isley, she was a botanist who, after being injected with various toxins and poisons, is transformed into the supervillain known as Poison Ivy.

She possesses power over almost all plant life, with an inane ability to use them to create life or destroy it. She also uses the power of pheromones to control people, primarily men, and use them to further her own goals.

A version of Poison Ivy could undoubtedly be introduced into this Batman continuity. While she wouldn't have superpowers like in the comics, her role as an eco-terrorist would provide an attractive gray area for her to operate in, similar to Mr. Freeze. 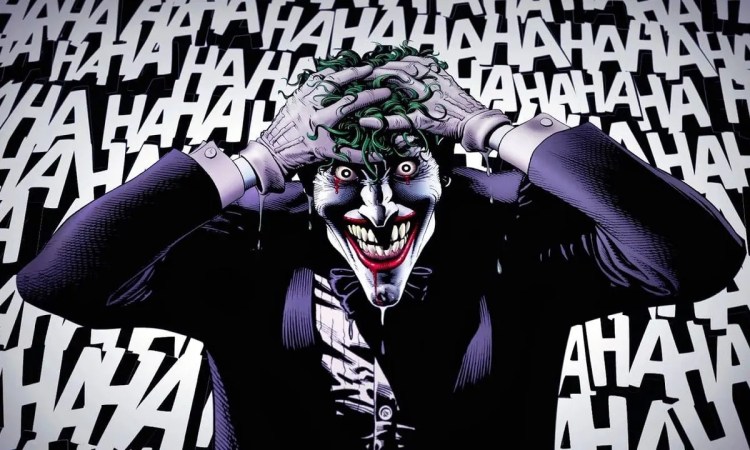 There is no Batman without The Joker.

While credited as “Unnamed Arkham Prisoner” in The Batman, Matt Reeves confirmed that this person whom The Riddler talks to was, in fact, this universe’s Joker. Played by Barry Keoghan, he is in the cell next to The Riddler and says, “One day you’re on top, the next day you’re a clown.” Following it up with a riddle of his own, “Riddle me this...the less of these you have, the more one is worth.” Riddler answers this riddle fairly quickly, providing the correct response: “A friend.”

You can only sort of make out his scarred face, but once he breaks out into his maniacal laughter, you know who we are dealing with.

It’s not a guarantee that we’ll be seeing Joker in the next Batman film, or even in any future movie, as Matt Reeves hasn’t ruled out locking him up in Arkham and throwing away the key.

I’d love if Batman movies took a break from iterations of the Joker for a time, as the hero has such a great collection of supervillains to choose from that deserve their time on the big screen. However, as mentioned above, there is no Batman without the Joker, and a conflict between them is inevitable.