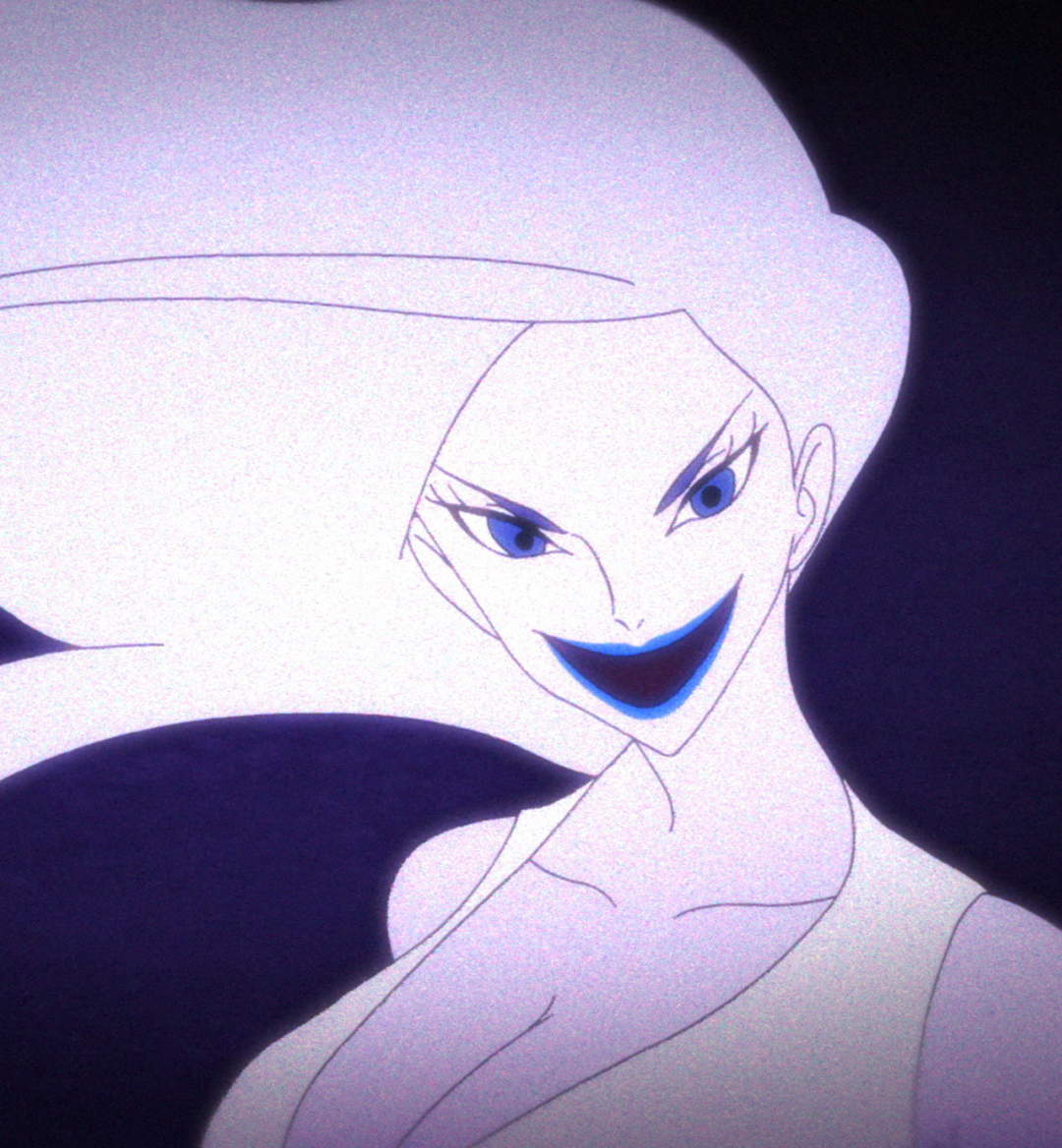 So much horror cinema made in the United States is firmly rooted in a Western tradition, meaning that Judeo-Christian imagery and morality still dominate the genre — and with every generation, these movies become more and more self-referential. But other cultures have entirely different ideas about the afterlife and what demons lurk in the great beyond. That’s probably why so many horror die-hards are so obsessed with Japanese media.

Ever since The Ring, J-horror has deeply influenced Hollywood, but few American fans do a real deep dive on more obscure offerings. To help guide you through the cursed world of haunted cartoons, we’ve curated this (unranked!) list of the 18 best horror anime TV shows and films. Good luck sleeping after you’ve made it through.

Haunting images of giant sharks crawling on land with insect legs protruding violently from their stomachs became a grotesque meme on a handful of imageboards. The strange iconography of Gyo, one of horror legend Junji Ito’s most bizarre masterpieces, seems silly at first, but the film (based on the manga of the same name) is actually deeply unsettling. The mythos behind how the sea creatures became terrestrial is complicated and obscure, but Gyo’s story evolves into something much more gruesome and nauseating before it concludes.

The late Satoshi Kon, an anime director known for his dreamlike mise-en-scene and intellectual, postmodern twists, was widely celebrated as a visionary before his death. Perfect Blue is often considered his greatest work — and it’s gone on to influence a handful of award-winning Western films like Darren Aronofsky’s Black Swan.

Perfect Blue tells the story of Mima Kirigoe, a fictional pop singer stalked by an increasingly threatening doppelganger. Are Mima’s nightmares coming true, or has she totally lost her grip on reality? Kon’s lovingly detailed and deeply empathetic animations juxtapose horrendously against scenes of sexual violence that slip between waking life and dreams until the audience can no longer tell what a psychotic delusion is and what’s actually happening — reflecting both the young idol’s nervous breakdown and our schizophrenic media culture.

Jujutsu Kaisen has garnered an impressive cult following since episodes began airing on Crunchyroll in late 2020. The series has already achieved a perfect balance between horror aesthetics and traditional shonen plotting. Ostensibly about a school for young sorcerers, the ultra-violent art direction and stomach-churning monster design keeps this new show from being yet another by-the-books adventure story about a plucky young fighter battling both literal and figurative demons. It’s got exciting action scenes and real heart, but it’s not for the squeamish.

A staple of [adult swim] in the early ’00s, Paranoia Agent is another Satoshi Kon classic which deals with many of the same themes and motifs as the aforementioned Perfect Blue. This 13-episode TV series is a complicated story about the pressures of the animation industry, told from a cartoonist's perspective driven increasingly mad by her own creation. It’s a self-referential warning about the psychological perils of late capitalism and the flattening of our emotional lives by information technology — expressed through a story about a serial murderer who escaped from a nightmare.

A steampunk update of the Dracula mythos, Hellsing uses perverted Christian imagery to tell a story equal parts bloody and campy. It’s not the highest quality animation, but the transgressive pleasures of this frequently juvenile show remain endearing, as does its early 00’s goth aesthetic. Spotting Hellsing’s influence on a plethora of contemporary anime (see: Castlevania) isn’t hard to do once you’ve seen the original show.

Artist Go Nagai created the Devilman character in the early 1970s, and he’s been endlessly reinvented ever since. Crybaby is the latest iteration of this iconic anti-hero, and Netflix’s high-budget adaptation is a great entry point for new fans, even if it is a bit abstract. Ultra-fashionable character design compliments the show’s slick techno soundtrack for an extremely stylish and gorgeously animated adventure that vacillates from sublime beauty to Oedipal terror.

A serene schoolhouse in the countryside filled with adorable kids belies some truly terrible dark secrets: When the children discover they’re being harvested as meat for demons, they begin to hatch an elaborate escape plan, but their every move is being watched! Emotional drama and psychological fear take center stage in this deceptively cute series with extremely morbid themes.

A battle between sorcerers and the slums rages in this highly stylized horror/action hybrid series. A citizen of a whimsical skid row one day wakes up with the head of a lizard and no memory of his past, leading him to embark on a grisly quest for both answers and revenge. Each episode gets stranger as more details of the surreal, magical world they inhabit are revealed. Although the show is rendered in CGI, the 3D models are very stylized and extremely expressive in ways reminiscent of more old-school anime.

Berserk is a traditionally gothic fairytale about an orphaned knight betrayed by his impossibly beautiful commander. The Western medieval setting is fairly traditional, and the story is almost Shakespearean in structure — until the last few episodes when the plot suddenly takes an unexpectedly hellish twist. Maybe it’s the nostalgia speaking, but there’s something really special about late 90’s anime, and Berserk is a classic of that era — rife with overt queer overtones and filled with wistfully melancholy.

The show's first run lasted 25 episodes and told only a fraction of the original manga’s story. (The series was rebooted in 2016, but the poorly done CGI animation style in this latest iteration is nearly unwatchable. Stick with the original and seek out the books if you get hooked.)

Serial Experiments Lain is a cyberpunk anime from 1998 which uncannily predicted the rise of cyberspace as the defining feature of the new Millenium. Lain is a young student whose interest in hacking slowly takes over her life until she’s no longer able to tell what’s happening online or in reality. Lain’s psychotic break has philosophical ramifications, as she encounters a series of unhinged conspiracy theories on message boards, leading her to an entity that claims to be God — or is she just going insane? The show was way ahead of its time in its predictions about the Internet and its depiction of a mass shooting only a year before Columbine. This is slow burn horror at its best, but the social implications are what is really disturbing.

Fans of Final Fantasy might recognize the baroque and ornate art design of Yoshitaka Amano in Vampire Hunter D, yet another Japanese twist on the mythology of Dracula. In this breathtaking movie from 2000, the eponymous warrior D battles Carmilla, a sapphic demon based on the real-life murderess Elizabeth Bathory. It’s admittedly thin on a storyline, but the hand-animated action sequences and melodramatic imagery are stunning nonetheless.

Manga studio CLAMP is best known for dainty romance stories and cutesy magical girl adventures, but their apocalyptic sci-fi book series X is a frightening depiction of a cosmic battle for humanity. They produced a standalone movie of X in 1996, and while it’s nearly impossible to condense an 18 volume manga into a 1.5-hour film, they did a pretty good job of distilling the graphic novel down to its essence. Secret factions of psychic warriors fight to save or destroy civilization unbeknownst to regular people in this shockingly violent and stunningly delicate doomsday tale.

6. 'The Short Films of Kago Shintaro'

You may have happened upon artist Kago Shintaro’s images while scrolling through the darker sectors of social media: his fetishistic portraits of schoolgirls with their intestines hanging out and sexy paintings of nude women with their brains exposed garnered a kind of viral popularity amongst goths and otaku. Described as “fashionable paranoia,” Shintaro’s satirical humor clashes extreme gore with erotica in fascinating ways. His short films, many of which are available on YouTube, are much more humorous in nature but are often deeply unnerving in a Lynchian way. Shintaro’s fascinations with human viscera remain the most notable motif, but he plays more with the mundane in his animations.

Osamu Tezuka, often considered the Godfather of Manga, is best known for creating lovable cartoons like Astro Boy and emotionally compelling stories like Budha. One of his lesser-known works is Dororo, a brutal Japanese fairytale about a cursed prince born without limbs or skin. Although the original manga was drawn in Tezuka’s signature Disney-influenced aesthetic, the 2019 reboot adapted the novels into a more adult animation style that showcased the monstrous aspects of the source material — it’s a pretty faithful update otherwise. Hyakkimaru must battle the undead to wrest back his body parts from the underworld, but he’s unaware his unholy quest imperils all of Japan. There’s a lot of emotional depth in these 24 episodes, considering how vicious the actual plot is.

In the near future, witches are a secret criminal scourge hunted by a covert government agency known as the STNJ. Robin Sena is the branch's newest recruit, hired for pyrokinetic magical abilities. Robin confronts her enemies and herself in this moody and dreamy gothic thriller. It’s not exactly fast-paced, but the story’s unfolding is filled with dark surprises and a fair amount of violence. This series was also part of [adult swim]’s lineup back in the day, meaning older anime fans probably remember encountering it late at night.

From the first few episodes of Madoka, it would be ludicrous to describe this short series as horror, but a major twist in the plot about halfway through casts a different light on the show’s opening moments.

What appears at first as a Sailor Moon ripoff — frilly rainbow transformation sequences and all! — quickly turns into something much darker when it’s revealed that (MAJOR SPOILER ALERT!) an alien entity disguised as a cute animal companion has actually been parasitically feeding off the magical energies expended by the girls. The extraterrestrial creature is planning on harvesting all of planet Earth as food, forcing the children into a time loop where their ill-fated destiny repeats eternally. This postmodern horror story is filled with experimental animation techniques and a truly devastating existential message: humanity is at the whim of vast and indifferent cosmic forces with a ferocity beyond our comprehension.

Seoul Station is an animated film coming out of South Korea intended as a prequel to the cult hit Train to Busan. The film made its way around the European indie cinema circuit in 2016 before landing on a few streaming services. Like its source material, Seoul Station traces the frightening rise of a zombie pandemic that threatens to destroy the world. Train to Busan was praised for its not-so-subtle social commentary that depicted the ramifications of the devastating wealth gap in Korea — Seoul Station is a little less obviously political but is thrilling nonetheless.

Although it would be impossible to capture the precise and hideous drawings or intellectually sophisticated plots from horror master Junji Ito’s manga in animated form, this collection of shorts does a pretty amazing job of reducing the major themes and motifs into short, digestible segments. Ito’s stories have little in common with Western horror, so each episode is hauntingly fresh and original compared to the formulaic scares we get on this side of the world. The Tomie OVAs are particularly dismal.

watch on crunchyroll
Slide 1 of 3
Did you like this article?