These ballers have taken their talents to the recording studio 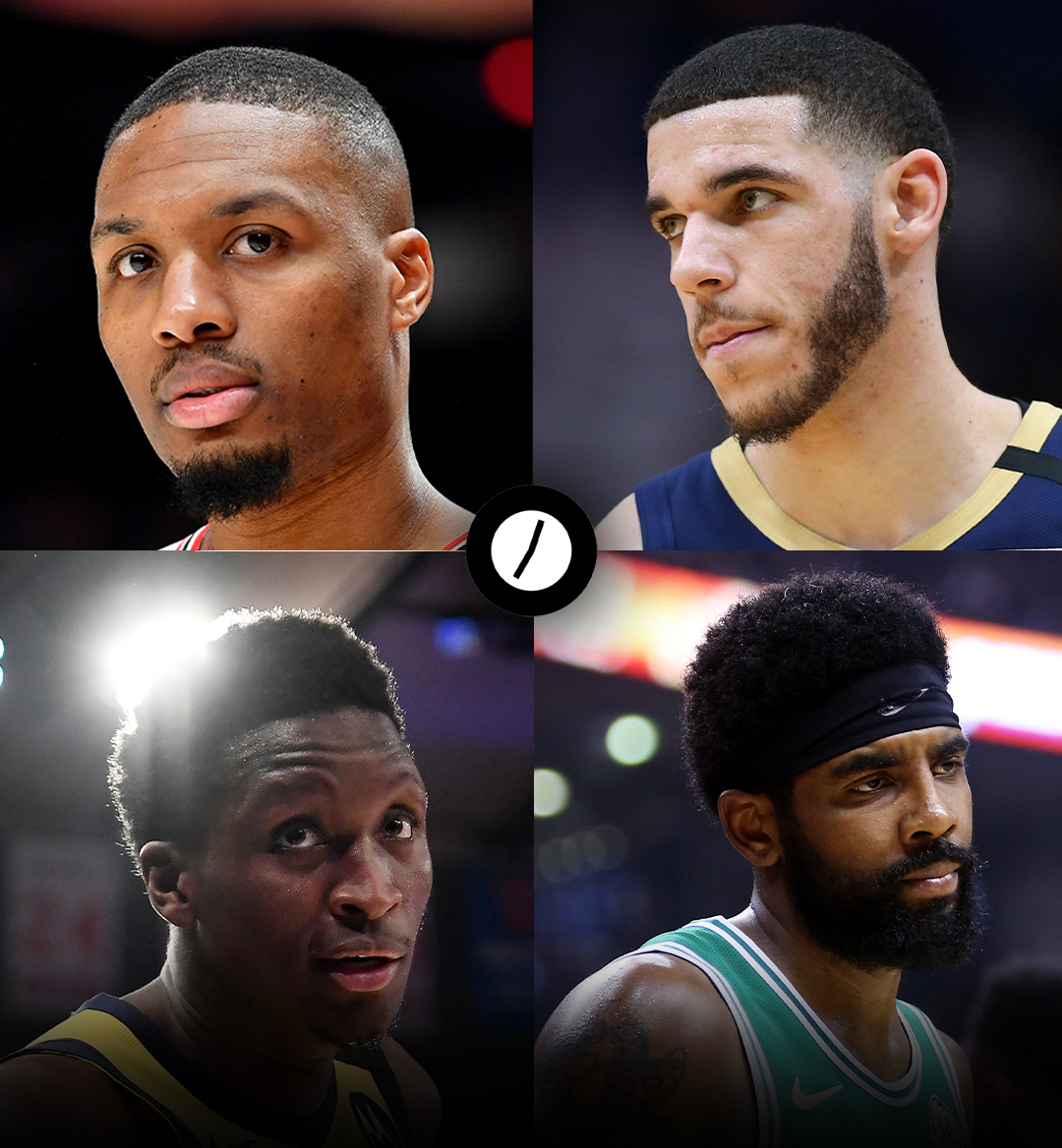 NBA players have a variety of different interests away from the court. Washington Wizards guard Russell Westbrook is into fashion. His teammate Robin Lopez loves comic books and nerd culture, while Chris Paul and Steph Curry spend a lot of time shooting commercials and expanding their business interests.

LeBron James enjoys offseason family vacations with his patent social media post showcasing him working out despite being on break. James Johnson enjoys martial arts and kickboxing, and Rajon Rondo enjoys roller skating, while other players can be seen in the studio creating new music.

Speaking of music, we here at ONE37pm decided to name the top 10 best rappers in the NBA.

Damian Lillard is willing to take on all challengers in the NBA as well as in the booth. He proved that when Shaq dissed him last season after Dame was a guest on the Joe Budden Podcast.

Damian Lillard would come back with “Reign Reign Go Away” and let Shaq know that Kobe won him three rings in Los Angeles and Dwyane Wade helped him win a ring in Miami as well. Fast forward, Lillard and Shaq have been working in the studio together on a mixtape, according to Bleacher Report's Sean Highkin.

When we spoke with Lillard a couple of years ago, he shared that he is down to work with anybody in the NBA.

“I would welcome the opportunity to collaborate. That is something I am open to as an artist," said Lillard.

Rap battles have pretty much been around since the beginning of time. Marvin Bagley sparked one when he declared himself the best rapper in the NBA, challenging Damian Lillard in his single "No Debut."

"No Debut" sparked an immediate response from Lillard, who released 'MARVINNNNNN???' during the 2019 NBA Draft, following it up with 'Bye Bye,' which sampled Drake's notorious diss track 'Back to Back.'

The two eventually moved on, and Bagley released his first album entitled BIG JREAMS in August 2019. This past October, the NBA star dropped his latest single, "P.V.O" (Positive Vibes Only), paying homage to his high school. Bagley is consistently in and out of the studio, so more music is definitely coming.

Los Angeles Clippers guard Lou Williams is a three-time Sixth Man of The Year and one of the NBA's best rappers. The Atlanta native takes his music very seriously, and Drake gave him the ultimate shoutout when he name-dropped Williams on his track "6th Man." Lou has also done freestyles on singles, such as the remix to Meek Mill and Rick Ross’s 'Ima Boss.'

In 2019, he released the single "Rebound," and 'Lemon Pepper Lou' continues to make tracks between games.

If you get 2 Chainz’s stamp of approval in terms of rapping, you are doing something right. In the case of Lonzo Ball, he is on the right track as he continues to create uplifting and family-oriented music.

“Hey, man, I’m all for marketing, I’m all for ownership, I’m all for packaging it up and selling it, and this looks like what the Ball family is doing. It’s a family-oriented video, and it talks about their brand. I’m sure it’s about getting people to actually check out the brand. I already knew Zo rapped; he has brothers in there. It looks like they havin’ fun; I don’t have any problem with it. It’s not going to play on the radio or in the club, but I think it has a purpose,” said Chainz.

Ball recently appeared in season 4 of The Masked Singer.

Free Agent Guard Iman Shumpert has a unique stylistic variant of any person on this list. This is especially clear in his 2016 single "His Story," which is a well-made track with a good variety of streams and a steady pace.

In September 2020, Shumpert released his mixtape Joyride, a Gangsta Grillz album you can tell Iman has come into his craft. His remix for "Dior" by Pop Smoke and Pete Rock & C.L. Smooth "They Reminisce Over You" shows him at his best. The album felt like you were in the midst of a truly fun freestyle session with the homies with some horticultural helpers.

Aaron Gordon has become known for his spectacular dunks and ability to drive to the hoop, but over the last couple of years, the Orlando Magic power forward has taken a dive into the rap scene. Steadily working on music during the early stages of the pandemic, Gordon released his newest song, “Lvl Up,” this past fall. The single also featured our good friend Moe, and “Lvl Up” was well-received by fans. Gordon has reportedly been working on new music, but we may have to wait a little while for his next release as he is currently focused on the new NBA season.

Music has been a passion for Javale McGee since his playing days at the University of Nevada. McGee would use his spare time to play around with beats and music software in between games and classes.

Since then, McGee has established himself as a key player in the NBA, winning two championships with the Golden State Warriors. While certainly successful, the NBA champ has never lost his passion for music and was recently credited as a producer on Justin Bieber’s song “Available.” McGee also hits the other side of the studio from time to time, releasing his debut album Pierre in 2018. We’ll have to see what is next for McGee in 2021.

Andre Drummond currently has the Cleveland Cavaliers off to their best start since the Lebron James era, but like many, he used the break to experiment with other talents. Drummond first captured attention with his 2018 album FYI and has spent the last two years dropping singles during his free moments. Going by ‘DRUMMXND,’ the All-Star spent the earlier part of 2020 playing DJ, hosting several ‘Drummond Quarantine Radio’ events as a way to entertain fans. Right now, Drummond is focused on helping the Cavs achieve their first playoff berth in years, but we’re sure that he’ll be dropping more music sooner rather than later.

Victor Oladipo has established himself as one of the NBA’s most elite players, but he has also become known for his singing ability over the last couple of years. The Pacers’ shooting guard released his first EP entitled Songs For You in 2017 and followed his debut with his first official album V.O. in 2018. The burgeoning R&B artist was commended for his soulful sound, and it’s clear that Oladipo has a bright music career ahead of him. Oladipo most recently appeared on season 2 of The Masked Singer finishing in 5th.

Do you know who else is a pretty good singer? Kyrie Irving.

Irving started his music career showcasing his singing skills for fun on Snapchat and eventually crossed over into hip-hop for the Uncle Drew soundtrack in 2018.

Last month, Irving shared a snippet of the tribute song he has been working on in honor of the late Kobe Bryant, and according to our guy Scoop B., Kyrie has been in the studio quite a bit this past year. Maybe that means we’ll be getting some new music soon.

As you all know, these guys are pretty good at basketball, but it is always important to step out and explore your other talents. Music and Basketball have always gone hand in hand, so surely there are plenty more musician athletes to follow.