Juicy J and Dr. Dina Answer the Question: What is the Future of Cannabis? 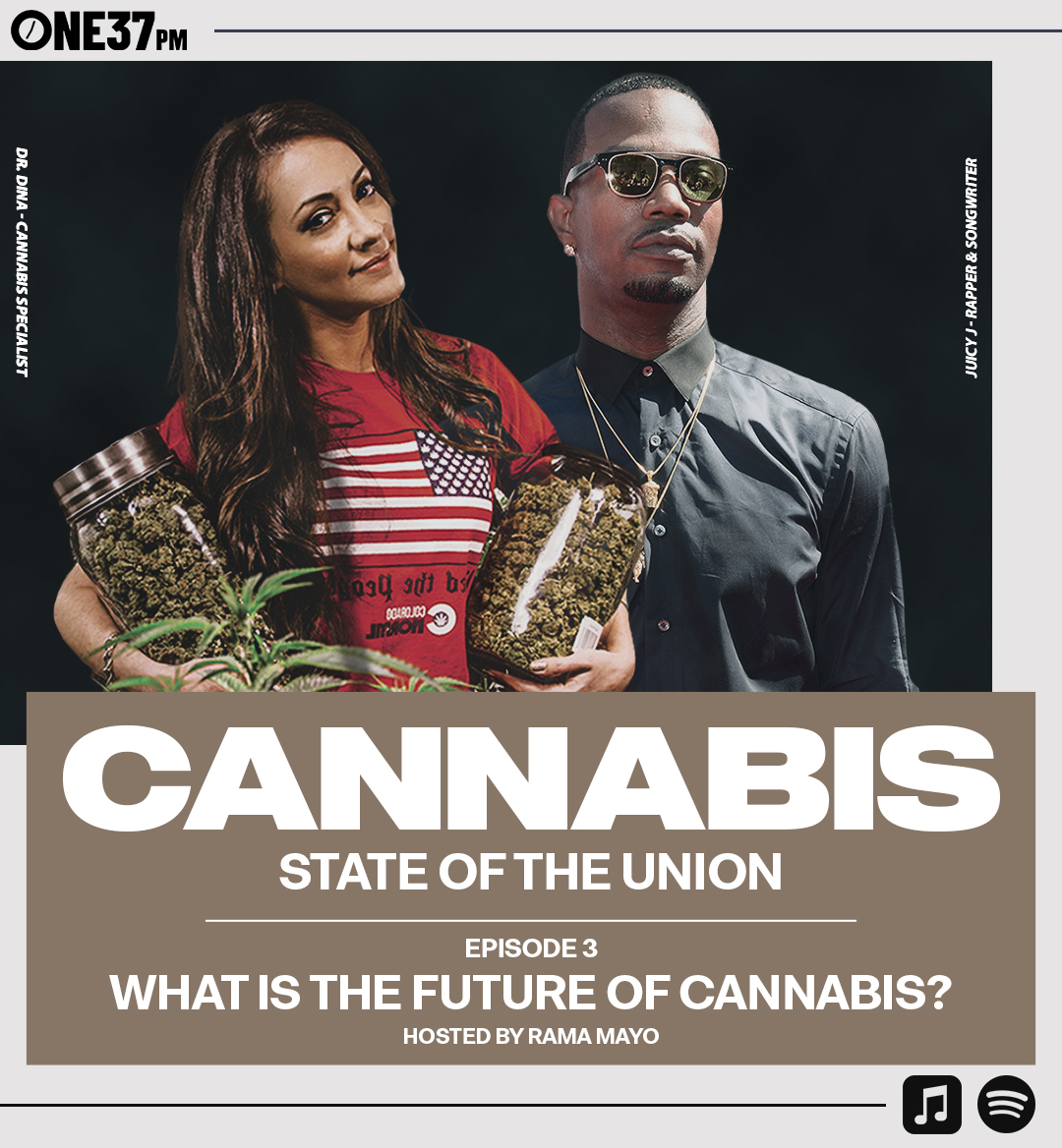 We've talked about cannabis' past and we've addressed the current state of the industry. Now it's time to look to the future and what's to come. In the third and final episode of ONE37pm's Cannabis State of the Union podcast, host Rama Mayo is joined by two big time names in the space, Dr. Dina and none other than Juicy J. Listen to the full episode below to hear their thoughts on the future of a burgeoning industry, but if you're unfamiliar with either of this week's guests, we're here to help.

Dr. Dina isn't a medical doctor, but she received her nickname from one of the most iconic people in the history of weed-smoking: Snoop Dogg. Dina got into the medical marijuana space in the early 2000s when a friend of her was diagnosed with cancer and found that nothing other than cannabis could helm him keep his medication down. If you know the show Weeds, Dr. Dina's story may seem familiar. And that's because she may actually have been the inspiration for the show's lead character. According to Dina's website, she "entered the industry in 2003, two years before [Weeds] debuted and at a time when she had direct contact with creative personnel on the show and when there were very few, if any, other women in the business – especially in L.A." The primary distinction between Dr. Dina and Weeds' Nancy Botwin, however, is the legality of their work. Nancy was a criminal drug dealer, whereas every bit of Dina's work in the cannabis space has been entirely legal and based on the goal of popularizing medical marijuana.

Remaining anonymous for a lot of her career, Dr. Dina was thrust into the spotlight upon receiving an inadvertent “outing” in an article about Snoop Dogg in a January 2013 issue of GQ. We couldn't think of someone better than her to talk about the future of an ever-evolving space.

Odds are you're familiar with Juicy J's music, but we can catch you up a bit on his immense work in the legalized marijuana space. The Three 6 Mafia co-founder is more than just a smoker; he launched a cannabis brand with GaryVee last year and always manages to combine his musical ventures with his rapidly growing cannabis initiatives. Back in January, Asterisk* didn't just release a strain, but coupled the drop with a line of merch and a beat pack. With their meticulously designed aesthetic, Asterisk* beautifully captures the new age of marijuana, one in which weed brands aren't merely cannabis distributors, but overall lifestyle brands.

Between Juicy J and Dr. Dina, there's more than enough cannabis expertise to go around. We've got the medical marijuana perspective, the longtime smoker viewpoint and the expertise from someone who's been in hip hop for a very long time. Listen above if you're interested in learning about the future of cannabis from some of the people most equipped to address it.