Where Can I Buy Sports Cards: Card Collector 2 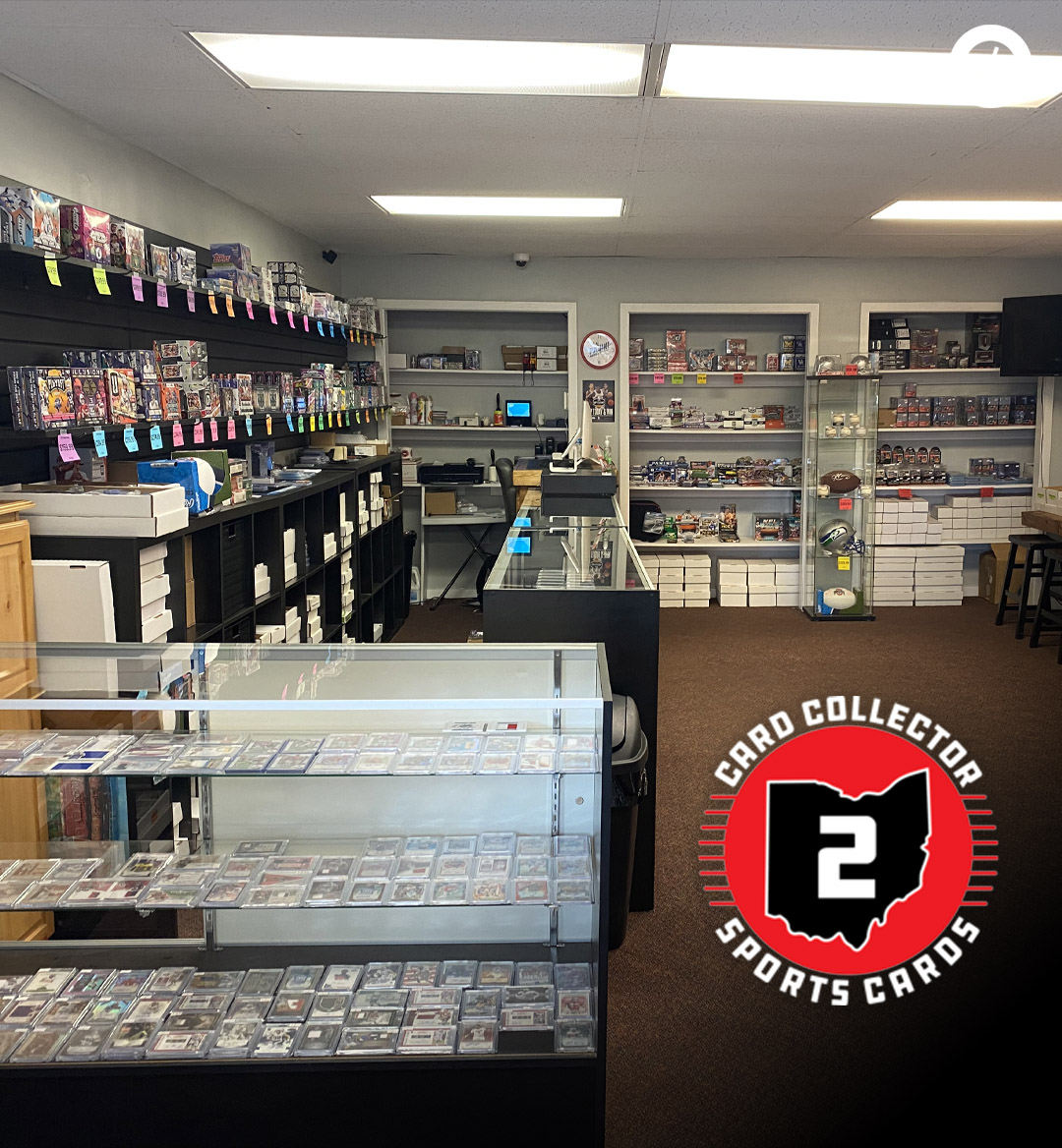 This is the second article in our weekly series as we virtually travel across the country and tell the stories behind some of the top brick and mortar sports card shops in the hobby.

I recently had a chance to sit down for a Q&A with Ryan Johnson, owner of Card Collector 2 in Grove City, Ohio. Ryan is also one of the hosts of the greatest sports card podcast on the planet, Card Talk Pod, which is available on Apple, Spotify and YouTube and can be found here. 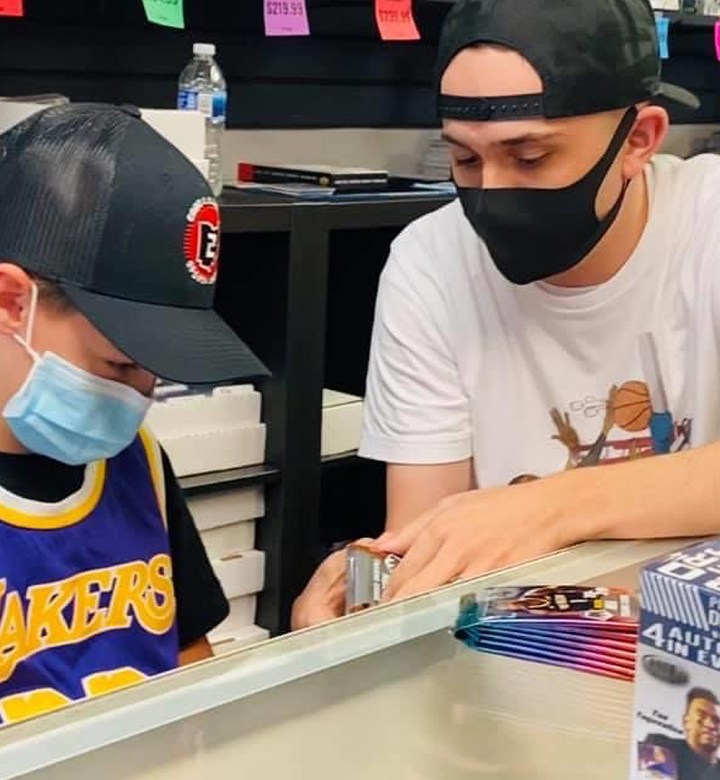 ONE37pm: When did you start collecting and what is your favorite thing to collect?

Ryan Johnson: I got into cards in 1999, when Pokemon started coming around and got out of those when they started getting stolen at school. Kids weren’t allowed to bring them so I started to transition to sports cards. In 2003, when I was collecting football cards, one of the guys that went to my high school (Donnie Nickey) just won a National Championship at Ohio State and was drafted by the Titans. I started collecting his stuff. I was fascinated by a guy who was from my home town playing in the NFL and Ohio State, who I loved. I really got hardcore into sports cards in 2006 and I have been in it online, through social media, and local shows since then.

ONE37pm: Tell me a little bit about the history of Card Collector 2. How did that get started?

Johnson: Back in the day before social media, I was trading on online forums like Beckett marketplace. Then I got into Blowout Card forums. At one point, I was top 10 in total feedback on Blowout. I was on there for years. Back in those days, you used to use Photobucket for your pictures. Every time you posted, a link to your Photobucket was below it, but then they started to charge money and I didn’t want to pay for that. So I thought “what about Instagram? I can just post the link to my Instagram and it will be free.” I posted a lot of cool stuff and then the next thing you know, Instagram starts to take off. People are commenting and liking, and then people are DM'ing me on there saying “hey, do you trade?” I was one of the first people on there for cards specifically. As it got bigger, rather than checking Blowout Forums, you would just check Instagram. So I would just buy, sell, and trade on Instagram. It just got bigger and bigger and grew into what it is. I didn’t get in there to build a massive Instagram following, I got on there to post pictures of some of my cards.

ONE37pm: How did you transition to live breaks, and then eventually to a brick and mortar storefront?

Johnson: In 2016, I was right around 10k followers. I was at a show and got offered some Panini Origins Football at a really good price. I knew I could move it online. I saw some other people breaking boxes through Instagram. I was like “I can do this. I think I have the following to do it.” I went home and moved 27 boxes in one day. It was crazy. For me, I wasn’t doing some of these higher-priced deals that we’re doing now, so to move that much product at one time was very new to me. I realized that this Instagram thing was a bigger deal than I was making it. My following kept getting bigger and we started running grading submissions, doing box breaks, buying, selling, and trading. I was very open about my life on Instagram and as the following grew, our ability to buy and sell just grew exponentially with it. Eventually, it got to the point where that’s where most of my transactions took place.

In October of 2018, my wife and I were headed to our honeymoon and I told her “I’m not coming back to my job after this. This is what I want to do forever. I want to take my shot and see if this works out. I don’t want to wait until I’m 60 and regret not doing this.” I quit my job as soon as we got back. In May of 2019, I got offered the shop. It kind of happened out of nowhere. It took 3 days to finalize it. I bought it and closed for a couple of days to remodel, and then we opened at the end of May.

I always wanted to own a store. Being at home behind a computer is fun but I like talking to people. I’m in this for the connection, the hobby, and being able to have that face to face interaction. That’s not something you can get as much on the phone or a computer. I just didn’t expect it to happen at 26 years old. That wasn’t intended. It just worked out that way and it’s gone pretty well since.

ONE37pm: What’s your favorite thing about owning the shop?

Johnson: I have multiple employees now. We have been able to grow this year quite a bit. For the first 9 months, it was mostly just me. I love being able to go in and talk to people and have a common goal while seeing somebody else teach me things I don’t know. I’ve got younger people, older employees, male and female, there is a wide variety of people. I just learn something new every day and talking to customers face to face is awesome. I love talking about the hobby, but also working with like-minded people.

ONE37pm: What are your thoughts about the future of the hobby?

Johnson: I think the hobby has slowed down a little bit. I think it peaked right when the NBA restarted, so right around August 1st. The market has come down quite a bit. There was a time where nothing lost money. Everything that you bought, you made money on it. That’s not the case now. So I am pretty optimistic about the market at this point, now that the insane hot period has come down to reality a little bit more. There is a lot of attention, a lot of people getting into it. A lot of fresh faces. There are just so many things you can do right now in this business. I’m very optimistic.

ONE37pm: Any message for people who are thinking about coming out to visit you at the store?

Johnson: We try to be a one-stop-shop, so I try to have a little bit of everything. I’m very big on somebody coming in and saying “hey do you have this”? I don’t like to say no, so we are always expanding our inventory. We put out new cards for sale every day. We offer grading and box breaks. We have singles and supplies. If there is anything we can do, you can feel free to reach out and we can definitely help.