Checking In With Tre Trizzy 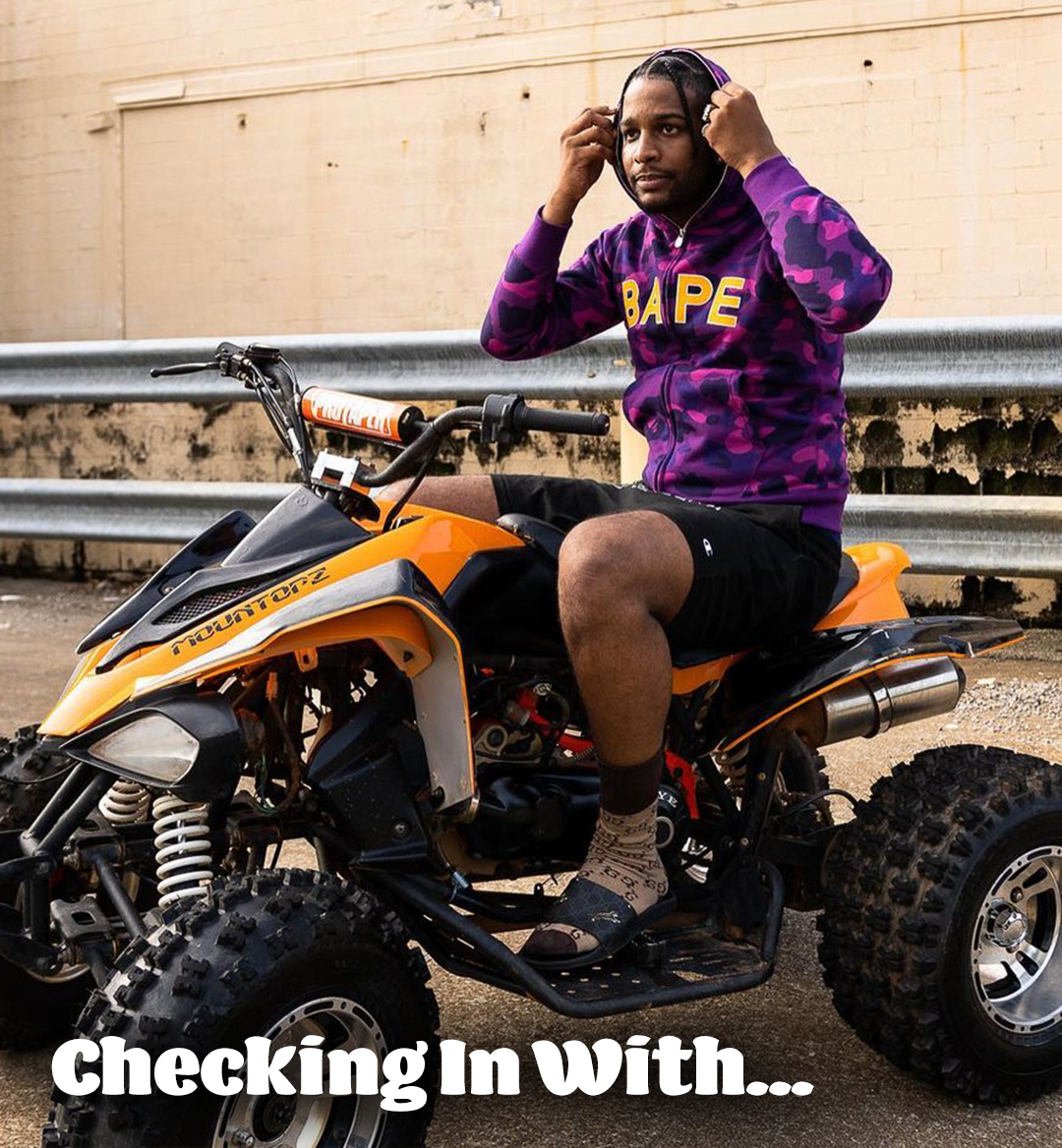 If there’s one thing we’ve learned over the last couple of years, it’s that ‘Trax Szn’ is always in full effect. Tre Trizzy aka Tre Trax has become a name to watch out for. At just 23, he already has a catalogue full of records produced for Mulatto, Light Skin Keisha, and Saucy Santana amongst others. The producer ‘checked in’ with ONE37pm’s Mike Boyd to talk about his career so far.

Boyd: For everyone who’s new to you and your sound, tell us a little bit about how you got into the music scene and what you are working on now.

Tre Trizzy: For me, I was basically born into music. My dad did music and he was managing artists. He had me around the studio all of the time so I just picked it up. It was my only calling. I wouldn’t really know what I would be doing if it wasn’t music. I came up at the age of 12. I was kind of rapping, but in order for me to rap, I had to make beats. I was like let me make them so I don't have to buy them because you know I was 12—I didn’t have any money! So I started making beats, and got a laptop and a program. I started DJ’ing as well when I was 16, and then they both went hand in hand. I got my first placement when I was 17, came to Atlanta at 18, and kept working.

Boyd: Who was your first placement with?

Tre Trizzy: My first placement was actually the first song I ever had somebody rap on which is crazy! It was Lil Donald’s ‘Juice.’ He had signed to Freebandz and Future after the record got hot. My first track ever!

Boyd: Would you say being a DJ and having that experience helps with your production?

Tre Trizzy: I always tell people DJ’ing is an outlet for my production. It’s dope to DJ and play the songs that you actually produce—it’s a great feeling. I am a people person—I love interacting with people and feeling the energy. When I hit the stage that’s my time to shine. I’m getting the energy from fans and people in the crowd. When I’m producing, I’m more to myself and getting my creativeness out. The personality really comes out when I’m on stage.

Boyd: What’s your favorite song that you’ve produced so far?

Tre Trizzy: I couldn’t even tell you! A recent one would be any Saucy Santana song or Light Skin Keisha song. The single I dropped last year with Latto (‘Ready’), people were really feeling that one. That’s probably one of my favorites because I really liked that beat, and to also do it with my close friend was even more fun. It was just a good all-around record. I kind of just work with my friends so it’s hard when you ask what’s my favorite record is because all of these records have memories tied to them since I’m doing them with my friends.

Boyd: What was that like doing ‘Ready’ with Mulatto? What was the story behind that track?

Tre Trizzy: The ‘Ready or Not’ sample is just a legendary sample—so I loved the sample and wanted to put my own little spin on it. I made the beat two years ago and had been sitting on it. I originally made it for Keisha and she thought it was hard, but she never hopped on it. So then one day I was texting Latto, and I was like here’s a beat, go hop on it. I stopped by the studio and she recorded to it—it was a freestyle. After that I was just plugging in and working on it because we had done that song probably like a year and a half before it came out. Then all of a sudden I was like it’s time to drop it. It shows that she can really spit.

Boyd: What do you feel the lane is for women in Hip-Hop?

Tre Trizzy: I see it as most of the streaming listening consumers are women—they’re the most loyal fans. Women are about to go crazy in Hip-Hop or even in general! When there’s that whole argument about what girls are rapping about, I’m like you know girls want to have their fun just like the guys do. Let the women do what they want to do! I think it’s dope to see them do it because they are just showing who they really are. 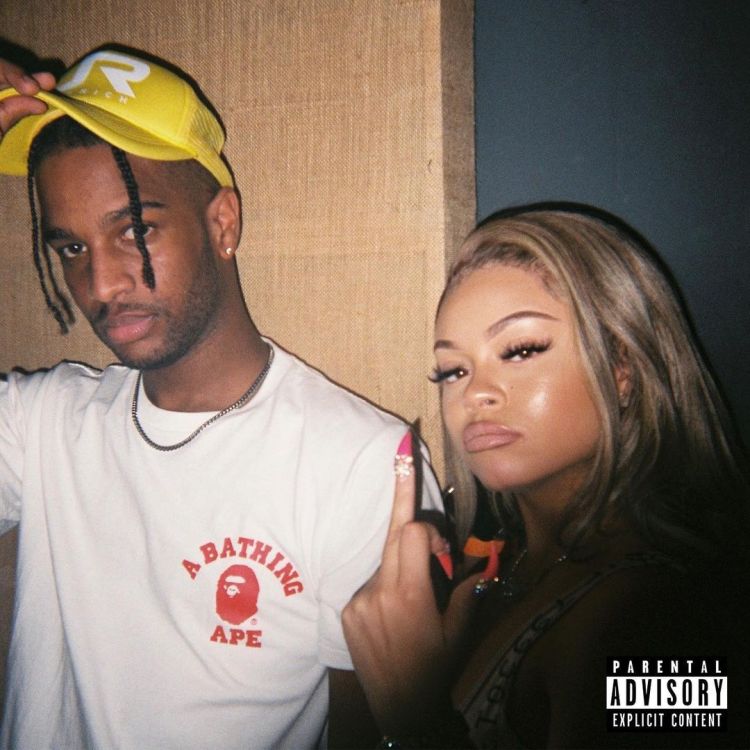 Boyd: A lot of people watching these interviews are inspiring producers and artists. What’s your advice on how you do it?

Tre Trizzy: The first thing I feel is that there’s beat makers, and then there’s producers. As a record producer, you have way more responsibilities than a beat maker. You have to provide the music, coach the artist through the vocals and how it should sound because you’re one with the vision on the song, and you have to control the atmosphere of the studio. That’s what a lot of people don’t realize. If I’m in the studio, I’m controlling who’s in the room, how they are acting in the room, and even the temperature because I need this to come out the way I want it to come out. If it’s a party record, everybody’s taking Patron shots! When it feels like work, that’s when the record’s not coming out the way it needs to.

Boyd: Any tips for aspiring producers?

Tre Trizzy: I’ll give a whole overview of it because it’s not a whole I got a laptop, I got a program, and I’m a producer now. That’s not how it goes. I think a lot of people mistake and mess up thinking it’s like that. I’m 23-years-old, but I started making beats when I was 12. So I’m eleven years into the game and just breaking the mold of me being a successful producer and getting placements. It’s not an easy thing to get into and deal with. It’s not an easy life. I was driving my parents crazy making beats—even in school I was in study hall making beats. You got to keep cranking out beats and networking to get them heard. When I first started, I would spend two hours a day finding those ‘send beats’ emails. I had pages in my notebook full of those emails, and I would flood each email with ten beats. Then that’s when ‘Juice’ happened. After that I used ‘Juice’ as my calling card moving forward. Another thing is, it’s best to build a relationship with the artists that’s not money based. Don’t start on money—the money will come eventually. Stay down with the artist because it makes it so much more rewarding.

With more records in the works, and one of his songs recently being featured in 2K, there’s certainly more success for Tre Trizzy to come.