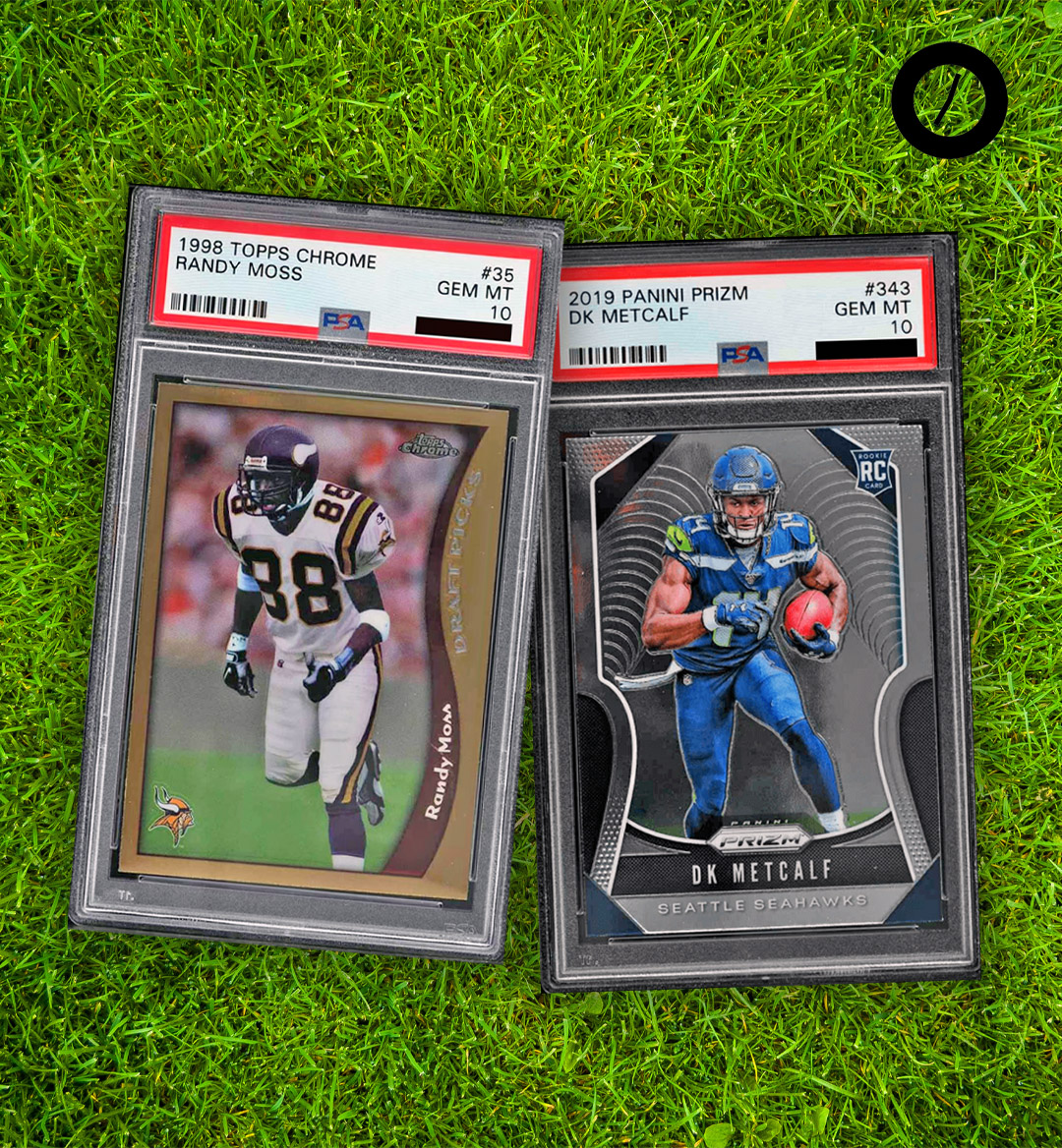 Welcome back to our “Data Debates” series, in which we aim to help newcomers understand the process of evaluating supply and demand and identify which cards are overvalued vs undervalued. In our fourth installment, we will compare Hall of Fame wide receiver Randy Moss' 1998 Topps Chrome rookie card against DK Metcalf's 2019 Panini Prizm base rookie card.

(Note: All values and statistics are valid as of the date of publishing. The opinions expressed in this article are that of the authors. Always do your own research before purchasing.)

The Case For Randy Moss 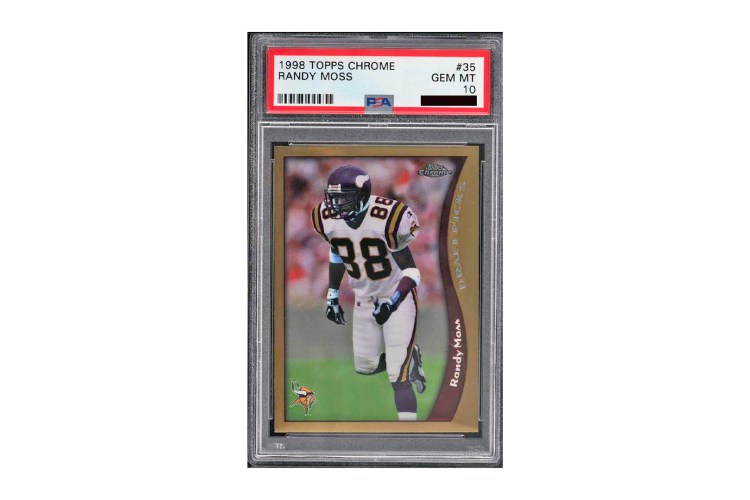 • Record for Most Receiving Touchdowns as a Rookie (17)

Randy Moss was selected 21st overall in the first round of the 1998 draft by the Minnesota Vikings after starring at Marshall University. Before the draft, Moss famously skipped the NFL combine and did an individual workout on Marshall's Pro Day, running a blistering 4.24 40-yard dash. For a 6'4 wide receiver, that type of speed was unheard of at the time, and it certainly opened the eyes of NFL scouts.

In his first year, he took the NFL by storm, shattering the record for most receiving touchdowns by a rookie with 17. Moss went on to play for 5 teams over his 14-year career (Vikings, Raiders, Patriots, Titans & 49ers) and is considered one of the greatest wide receivers of all-time. His accomplishments (listed above) speak for themselves. However, although he made it to two Super Bowls, he never got a ring. In 2018, Moss was rightfully enshrined in the Pro Football Hall of Fame.

Moss currently works for ESPN as an analyst for their Sunday and Monday NFL Countdown programs.

The Case for DK Metcalf 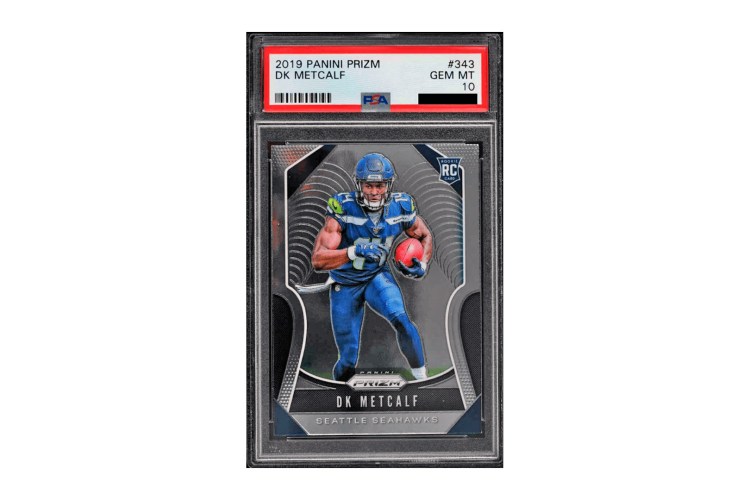 DK Metcalf was selected 64th overall in the 2nd round of the 2019 draft by the Seattle Seahawks after starring at Ole Miss. Like Moss, DK Metcalf was 6'4" tall and a physical freak coming out of college. However, scouts seem to have talked themselves out of selecting Metcalf in the first round because of a poor showing on some agility drills at the NFL Combine. Because of that, he was actually the 8th receiver taken in his draft class behind guys like N'Keal Harry, J.J. Arcega-Whiteside, Deebo Samuel, AJ Brown, Marquise Brown, and Mecole Hardman.

Unlike Moss, DK Metcalf had a good but not great rookie season, tallying 58 catches for 900 yards and 7 touchdowns. However, in his sophomore year with the Seahawks, Metcalf has taken the NFL by storm. His current stat line after only 7 games is 36 catches, 680 yards, and 7 touchdowns - which has him on pace for 82 catches, 1550 yards & 16 touchdowns.

Obviously, it's silly to compare the all-time on-field accomplishments of a Hall of Famer to one half of one season of a second-year player. However, if you believe that DK Metcalf is on the verge of becoming one of the best wide receivers in the game, it is fair to use the value of Randy Moss' rookie cards as a future gauge of "what if DK is the next great receiver and what will that mean for the value of his cards." 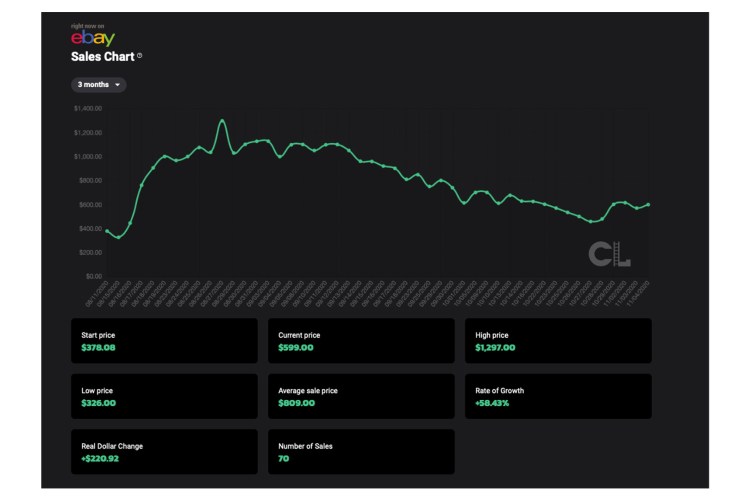 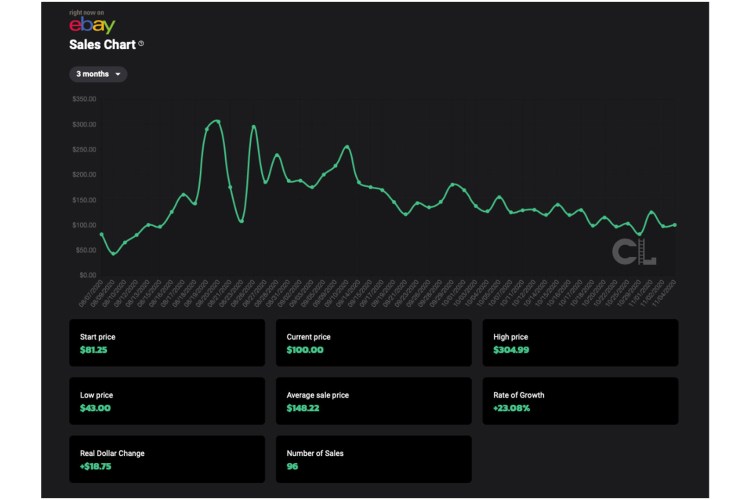 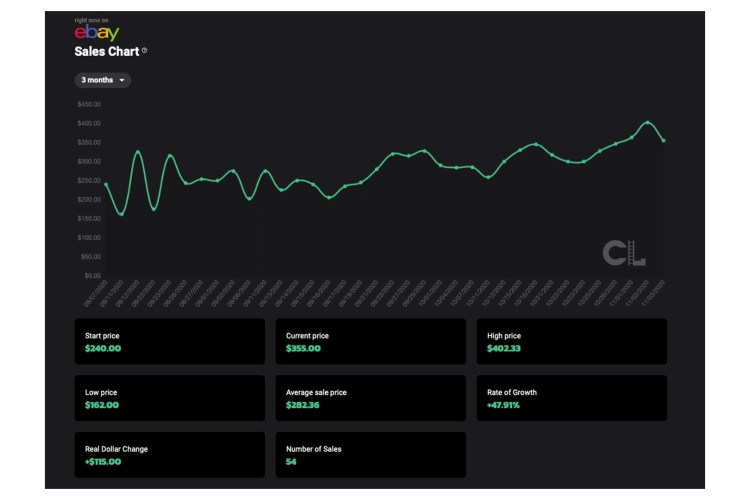 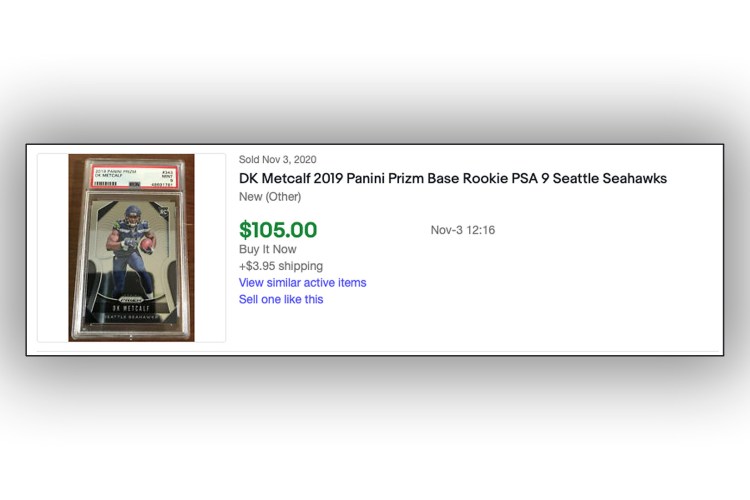 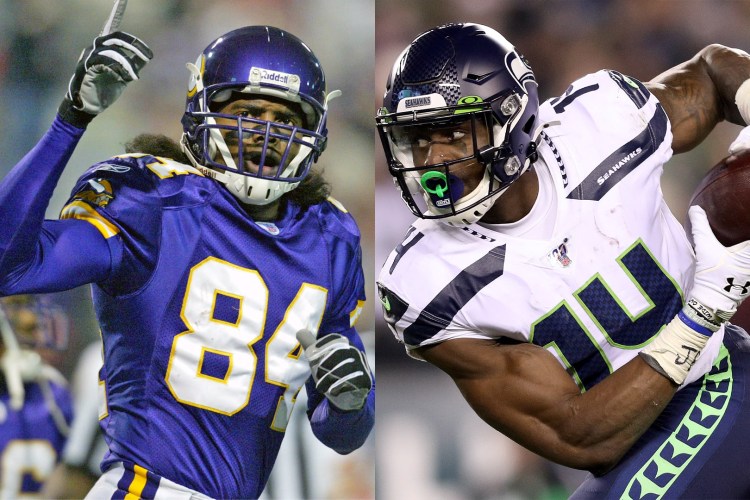 As I previously stated, this debate comes down to one thing and one thing ONLY... how good do you think DK Metcalf will be?

Currently, Metcalf is in a perfect situation for a young, emerging wide receiver. The Seattle Seahawks are one of the top franchises in the NFL with a top-notch head coach (Pete Carroll) and a future Hall of Fame quarterback (Russell Wilson) who is still in the prime of his career. Russell Wilson elevates the play of that entire offense, is on pace to be the NFL MVP in 2020, and you can count on him to be at the top of his game for at least another 5-6 years. Metcalf has become his favorite target, and the two are one of the most lethal duos in a pass-heavy league. DK has everything going for him with the arrow pointed towards potential greatness. The only question is, will he stay healthy, and how great will he become.

The market cap on Randy Moss' 1998 Topps Chrome rookies ($1,015,277) is 20x that of Metcalf's 2019 PSA 10 Prizm rookies ($55,734). This gives a fairly good snapshot of what the potential upside is in a DK Metcalf investment. Will he become the next Randy Moss? That might be a stretch. However, if he even enters the conversation on that level and closes the gap so that Moss' value is only 2x that of his, you could be looking at a massive long-term 10x return on your investment.

I would not play the DK Metcalf market with a short-term flip strategy in mind. If you are going to invest in his cards, stick them in a safe, watch him tear the league up in the coming years, and smile every time he and Wilson hit pay dirt. This is a marriage made in heaven, and I am all-in on DK. The sky is the limit on both his on-field potential and card value upside, and my Metcalf PC is growing by the day.