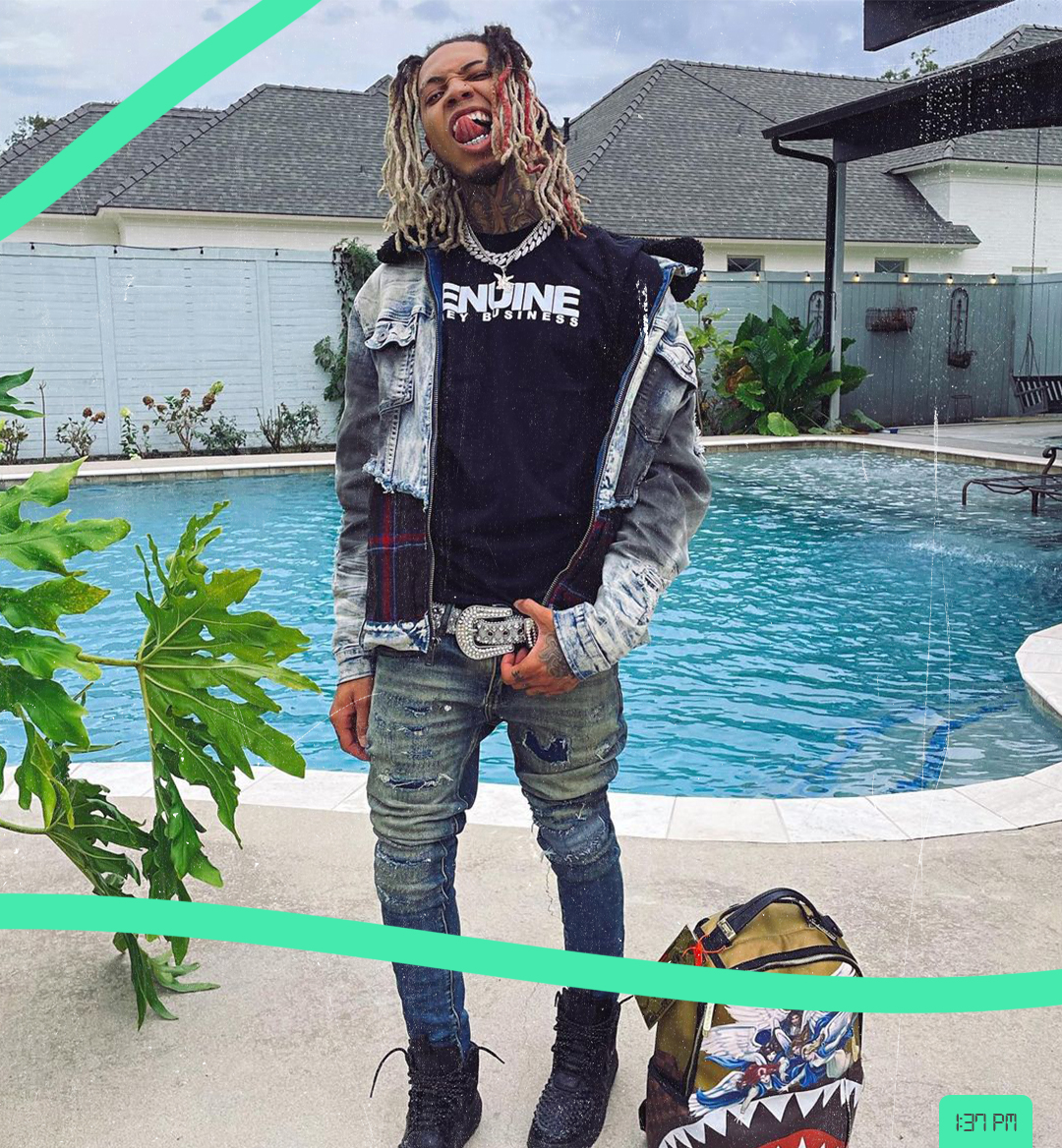 Louisiana-based artist Fase Yoda joins Mike Boyd Jr on this episode of Monday To Monday to talk about the common themes in his music, advice from Young Thug, and what we can expect from him next. Additionally, he goes into more detail about the visuals behind his latest single, “Messed Up.” Yoda even talks about his journey on TikTok and gaining over a million followers on the platform. Be sure to tune in below!

Boyd commences the podcast by asking Yoda where he’s at right now. Yoda notes that he’s in his home state of Louisiana right now. Boyd then asks what it means to him to be a rising artist coming from Louisiana. Yoda says he’s glad to be a buzzing artist from the bayou state.

Boyd then asks about his vision for his brand and career, asking how it feels to be where he is at right now. Yoda said that this is all he’s been working for since he was a kid, noting that he’s been manifesting this. Yoda tells us that he began producing beats at sixteen but began to rap at eighteen. He further adds that he is inspired by Young Thug, Post Malone, and even newer artists such as Billie Eilish. If you’re a new listener or fan and you didn’t know this, we interviewed Yoda back in August, be sure to check it out below!

Following this discussion, Mike Boyd asks Yoda about his music video for his latest single, “Messed Up,” containing several strong visual elements. Yoda voiced that his favorite scene when he is alone on the road as it symbolizes being alone. In addition, Yoda says that each scene represents a particular point of his life and how he felt. Yoda also gets Boyd excited by adding that he just shot two more videos in Atlanta for his upcoming releases. If you haven’t seen the music video for “Messed Up” yet, tune in below. The video inches closer to one million views every day!

Following this conversation, Boyd solidifies his confidence in Fase Yoda by preaching that he will be a star, then follows up by asking what the meaning behind the lyrics of “Messed Up.” Yoda explains that “Messed Up” is his favorite song to date because it is about an ex-girlfriend who changed his whole life in the best way possible. To Boyd’s surprise, Yoda says that he was anti-tattoo while he was dating her. It wasn’t until after the breakup that Yoda began to change his life for the better, getting meaningful ink tattooed on him and working out. Yoda describes that he began writing the song over two years ago but never finished it, only writing the first verse. He later came back to it and knew it would fit perfectly with what he’s currently working on in his career.

Mike Boyd then shifts the conversation to ask about being around Young Thug. Next, Boyd asks if there is anything that stood out to Yoda that Thugger told him. Yoda quickly says that he’s dropped a lot of big gems that have motivated him and wanted to ask him what the most prominent accomplishment he’s made that’s made him happy. Yoda continues by saying that thug responded, “I make millionaires,” which is referencing the artists and teams he’s championed along the way.

Boyd further asks about Yoda’s inspiration for fashion. Yoda replies that he has always been a fan of anime such as Naruto and Demon Slayer, which has always played a big role in influencing his fashion style. Yoda says that anime is a significant influence on culture and jokes that people who watch anime get the ladies. Check out his fashion below!

Be sure to listen to this episode of Monday To Monday to learn more about this star in the making! It’s full of memorable and personal moments that will make you want to put Yoda’s latest song, “Messed Up,” on full blast. Tune in!