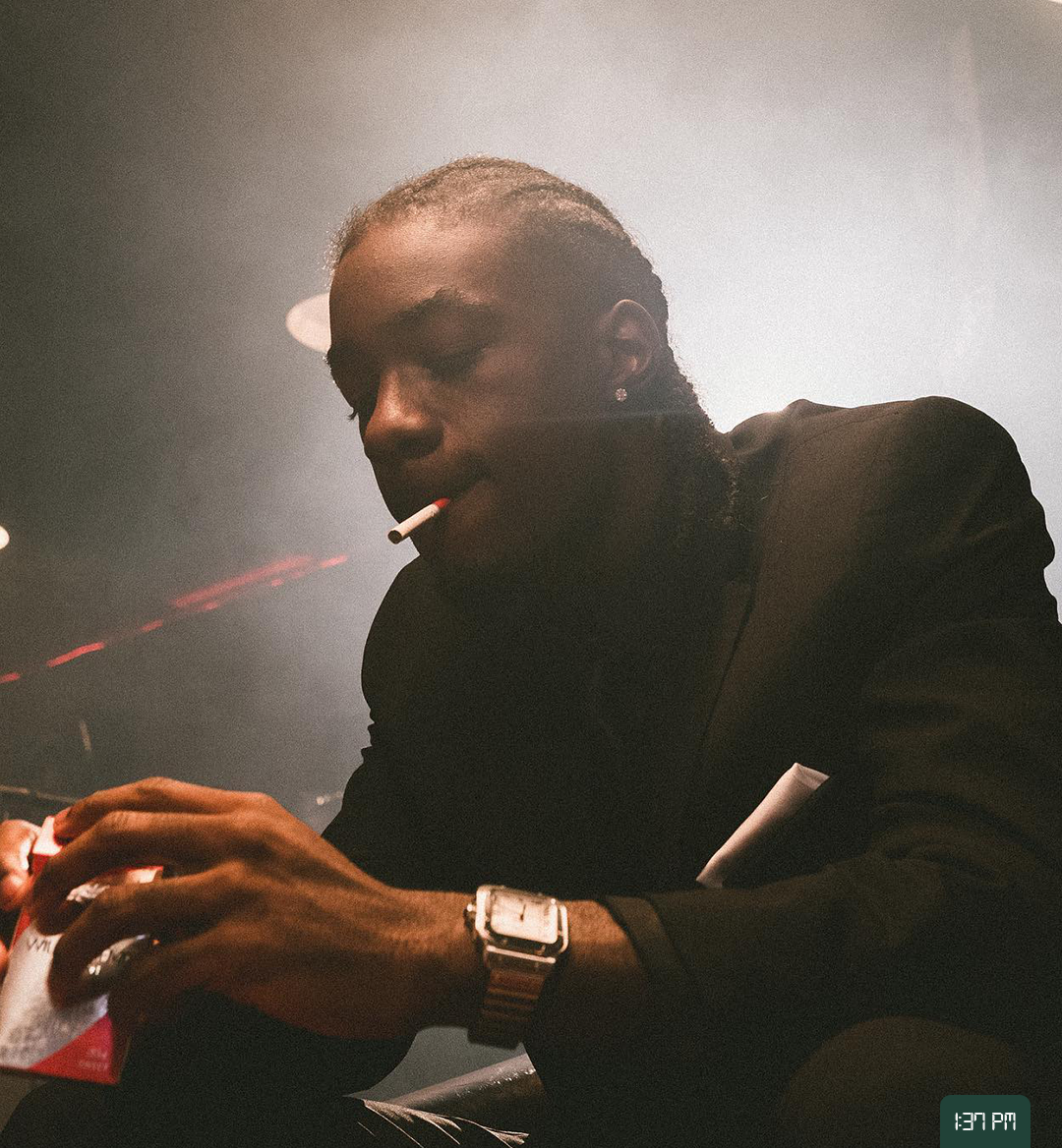 If you're new to ONE37pm, allow me to introduce you to Fresco Trey. Covered frequently, and an artist we've bet our money on, is Trey, a rising star from Memphis, Tennessee. Trey is best known for his hypnotizing melodies, proficient lyrics, and eye-capturing visuals. Trey is coming off his latest release, "Couple Hunnid," a candid song about his experiences with women and success. If you haven't heard it yet or are not familiar with the artist, tune in below!

What makes this song so unique and special is the origins from which its hype originated. In October, Fresco Trey posted a TikTok of him in the studio dancing to the song on top of a table, recognizing the eminence of which he created. Additionally, his whole team was feeling the energy and vibing as well, as everyone was dancing. Be sure to watch it below!

This TikTok would eventually reach the masses, as it went viral, gaining over 1.3 million views since the video was released, with over one hundred thousand likes. Comments within this TikTok are infused with praise and telling Trey to drop the then-unreleased song. One viewer, Antonio Mack, commented, "Can we all acknowledge the heat contained in this snippet?!? I need this in the gym asap!" Additionally, the comments were filled rampant with people asking the release date, with Anthony Seymour saying, "Who else wants that release date for this song!"

Mike Boyd also brings up the success of this TikTok on the Monday To Monday podcast released in November. Mike Boyd asks Trey how the TikTok came to be and why it became so popular. Trey says that it wasn't planned, it was just an authentic reaction to his song being played back and him hearing it for the first time; he didn't even know that they were recording. Trey explains that as an artist, when you're recording a song for the whole day, it sounds different and that he never had the chance to listen to the rough mix.

He exited the booth following the song's recording and told them to play the track. When it started playing, he thought to himself, "that's hard," and then got on top of the table. Everybody in the studio was naturally reacting to the song, making the video feel more native. It wasn't until the next day when Trey was sent the video from his videographer that he saw it and knew he had to post it. Mike Boyd corroborates by saying that the secret to TikTok is being authentic, noting that if Trey told everyone to dance, it wouldn't be the same. Be sure to tune in to the episode below to watch or listen to the full podcast!

In "Couple Hunnid," the song opens with an eight-bar repeating guitar riff that one wouldn't expect to hear on a hip-hop-esque song. However, Trey quickly delivers his rich and distinctive lyrics, forming the unfading melody with his one-of-a-kind voice. The steady beat combined with Trey's voice makes for a listening experience. In the piece, Trey preaches the message that money makes his love interest fall in love with him. Overall, the song is refreshing and will end up on repeat in your playlist for weeks to come.

Additionally, Trey and his team released a music video for the single. The video opens up with Trey in his hometown of Memphis, Tennessee, with a sign saying, "$1M Cash or She's Dead. You Have 48 Hrs." The following few scenes show Trey's woman of interest taken by the antagonist, a mafia boss, with the theme of the mob prevailing throughout the video. The video goes on to show Trey fighting to get back his girlfriend. The video is very captivating and reveals the type of creativity that he brings to the table as an artist. Be sure to tune in below!

While the song has only been out for just a few days, it is already receiving a lot of positive reactions from fans and new listeners alike. Since the music video's release, it has gained over sixty-five thousand views, passing three thousand likes. Additionally, the comments on the music video have been nothing short of supportive. One listener commented, "Glad the release has finally come, been addicted to the song since before viral on TikTok! Amazing song Fresco Trey, Stay grinding, brother." This is just one of the hundreds of positive comments.

In short, if you are not familiar with Fresco Trey, you need to tune in to "Couple Hunnid." It is a perfect introduction to the emerging artist, as he shows off her versatility and potential. With over a thousand comments across TikTok and YouTube, it is clear that listeners are excited to hear what Trey is going to drop next. So be sure to check him out and stay up to date with ONE37pm for all things Fresco Trey and music.