The 4 Arcade Machines We Wish We Could Own

Arcade1Up should create these four game cabinets next 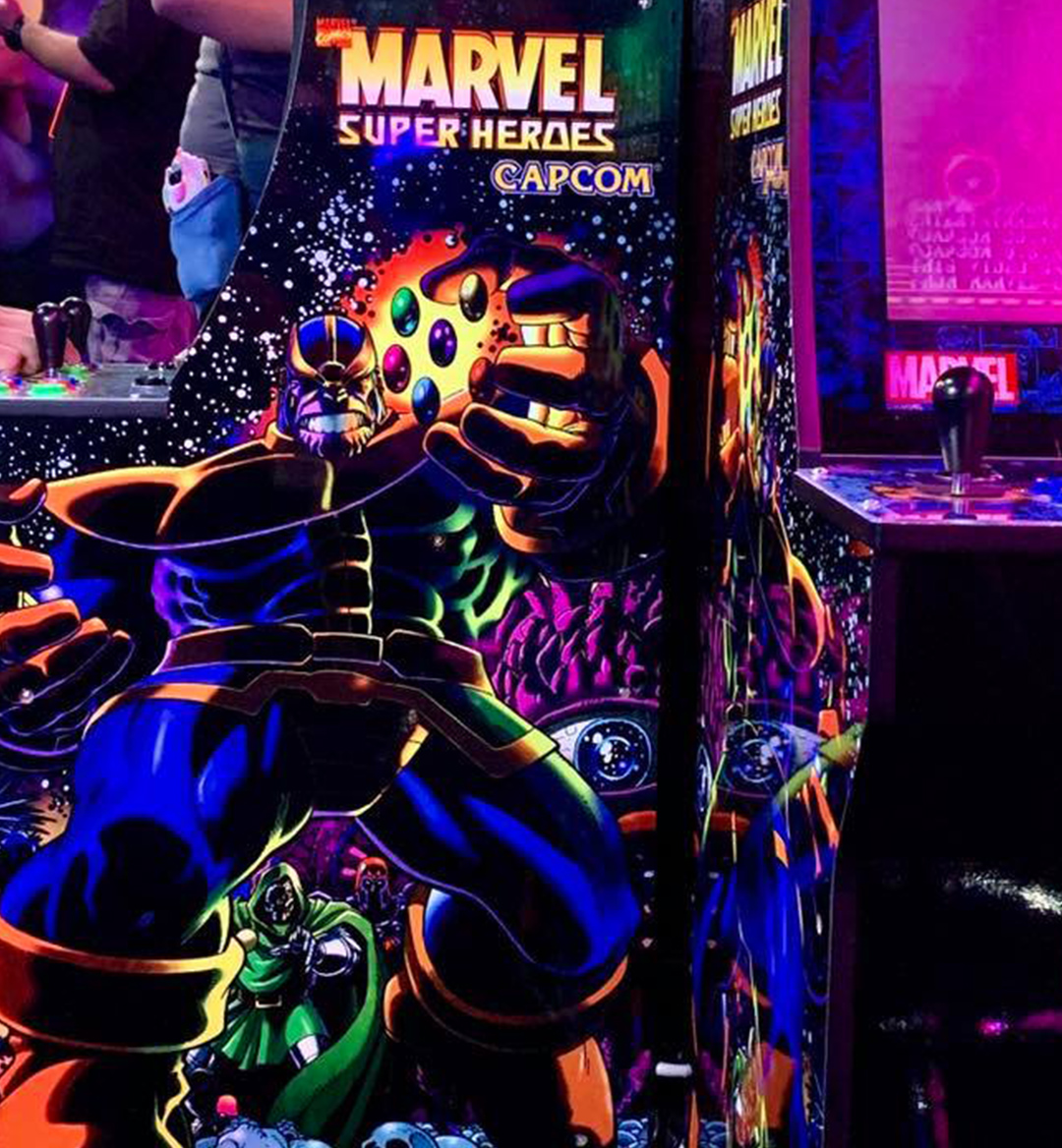 The days of smoky arcades filled with school kids trying to beat the high score on their latest button-mashing addiction may be behind us, but the spirit of that bygone era still lingers to this day. Thanks to Arcade1Up, that nostalgic feeling can be felt in the comfort of one’s own basement or living room. The burgeoning home arcade cabinet company produces machines that come preloaded with playable blasts from the past.

Arcade1Up has produced a line of quality cabinets based on throwbacks such as Mortal Kombat, Space Invaders, Golden Tee, Pac-Man, Galaga and countless others. During this year’s E3, Arcade1Up announced an upcoming array of arcade cabinets that got plenty of veteran gamers excited. We can now look forward to spending all of our free time—and no quarters—on new cabinets that house games based around Star Wars and Teenage Mutant Ninja Turtles. Then there are the two upcoming cocktail-styled arcade machines that’ll honor the storied past of Capcom and Namco. To say that Arcade1Up has been on a roll thus far would be a gross understatement.

With news of these home arcade cabinets hitting the web, it came as no surprise that oldschool gamers started putting wish lists together for their dream Arcade1Up setups. And of course, we wanted to join in on the fun. The four following home arcade concepts would liven up our homes even more if Arcade1Up answered our prayers and revealed them in the near future. 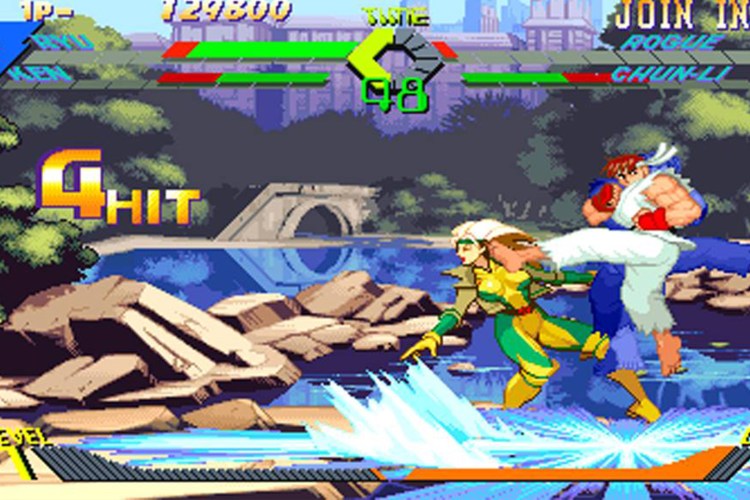 One of the newest Arcade1Up cabinets that’s set to launch is dedicated to Capcom’s Marvel Super Heroes. X-Men Children of the Atom and The Punisher are set to come packed in with the classic 2-D fighter, which is definitely a nice touch. Since it’s pretty evident that Arcade1Up and Capcom are enjoying a fruitful business relationship, we think the brand can continue to prosper if it create the ultimate 2-D fighting arcade home machine.

The most sensible follow-up to that aforementioned combo cabinet is a home arcade machine dedicated to the golden age of Capcom’s crossover fighters. That dream cabinet would come preloaded with the best of the best in the form of X-Men vs. Street Fighter, Marvel Super Heroes vs. Street Fighter and Marvel vs. Capcom. Wedging the massive roster and advanced mechanics of Marvel vs. Capcom 2 in there would be awesome but not exactly plausible. We’d be just fine with this proposed Capcom home arcade collection and a future cabinet solely dedicated to MVC2 later on. 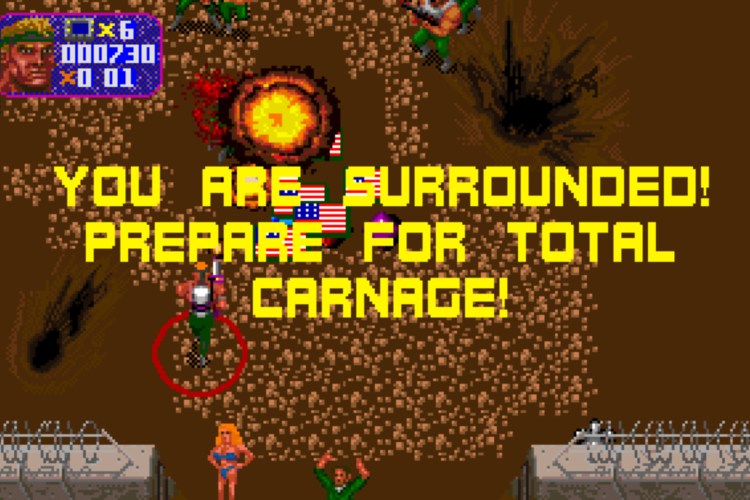 But the company’s playable tributes to Midway shouldn’t stop there. The next Midway-dedicated machine should stick to the theme of fast-paced action by utilizing these retro greats: Smash TV, Spy Hunter, NARC and Total Carnage. We’ve been itching to bash a few buttons and shoot down the never-ending opposition in these four games for a while now. Here’s hoping that Arcade1Up helps scratch that persistent itch sometime soon. 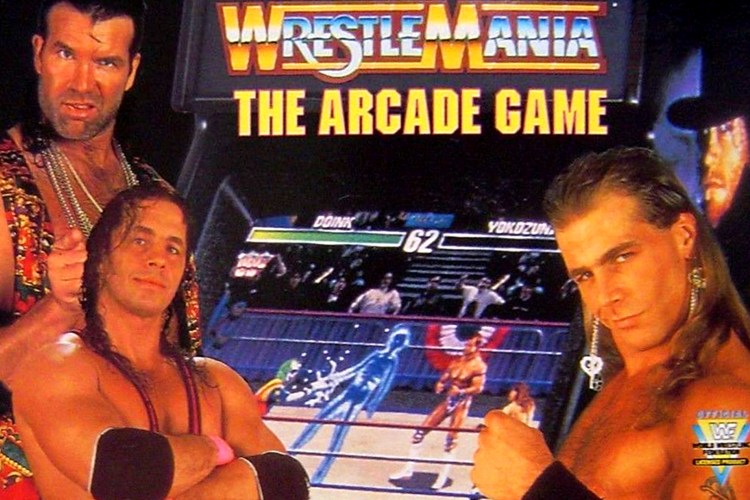 Besides having traditional fighting games, arcades were home to a bunch of awesome squared circle grapplers based in the colorful world of professional wrestling. The World Wrestling Federation (now World Wrestling Entertainment) showcased its top stars in a number of standout games. The three titles that immediately come to mind are WWF Superstars, WWF WrestleFest and the completely zany WWF WrestleMania: The Arcade Game.

Superstars’ intense tag-team skirmishes, WrestleFest’s rambunctious Royal Rumble madness and the Mortal Kombat-centered mechanics of WrestleMania: The Arcade Game were all unmistakable and memorable. Bringing all three of those games back in a modern Arcade1Up format seems like the best way to revive WWE’s most revered quarter munchers. 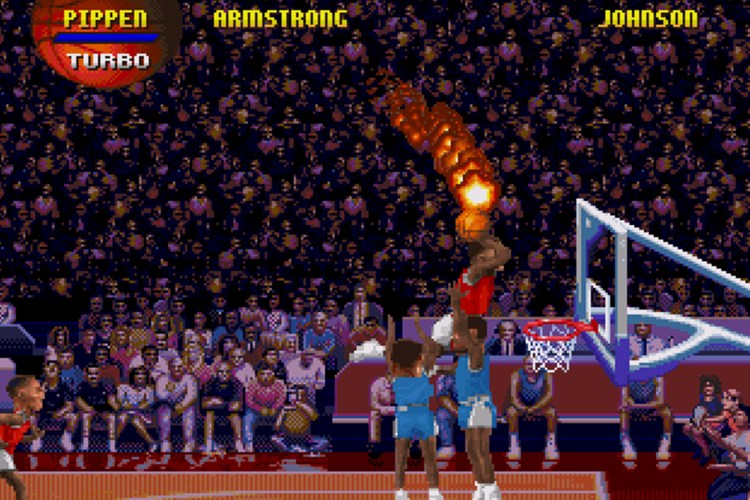 “BOOMSHAKALAKA!” Anyone who walked into a local arcade and heard that catchphrase booming across the room knew exactly where it was coming from. Tim Kitzrow’s iconic callout will forever be linked to the legendary arcade basketball franchise NBA Jam. The game’s combination of classic two-on-two play sessions, all-star team lineups and over-the-top gameplay turned it into a worldwide phenomenon.

It’d warm our heart (and force us to bring back our fingerless gloves) if Arcade1Up announced a home cabinet that’s all about the good ol’ days of NBA Jam. This machine would be the best thing going if it featured the original game, the updated NBA Jam Tournament Edition and 1996’s NBA Hangtime. We’d love to annoy our neighbors with Tim’s excited proclamation of our star player’s “flame worthy” performance. Make our 2-D hooping dreams come true, Arcade1Up.

Related: A Brief History of ‘Star Wars’ Games from 1982 to Today