Let’s break down all the greatness E3 delivered 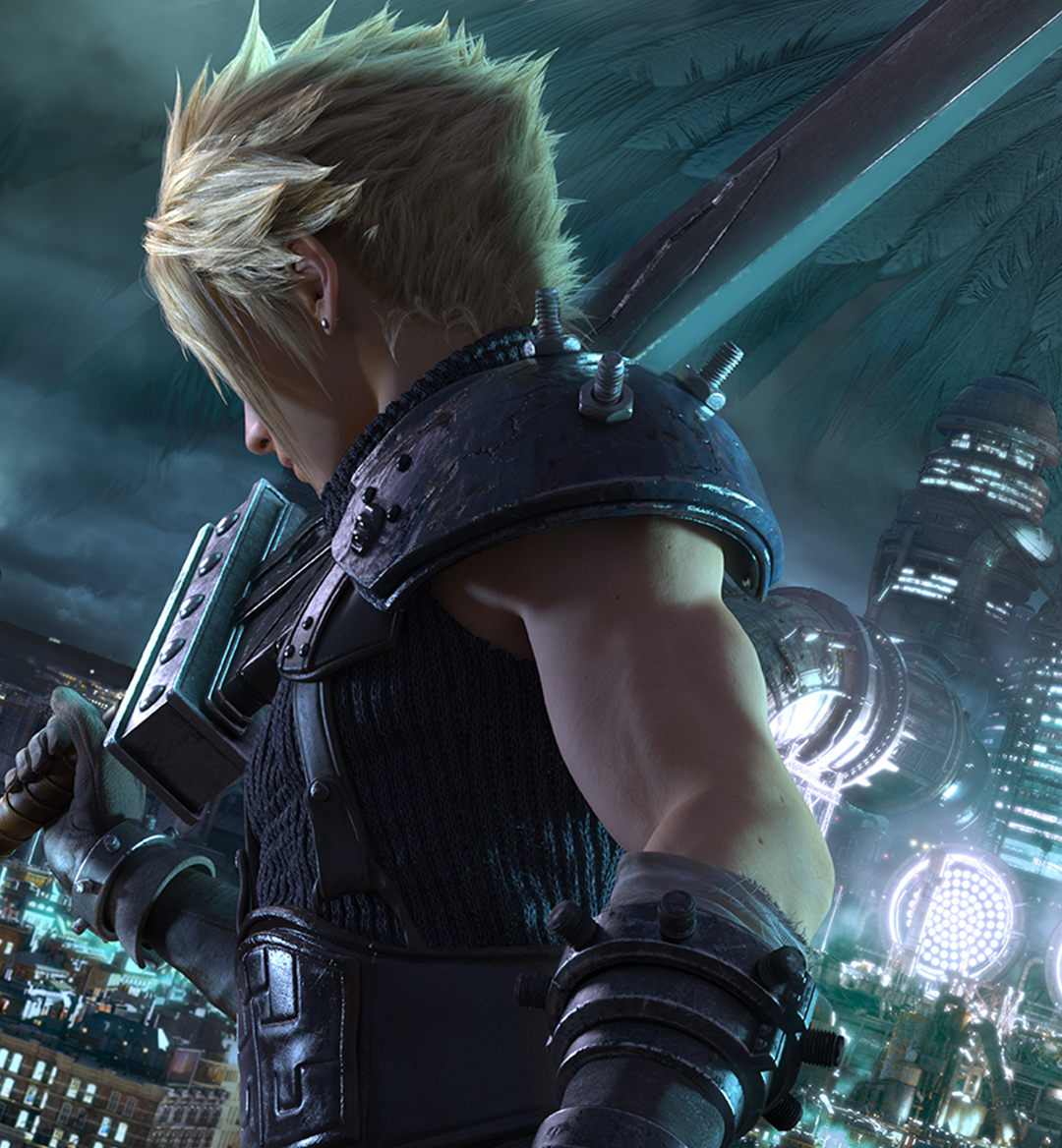 This year’s gathering of the biggest video game publishers, developers, journalists and other industry movers and shakers has come to a close. The 2019 Electronic Entertainment Expo brought with it exciting announcements and major reveals for the future of gaming. While it was definitely a step below previous show installments, E3 2019 still managed to give gamers a reason to be excited for the hardware and software they keep as centerpieces in their homes.

Here’s a quick rundown of the news that mattered the most:

While all those announcements were worth the hype, the fresh trailers were even more exciting. After watching—and rewatching—all of the jaw-dropping footage, we’ve narrowed down the very best, in no particular order.

Those pre-E3 2019 leaks may have given us a sneak peek at this upcoming JRPG from Bandai Namco, but the full trailer reveal for Tales of Arise wowed us. This Tales entry looks to be the grandest one yet—the scenes that showcased the game’s sprawling world, beautiful kingdoms and flashy combat lets us know that this project has been given the big-budget treatment it deserves.

The Locust are still a force to be reckoned with in the world of Gears. Taking the fight to them has been altered in a way with the introduction of a new mode called “Escape.” The latest cinematic trailer for Gears 5 was simple and straight to the point: Three players go in and attempt to wipe out a horde of baddies and destroy the Locust menace from within. Getting a detailed look at the new characters and watching all the mayhem unfold was all types of intense thanks to the addition of Trick Daddy and Lil Jons vocals from “Let’s Go.” Can’t get any more hype than that, right?

So the rumors were true! News had begun circulating before E3 about a joint project between George R.R. Martin and Hidetaka Miyazaki. Dark Souls fans and everyone who followed along with the final season of Game of Thrones hoped this collaboration was indeed real. During Microsoft’s press conference, we got our first look at what that mystery project would be. Elden Ring’s debut trailer welcomed us into a dark fantastical world full of brutal melee combat. The sense of hopelessness felt throughout this trailer hit us hard thanks to the solemn and prophetic narrator. The mystery surrounding this action RPG sucked us in and now we can’t wait to explore Elden Ring’s vast open-world.

“The Evil Within 3” just wasn’t meant to be during Bethesda’s press conference, sadly. But our disappointment quickly washed away once Tango Gameworks’s Shinji Mikami and Ikumi Nakamura showcased their new IP. The creepy factor hit an all-time high during the entire duration of the reveal for Ghostwire: Tokyo, a paranormal adventure that certainly piqued our interest. The disappearing Japanese populace and the otherworldly threat connected to this occurrence makes for the type of game we can’t wait to get our hands on. Shooting arrows and emitting energy blasts from our hands is going to be so much fun once Ghostwire: Tokyo finally drops.

The 2016 revival of DOOM refined the basic parts of first-person shooters and turned the action up to 11. During the lead-up to E3, tidbits of gameplay footage for the game’s follow-up hit the web and got us ready for what’s to come. Once DOOM Eternal finally got its time to shine during Bethesda’s press conference, it didn’t disappoint. The all-powerful Doom Slayer could be seen wreaking havoc on Earth as he battled against the denizens of Heaven and Hell. Chainsaws tore demons in two, big ass guns were put on full display, and the Doom Slayer’s amazing verticality skills was the star of the show. After watching all of that, DOOM Eternal shot up to the top of our list of the most wanted games for fall 2019.

WE CALLED IT! Our crystal ball full of video game predictions told us that a certain bear and bird duo was ready-made for Smash. While the appearance of The Hero and his many alter egos from Dragon Quest in Super Smash Bros. Ultimate is cool, Banjo-Kazooie’s shocking debut quickly overshadowed that announcement. Props have to go out to that damn Duck Hunt tag team—their trolling antics raised our blood pressure for a quick second there. But once he was dashed away and Banjo-Kazooie marked his grand arrival, we screamed like schoolgirls and almost shed a tear. The new rendition of Spiral Mountain was the perfect soundtrack for Banjo-Kazooie’s return to the wonderful world of Nintendo. And that Final Smash of his was simply magnificent. You already know this, but it bears repeating—Masahiro Sakurai is a national treasure and should be protected at all costs.

So now we’re taking the trip to London. But once we get there, we’ll have to confront a ruthless regime that’s none too kind to the people it rules over. This predicament means that a civilian uprising is in order. Taking back London is the name of the game in Ubisoft’s Watch Dogs: Legion. The world premiere trailer for the third installment in this open-world hackathon performed its duty well—it got us to care about another Watch Dogs sequel. The fact that anyone from within London’s population is playable has us giddy with glee. Taking the fight to The Man in a new locale as an ex-spy, a bare-knuckle brawler, a robotics expert and even an old lady who used to be an assassin looked amazing in action. Sign us up, Ubisoft Toronto!

Two words: Keanu Reeves. Two more words: “YOU’RE BREATHTAKING!” The one actor we all adore hit the stage during Microsoft’s press conference after an epic trailer for Cyberpunk 2077 came to a close. The man best known for playing John Wick will be taking on a new role within the digital realm as a part of CD Projekt Red’s ambitious first-person shooter.

The love for the Marvel Cinematic Universe is at an-all time high. Comic book fans and die-hard moviegoers have gotten their fill of Marvel Comics’s iconic superheroes and still want more. Over on the video game side of things, Marvel has made a more concerted effort to release more respectable titles for its superhero roster. Since Marvel’s Avengers was revealed in 2017, we knew that Square Enix had tapped Crystal Dynamics and Eidos Montreal for the development duties behind the game. And at Square Enix’s press conference, we finally got our first look at the playable superhero team-up we’ve all been waiting for. Now we definitely hear you, people—the looks for each of the Avengers left a whole lot to be desired. But their weird faces didn’t do enough to diminish our hype for the rest of the trailer. That explosive bridge sequence and the trailer’s action-packed closing moments were both replay worthy. Ay, we already call dibs on Thor!

Yes, it’s really coming out next year. The long-in-development remake for Square Enix’s most celebrated entry in the Final Fantasy series is almost upon us. And after sitting through the extended E3 trailer for the umpteenth time, we’re more than ready to comb through its iconic slums. Final Fantasy VII Remake and its accompanying gameplay footage practically won E3 2019 for Square Enix.

The goosebumps we felt throughout that trailer are coming back as we speak. The updated theme songs, appearances of familiar faces and amazing combat sequences are to blame for that. Watching Cloud, Barrett, Tifa and Aerith clash with recognizable foes took us back to the splendor of the original game. Final Fantasy VII Remake’s coming out party at E3 was the biggest highlight of the show. And that’s all thanks to the best gameplay trailer we watched all week. WE COMIN FOR YOU, SEPHIROTH!

Read Next: 10 New Nintendo Games You Need to Add to Your Lineup