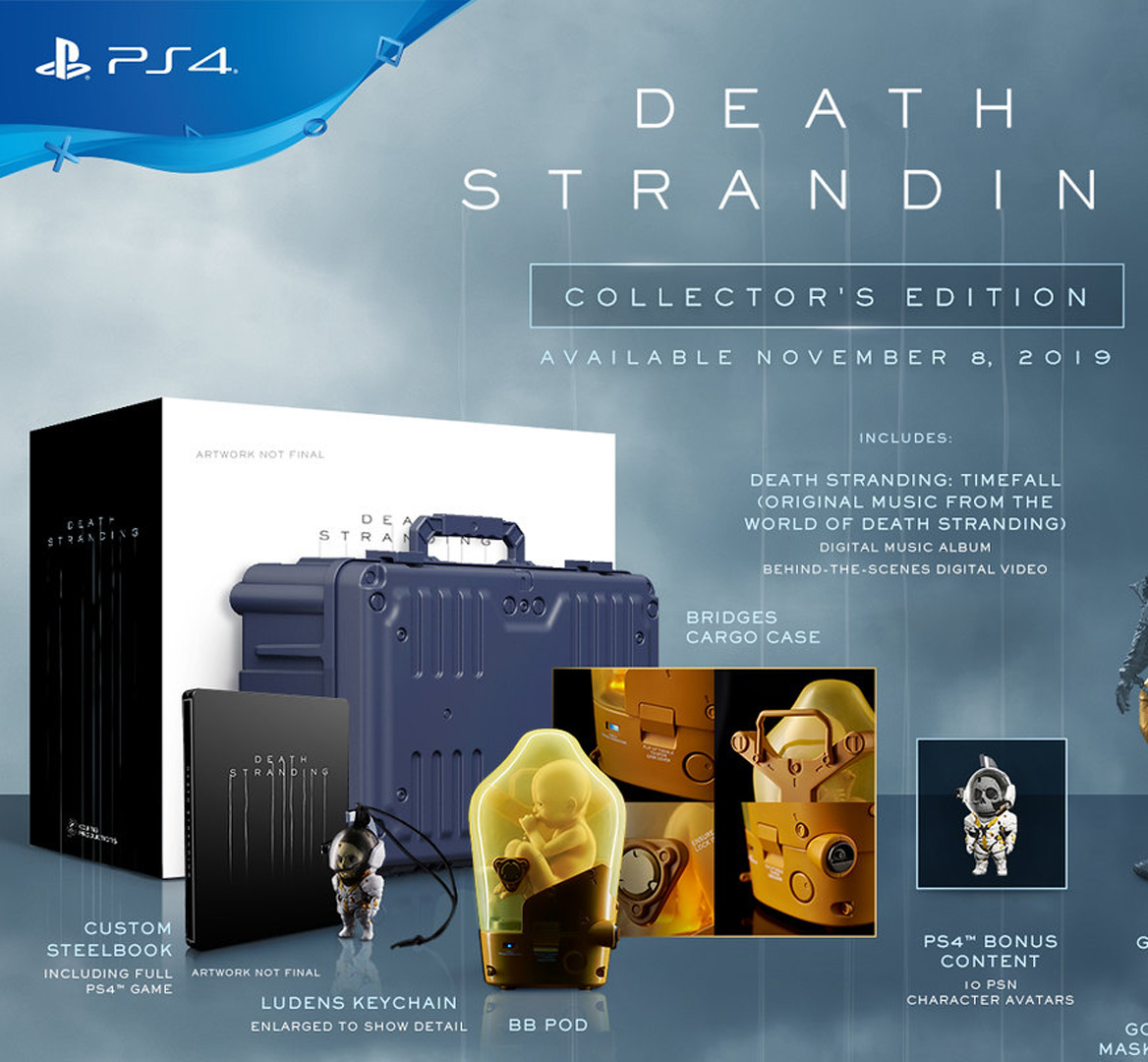 Even though E3 has dominated gaming news this month with must-see trailers for new games, we’re still reeling from the latest Death Stranding trailer—and its ridiculous collector’s edition. Along with giving us a November release date for the maddeningly mysterious game from Metal Gear Solid creator Hideo Kojima, Sony revealed that the game’s $199 collector’s edition would include a life-sized baby in a pod.

While we’re still scratching our heads, it got us thinking about other outlandish and bizarre video game collector’s editions that released over the years. Behold. 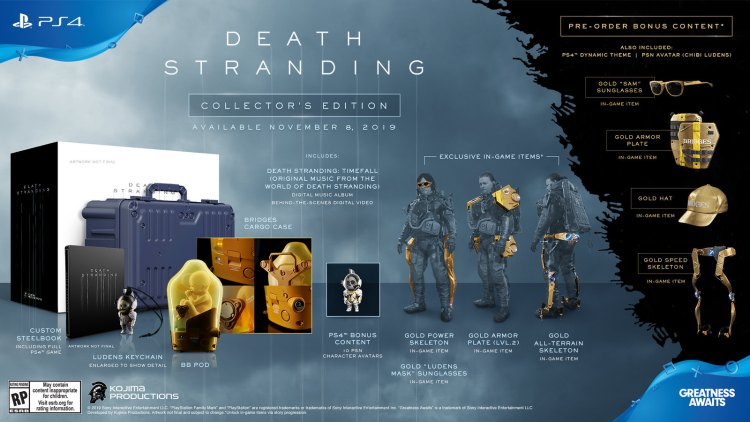 That’s right, forking over a couple hundred dollars is all it takes to acquire your very own, very creepy pod baby floating in liquid. Though there are many theories out there, none of the information released about the game has detailed the exact purpose of these “bridge babies” in the game, which makes the decision to spend so much to buy one that much more interesting. 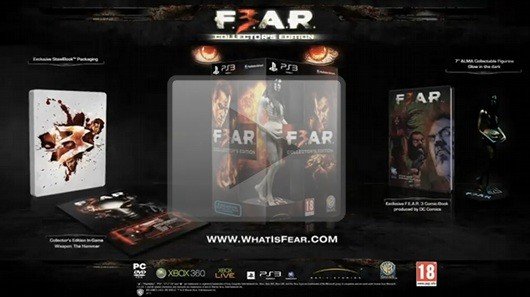 It’s customary for many collector’s editions to memorialize their game with a statue or figure of some sort. What better way to show off how passionate you are about a game than keeping a physical representation of it hanging around your house? But the intrepid creators of the action survival horror game F.E.A.R. 3 might have misunderstood what makes for good house decor. These off-balance people decided to put in their collector’s edition a statue of the main villain Alma, a naked zombie ghost lady, who also happens to be pregnant. Oh, and the fetus glows in the dark. Imagine trying to explain the exact meaning of this statue to a house guest. Them, trying to understand: “I get that it’s a game you like, but that still doesn’t really explain why you would want this on your shelf.” 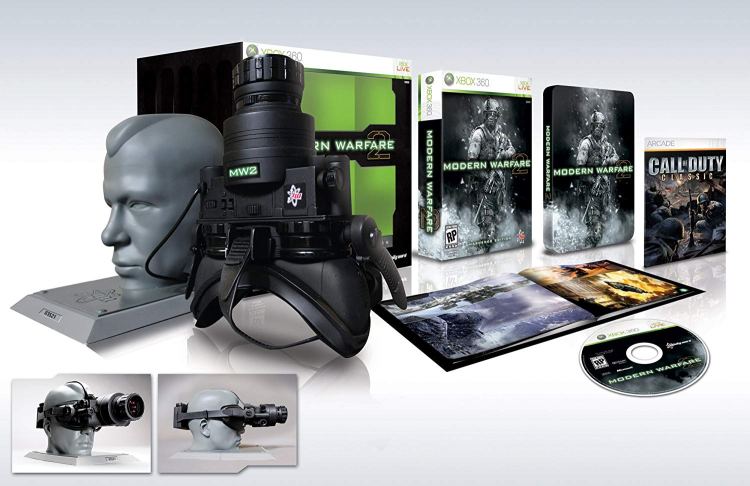 On one hand, when it was announced that Call of Duty: Modern Warfare 2’s collector’s edition would feature actually working night vision goggles, it’s nice to think that the developers were trying to get video game players outside into the world. On the other hand, there’s something invariably creepy about giving many people the opportunity of more capably sneaking around in the dark. Seeing as how a large majority of Call of Duty players don’t have tactical missions to execute in their own neighborhoods, it seems as though these goggles could only be used for questionable activities. Additionally, many reviews of the goggles declared, sadly, that they weren’t quite up to snuff. Sure, you saw in the dark, kind of, but the functionality for these questionable activities wasn’t as efficient as one might have hoped. And the insult to injury is that these goggles took five, count ’em, FIVE AA batteries. 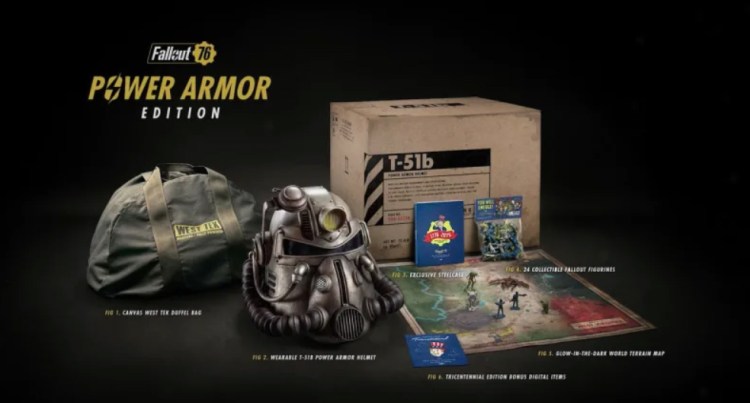 While the contents of Fallout 76’s collector’s edition, were pretty boring by most standards, the scandal that sprang up around it was nothing but. What started off as an offer to include a mesh Vault 76 bag with the collector’s edition, quickly turned into some good ol’ internet outrage as the bag started showing up on people’s doorstep. It turned out the quality was far below what had been advertised and the mesh bag was nothing more than cheap nylon. At first, Bethesda tried to assuage angry gamers with free in-game currency. Then, when that didn’t work, it said that it would offer the advertised bags so long as the purchase was verified. However, Bethesda then unwittingly leaked customers’ names, addresses and phone numbers. And now, seven months later, long after many people have grown very disappointed with Fallout 76, Bethesda is claiming that the bags will soon be on the way. 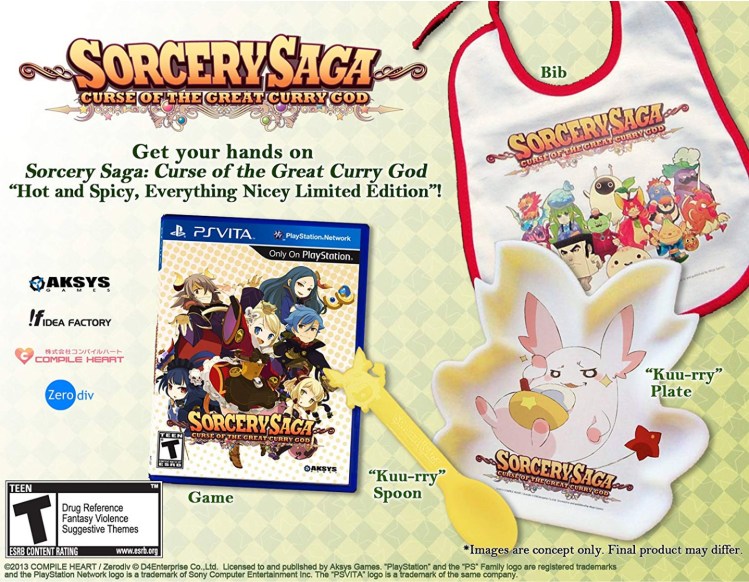 It’s one thing to offer video game fans something that they will find memorable and enjoy about one of their favorite games. It’s a completely different thing to tell them they are babies. That’s kind of just what the developers of Sorcery Saga: Curse of the Great Curry God accomplished with its 2013 collector’s edition. Along with the game, it included a plastic bowl, a plastic utensil and a bib. Like, a bib for a baby. Sure, sure, we understand that the game is about eating, but surely there would be a way to communicate that without telling the people who buy the game that they probably need help keeping food from dribbling out of their mouths. 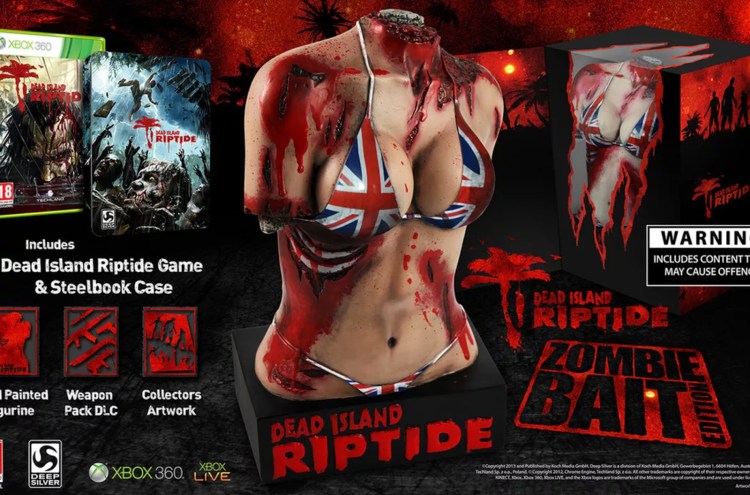 Sure a baby in a pod is weird and disturbing, but it is nothing compared to the atrocity that was foisted upon the eyes of game players everywhere with the collector’s edition of Dead Island: Riptide. Developer Deep Silver decided to include with its most-expensive version of the game a large statue of a headless, armless female torso in a bikini. It’s amazing that this bit of video game paraphernalia made it past any group of people, for many, many obvious reasons. In fact, it was so poorly received by damn-near everyone (again, for many, many obvious reasons) that Deep Silver apologized for its existence. “We deeply apologize for any offense caused by the Dead Island Riptide Zombie Bait Edition,” Deep Silver said in a statement. “We sincerely regret this choice.”

If your company has to release an official apology for a collector’s edition, you’ve messed up pretty badly. Though we don’t expect Sony to apologize for the pod baby that will come with Death Stranding’s collector’s edition, we are very curious about who is willing to buy it.