E3 2019 Wishlist: All the New Games and Remakes We Want to See Revealed 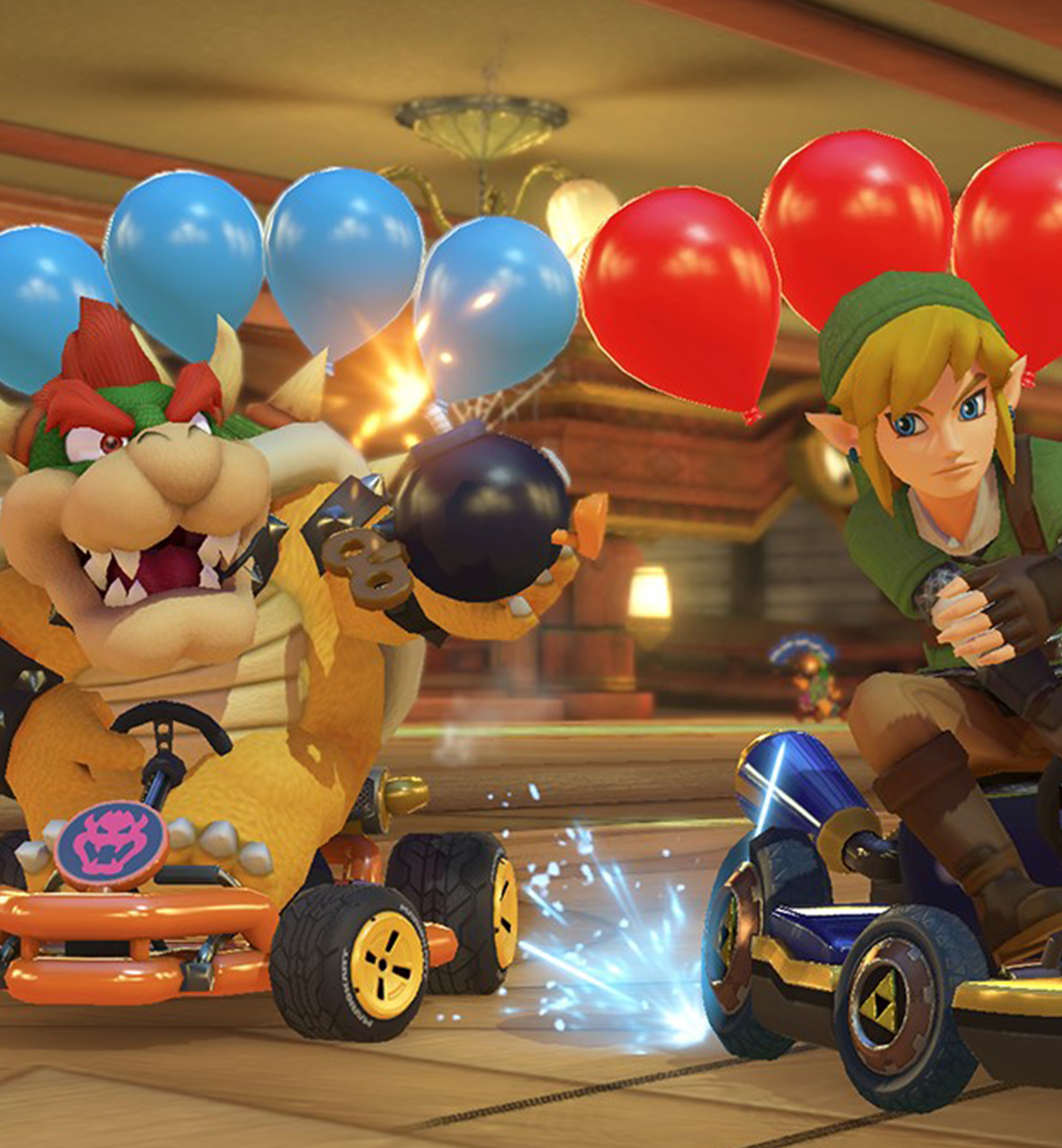 We want an all-stars version of ”Mario Kart” starring characters from more Nintendo franchises and new courses inspired by other games. / Nintendo

Every year, the biggest gaming publishers and developers make the trek to the Los Angeles Convention Center to showcase their most impressive hardware and software. Everyone has become accustomed to seeing the big three (Sony, Microsoft and Nintendo) deliver the most exciting press conferences of the entire show. Other noteworthy gaming giants such as Electronic Arts, Ubisoft, Square Enix and Bethesda put on live presentations that give gamers a glimpse of what’s to come.

E3 2019 looks to be decidedly different from past years. Sony announced it would be skipping the show, which leaves Microsoft and Nintendo in a better position to become the main focus of the expo. While Sony may be preparing to officially unveil the PlayStation 5 via a live-streamed event later down the line, Microsoft may use its E3 show to announce plans for the next Xbox. As for Nintendo, it’s safe to say the company will give us its usual Nintendo Direct live stream and deliver a sneak peek at upcoming titles and newly announced projects.

The excitement surrounding E3 has always been about the games we know about and the ones we hope to see. With so many believable and outlandish rumors floating around the gaming hemisphere, there are plenty of dream games to fantasize about. If any of the games below have a chance of being real, they’d all make for some jaw-dropping reveal trailers at E3. Our fingers are crossed as we hope one or even all of these games turn out to be a reality. 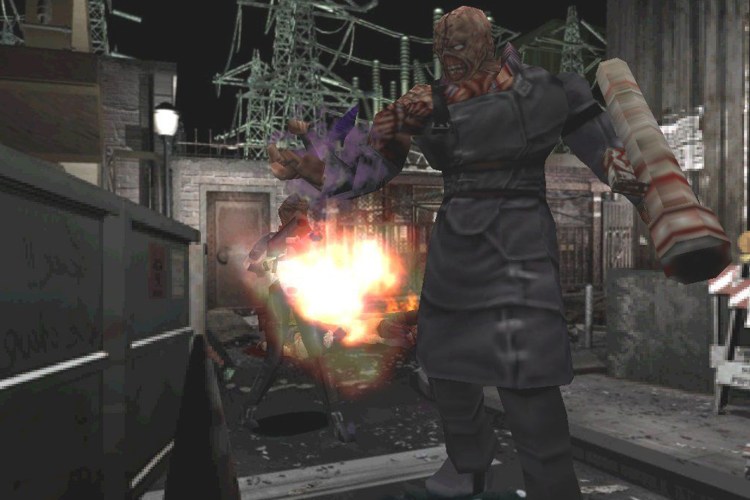 January’s release of the Resident Evil 2 remake garnered plenty of acclaim and good sales. Capcom revisited one of its most memorable survival horror classics and rejuvenated it for a modern audience. As far as top 10 gaming remakes go, RE2 has to be at the top of that list. Those who experienced the game’s HD horrors obviously want more, which is why Capcom should polish Resident Evil 3: Nemesis in the very same manner. Imagine how much more terrifying Nemesis would be if he were given a proper Mr. X makeover.

An RE3 remake isn’t the only major reveal Capcom should drop. The company has been pretty quiet this year as far as upcoming releases go. Besides RE2, an upcoming Monster Hunter: World expansion and the announcement of a plug-and-play arcade stick, Capcom hasn’t really given us reason to be excited about the near future. The best way to remedy that is simple: Capcom should blow our minds by unveiling an RE3 remake alongside a whole new vision for the Dino Crisis franchise. It’s been far too long since we last saw Regina haul ass from rampaging dinosaurs. Last year, Capcom hit the Xbox stage to announce Devil May Cry 5. They should up the ante in a major way by unveiling these two games during the Xbox press conference.

The Nintendo Switch has been a smashing success ever since launching in 2017. The home/handheld hybrid console has already surpassed the total sales of the Wii U thanks to an impressive slate of first- and third-party releases. Steady support from AAA and indie gaming studios has given the Switch one of the strongest gaming libraries in recent memory. The Legend of Zelda: Breath of the Wild, Super Mario Odyssey, Splatoon 2 and Super Smash Bros. Ultimate are just a few of the major releases that can be experienced only on Nintendo’s latest piece of hardware.

But where’s the next Mario Kart? An upgraded rendition of Mario Kart 8 is fine and all, but an entirely new installment in the kart racing series would be nice. Better yet, a kart racing game that celebrates everything Nintendo would make for an even better release if it was indeed real. Mario Kart 8 Deluxe’s best features came in the form of added characters and tracks inspired by The Legend of Zelda, Splatoon, Animal Crossing and F-Zero. The Mario Kart series would do well to dive even deeper into this theme and star even more of its iconic first-party roster. A reveal trailer for a Nintendo kart racer that reaches beyond the Mushroom Kingdom would grab everyone’s attention if it popped up during Nintendo’s E3 2019 Direct showcase. Drifting across a track modeled after Metroid’s Planet Zebes as Samus sounds amazing, doesn’t it?

The Next ‘Splinter Cell’ & ‘Prince of Persia’ 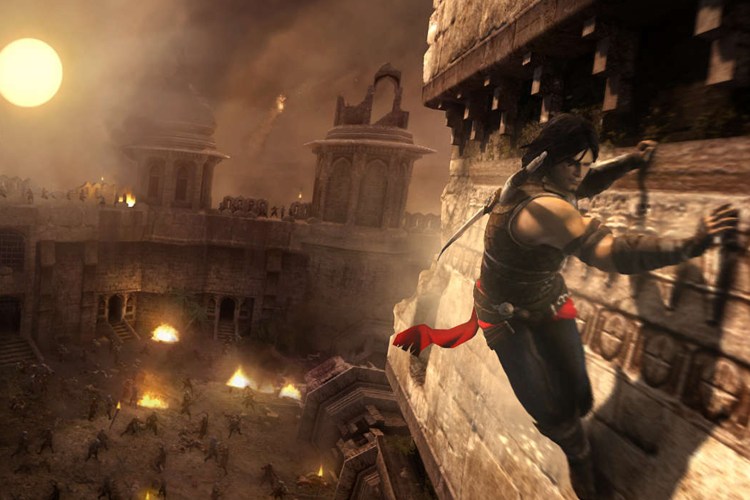 Ubisoft has been enjoying a hot streak as of late. The Division 2 managed to top everything its predecessor introduced, Assassin’s Creed Odyssey offered fans a worthwhile sequel in the long-running series, and Rainbow Six Siege still holds its position as one of the best competitive shooters on the market. Ubisoft has been one of the main publishers at E3 these past few years. Fans have become accustomed to seeing previews of new Ubisoft titles, sequels to popular franchises and incredibly cringeworthy Just Dance concerts.

During this year’s Ubisoft E3 presentation, a bombshell of an announcement should be made, or better yet, two. Splinter Cell and Prince of Persia fans have been left out in the cold for an uncomfortably long time. The last time we got to see Sam Fisher and the Prince himself on consoles was 2013 and 2010, respectively. Now is the perfect time for Ubisoft to instill some confidence in its fan base by showing them current-generation reimaginings of its most beloved franchises. A return to stealthy form for Sam Fisher and a sweeping new adventure for the Prince are certainly what’s needed from Ubisoft.

This one seems to be more of a reality than most of the other picks on this list. Rumors have been running rampant concerning the next entry in the Xbox exclusive action RPG series. A quick Google search for the “fabled” sequel notes that Playground Games (the devs behind the Forza racing series) are the ones working on it. While it’s a bit concerning to learn that a studio mostly known for producing racing games is working on a massive RPG, Playground Games’ high pedigree for producing high-quality games puts some of those fears to rest.

Microsoft has a chance to inspire the Xbox masses and give them something to look forward to in the near future. A sneak peek at the fourth mainline Fable game could certainly do the trick. The disappointment stemming from the cancellation of Fable Legends and the negative reception toward Fable: The Journey did some damage to the title as a whole. Even still, Fable has plenty of life left in it. If Microsoft hopes to keep its fans happy and give them a reason to care about their current- and next-gen plans, a reveal trailer for the next Fable needs to grace our screens come E3. 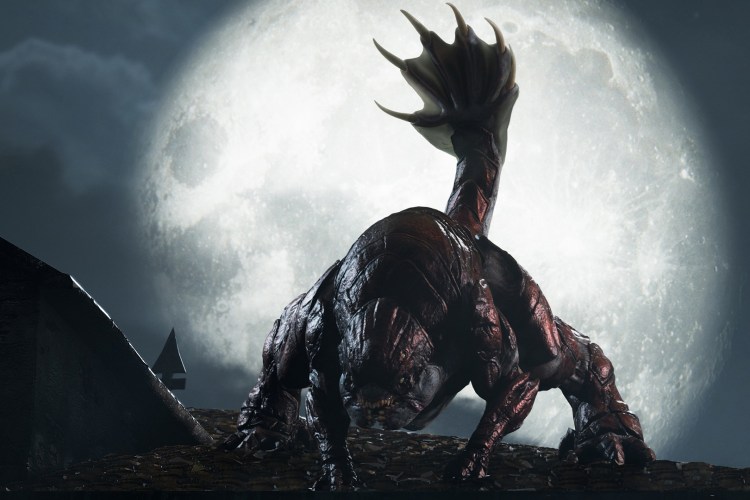 Xbox One owners know the next Microsoft-produced console is on the horizon. This current-gen hasn’t been too kind to Xbox fans, sadly, because of a lack a standout first-party releases has damaged the once dominant gaming brand and placed Microsoft firmly behind Sony and Nintendo. During last year’s E3 Microsoft press conference, it was revealed that the company’s gaming arm acquired five new internal development studios: The Initiative, Undead Labs, Playground Games, Ninja Theory and Compulsion Games. Chances are high that each of these new development teams is quietly creating the first batch of games for the next generation of Xbox. Microsoft would do well to highlight each studio’s progress on their respective games and start the hype engine for their next home console. Getting a glimpse at new trailers for Gears of War 5 and Halo Infinite would be exciting, no doubt. But they should be joined by a slew of reveal trailers for Xbox Game Studios’s brand new titles.

What could the development studio behind the Batman: Arkham series be working on next? A recent rumor pointed to a game code-named Outlaws being the next Rocksteady Studios project, but that may just be a total farce. A recent tweet from NetherRealm Studios’ Ed Boon teased fans by noting that Rocksteady’s next title is a “masterpiece.” Boon is usually known for his social media trolling expertise, but that recent tweet seems to have some actual weight to it.

Rocksteady definitely has something major in the works. The true ending of Batman: Arkham Knight led everyone to believe that the Arkham story line had finally reached its end. Could Rocksteady secretly be working on an all-new, open-world adventure within the Batman mythos? Or could they be developing something even bigger within the entirety of the DC universe? We haven’t had a chance to play a Rocksteady Studios–produced project since 2016’s Batman: Arkham VR. In 2019, Rocksteady should finally give E3 viewers an extended look at its next AAA-gaming venture.

Read next: Everything You Need to Know About the PlayStation 5