Are Gamers Fed Up With Too Many ‘Games as a Service’ Titles Like ‘Fortnite’?

The market can only handle so many ongoing GaaS offerings like ‘World of Warcraft,’ ‘Destiny’ and ‘Overwatch’ 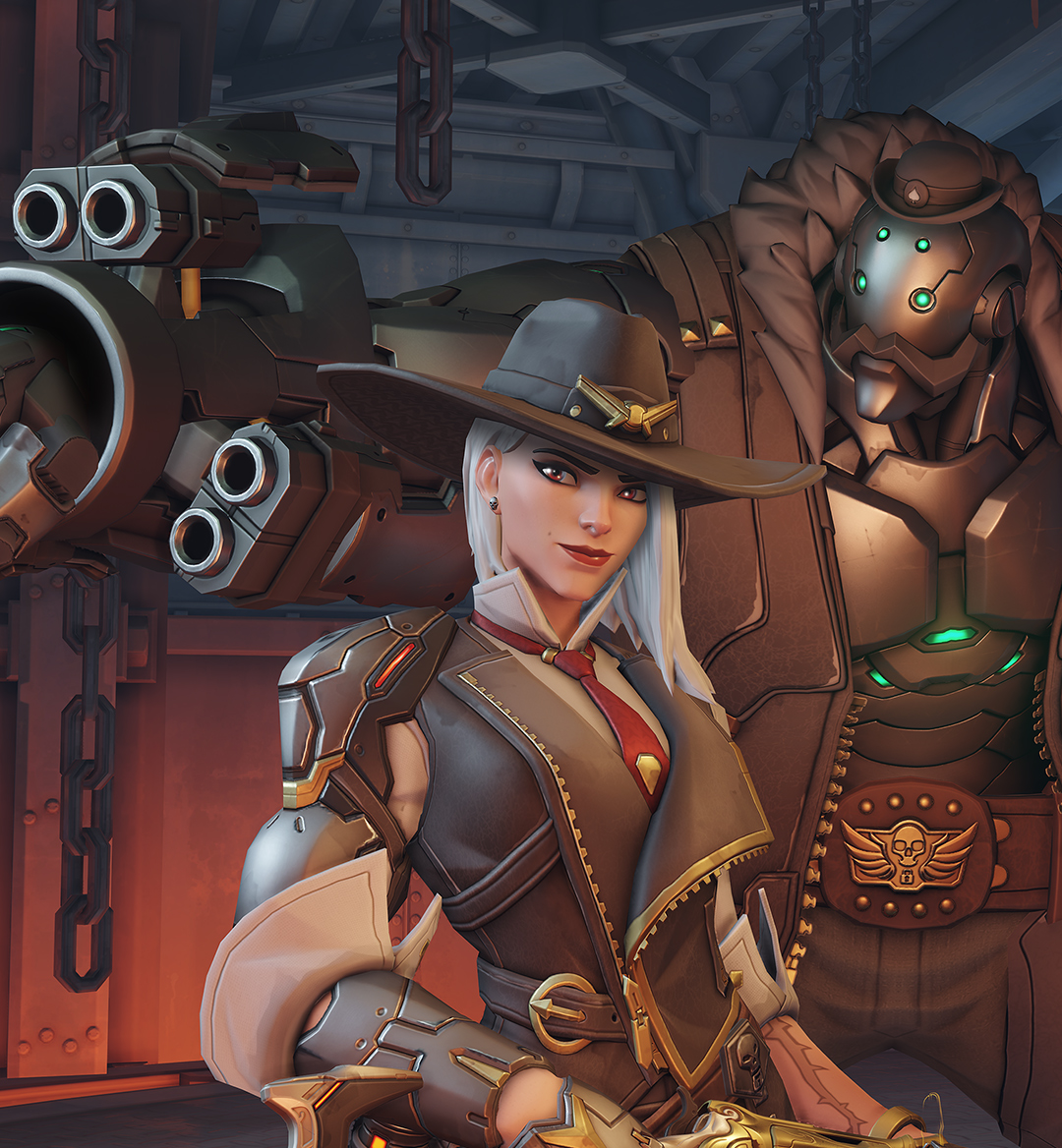 Over the past five years, more and more video games have jumped on the Game as a Service (GaaS) bandwagon. But that wagon can only hold so much weight.

GaaS is the latest business model to wring as much revenue from a video game as possible. Essentially, it involves crafting mechanisms within games to keep people playing and paying for as long as possible, thus extending the game’s lifespan into something more closely resembling a service. The model holds that the longer a player sticks with the game, the more money they will conceivably spend. Think World of Warcraft, Fortnite, Destiny, Overwatch, Madden and Candy Crush.

GaaS do this through a variety of different, purchasable components like DLC, season passes, microtransactions, loot boxes and subscriptions. Many big new games now have some variation of these components, either cosmetic or gameplay-affecting.

For now, GaaS seems to be really paying off, hence the reason why so many publishers and developers are incorporating it into their games. However, this particular model seems to have a definite saturation point; if every game wants to maximize the player’s time, and there are only so many players, then only a certain number of games will succeed and recoup investments.

2019 is shaping up to be an extremely interesting year for the video game industry. Not in the slightest because there are a number of GaaS coming out that must contend and wrestle away players from the high number of existing GaaS. Judging by the limited nature of the business model, will 2019 be the year that the bubble bursts? 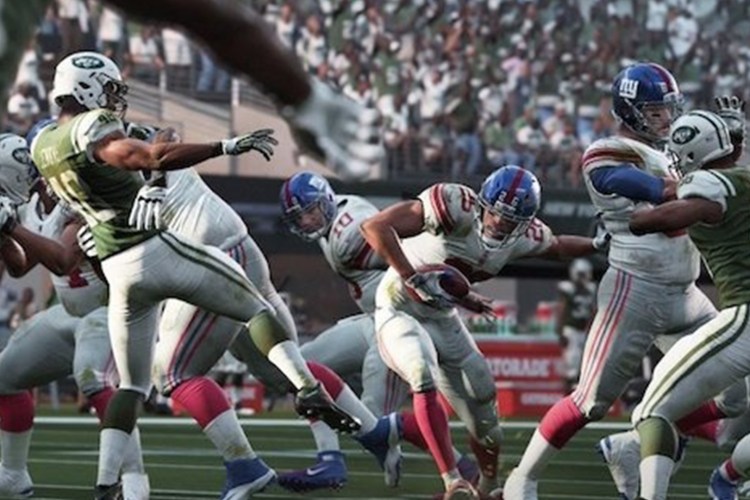 2018 was the industry’s best year ever, according to newly-released NPD numbers reported by multiple outlets. Revenue hit $43.8 billion, up 18% from 2017. Estimates reportedly put that number well ahead of the projected revenue from the total worldwide box office. That solid growth in sales might be due to the spread of GaaS. As one analysis of the always-cryptic NPD numbers deduces, $26 billion of that lump sum seems to come from the add-ons that make up GaaS.

Additionally, mega-publishers Activision and EA have seen their value raise substantially since 2012, with EA’s value reportedly growing to $33 billion from $4 billion and Activision’s growing to $60 billion from $10 billion. And those massive jumps in value have come during times in which both companies have heavily invested in games that charge customers for a continuing experience.

EA has annualized sports franchises that act as services like Madden and FIFA, while continuing to release semi-regular GaaS like Battlefield and Star Wars Battlefront. Activision seems to have bet it all on GaaS. In 2013, they completed its takeover of Blizzard Entertainment, which makes the subscription-based World of Warcraft, the loot box-heavy Overwatch and the DLC-laden Hearthstone. Activision also bought King, makers of the ubiquitous Candy Crush, which has many, many micro-transactions, in 2016. And they partnered with Bungie to put out Destiny, seen as the prototype for the current swath of console GaaS. These stats don’t include the large investment that other publishers like Ubisoft have injected into evolving GaaS like Rainbow Six Siege, The Division and the Assassin’s Creed games.

As this trend ramps up, seeming to take over the lion’s share of the market, it appears like publishers think it’s here to stay.

Crafting games in such a way as to maximize profits can be traced back to arcades, where games were developed to get more quarters from frustrated players.

GaaS is far from the first definitive business model that companies have used to squeeze revenue out of video games and it won’t be the last.

Crafting games in such a way as to maximize profits can be traced back to arcades, where games were developed to get more quarters from frustrated players. Models have grown and solidified over time, with tactics like obvious product placement and increasing profits by selling plastic peripherals. The ease of accessing the internet opened the door wide to including DLC as a revenue strategy, first with the PC and then with consoles like the Xbox 360 and PlayStation 3.

All of this has led us to the current situation, where Fortnite: Battle Royale is free to play, but made a reported $3 billion last year off of selling Battle Passes and other microtransactions. However, the road to GaaS has been far from smooth. Traces of complications from the model can be traced back to 2006 when Bethesda released its first DLC for Elder Scrolls IV: Oblivion, which contained $2.50 horse armor.

Things really came to a head with EA’s release of Star Wars: Battlefront II in 2017. The multiplayer game’s microtransaction scheme to unlock playable characters was so skewed and seemingly nefarious that it caused an enormous, ongoing controversy over the game. And EA’s clumsy attempt to reply to concerns resulted in the most downvoted Reddit comment of all time. The audience’s venomous dissatisfaction with the game’s misuse of GaaS tools has reverberated throughout the industry, and EA says it was informed on how it will utilize microtransactions in the future.

Whether that’s true or not, it has become clear that there is a threshold that players will tolerate in the GaaS race to the bottom.

So far on the 2019 release schedule, there are a few big GaaS titles to add to the list of already established ones. Next month, Anthem (which still no one is talking about) will come out, followed in March by Tom Clancy’s: The Division 2 and Rage 2 close behind.

These games will have to compete with a hefty slew of popular games that already have large service components like Fortnite, Destiny 2, Overwatch, Fallout 76, Rainbow Six: Siege, Grand Theft Auto V and Red Dead Redemption 2’s online component. And on PC there is World of Warcraft, Dota 2, Player Unknown’s Battlegrounds and Counter Strike: Global Offensive. And that’s not even mentioning the annualized games like Call of Duty: Black Ops 4 and Battlefield V. 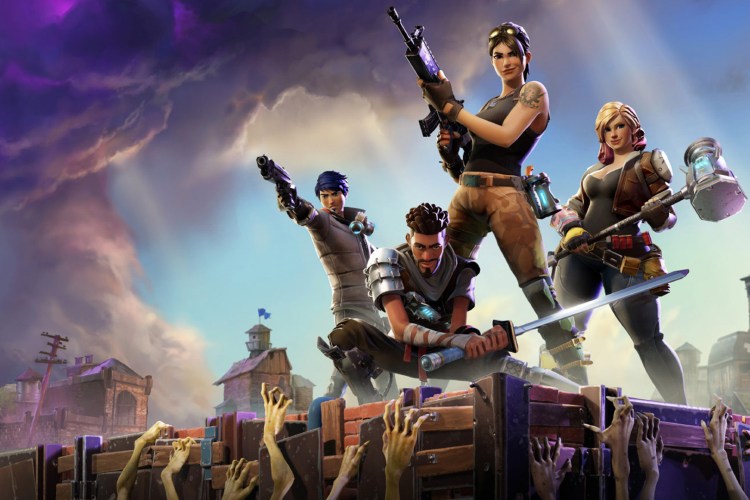 In short, new games either have an uphill climb to draw in players who respond to GaaS or older games will see their player base shrink in making way for more.

As more and more large, multi-million dollar games begin to lean more heavily into providing extended experiences, it seems only logical that over time that will prove a losing bet for some. Publishers can’t expect there is an unlimited pool of players with unlimited time to spend on an unlimited number of service games. At some point in the near future, the return on pushing all games to have a longer than normal shelf life will prove costly for some. At that point, creating an ongoing game will turn into more of a gamble than the sure-fire win that publishers and developers seem to be currently treating it as. Additionally, businesses must consider the tolerance of a player base, as demonstrated by EA’s Battlefront II quagmire.

Will the components added to Anthem keep players in the game and keep a good public face for developer BioWare and publisher EA? Will players find the end-game experience in Division 2 worth playing and not abandon ship for another more established property? These are all questions that companies have definitely asked themselves, but might have to prioritize in the GaaS-flooded shores ahead.

This is far from the first business model that has been plugged in to make video games more profitable. All of those previous models became models for the fact that they also, for a period of time, worked. Millions of World of Warcraft players are happy to pay a subscription fee as well as paying for huge DLC expansions. For years, millions of players were happy to pay for franchises with annual releases like Tony Hawk and Assassin’s Creed, which seemed to suffer for diminishing returns.

In the same way, GaaS will most probably have its own lifespan that runs out of steam, leading publishers and developers to find the next business trend that will increase video game revenues for a time. For right now, it seems indisputable that GaaS has created a lasting impact on games development. But, for how long?