See how we graded the console’s games, hardware, online service and future offerings 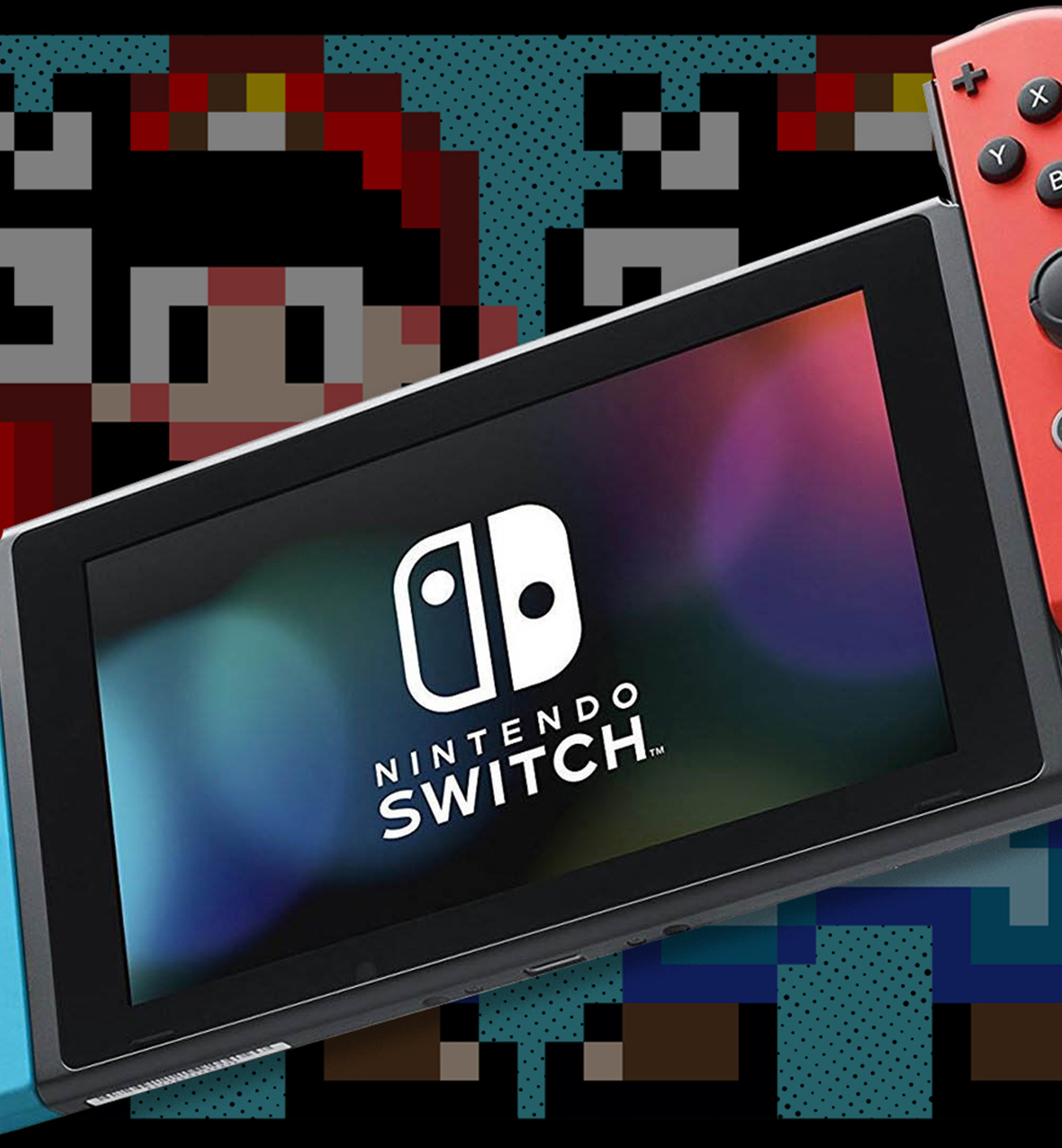 March 3 marks two years since the launch of the Nintendo Switch, and what a two years it’s been. In 2017, Nintendo was coming off the failure of the Wii U, which pinned all of its success on the shortening life span of the 3DS. The company needed a win. When the Nintendo Switch was unveiled, it looked as though they might have found it.

Rumors had been swirling for more than a year that Nintendo was making a hybrid mobile/TV console as its next big hardware release. When the rumors turned out to be true, hype spread like wildfire.

Now, two years after Nintendo once again revolutionized the way we think of video games and their potential, we’re grading the Switch’s first years of existence. Where did it go right? Where did it fall flat? And what could the next two years look like?

How Are the Games?

If you want people to buy a new console, it can be a pretty hard sell without games to go with it. Console launch after console launch has proved this to be true. The Nintendo Switch might have had fewer launch titles than previous consoles, but it made up for that in quality. The Legend of Zelda: Breath of the Wild (above), one of the most highly rated games in recent years, landed with the new console. As a reinvention of the classic and beloved franchise, as well as the first new game in the series in six years, Breath of the Wild was greeted with enormous fanfare. It also set a high bar for every Nintendo game to follow on the new console.

And, for the most part, Nintendo has continued to deliver on these first-party titles. Though not every new game published by Nintendo has received the same groundswell of support (Arms, 1-2-Switch), the majority of the first-party games have been well regarded. Many of these “new” games to Switch have been modest updates to old ones or straight-up ports. Splatoon 2 saw a lot of success without greatly revamping the original game. And Mario Kart 8 Deluxe was the tenth highest-selling game of 2017 by being basically the same game as its Wii U counterpart. In a pretty wise self-own, Nintendo figured most people missed out on Wii U’s spotty library, and they were correct. Add in other largely celebrated games like Super Mario Odyssey and the tremendous Super Smash Bros. Ultimate, and it’s hard to find many faults in the Switch’s first-party lineup.

Where the Nintendo Switch has really come into its own is as a platform for independent games to find first life or a new life. In the past two years, the eShop’s library has filled up with some, if not most, of the best indie games that have been developed in the past decade. Though many have come to the Switch after their initial launch, the novelty of playing them on a portable console has been enough to gain a much wider audience for previously celebrated games. Hollow Knight’s summer 2018 release on the Switch, a year or so after its initial release on PC, is a prime example of this. The game’s coming to the Switch was enough to make multiple outlets speculate on adding the game to the contenders for 2018’s game of the year.

The sheer number of quality games in the Switch’s library also helps ensure there’s a game for almost everyone. That has helped extend the appeal of the system and provided new audiences for developers in the indie space. The draw of portability and the mostly on-par game performance has led to something of a meme in video gaming, with many hoping every new game will be released on the Nintendo Switch. “It looks great—is it coming out on Switch?” has become an often-heard question. With two years of portability and the freedom of choice under players’ belts, it will be difficult to backtrack to a time when most indie games had to be played at a PC.

How has the hardware held up?

I’ve always been enormously impressed with the Switch’s hardware, and it has mostly held up really well. My launch Switch has seen no real decrease in durability, which is impressive since I play it almost every day. I’ve never had a problem with the button sizes or even playing a multiplayer game using a single Joy-Con, and the longevity of the design has shown that even with a few hiccups, it’s a great piece of hardware. Yes, the kickstand is rubbish, so I bought a case that fixes it. Yes, I’d rather the Joy-Cons fit better in the hand, so I bought some cases.

In total, I’ve been much more surprised than disappointed by the hardware. I’m surprised that the battery life, while definitely short, has affected me only on longer trips. I’m surprised that download speed and performance still seem relatively snappy. I’m surprised that the whole product still seems sturdy. I’ve had one big issue with the Switch hardware: In 2018, when I had fallen down a Hollow Knight hole, one of my launch Joy-Cons began acting up—the input was stuck pointing up. Of course it was irritating, and I bought a new one to replace it, but as much as I play this system, I’m surprised it has been the only issue.

My main requests for a future Switch would be Bluetooth capability for headphones and abetter, brighter screen.

✍️ Hardware: 8/10; not perfect but not bad in the slightest

Nintendo’s overly cautious approach to online functionality is legendary. The Nintendo Switch is now its third main console to have online services, and Nintendo Switch Online is still greatly lacking. If you’re wondering if you should buy into the admittedly cheap service ($20 a year/$4 a month), it’s something of a conversation and definitely not an immediate recommendation. The online components lack the free recent releases and store discounts found in Xbox Live and PlayStation Plus. Oh, and, ya know, voice chat.

Do you want to play Nintendo’s few online multiplayer games (Smash Bros, Splatoon 2)? Do you want access to a slowly growing list of original NES titles? If neither of those things appeal to you, save your $20. However, Nintendo has promised continued surprises with the service, and it served up one of those a few weeks ago. During a banger of a Nintendo Direct, it announced Tetris 99, a Tetris battle royale game where players face off against each other amid falling tetriminos. And the game is only available with Nintendo Switch Online.

Though the service lacks many of the games and add-ons that make other paid functionality great, the draw of such unique surprises as Tetris 99 might be enough to make you open your wallet.

The Next Two Years

The future of the Nintendo Switch looks bright. First, you have the games. A number of first- and third-party games are coming to the Switch over the next year, which will only further fill up an outstanding library. New Pokemon games, a new Animal Crossing and Super Mario Maker 2 are poised for release this year. And seeing the success that indie games have found on the Switch’s eShop can only push publishers into developing for the hardware.

New product offerings and services also appear to be on the horizon for the Switch. A new rumor is claiming Microsoft was interested in bringing its subscription game-streaming service Xbox Game Pass to the Switch. If true, that would imply that Switch owners, for a fee, would get access to Xbox One games right from their Nintendo hardware. This tag team comes after the two gaming giants celebrated their teamwork by offering cross-play functionality between huge games like Fortnite and Minecraft.

Outside of interesting new games and fascinating partnerships are rumors that the Switch will see an update sometime this year. Though it may seem soon for a hardware revision, with the modular design of the Switch, many of the standard rules have already been bent. Rumors say the update will have a better, thinner screen.

It has not been a sleepy two years as a Nintendo Switch owner. The gold rush of good games and surprising developments with the hardware has been a rewarding experience. I still would, and still do, recommend a Nintendo Switch to anyone who is curious about getting one.

✍️  Final grade: In its first two years, Nintendo’s Switch gets a solid B+.