PlayStation 5 and Xbox Two: Everything We Know About Next-Generation Consoles

Potential newcomers in the home console gaming market, like Amazon and Google, also may shake things up 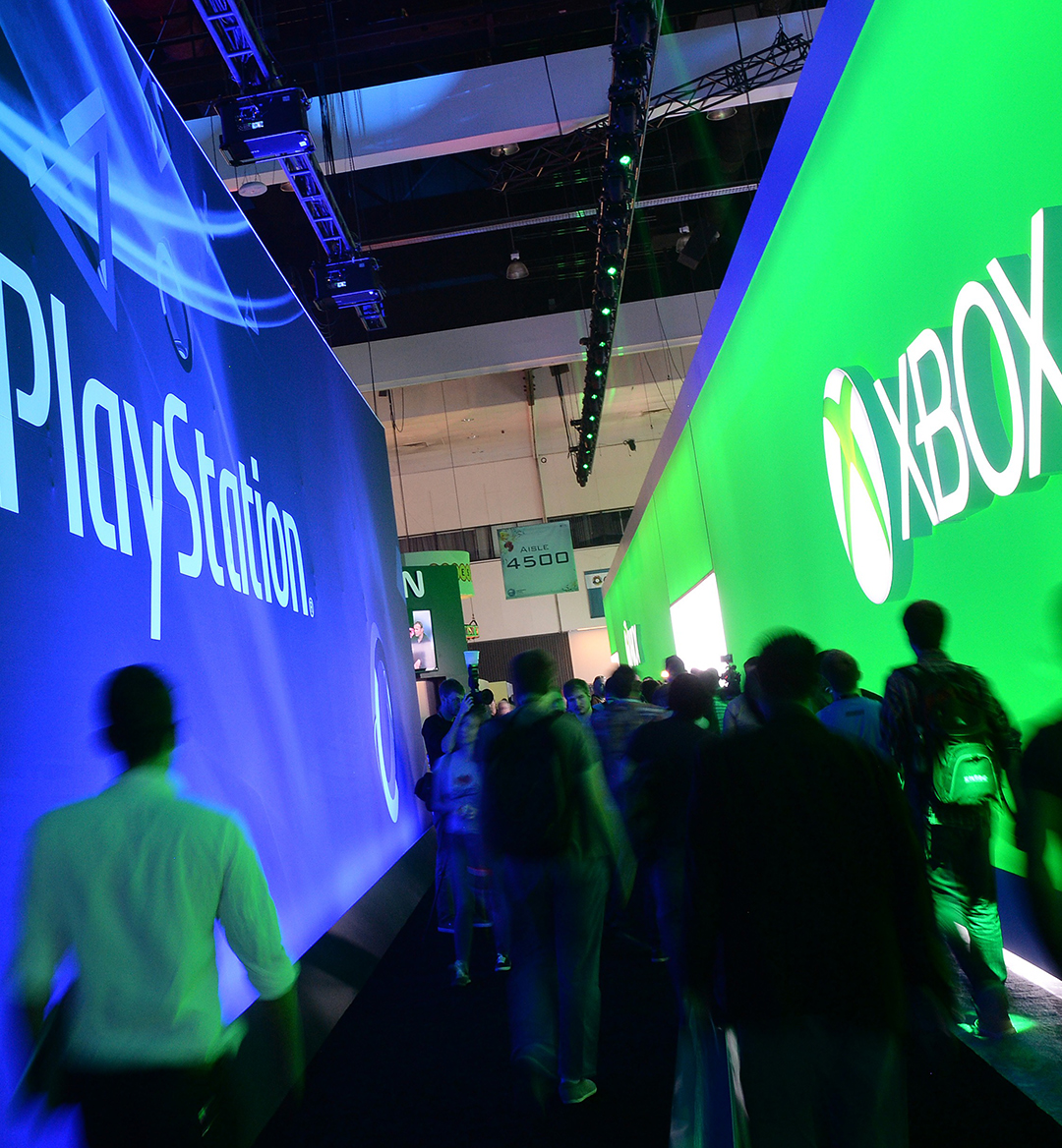 Ready or not, a new console generation is coming.

By early 2019, both Sony’s CEO Kenichiro Yoshida and Xbox boss Phil Spencer have confirmed that each company is working on next-gen hardware, the successors to the PlayStation 4 and the Xbox One. Both console projects have not been named, so we’ll tentatively dub them PlayStation 5 and the Xbox Two.

Before you pack up your tent to camp out for these, you should know it’s looking increasingly likely these new machines won’t see the light of day until 2020 at the earliest, based on Microsoft reports and Sony’s strange move to back out of this year’s E3. The leaks have already started, though, and in the post several months, information on gaming’s future has trickled down from the top and an image of what the next consoles will look like is starting to take shape. It’s far from a complete picture, but here is everything currently rumored and known about the next generation.

At E3 2018 during the Microsoft keynote, the head of Xbox confirmed the company was actively working on the next Xbox consoles. That’s consoles, plural.

Leaked information indicate Microsoft is planning to release things under the banner of next gen, and even current gen, hardware. Because despite selling less than half of what the PS4 has sold so far this generation, the software giant isn’t ready to abandon the Xbox One branding. Yup, Microsoft is planning to release an updated Xbox One console this year that will ship without a disc drive, according to reports. But as for the next generation, reports indicate the multiple consoles are codenamed Project Scarlet and they will reportedly mirror the current Xbox One family, with a cheaper SKU like the Xbox One S, and a beefier powerhouse similar to the Xbox One X. The codename for the more affordable one is Lockhart, according to Windows Central, while the Xbox One X upgrade codename is Anaconda.

The investments Microsoft has made heavily hint that the next line of Xbox products will support the Xbox Game Pass and cloud gaming.

As for what direction these boxes will take in order to push video games forward, little is known, but we have some hints. Microsoft has also made no secret of pushing into the space of cloud gaming, as it announced Project xCloud in October. It aligns with what Spencer discussed in his E3 keynote about wanting to take advantage of different devices and letting people play on a variety of platforms. This would likely be an extension of one of Microsoft’s few big successes this generation, Xbox Game Pass, which provides access to a number of Xbox One and Xbox 360 games for one monthly price. The investments the company has made toward these initiatives heavily hint that the next line of Xbox products will support the Xbox Game Pass.

Spencer also tipped his hat toward backwards compatibility, telling Eurogamer he’s “very proud of our track record of compatibility.” During a conversation with Giant Bomb, Spencer made a case for lowering load times to get games started faster. He also spoke about frame rate being a place where “consoles can do more.” And despite Microsoft’s partnerships with Oculus and work it has done on the HoloLens, it doesn’t appear the next gen of Xbox products will provide an alternate reality to players. Microsoft’s Chief Marketing Officer Mike Nichols told Gamesindustry.biz, "We don't have any plans specific to Xbox consoles in virtual reality or mixed reality."

One place where Microsoft seems to be investing heavily for the next iteration of its hardware is in producing more first-party, possibly exclusive, games through studio ownership. Microsoft announced the acquisition or opening of seven different studios, including Obsidian Entertainment, Ninja Theory and Playground Games, during the second half of 2018. Microsoft has fallen behind Sony and the quality of games produced by the 15 studios it owns, but these acquisitions could help Microsoft catch up.

The curtain has been drawn a little tighter around what Sony is cooking up. Yoshida admitted in October that the company thought it was “necessary” to have a next-gen console. Besides that, precious little has made its way into the press.

A Semiaccurate article came out last year that purported to have the skinny on chipsets and new specs of what will probably be named the PlayStation 5. The article reportedly claims that AMD’s Navi will be the system’s base architecture and a lot of dev kits have already been sent to studios. Another thing the story claims, which logic backs up, is that Sony will commit further to its virtual reality offerings. The PlayStation VR has continued to sell relatively well. At the end of July 2018, Sony said it had sold 3 million PSVRs and almost 22 million “games and experiences” since its 2016 release. Sony reportedly sold 1.3 million units in 2018 alone. That sales number is below Sony's expectations, but interest in the platform has risen. That’s thanks to a number of heavily-praised games that came out for the PSVR like Tetris Effect and Astro Bot: Rescue Mission.

It’s likely the PlayStation VR will not only continue into the next generation, but it might also be more intrinsically tied to the PS5.

Additionally, since Microsoft said it’s unlikely to pursue VR for its next console, it seems like a savvy business move to keep offering something its competitor does not. It’s likely the PlayStation VR will not only continue into the next generation, but it might also be more intrinsically tied to the PS5.

There’s something to be gleaned about timing from Sony’s announcement: Sony will not be attending E3 in 2019. Since it only had four games to show at last year’s conference, it looks like the company is putting a great deal of resources toward future projects, which it doesn’t seem ready to talk about. All of this, as I’ve previously laid out on ONE37pm, points to a 2020 unveiling for this next-gen hardware.

It makes sense Sony is more cagey than Microsoft. Microsoft has a lot of ground to make up and wants to get more people excited about the Xbox’s future, while Sony has no real reason to divulge any new information until it is ready.

Whatever you do, don’t think Nintendo, and its amazing piece of hardware, is resting on its laurels. Nintendo plans to roll out an updated version of the Switch in 2019 to make it “brighter, thinner and more energy-efficient,” according to The Wall Street Journal.

We can’t limit this discussion to only Sony, Microsoft and Nintendo. There have been rumblings about other companies bringing their own consoles to the home video games market. The two biggest, and most likely, newcomers are Amazon and Google.

Though it’s been a number of years since Amazon, which owns the Twitch streaming service, was rumored to have been developing its own home console, you still can’t count out the retail giant. It has a history of making surprising moves like buying Whole Foods or taking on drone delivery. One thing to keep in mind, though, is the last time rumors swirled around an Amazon video game console, it was testing a lot of experimental waters. The Fire Phone flopped spectacularly, and the company has seemed to be relatively more cautious in investments ever since.

A much bigger question mark is on Google. Google is reportedly aiming to release hardware built around a streaming platform and to court developers under the “Google umbrella” and to possibly buy studios. These rumors were partially confirmed in October when Google unveiled Project Stream, a streaming platform connected directly to the Chrome browser. Google tested the project by allowing some people to stream and play Assassin’s Creed: Odyssey on the day it released for the length of its test. Though Google does have a spotty track record with following through on moonshot initiatives (i.e. Google Glass), the company is just as unpredictable as it is rich.

2019 will be a very exciting year, not in the least because we are almost certain to get more information about what the future of video games looks like.