Spider-Man and the Police: Even the Wall-Crawler Can’t Get Over America’s Divide in PS4 Game

‘Spider-Cop’ is in cahoots with NYPD officers, and some players find this alarming in light of real police scandals 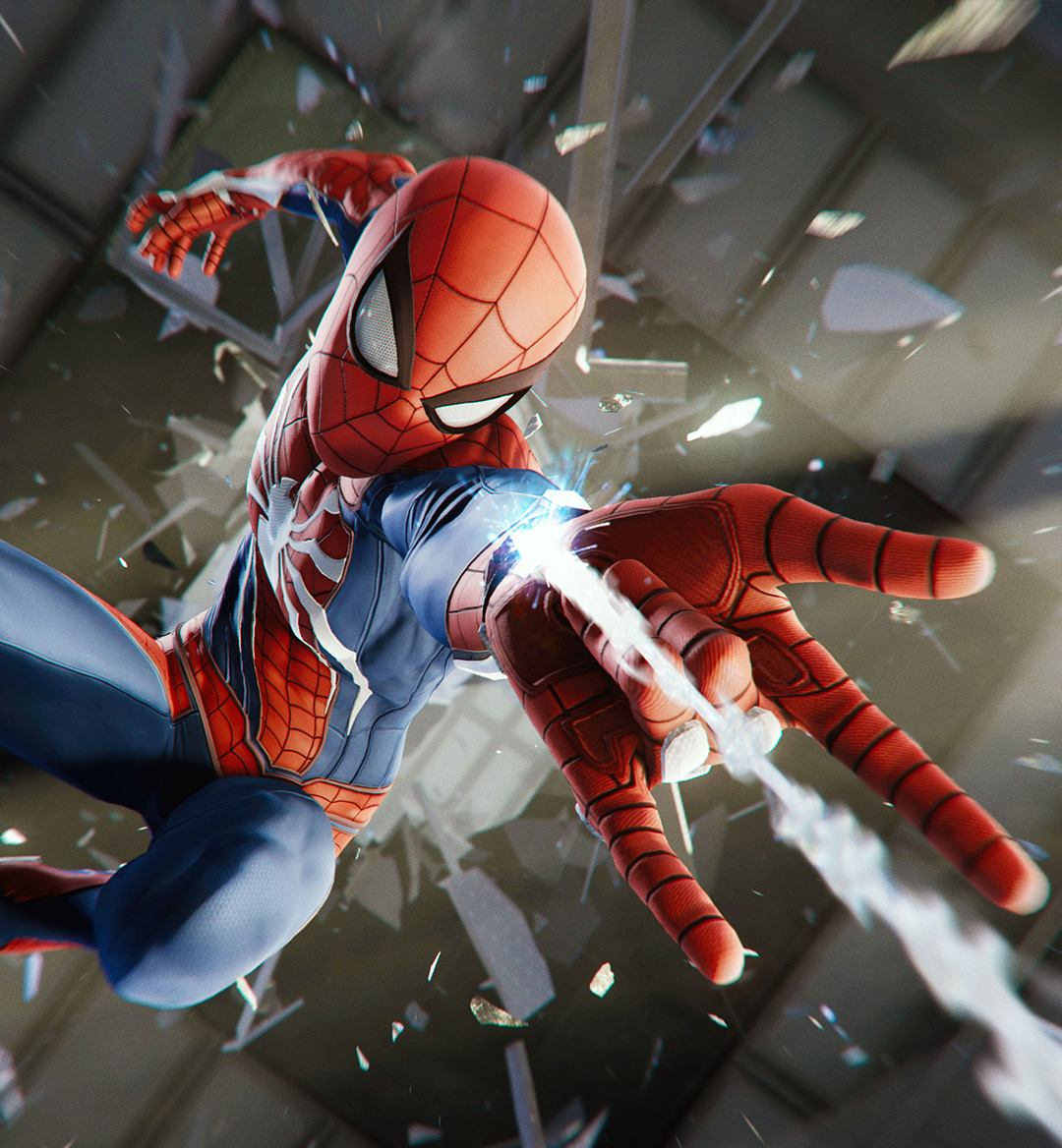 Superheroes have remained a surprisingly resilient crossover force in America's fraying political divide. Marvel and DC properties, for the most part, seem to have been tailored to walk the line between what entertains both blue and red America. Superheroes have remained safe topics to discuss during family gatherings, and they seem like a harmless subject on which to build a video game. Then along came Spider-Man on PlayStation 4.

Insomniac's recent breakout hit has received near-universal praise for its rich story, its fantastic rendering of New York City and its enormously fun gameplay. However, as enthusiasts swung their way from skyscraper to skyscraper in a bid to clean up the Big Apple, another conversation began. It was one that didn't have a whole lot to do with the excellent traversal mechanics or the stellar voice acting from Yuri Lowenthal as Peter Parker. Instead it was about how the game treated Spider-Man's relationship with the New York Police Department.

From the very beginning of the game, it's made abundantly clear that your friendly neighborhood Spider-Man is very much in cahoots with the local PD. His first main overworld contact is the gruff police captain Yuri Watanabe (played by Laura Bailey), who asks Spidey to repair police communication all over Manhattan. Spider-Man gladly obliges and sets off on a number of Watanabe's requests, happily coordinating with the police to forward their objectives without question or concern about the ultimate goals. There's an odd bit at the beginning when he even refers to himself multiple times as "Spider-Cop," much to the chagrin of Watanabe.

If you haven't noticed (and you probably have), America has been going through a prolonged cultural moment with how its citizens view the police. It should absolutely be noted that for many, this isn't a "moment" at all, but rather how they've lived their entire lives.

Many long-held fears and outrage exploded onto the national scene with the 2014 shooting of Michael Brown in Ferguson, Missouri, and since then widespread condemnation of police practices with respect to minority groups has manifested into a number of active movements and overt symbols upon American life. And that sense of anger remains just as palpable today, from the Detroit police officer fired for posting a racist picture on Snapchat this week, to last month's shooting of an unarmed black man in his own Texas apartment.

That sense of injustice formed the Black Lives Matter movement. That fury inspired Colin Kaepernick to begin lasting NFL protests. That backlash started the Blue Lives Matter campaign in defense of police officers. And the whole conversation is what makes Spider-Man's treatment of the police so compelling.

It didn't take long for the first criticism of Spider-Man's relationship with the police to come out. Just three days after the game's release, a very unsubtle post by Tom Ley ran on Deadspin titled, "They Turned Spider-Man Into A Damn Cop And It Sucks." That unambiguous headline raised the first mainstream positions on the, to some, disconcerting nature of Spidey's police work.

"It’s dumb to expect video games to be responsible reflections of real life, but it is also impossible, for me at least, to not feel some ickiness about the game forcing me into cahoots with even a fictionalized version of the NYPD, an organization that routinely oppresses some of the most vulnerable residents of the city I live in," the author Tom Ley wrote. "What this new game does is put Spider-Man up on a perch where he doesn’t belong. He’s no longer performing heroic deeds out of just the goodness of his heart, but also for the purpose of solidifying the existing power structure’s grip on the city."

This was far from the first mention of the tilted perspective of Spider-Man's latest (and many say greatest) video game outing. A groundswell of people across the social sphere were all too eager to question the Wall-Crawler's intentions with regards to the police. Though very, very few seemed to have problems with the gameplay, story structure or combat. Many seemed to not understand the exact direction of this game's subtext.

Of course, this backlash had a backlash. It didn't take very long after the first wave of criticism for the backlash to rise up and question what exactly was the problem. To many on the other side of the debate, the question was: What's so wrong with Spidey helping the police?

Forbes was quick to take the other side and declare that Spider-Man doesn't actually glorify police abuse and that people who saw such subtext were looking too hard for indignation.

"Of course, the cops are on Spider-Man's side throughout the game. There's no way around that," writes Erik Kain. "In this fictional universe, the cops are good guys. The escaped convicts are bad guys as are the armed thugs from Fisk's organization and the Demons. The cops, or at least the ones working with Yuri and Parker, are heroic and hapless, always in need of help."

Kain wasn't alone in defending Parker’s partnership with the police. Many turned out on social media, and in the media itself, to claim that such an outrage was invented, if not overtly coordinated.

The National Review took the far position and claimed that Spider-Man caused "SJWs" (Social Justice Warriors, a pejorative against the left) to be "triggered" because the police weren't the villains of the piece.

"To be clear, in this game, the player, as Spider-Man, helps the police: 1. stop muggings; 2. stop break-ins; 3. rescue people from car accidents; 4. defuse bombs and oppose terrorists; 5. and most importantly, SAVE LIVES," Chris Pandolfo writes. "But those good things are problematic for the SJWs, who demand that all entertainment media shove SJW propaganda down everyone’s throats. Criminals can’t just be bad guys. The police can’t just be the good guys. And our heroes need to fit into a leftist narrative, or they can’t really be heroes."

From developer Insomniac's end, it's difficult to ascertain their reasoning for depicting Spider-Man's relationship with the police one way or another. They did not respond to multiple requests for comment.

And it's not the only curious decision that is included in the game. In researching the evolving conversation, it became clear that many picked up on something I noticed during my play through: There is a prominent black police officer, who plays a pivotal role in the story, named Jefferson Davis. Jefferson Davis was also the name of the only president of the Confederacy during the Civil War. I don't mean to presume at all that this character was named after the infamous historical figure. I'm merely pointing out that I'm far from the only one who raised an eyebrow when the character said his name.

It's interesting to consider whether this game would have had inspired the same conversation had it been released just a few years ago. Video game depictions of police have usually steered relatively clear of criticism. But the past few years have put a megaphone to this country’s opinions about law enforcement. More light has been shed on the perceived abuses of police power and those active in holding law enforcement accountable have made their voices heard.

In a climate like this, there’s no such thing as being apolitical, even in video games. Much was made earlier this year over Far Cry 5 and its depiction of a rural religious cult gone wrong. Before the game came out, it was expected to levy a pointed criticism against the perceived cultural forces that elected Donald Trump. Instead, many, many, many people found the game’s aggressively apolitical nature robbed it of any substance. In trying to cater to everyone, it lost them all.

That seems like a close analog to Spider-Man’s police problem. In ignoring America’s struggle with law enforcement and running with what would possibly have gone unnoticed five or 10 years ago, the game instead gave many people a modern setting that they didn’t recognize. In trying to act like there isn’t a problem, Insomniac underlined it.

The good folks at Insomniac probably didn’t mean too much by having Spider-Man glorify the police. But in contemporary American pop culture, every artistic decision will only continue to underline this county’s deepening divisions.