‘Fortnite’ Squad Up: Drew Taggart of The Chainsmokers, Snood and NBA 2K Leaguers 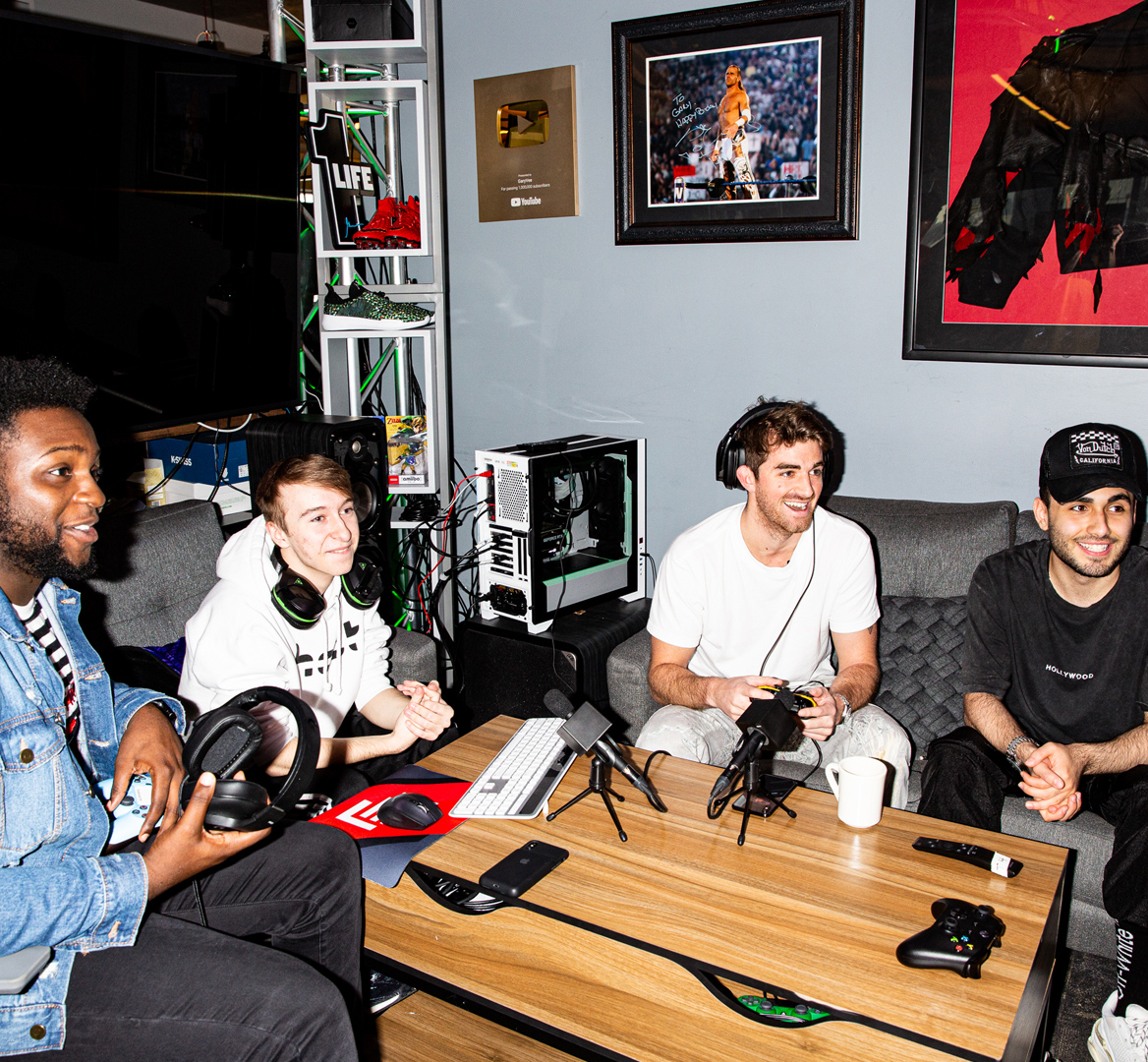 Drew Taggart, half of the popular music duo The Chainsmokers, is certainly a busy man. But he took some time out of his intense touring schedule to run a few Fortnite matches during a special ONE37pm Twitch stream.

Joining in on the fun were Snood of Ghost Gaming, plus Adam Kudeimati and Malik Hobson, who are both NBA 2K League competitors from Knicks Gaming.

Here’s a quick video recap of what went down when they played. To watch the full recorded stream, watch the YouTube video at the bottom of this story. 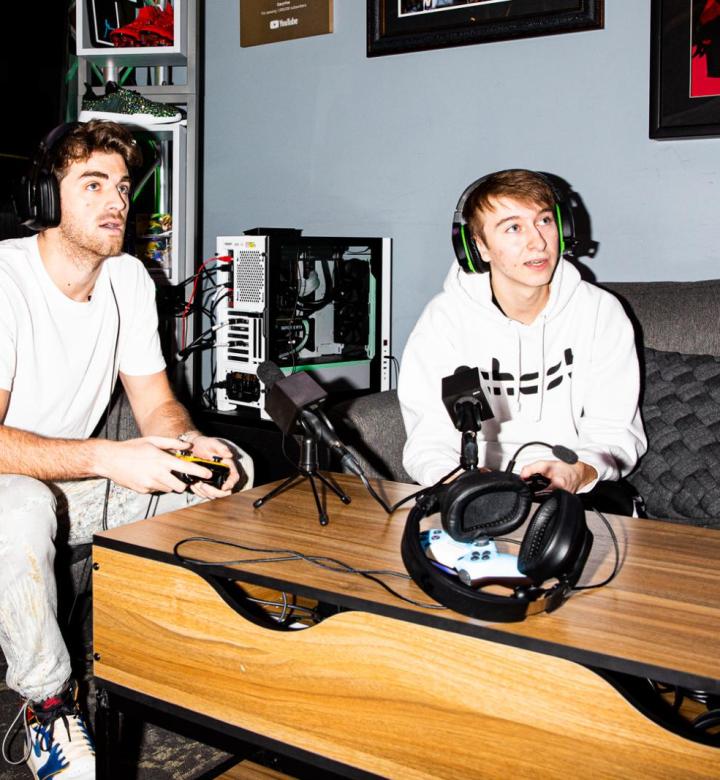 As the most experienced player of the group, Snood made his mastery of Fortnite clear when asked about his professional team’s most memorable victory: “We were at TwitchCon and it was down to the last game. We thought we weren’t going to qualify. So we basically killed like 15 people and got all the points to qualify and win that one last game. And then we went on and got like sixth in the tournament. It was really fun.”

Snood doesn’t just pour all of his time into Fortnite—he also enjoys playing first-person shooters Call of Duty and Counter-Strike: Global Offensive. When the topic of E3 games came up, he quickly mentioned “Dying Light 2 and Borderlands 3 [because] those look really fun. I haven’t really played a lot of campaign games, but I played the games in those series, which I really enjoyed.” Snood stepped away to tinker around with the controller setup for the day’s stream, and Adam and Malik arrived soon after.

Adam and Malik Chill Between Tourneys 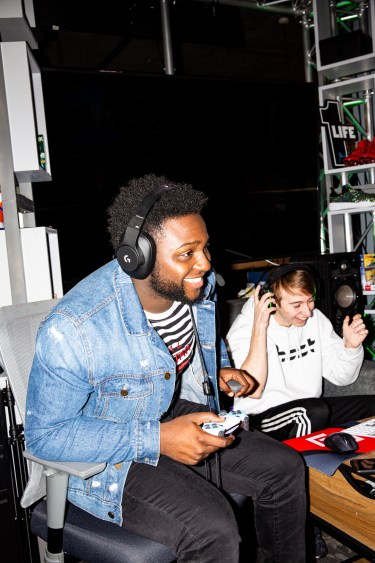 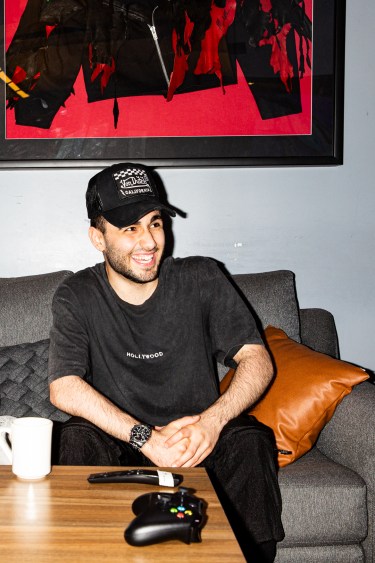 While these two young prodigies are incredibly talented at NBA 2K League, they also kick off some steam in other games. As expected, both Adam and Malik are big on Fortnite, and Adam also loves to hop onto the digital soccer field for some good ol’ FIFA). Adam’s a pretty hardcore Xbox 360 fan. While he switched over from that console to the PlayStation 4 recently, news of Microsoft’s Project Scarlett has him excited for the next Xbox. “I may have to come home when that drops next year,” Adam said.

Malik and Adam are currently in the midst of competing in NBA 2K League tournaments and attempting to bring a championship to a city that’s dying to get another one (they technically play for the Knicks, after all). “We were preparing for the biggest tourney of the year, which is called the Ticket, in Orlando,” Malik said. “We ended up placing top four in it, and I was pretty happy with our performance. The tourney was definitely hard these past couple weeks.”

Before the Twitch stream went live, Snood and Drew tested their team chemistry during a few duos practice rounds. Noticing that Snood had some trouble adjusting to the controller setup, Drew elicited a few laughs after mentioning how hard it must be for Snood to move from mouse and keyboard to controller. “Playing with a controller is like playing soccer with a baseball bat,” Drew told Snood, who decided to switch back to his tried-and-true mouse and keyboard playstyle. Once the pre-stream matches wrapped up, Adam and Malik buddied up with the pair as everyone exchanged super-cool pleasantries.

Playing with a controller is like playing soccer with a baseball bat.

The four-man crew switched in and out as they played on squads across five hotly contested matches. As they followed Snood’s lead and pulled off some impressive enemy kills and defensive strategies, Drew dropped some jewels about his profession and his nonstop hustle. As he spoke about his time in Los Angeles and the many opportunities that are present there, Snood, Adam and Malik listened intently and seemed to be taking his advice to heart. Snood’s top-tier skills in Fortnite became the topic of discussion, which led to his mentioning how big of a star he is to his fellow classmates. It’s not unusual for the young pro player to hear his name called out during a regular day at school. Watching the four-man team play together while picking each other’s brains about their chosen professions was certainly inspiring.

Their teamwork almost resulted in a few wins. Their best moment arrived during the fifth and final match as they managed to attain a fifth-place position atop the leaderboard. 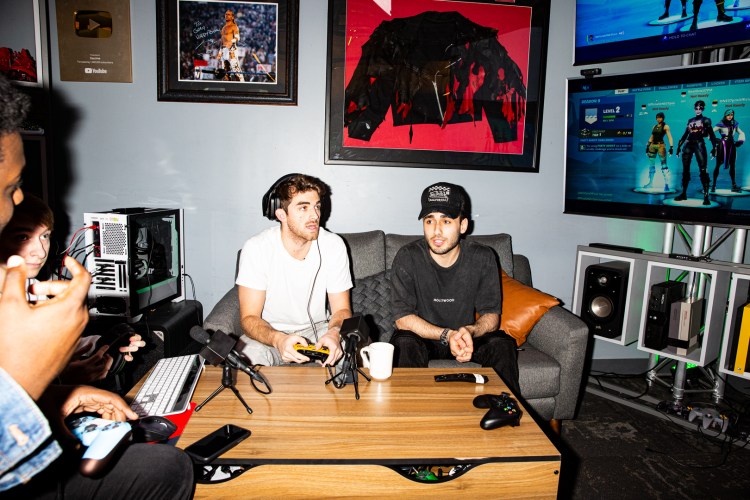 Afterward, Drew made sure to mention just how addictive Fortnite is and the possibility of having The Chainsmokers’ music become a part of the battle royale phenomenon. “We’ve actually talked to the Fortnite guys about doing something,” Drew said. “They have a lot of cool music initiatives they’re trying to start. There are so many opportunities to work with the game, so we’ll see.”

Drew is a big stage performer who’s quite comfortable turning up alongside his partner in front of a sea of rabid fans. But in a shocking admission, he noted how he gets a bit more flustered when it comes time to play Fortnite during a live stream. “I feel like people don’t expect me to be good, so I do get nervous.” Drew never got the chance to play video games while he was growing up since his mother didn’t allow it. But now that he’s a world-renowned and well-off musician, he gets to play all the Fortnite matches he wants.

Once Drew, Snood, Adam and Malik wrapped up their live stream session, Adam and Malik presented their newfound Fortnite partners with some slick Knicks caps. Hand daps were given, more laughs filled the room and group pictures were taken as the day finally came to a close. Drew was ready to hit the road for more Chainsmokers shows, while Snood, Adam and Malik were preparing for their next major gaming tourneys. The music and pro gaming hustle definitely goes hand in hand.

this was so much fun. Thank u https://t.co/GpiFb8mHQZ