September Is a Legendary Month in the History of Hip-Hop 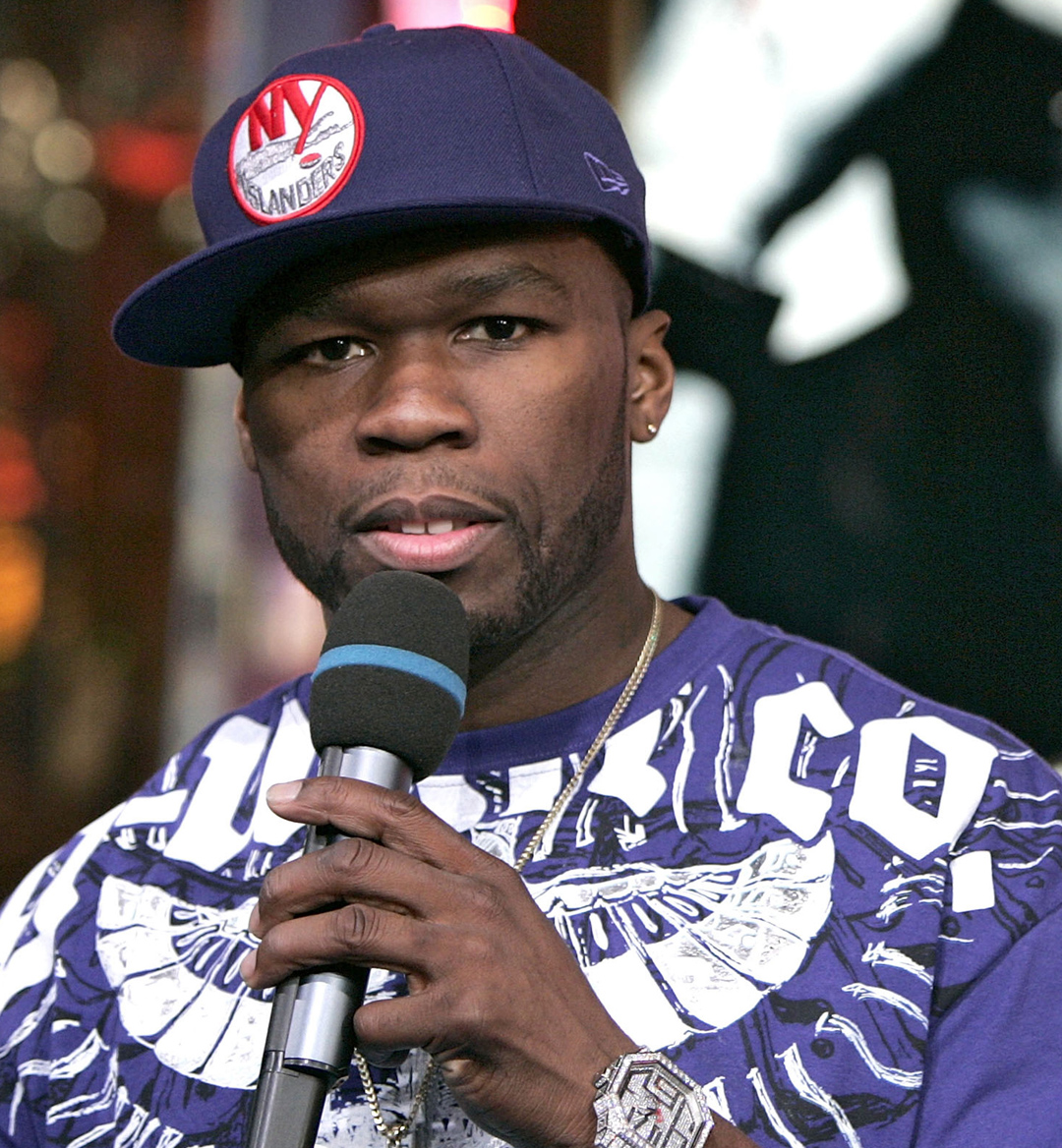 The month of September is one that gives people mixed feelings. The weather is getting colder and people are preparing for the end of the year. Events have occurred in September that have made a serious impact on history, ones that affected many lives and, in some cases, helped bring the country together. But many people, especially those in the hip-hop culture, tend to forget that September is also the month when four of the game’s biggest artists dropped albums that would change the genre forever.

September 11, 2007, was an important day in hip-hop history. Two of the biggest artists in the game, Kanye West and 50 Cent, set themselves on a collision course, with both of their albums scheduled to drop on the same day.

Hip-hop had long been considered a black sheep in the music business up until that point. But a new day was dawning in music as these two giants had become stars not just on the music scene but in pop culture as a whole, thanks to a unique sound that brought many new fans to the genre. So when these two hip-hop giants decided to face off and release new albums not just on the same day but also at the same time, it became a thrilling narrative that people had to tune in for. 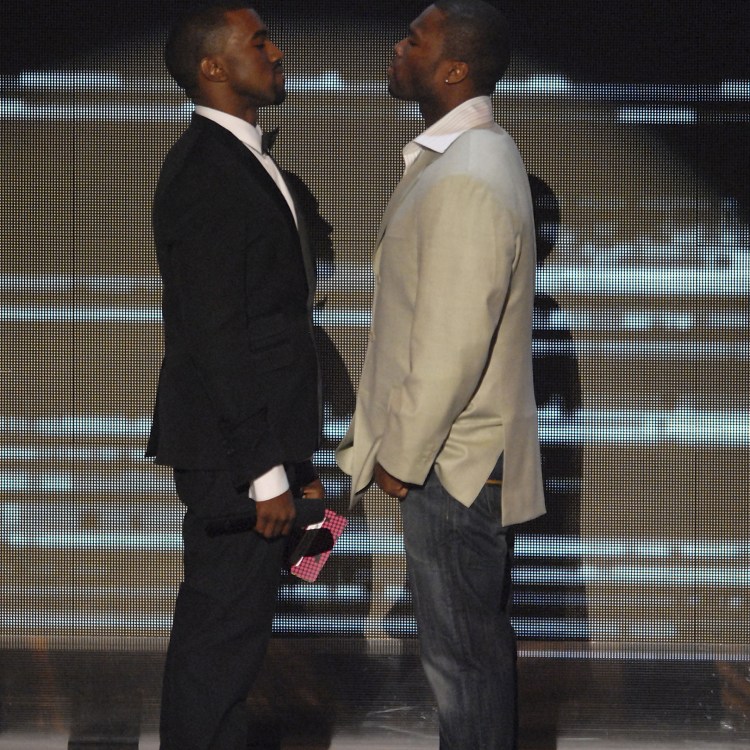 The stakes were high because, prior to the releases, it was rumored that 50 Cent made a bet that if he lost the first-week sales race to Ye, he would retire.

50 Cent released his third studio project, Curtis, while Kanye West also released his third album, Graduation. West won the race in dominating fashion, outselling 50 Cent by more than 300,000 copies. Although it didn’t win the first week’s sales, Curtis went on to become platinum certified by the Recording Industry Association of America while also garnering critical acclaim thanks to tracks such as “Amusement Park,” “Straight to the Bank,” “Ayo Technology” and “I Get Money.”

Meanwhile, Graduation became the album that catapulted West to superstar status. Introducing a new sound he called “stadium music”—a sound filled with rock ’n’ roll aesthetics and the effects of an 808 drum machine—the project went on to sell more than 2 million copies.

Publications such as Spin, Entertainment Weekly, Billboard and Rolling Stone all put West’s project in their top 10 best albums of 2007. He won Best Rap Album at the Grammys thanks to hits such as “Stronger,” “Can’t Tell Me Nothing,” “Good Life” and “Flashing Lights.” West not only showed everyone what kind of great music can come out of Chicago but also reminded the world of the great music that comes from one of hip-hop’s most important record labels, Roc-A-Fella Records.

Roc-A-Fella Records is a label partially owned by Damon Dash, Kareem “Biggs” Burke and a promising rapper/entrepreneur you may have heard of, Jay-Z. Shawn Carter became the face of the brand thanks to countless hits that often had his name thrown into debates over who is the greatest emcee of all time.

But when he released his sixth project, The Blueprint, Hov changed the way we listen to music forever. Despite being released on the same day as the terrorist attacks of September 11, 2001, more than 400,000 copies were sold in the first week and the project went on to reach double platinum status by the RIAA. The cultural impact it had on the music business helped Jay’s legacy elevate to the unofficial “Mount Rushmore” of legendary rappers. Thanks to flawless production by Kanye West, Timbaland and Just Blaze, The Blueprint revived the authentic, classic meshing of old-school samples and raw, drum-beating patterns. Songs like “Renegade,” “Heart of the City” and the controversial diss track “Takeover” meshed well with the radio hits he had, such as “Izzo (H.O.V.A.)” and “Girls, Girls, Girls.” The expression “aging like fine wine” perfectly describes how influential this project is, as it was selected by the Library of Congress for preservation in the National Recording Registry for being “culturally, historically or aesthetically significant.”

On the same day as the epic Blueprint release, a newcomer who had been gaining a lot of buzz from the underground hip-hop circuit finally released his highly anticipated debut album.

Brooklyn smooth talker Fabolous released his debut project, Ghetto Fabolous, which gave the hip-hop world an introduction to the next generation of rap. Coming out of Brooklyn—the same hometown as the Notorious B.I.G. and Jay-Z—Fabolous’s album debuted at No. 4 on the Billboard 200, and he became known as a force everyone knew they needed to watch out for. He had three singles charting on the Rhythmic Top 40 and Billboard Hot 100: “Can’t Deny It,” “Trade It All” and the classic hit song “Young’n (Holla Back).” “Young’n” helped revolutionize the hip-hop dance scene thanks to its part in popularizing the “Harlem Shake” dance move that was featured in the video.

Ghetto Fabolous went on to reach platinum status, but the debut was the start of a new era in hip-hop. It was an important project for Brooklyn hip-hop, showing the world what kind of talent was next up to take the stand as the mighty emcee once Jay-Z decided to “retire.” In addition, Fab was able to successfully redefine the rap game thanks to a slew of catchy beats, versatile lyrical wordplay catering to the ladies as well as the fellas, and a smooth aura that everyone grew to idolize.

Every time September rolls around, be sure to keep an eye on the release calendar, as the next hip-hop classic just might be dropping.

Related: A Cool Look at How Rap and R&B Are Connected to Nashville

Related: Inside Young Thug’s No. 1 Album: How James Harden and Future Helped Finish It