How to Smoke Weed with Your Parents 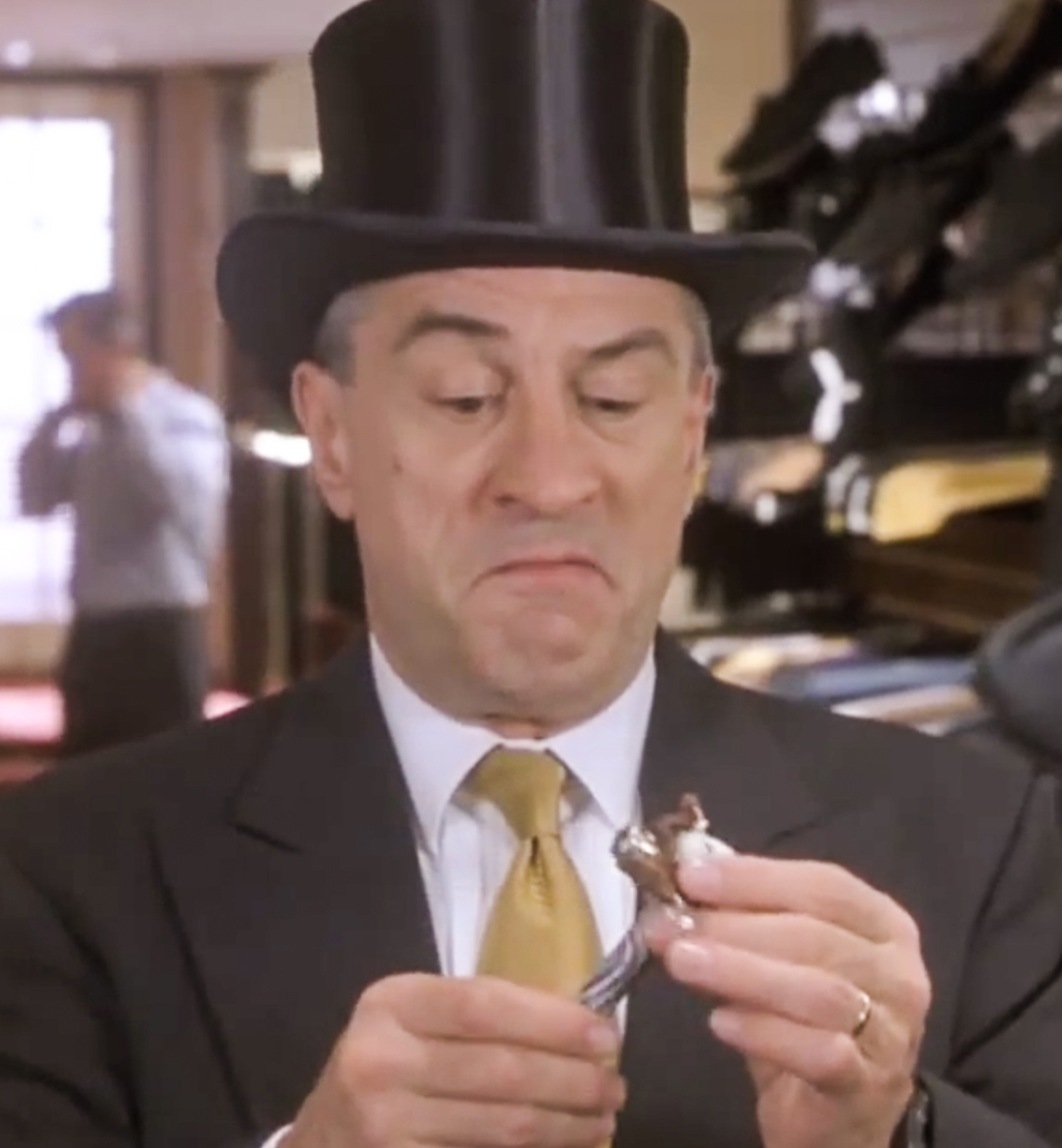 Weed has officially gone mainstream—and the green is rolling in. Even with federal prohibition still in place and an unapproving administration in Washington, D.C. (where the herb is legal in a gray area sense of the word), nine states currently allow for recreational marijuana use and another 30 allow medical use.

In 2017, the blossoming business brought in nearly $9 billion. According to CNN Money, the opening of California’s legal weed market could potentially boost national sales up to $11 billion by the end of this year, a total they place as surpassing the entire snack bar industry (i.e. granola bars, cereal bars etc.). Investors are taking notice too, including Billionaire investor Leon Cooperman, Mick McGuire’s Marcato Capital, Corona Beer’s parent company Constellation Brands, who have plans to brew a “weed beer,” and even our own Gary Vaynerchuk, who recently acquired a 50 percent stake in a cannabis-focused marketing and branding agency called Green Street.

So what does this mean for you? For starters, it’s never been safer to light up if you live in a city where legalization, or at least decriminalization, is being given the green light. As prohibition is being lifted by individual states across the country year after year, so are some long-lasting stigmas, including parents openly smoking more of, or even investing in weed. So is now the perfect time to starting lighting up with mom and dad? It just might be.

Growing up, you likely received a firm talking-to from Mom and Dad about why you shouldn’t mess with grass—even if, behind closed doors, your parents were doing just that. But now, some parents are entertaining creative ways to get into the weed economy to make ends meet, or they’re simply investing in dispensaries or weed stocks to boost their annual income.

In 2017, Yahoo News and the Marist Poll surveyed more than a thousand adults in America and found that 54 percent of cannabis users were parents, a number that’s likely to rise. They also found that almost half of those puffing parents had consumed it in front of their kids or with them.

Now, if you’re a parent with young kids, should you smoke with them? Definitely not! That’s bad, man. But if your kids are old enough, according to the age of legalization in your state (usually 21, like drinking), then a little smoke sesh just might be the key to making your familial bond stickier than ever. A Mic article weighed the pros and cons of smoking with your parents, and brought up the point that doing so can add a more humanizing, down-to-earth vibe to your relationship. “Smoking weed with our parents helped her see them more fully and get to know them as "real people, not just mom and dad,” an interviewee in the story said. They also touched on how smoking brings parents back to their fun-loving youth in front of their kids—far better than a gin and tonic and Fleetwood Mac CD I would say. For some who might have parents who look down on weed, and who have preached that it will make you do terrible, unholy things, perhaps seeing their kids smoke—and not lose their minds but instead be totally chill—could help reverse some of their outdated opinions on the plant.

If you’re a young person reading this and you’ve discussed taking part with your folks but feel timid, confused or just plain freaked out by the concept, read on. It’s going to be fine. 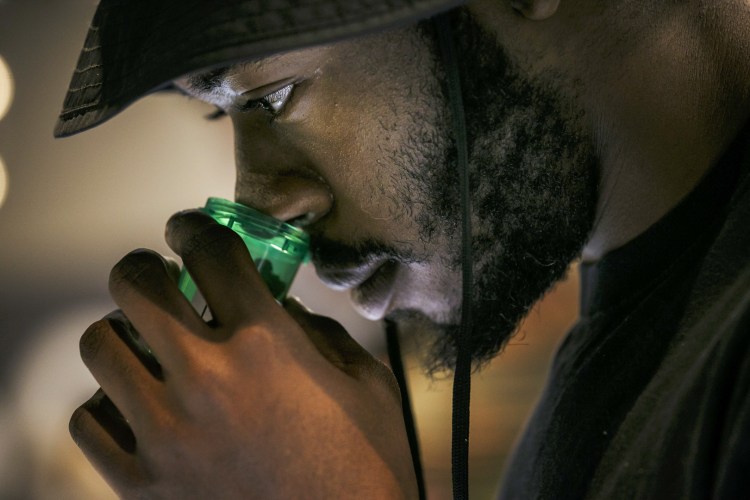 Like anytime you’re going to smoke, you should know where your product is coming from. If you’re smoking with your potentially middle-aged parents, know this: Your stash is a lot stronger than what they were getting into when they were teenagers listening to the Dead.

According to the popular marijuana information site Leafly, today’s weed is 57 to 67 percent stronger when compared with samples from the ’70s. What goes into today’s strains simply contains more psychoactive compounds, including THC, in the individual buds. Your parents likely don’t have the same tolerance as when they went to back-to-back showings of Star Wars in 1977, either, so you should take all that into account if you’re masterminding this family gathering.

Look for strains with less THC, which should be possible by simply talking with your dealer or reading up on the product, which you should be doing anyway if you’re being smart. You don’t want Dad losing his shit and wandering the neighborhood in his bathrobe.

Perhaps your parents want to get in on the culture of weed in 2018 but aren’t in the mood for actual weed? Look into CBD. The popular oil, which provides some of the pain-reducing and therapeutic effects of cannabis without the psychoactive compounds (meaning it doesn’t technically get you high), is being used by tons of people around the world to treat everything from autism to cancer, as well as relieve common ailments for older folks, like back pain.

CBD will get you and your fam to chill out, while ensuring things don’t get too weird. It also comes in everything from body lotion to a variety of yummy candies. You can also look into using a vape pen, which is great for CBD or just regular THC-toting weed if you want a lighter, more controlled hit. Vapes are nice for parents who might be turned off by a stinky joint or your giant bong.

If your folks are interested in kicking it up a notch, then it’s a good idea to look for a strain in the sativa category versus indica. If you don’t know what that means, consider this: Sativa is more of a happy-go-lucky vibe, versus indica, which usually equates more to “I can’t feel my legs.” In the end, it’s about asking each other what type of mood and sensation you want and doing your research. 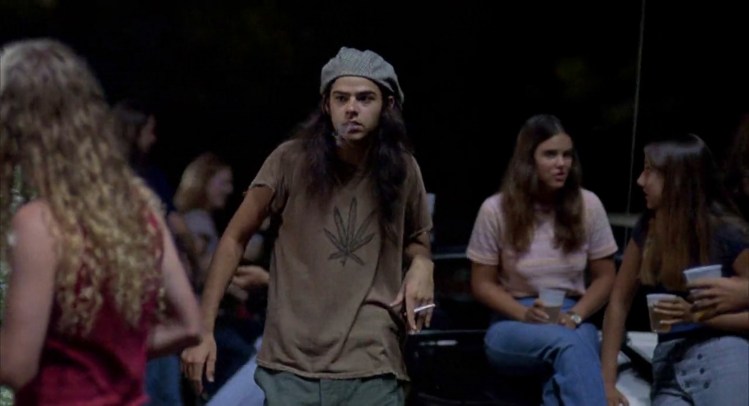 Even with weed laws becoming more lenient or simply legal, you still want to make sure everything feels right, especially when it involves your mom and dad. Make sure you’re in a safe, secluded and controlled environment that you and your family feel comfortable with. Your house is probably a good bet. Then consider putting on some chill music and cueing up a favorite family movie (skip Fantasia, trust me). And please don’t ask your parents to cook you dinner after. Just order Seamless.

Whenever you’re trying something new, especially if it’s with the people you grew up listening to and in some cases being grounded by, you always want to talk before. It’s possible that your parents are finally down with Mary Jane, but it might not feel right for them to do it with you, their child. And that’s OK! You don’t want to force this, and you definitely don’t want to enter a smoke session already feeling super awkward, because that will probably come later anyway. Find a good way to break the ice and get your fears and hesitations off your chest. This is already going to be weird, so let’s not make it worse. Good luck, and hey, pass the Doritos, Dad!