Hulu's 'The Great' Is Anti-Historical Perfection 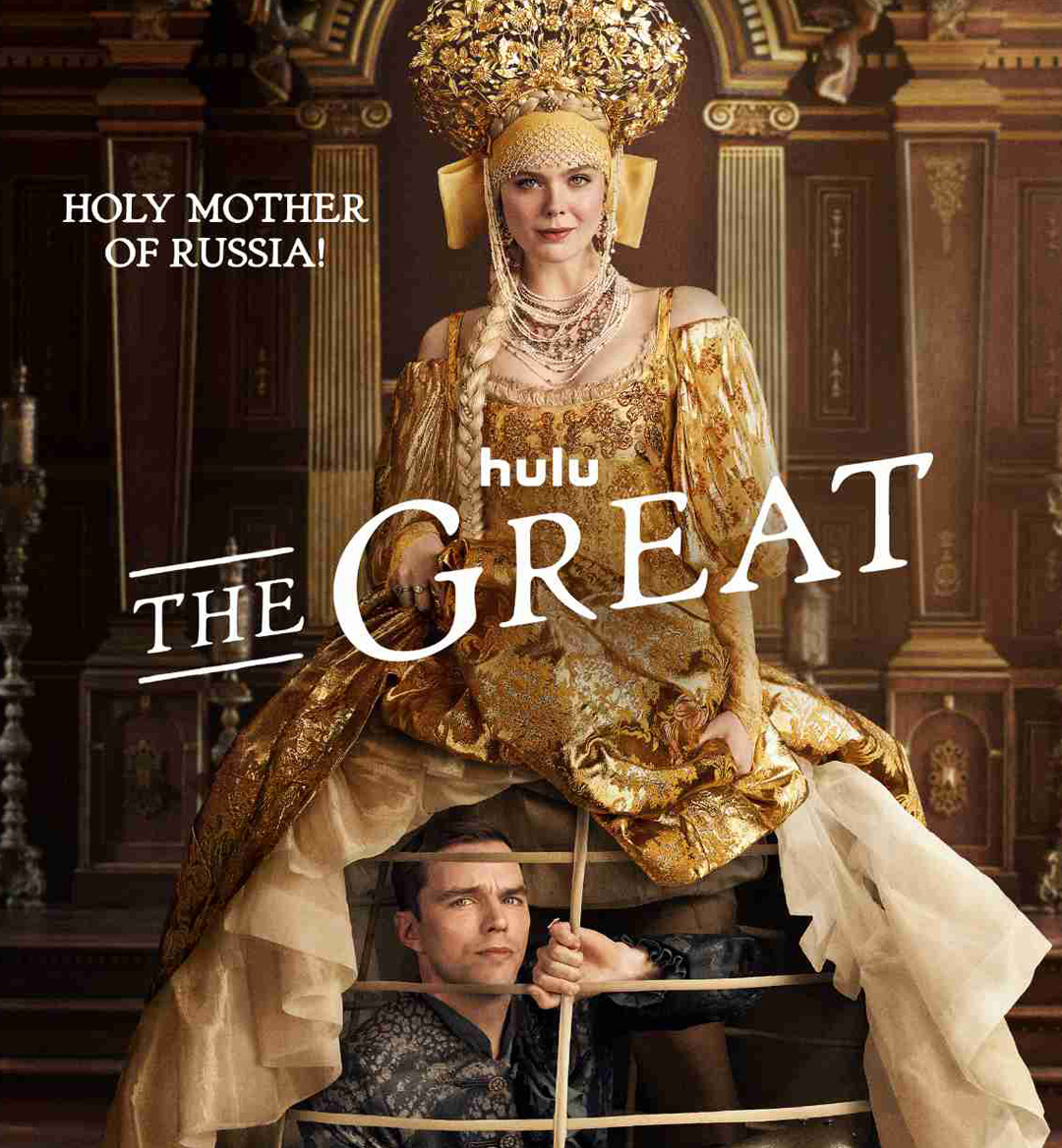 If someone tells you that they are watching a show or movie with a "period setting," your natural inclination might be to think of big gaudy Victorian mansions or palaces and over-the-top costumes. Perhaps they are based on history, maybe they are original concepts, but their ethos is tied to the setting. This idea works for some viewers but also turns a lot off if they can't buy into it.

Whether you fall into either category, The Great, which just dropped its second season on Hulu, is the next great (no pun intended) show you should be watching. It's a comedy-drama in a period setting and is a show made for people who hate those types of projects, as well as people who love them.

Created by Tony McNamara, who wrote the Academy Award-winning film The Favourite, The Great follows Catherine the Great, the longest-reigning Empress of Russia and one of the great leaders in European history, as she seeks to overthrow her husband Peter and take the throne herself.

Played brilliantly by Elle Fanning, Catherine begins the series as a typical noblewoman of the era, sent to marry a stranger in a faraway land in order to secure international cooperation between Prussia (part of modern-day Germany) and Russia.

Upon arriving, she meets Peter, played by Nicholas Hoult, and is devastated to learn that not only is he an incompetent Emperor, he is also incredibly dangerous with little regard for actually governing the country. Think Joffrey Baratheon but less sadistic and much more funny and charming.

It is then that Catherine decides to usurp the throne in an attempt to save Russia. 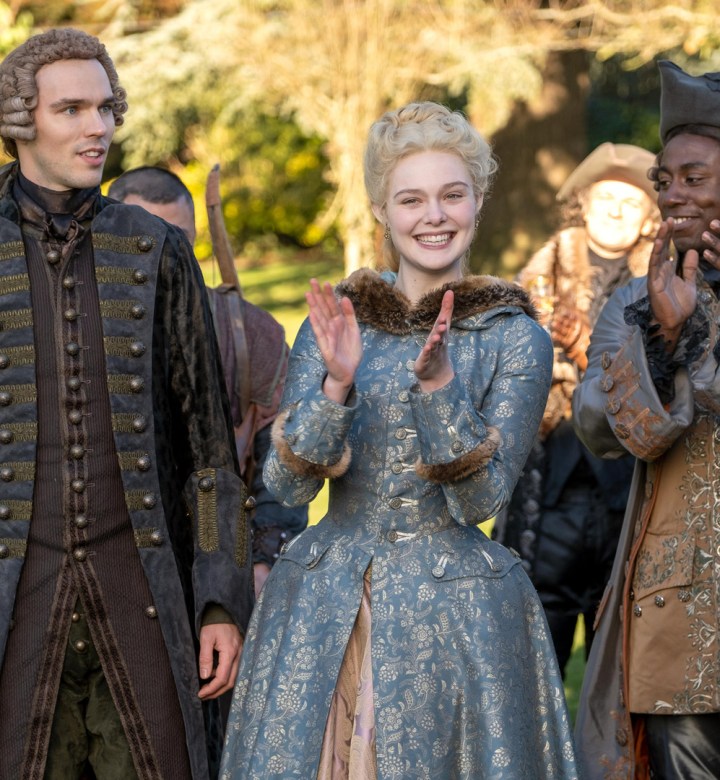 The show describes itself as "an occasionally true story" and inherently "anti-historical," meaning that while some of the characters are based on real-life people, they likely weren't very similar to their on-screen counterparts.

For example, while it's true that Catherine was married to Peter and did overthrow him, he died almost immediately after the coup and, while it's never been confirmed, was almost certainly assassinated.

Much like McNamara's The Favourite, what makes The Great special is that it, at almost no point, tries to pass itself off as a true story. It flies in the face of that and, while it's a gamble, that creative decision works incredibly well.

Allowing Nicholas Hoult's Peter to survive the overthrow and continue to be a character on the show is perhaps the wisest decision because he is so damn good in the role. He and Elle Fanning both steal every single scene they are in, whether they're on-screen together or not.

Its almost strict adherence to this policy of being anti-historical is how and why the show flourishes.

In real life, Catherine was responsible for ushering in Russia's golden age and helped make it one of the great powers of Europe. While the show has not caught up to that just yet (and it may not, as season 3 has not been confirmed), it's clear that the narrative is headed in that direction.

In the same vein as 2017's brilliant dark comedy The Death of Stalin, the characters, while supposed to be Russian, do not attempt accents or even pass themselves off as Russians. If they were making a strictly historical show with a dash of creative license, this might be an issue, but it isn't here.

Why? Well, the show isn't trying to be, and in many ways, wants to make sure you know that. 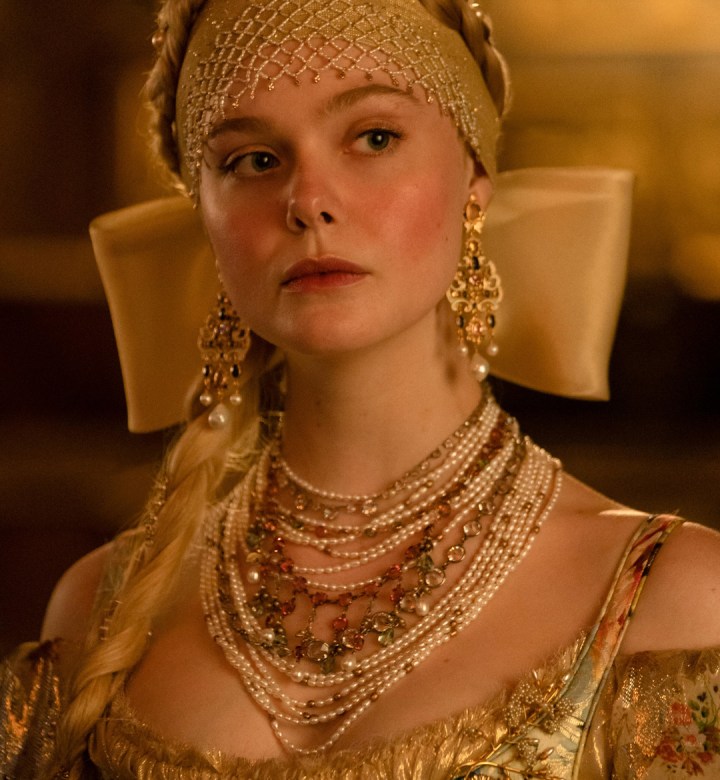 What really helps set The Great apart from other shows like it are the performances by its leads.

Given that she speaks with an English accent in the show, it can be hard to remember that Elle Fanning is actually an American. It sounds so natural, and as it’s no secret that a bad accent can instantly take the viewer out of a scene, finding someone who can put one on so well helps the show immensely.

The development of Catherine from a starry-eyed romantic who longs to win the approval of her husband to someone seeking the throne is not just well drawn out; it’s believable. She wants to take the country over not out of a desire for power but to help people.

Game of Thrones this show is not.

Fanning has said that not only does she love playing Catherine, but she also misses her when they’re no longer filming. In an interview with Collider, she said, “I miss Catherine, I really do. I’ve never had that with a character. Normally, I’m like, ‘That’s good. That’s done. Fine. That was a good experience.’ But I genuinely actually do miss Catherine.”

It’s this sort of thing that makes her such a strong character and one that you want to root for, even when she stumbles or you may disagree with something she chooses to do. 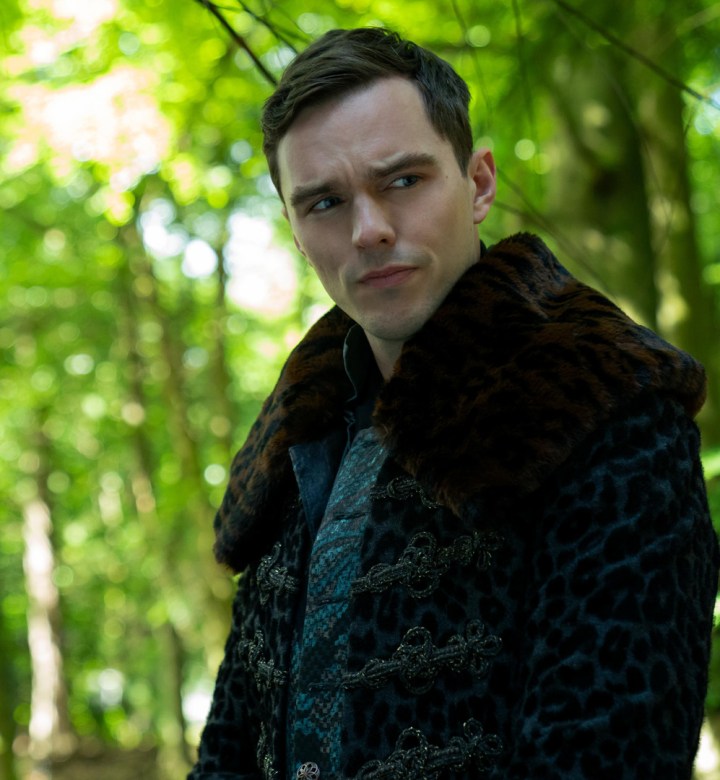 Peter's growth as a character is in lockstep with Catherine. He spends much of the first season aloof, cruel, and has no sense of governing capability or intelligence. Basically, anything that makes a good ruler he is not.

However, by season two, Peter, upon realizing that he does, in fact, love Catherine, begins an attempt to change himself. While he does fall back on his old ways—including one particular foible toward the end of the season that is perhaps his worst of all—it's clear that Peter wants to become a better person.

Hoult's performance is nothing short of spectacular as he can seemingly flip a switch between "old Peter" and "new Peter" almost instantly. It often feels like he's playing two different characters, which is no easy task.

He also plays Peter's body double in season 2, a character of his own, so he is almost playing three different people throughout. 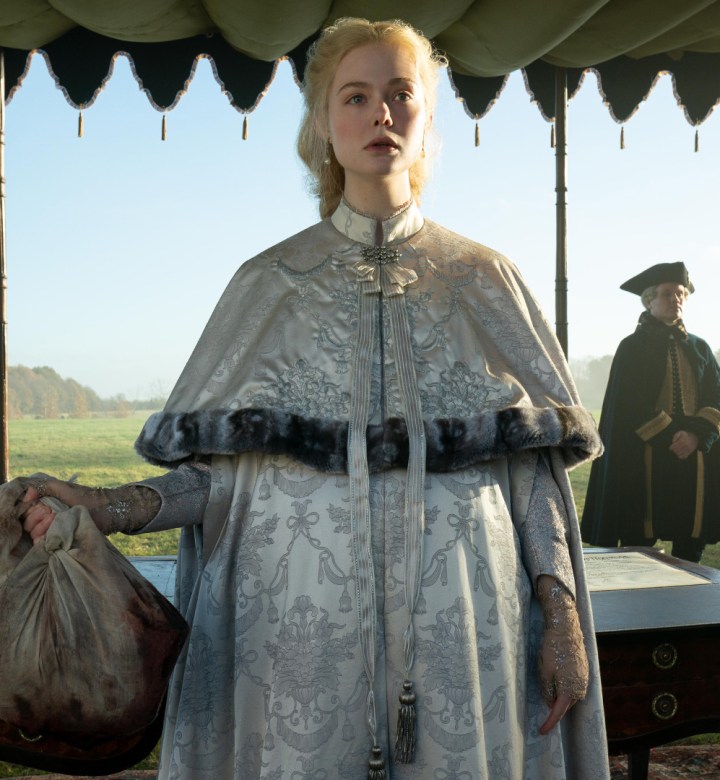 The Great is over the top in almost every way; whether it be its violence, language, sex scenes (and talk of sex for that matter), and while that perfect storm of excess can be over the top, it never makes for an annoying watch.

This week the show was nominated for three Golden Globes: Best Comedy Series and acting nominations for Fanning and Hoult. Given that this season has been even more well-received than the first, it's clear that they'll be getting plenty more nominations and awards.

So, if you're looking for that next show to watch, do yourself a favor and check this one out.