What Is J. Cole’s Net Worth? 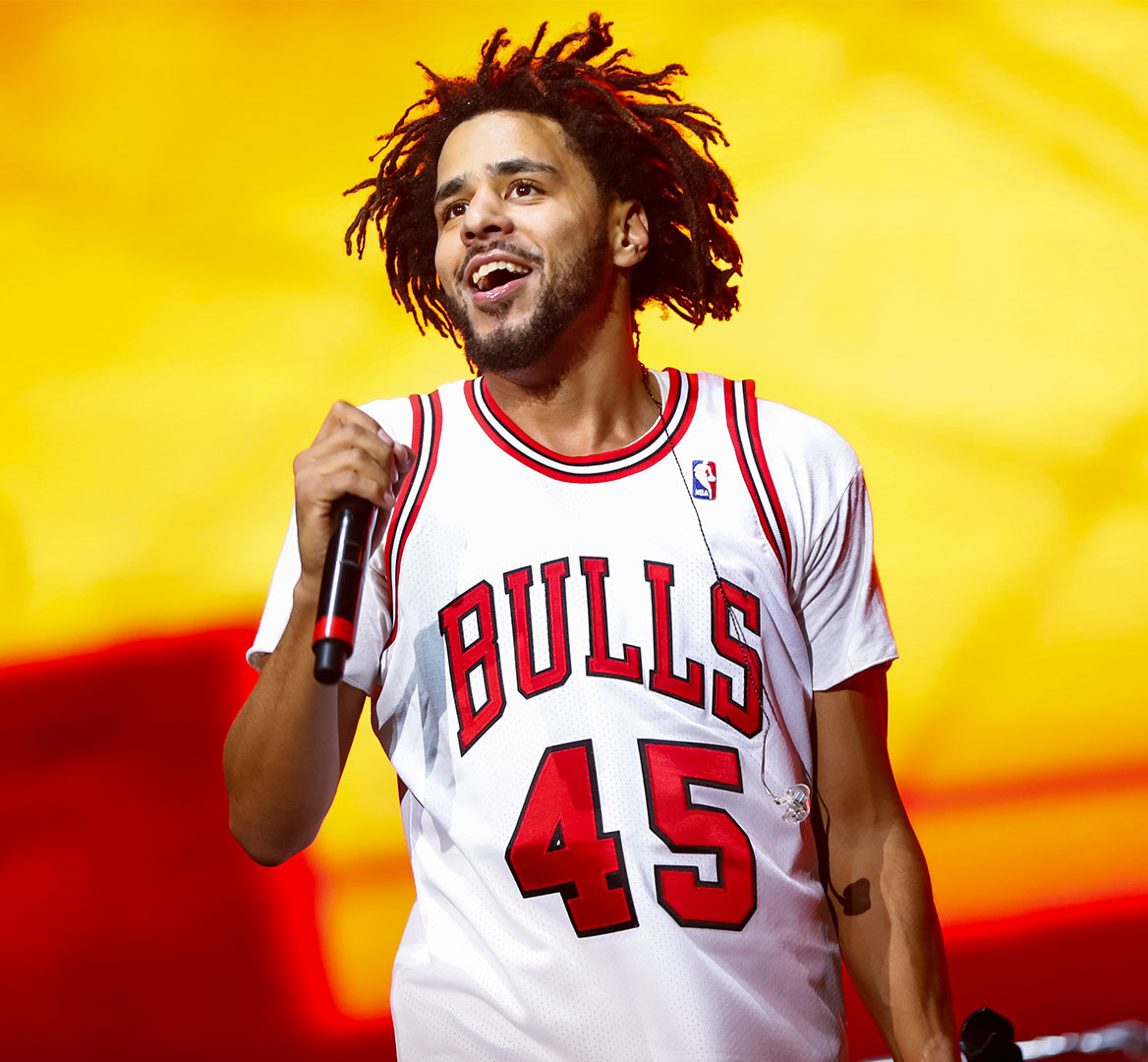 When he was no older than 18 and long before he was ever thought of as one of Hip-Hop’s leading men, J. Cole rapped about his financial aspirations on a song called ‘Million Dollar Dreamz. “I got million-dollar dreams, fiending for a lot of things, type of sh*t n*ggas only see on the screen,” he said, boldly. It’s by no means a unique sentiment expressed by young rappers, but it’s quite the experience to listen back to someone who said it, then did it. He ended the same verse with some self-aware, self-deprecating humor, “I’m tryna stack a million, I’m only a million away”. At the time of writing, it’s been almost a decade since J. Cole had just $1 million to his name.

Just like any musician, touring makes up the bulk of Cole’s net worth. After being the first artist signed to Jay-Z's Roc Nation in February of 2009, Cole made his name on the road, likely earning just a few thousand dollars per show. On the topic of opening for Jay, Cole said at this year’s MLK Now event, “I got paid peanuts”. He could have taken it as an insult, but he acknowledges that he was bringing in no money through ticket sales.

However, after putting out his first album Cole World: The Sideline Story in 2011 and going on his own world tour, his price went all the way up. In 2012 he rapped, “I made it from eight dollars an hour, four hundred a week, to hundred grand a show, that’s four hundred a week”. The Fayetteville rapper was being paid $100k to perform every night and his numbers have only gone up since. On Dreamville’s Revenge Of The Dreamers III, he bragged, “if I’m on a stage, an M is my minimum wage”.

So where did the rest of the money come from? 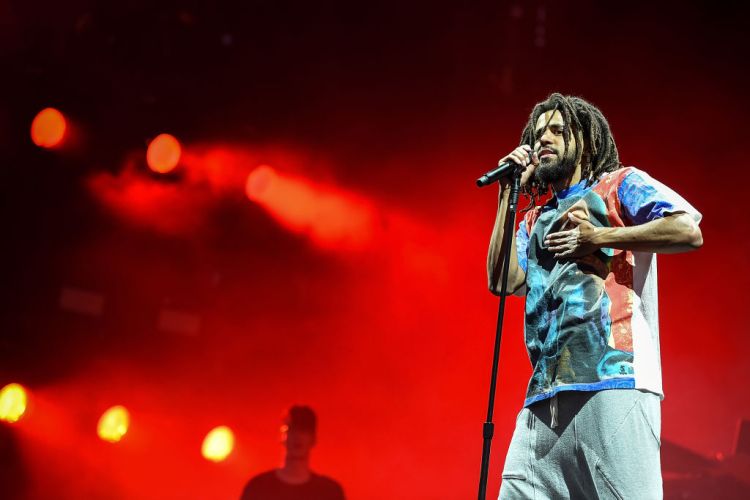 His 2018 album KOD did incredible numbers when it came to streaming; the album broke Apple Music’s streaming record with 64.5 million streams in 24 hours, it broke Spotify’s record for most first-day U.S. album streams with 36.6 million and the title track broke the Apple Music record for biggest opening day with 4.2 million streams.

Unfortunately, in today’s age, this didn’t earn J. Cole as much money as it likely should have in the grand scheme of things, though the numbers are nothing to look down upon. Cole boasts 19,900,339 million monthly listeners on Spotify who pay just $.00437 per stream. So if all of his monthly listeners were to stream just one of his songs once a month, the rapper would gross $86,964.48 monthly. From that, he has to pay his label and collaborators, etc.

Naturally, the rise of streaming has meant that music listeners would rather pay $10 for a month’s worth of access to tens of millions of songs rather than $10 for one album, so pure sales numbers have decreased dramatically. Of J. Cole’s 397k copies of KOD sold first week, 174k copies came from pure sales. At an average rate of $10 per copy, that’s $1.74 million. It’s far from unprofitable, but barely making a scratch on the year’s earnings.

J. Cole also gets paid a vast amount of money for his verses. The rapper went on a legendary feature run in 2018-19 where he did more than a dozen verses for the likes of Rapsody, Moneybagg Yo and more. It’s unlikely that Cole charged his good friend Wale for his ‘My Boy’ beat or verse, or his artists J.I.D. and Ari Lennox for their songs, but for those that Cole did charge, he made roughly $300k per verse. If you let him tell it, “a verse from me is like 11 birds, you did the math, that’s like $2,000 every word” he rapped on Young Thug’s ‘The London’, equating each verse to 11KG of cocaine.

Something that’s important to note is that J. Cole produces the vast majority of his music, making the beats and recording himself. Where your average rapper might spend hundreds of thousands of dollars paying upfront fees to multiple producers and then money on the backend too, the MC from NC avoids this. He’s also produced for the likes of Mac Miller, Kendrick Lamar, Young Thug, Pusha T and more.

Money Outside of Music 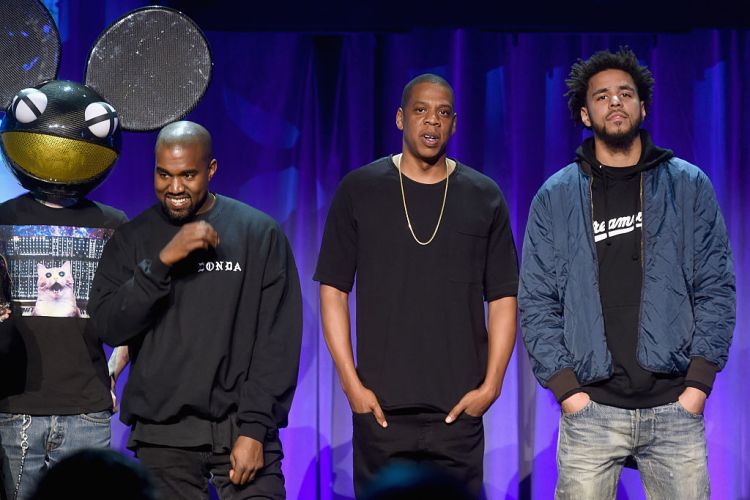 Cole has had some lucrative deals outside of music too, although specific numbers for these are impossible to find online. In the summer of 2015, he teamed up with high fashion brand Bally for a line of exclusive boots and backpacks. Most recently, this past February the rapper’s multiyear deal with PUMA was formally announced, though he had been seen wearing PUMA sneakers exclusively for months beforehand. Details of the deal haven’t been made public, but in 2012 Meek Mill was offered $1 million for his deal, so it’s very safe to assume that Cole was offered a deal worth close to that one tenfold. Brands are fully aware that J. Cole’s image is one of good faith and that aligning with him is seen by many as being trustworthy.

Speaking of fashion, J. Cole’s Dreamville brand that he has been representing since 2007 has a line of merchandise that his fans support to a great extent, especially considering his touring presence worldwide. Before shirts were made available, fans were begging for them. Anytime the rapper updates the Dreamville store, his clothing sells out and people who make fake t-shirts have found selling the merch to be extremely profitable.

All in all, Cole’s fortune has benefitted most greatly from his touring and endorsements, with album sales, streaming numbers and other ventures contributing along the way. Don’t let his “f*ck money, spread love” stance fool you: all of these things combined make him one of the richest musicians in the world.