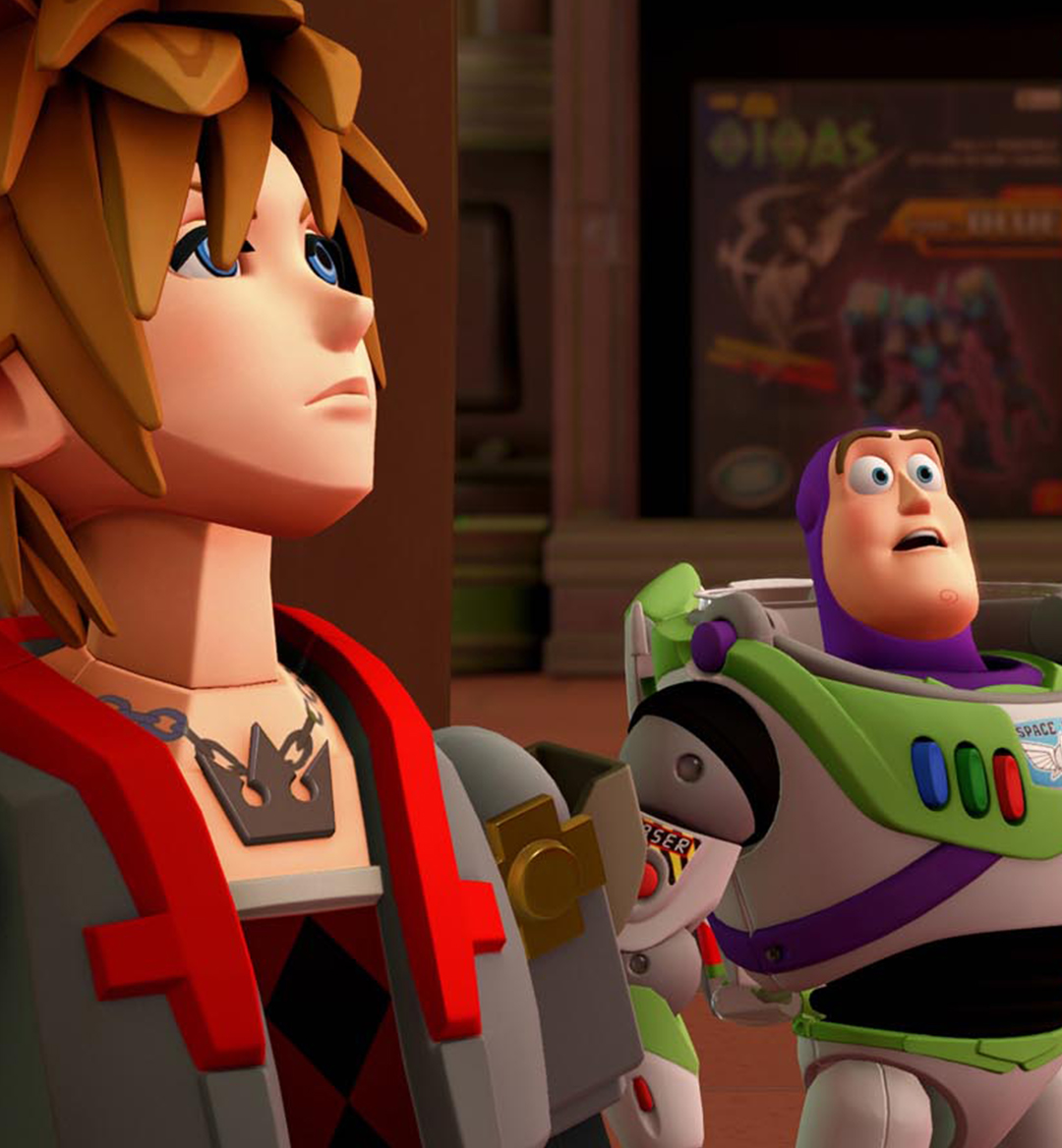 When the last numbered Kingdom Hearts game came out in December 2005, Apple had just launched an iPod with a color screen and The Office was in its second season. Hungry fans waited for 13 years for Kingdom Hearts 3, the official sequel in the crossover series featuring Disney, Pixar and Final Fantasy characters, among other familiar faces.

Over the years, while developer Square Enix pushed out multiple filler games that never seemed to cure what ailed the fandom, lovers of the franchise have used Kingdom Hearts as a touchstone for their collective appreciation of all things video games. In turn, a vibrant and rich fan base has been built up.

Thirteen years is a long time. For a franchise, it might mean the loss of its relevance. It might help create a dedicated, loving fan base driven by anticipation. It might spawn a frenzied, overly passionate mob whose expectations for another canonical entry are impossible to meet. In its 17 years of existence, the Kingdom Hearts series has done all three. And in the process, it has shown the advantages, and some of the dangers, of leaving fans hanging for so very long.

The effects of prolonging anticipation

The series has a huge, wild fandom. There are multiple and massive fan communities, wikis and Tumblr blogs. It inspires enough cosplay for whole clothing lines to be made around it.

Most Kingdom Hearts fans will probably have a great time with the game. It only takes the briefest of glances at social media to see the sheer joy that it has brought to so many. Fans are primed, hyped and ready to accept it.

AFTER 13 LONG YEARS THE TIME HAS COME!!!! #KINGDOMHEARTS3 YALL DONT UNDERSTAND HOW HYPE I AM RIGHT NOW!!!! pic.twitter.com/WWAKfjfFOF

And the critical consensus seems to be behind them. On launch day, Kingdom Hearts III had a Metacritic score of 88/100. The majority of reviews released on major sites celebrate the game as yet another solid entry for the series.

However, the critical acclaim, the salivating fandom and the high review scores are overshadowed by the years hanging over the game’s release. Something we’ve seen many times in the age of internet fandom is that, after such a long gap in between sequels, quality can be exceptionally hard to judge. Fans want the game to be good, so many of them simply will it to be so. Many reviewers, who are no doubt trying their best to be impartial, fill their copy with phrases like “Disney charms make it worth the long wait” and “all those emotional payoffs that have been building for 17 years await” and “this is a Kingdom Hearts game worth waiting for.”

These are loaded statements, and you can’t really fault the writers. They are weighed down by the 13 years, which have created higher expectations for the game. Reviews like this are, and should be, written by fans, so they can speak to other fans about what to expect. But what if the years have raised the stakes too high? Or made every fan too close to tell what is good? Or raised the anticipation to a level where critical appraisal is impossible? What if it’s too difficult to tell if any or all of these things are happening?

In the week before the game’s release, Kotaku’s Tim Rogers laid out that Kingdom Hearts III is basically unreviewable, given the heavy baggage that comes with it. To the fandom, he says," it's more than just a product, it's a work of meaningful significance.”

One of the biggest problems of taking so long with a sequel, from a critical standpoint, is how connected nostalgia can join with an experience. I was a young adult when Star Wars: Episode I was released and I loved it. All of my friends loved it too. We had grown up on the original Star Wars trilogy and waited so long for a new chapter in the story that basically anything they could have put in front of my face that had an opening text crawl would have left me applauding.

Time is cruel. That movie turned out to be not great. But hype had blocked out everything except for blind faith that whatever had Star Wars in the title would be amazing. The same thing might not happen to Kingdom Hearts III, but prolonging anticipation for a franchise can have very real effects on hungry devotees.

The damage development lag can do

Another inherent issue with a sequel taking too long is especially present in the video-game medium. Sony announced Kingdom Hearts 3 six years ago at E3 2013 and reports show that director Tetsuya Nomura was working on the game since 2010 at the earliest. This drawn-out development process would spell bad news for any television show or film. But it looks especially bad in video games, where a dozen years or so is something of an eternity in terms of hardware capabilities and development practices. Kingdom Hearts II came out on the PlayStation 2, and most people assume we’re at the tail end of the second console generation to come after the game.

That delay in development can have an enormous impact on game play, mechanics, game design and many other factors that evolve over time. Best practices change, player habits adapt and new game development standards become expected.

Take The Last Guardian. Created by Fumito Ueda, the creative force behind Shadow of the Colossus and Ico, The Last Guardian began its development sometime in the late PlayStation 2/early PlayStation 3 era. While it's not a sequel, Ueda’s previous games had created a spirited fan base around whatever the studio was working on. And when it was finally released for the PlayStation 4 in 2016, seven years after Sony had announced it, many reviewers were struck by how dated it felt. Game play, technical performance and other aspects were called out for seeming unchanged from the previous generations. “The Last Guardian has been in the works in some form or another for nearly a decade, and the wear of that age shows,” proclaimed Polygon senior editor Philip Kollar. 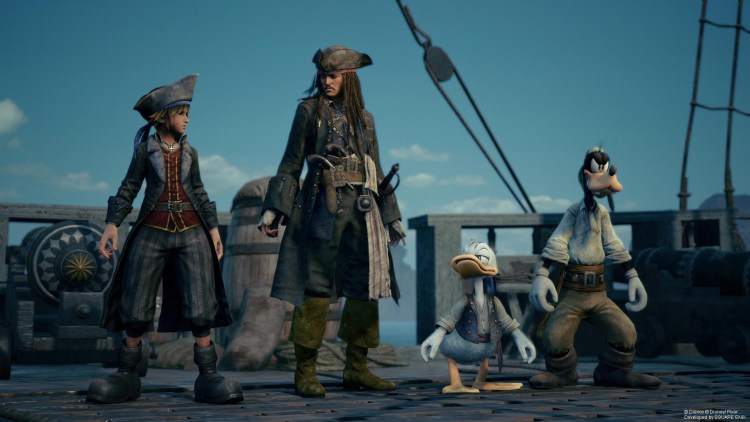 Development lag can also be especially damaging to a game’s tone.

Duke Nukem Forever, which couldn’t be further from Kingdom Hearts III, was another game stuck in development hell. For 15 years, various studios worked on the action game about a brash, blond, sunglasses-sporting protagonist before its eventual release in 2011. Reviews were mixed at best, with many calling out the extremely dated bathroom humor and misogyny that seemed to come from a completely different culture. That’s because it did. Between 1997 and 2011, the culture shifted and the one that greeted Duke Nukem Forever probably would have preferred to keep that door closed.

Surely, this does not seem to be the case at all with Kingdom Hearts III, which knows its tone as well as its audience. In fact, judging by the first round of reviews, it seems to escape most trappings of a game long in development. Still, years weigh heavily on any story that takes its sweet time to tell itself.

Kingdom Hearts is really something of an anomaly, even in the wildly unpredictable landscape of video-game development. If a series can’t get off the ground, it’s usually shelved or put on ice for future reboots and remakes.

However, plenty of other examples of long-delayed sequels showing up in other art forms. It took J.R.R. Tolkien 17 years to write The Lord of the Rings after the success of The Hobbit. It took 15 years for Guns N’ Roses to release Chinese Democracy. It took 45 years for Return to Oz.

At times like these, it’s worth remembering that video games as a medium are still extremely young. Kingdom Hearts III’s gap of 13 years is roughly a third of the total time we’ve had video games at all (counting Pong as the first).

As games continue to grow up and cement a concrete history with generations of players, it will be fascinating to see how various series keep their fans engaged. The medium still has so much to figure out about what it can mean to its fans, how that fandom evolves over time and how to deliver on a promise that it has shaped with longevity.

While taking a long time on a sequel definitely has risks, a lot can be said for enjoying something for something’s sake. If Kingdom Hearts gives you joy, then revel in another one. Live your life. As long as the game doesn’t stray too far from its roots and gives people an experience they are somewhat expecting, then a great number of fans will enthusiastically enjoy it. And why shouldn’t they?

It was a genius move for Square Enix to partner with Disney and bring that extremely potent bit of magic together in the first place. Though long-developed sequels can carry many pitfalls, it’s almost a miracle if a series can still give fans that same excitement after 13 long years.