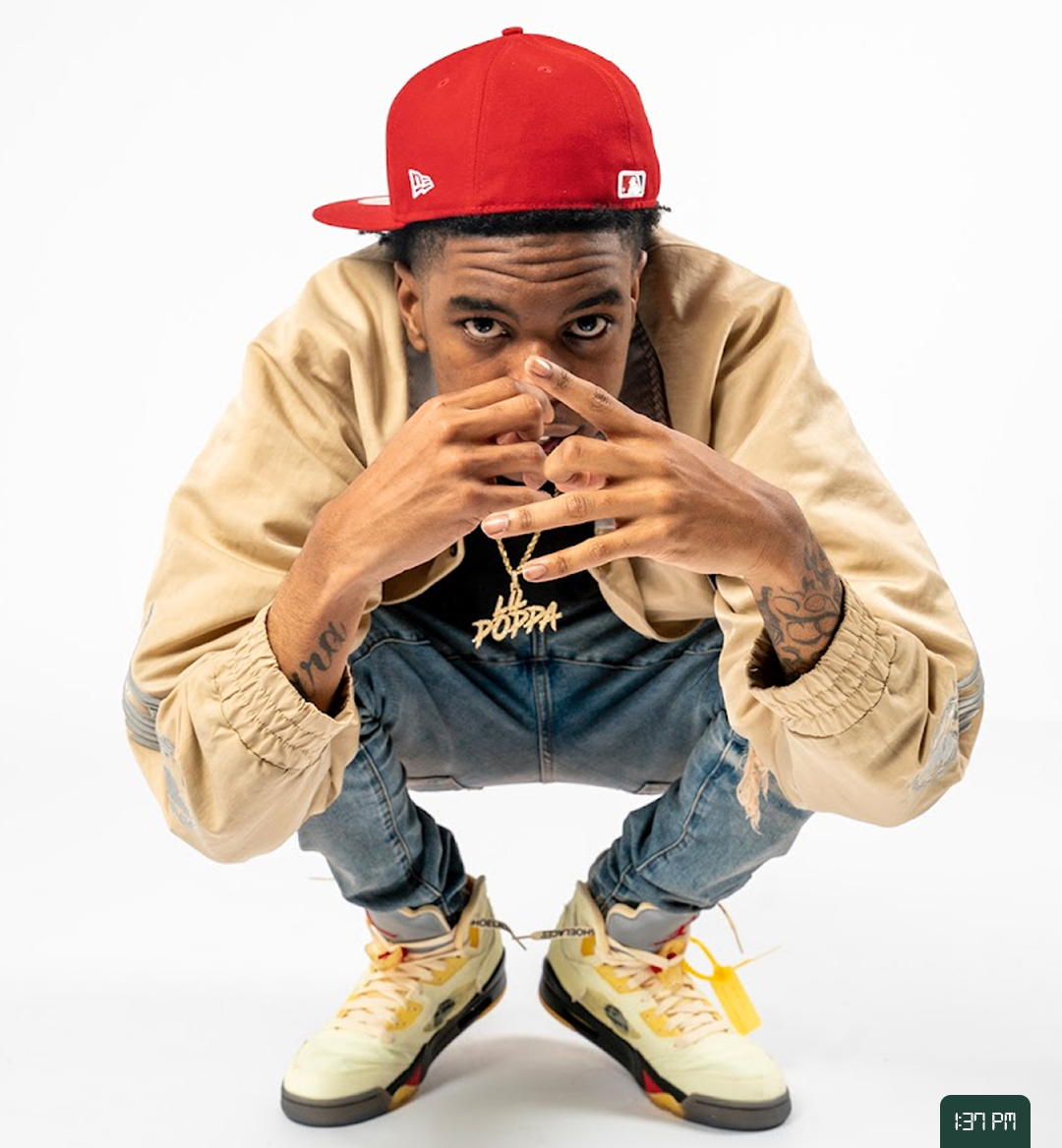 While Southern Florida is a breeding ground for the hottest emerging artists, Lil Poppa breaks that barrier coming from upstate. Hailing from Jacksonville, Florida, he is a versatile artist who brings you into his life's graphic yet alluring details. If you're not tapped into the Florida music scene, then he may be a new addition to your playlists when getting a first listen.

There is not much known about Poppa's personal life. There is even debate of his actual age across multiple websites, with some quoting him as twenty-seven years old and others saying twenty-one. Nonetheless, Poppa got his start in music at a relatively young age. He would begin rapping with his big brother at church at just six years old. He would continue to hone in on his craft throughout the years, even building a makeshift studio in his room to record music.

It wasn't until 2018 that he began to see signs of stardom. In May 2018, Poppa released "Nightmare On Elm St." Since the song's release, it has received hundreds of thousands of streams and nearly one million views on its official music video. He continued to build off the momentum in September 2018 with his release "Purple Hearts." The song is about his horrifying story of a shooting, where he got shot eight times and lost the life of a friend. Tune in below.

While the gravity of this event is unfortunate, to say the least, Poppa's ability to use his life stories and experiences in a new manner set him apart from the rest. In addition, his raw demeanor and grit help his stories come to life through music. Since 2018, and before then, listeners have been mesmerized by these attributes, which are now helping lead him into stardom.

In 2019, he released his album Under Investigation 2 under Rule #1/Interscope Records. The eleven-song project has features from Polo G, Mozzy, and NoCap. In "Eternal Living" with Polo G, he saw tremendous growth for their complimenting flows over a hypnotizing beat. This song, to date, is his most popular, with over fourteen million streams on Spotify and over thirty-two million views on the music video.

Following the project's release, he took complete control of his career and began using the buzz and credibility he built up for future releases. He would continue to collaborate with big names in the hip-hop scene, such as Stunna 4 Vegas, Quando Rondo, Lil Durk, and Toosii. All of these collaborations, singles, and projects that would drop would feel as if there is no stopping him from the listener's perspective.

In May 2021, he released his album Blessed, I Guess. The fifteen-song album feels like a "coming of age" type of project, with his recognition of his work ethic and success thus far while still begging whether he has done enough yet. This album explores the trials and tribulations of his life, losing loved ones, and coming to terms with his fame. The album's runtime is roughly forty-one minutes, making this an equable project for new listeners.

Less than two weeks ago, he continued his remarkable run in 2021 with the release of his single "Feenin'." Produced by PlutoBrazy, this song's rich percussion and uplifting melody match with Poppa's authentic and catchy bars. The song has already reached one hundred thousand streams on Spotify and over seven hundred thousand plays on the music video. Tune in below.

In conclusion, the Jacksonville native's ability to give the listener insight into his world makes him a buzzing artist poised for a big 2022. In addition, his natural and one-of-a-kind storytelling methods make him a unique artist who brings a new type of grit to hip-hop. If you haven't listened to any of his music yet, we highly recommend checking out his single "Feenin'," mentioned above.