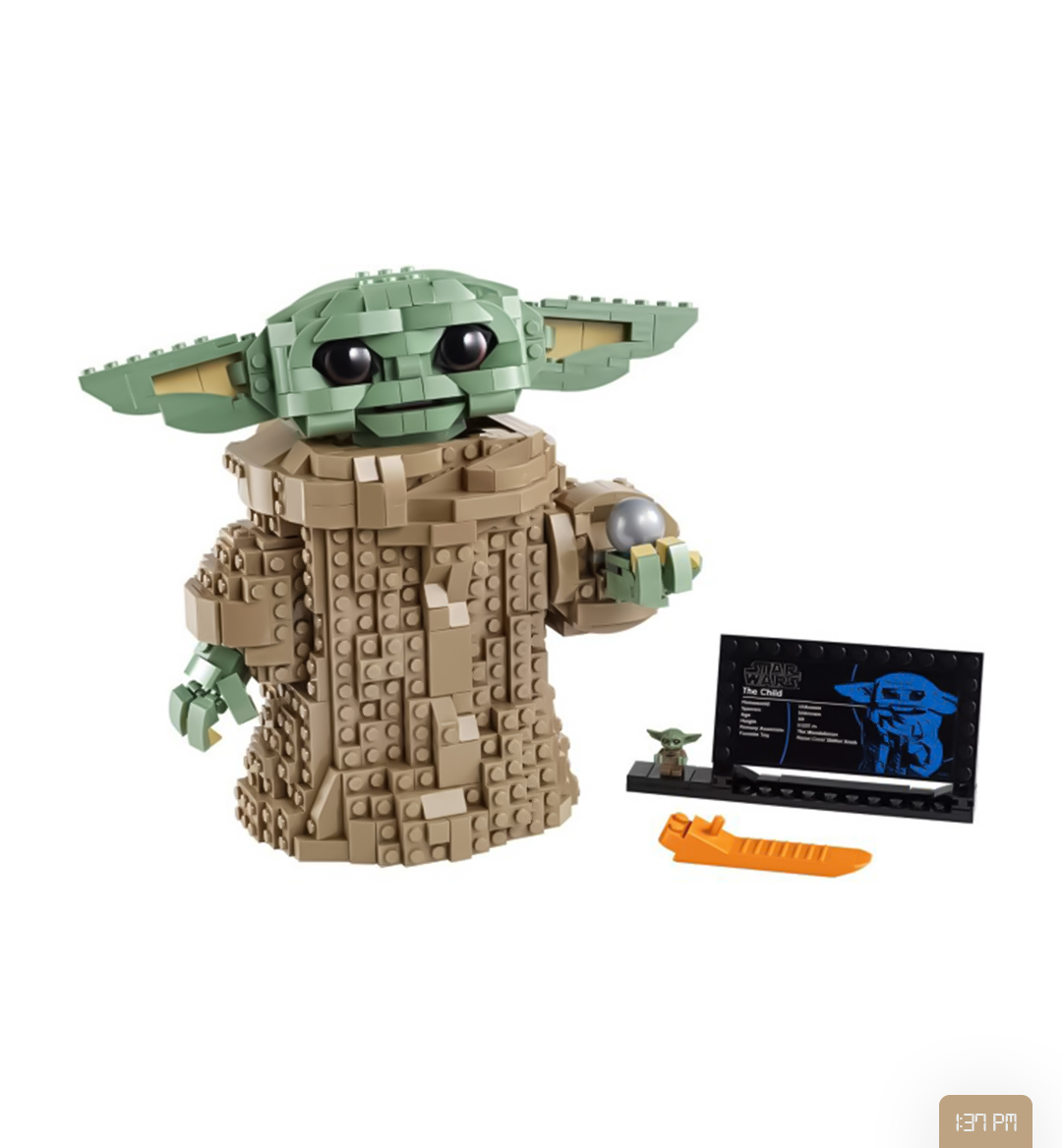 The Mandalorian was a breath of fresh air in the Star Wars fandom, and with it came an onslaught of incredible LEGO sets. From small army builder sets to large ships and statues, there’s not a corner of the LEGO market that hasn’t been dominated by the hit Disney + show.

Today, I’ll be ranking every LEGO Mandalorian set released as of Fall 2021. This list only includes brick-built sets (so no keychains, plushies, etc.) and only sets that are truly based off of The Mandalorian series, meaning a set like Bo-Katan’s Mandalorian Starfighter is not eligible.

11.) The Mandalorian and the Child: BrickHeadz 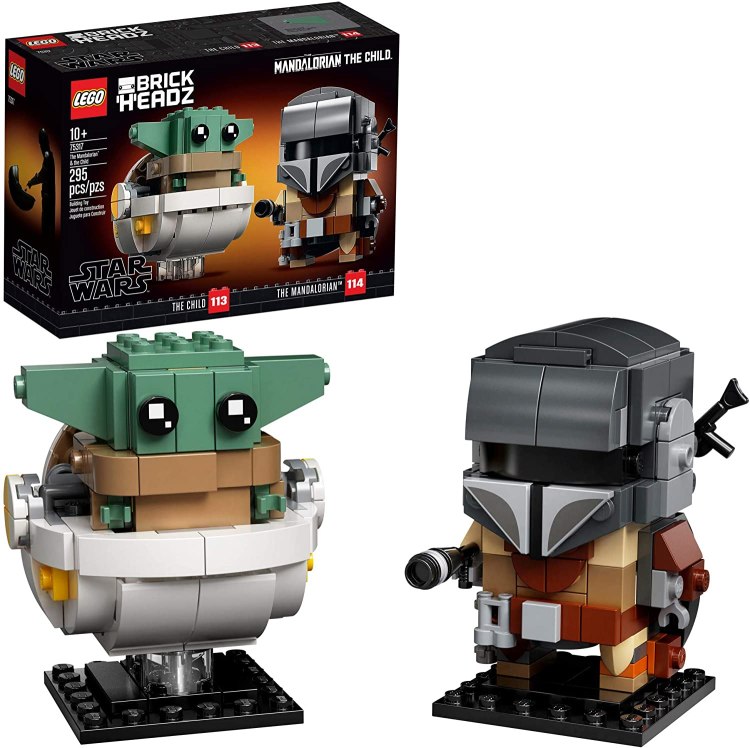 This set is from the LEGO subtheme BrickHeadz, which seems to be LEGO’s attempt to cash in on the Funko Pop demographic with stylized figures with cartoonishly large heads. These display well, but after they’re built, there’s not much to do with them. If you’re a builder with limited space and a preference for displaying instead of playing, this is a great set for you!

This set calls back to the first episode of The Mandalorian Season 2, where Din Djarin and Grogu track down the owner of Boba Fett’s armor, Cobb Vanth. Unfortunately, this set focuses on the Mandlalorian’s skirmish with the Sand People and not Cobb Vanth, leaving this set with not much exclusivity packed into it. Still, LEGO fans will remember this set as the first one to include the Mandalorian’s now-iconic Beskar armor, so it will always retain a level of nostalgic value. 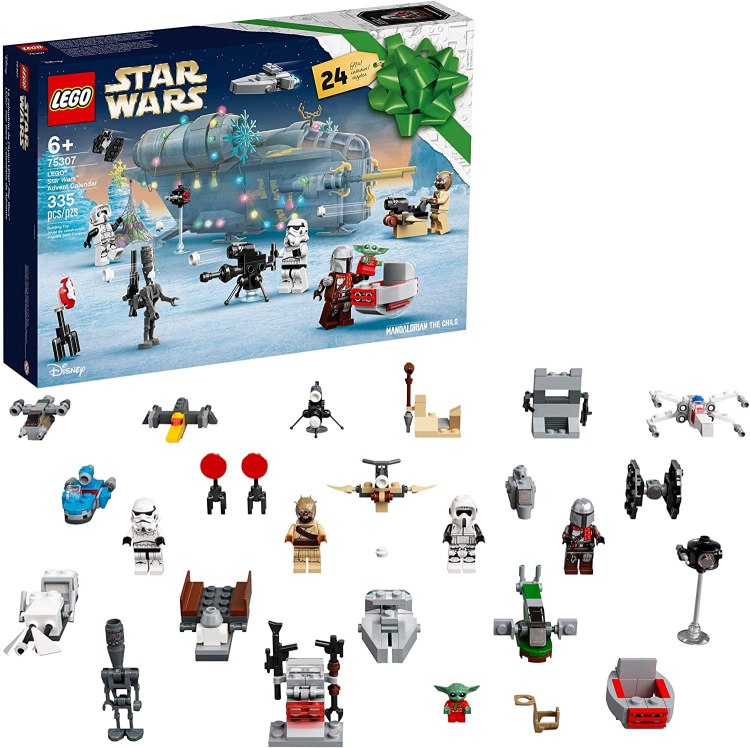 LEGO and Star Wars have partnered to create advent calendars every year since 2011, so this year’s calendar marks the 10th anniversary of the series. Though LEGO didn’t point that out, it’s subtly honored this year with our first-ever “focused” advent calendar. Most times, the LEGO advent calendars will draw from a wide range of source material as opposed to one movie or show (see Harry Potter, Marvel, etc. for examples). 2021 gave us a LEGO Star Wars Advent calendar completely devoted to The Mandalorian, which offers a nice way for collectors to get some exclusive figures and add some weaponry, scenery, and small vehicles to their Mando collections. 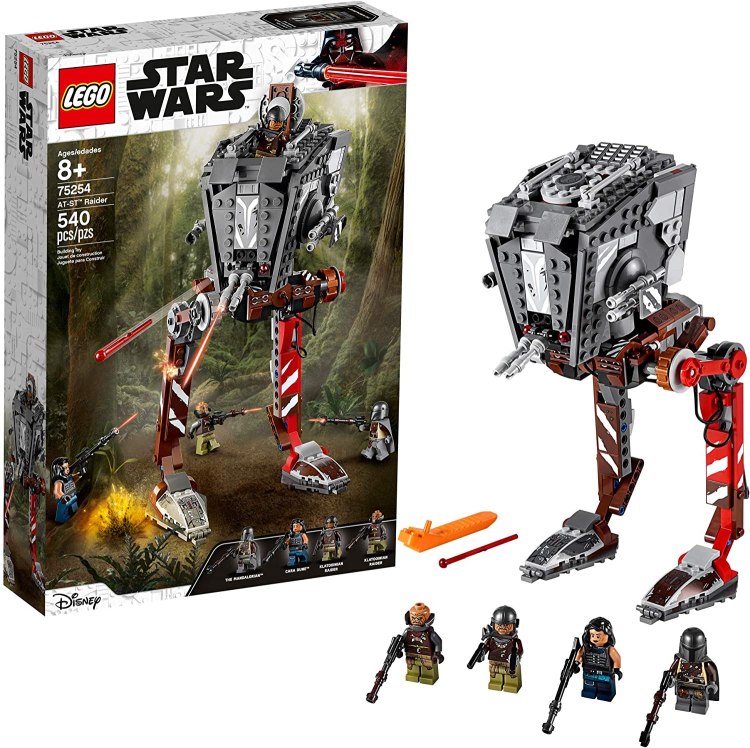 This was the first true Mandalorian LEGO set, and included the first-ever minifigure of our helmeted hero. It came out before the series premiered, therefore nobody knew what it would be referencing in the series until the episode came out. Still, LEGO fans tend to love AT-STs, and this set was no exception. This is a very strong LEGO Star Wars set, but as time has gone by, it’s been unseated by better sets from the theme. 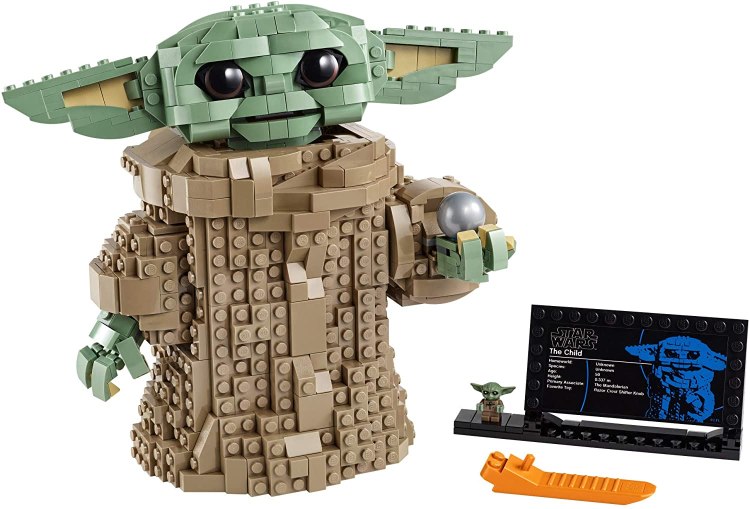 The LEGO Star Wars “Statue” sets have been popular with adult builders and kids alike. It offers a great way to get a quality set without worry of how/where you’ll display it. Case in point: The Child statue was a great way for fans to get a near-lifesized Grogu while experiencing the fun of building a large LEGO set.

Everyone loves army builder sets, which of course refers to any set jam packed with soldiers, troopers, or other figures that would help fill the ranks of your LEGO minifigure armies. This set, based off of The Mandalorian season 2, is one of the few Mandalorian sets to NOT include the titular character. Still, it offers a solid build, two exclusive minifigures, and a memorable vehicle from the series. What’s not to love?

I suspect that readers may view the placement of this set on the list as controversial, but allow me to explain… bigger does not always mean better! Coming in at $159.99, this is the most expensive Mandalorian set to date, not to mention, one of the most expensive minifigure scale LEGO Star Wars sets of 2021. The set includes several repeat characters like The Mandalorian, Cara Dune, and Grogu, and also comes with new minifigures like Moff Gideon, a Dark Trooper, and Fennec Shand.

A big appeal of this set is its size (which is AWESOME!) and its minifigures, which I suspect won’t be exclusive for long. Rumor has it that we’re getting a Dark Trooper battle pack in 2022, and Fennec Shand will most definitely be included in a Book of Boba Fett LEGO set someday given her co-star status on the upcoming show. With that in mind, that means that nearly every minifigure in this set would be a repeated figure, which drives down the “wow” factor of the set. It’s still an awesome set (and one I highly recommend) but do be aware that it may not retain its gigantic supremacy in the long run.

LEGO Star Wars battle packs are sets in the $15 range that serve as army builders. Put another way, they’re small, relatively inexpensive sets that include around 4 minifigures of the same ilk, allowing you to bolster your army of Stormtroopers, Clone Troopers, or in the case of this set, Mandalorians. This is a set that I think will always be sought after, given the popularity of mandalorians and the wealth of unique pieces that come on the minifigures in this set. I can’t give investing advice, but I do have a few of these tucked away in mint condition with plans to retire on them someday. 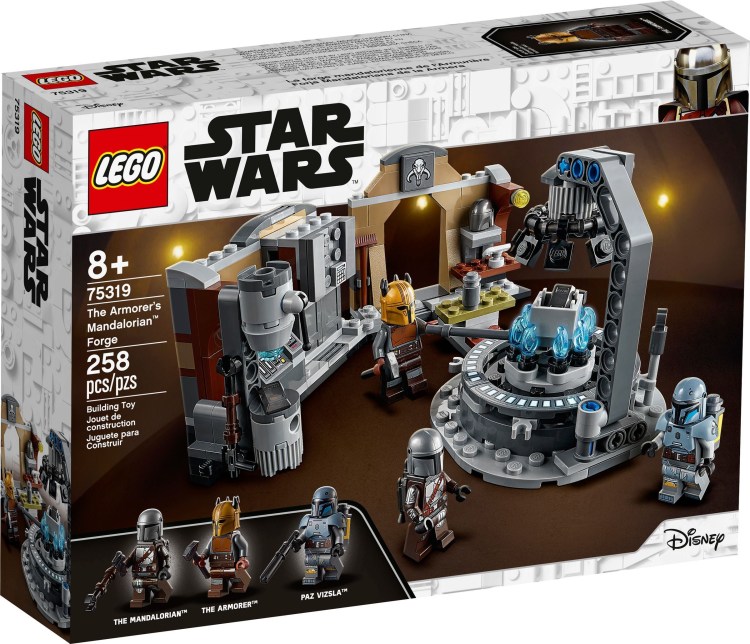 Three great minifigures, two of which are exclusive, and a plethora of cool pieces and unique architecture packed into a $30 set. Does that sound like a good time or what?

This set caused controversy as soon as it was revealed due to it being the first Star Wars product with the rebranded name of Boba Fett’s iconic ship, the Slave 1. An entire article could be written on that debacle, but the set itself has a lot of merit and offers some great play features at a somewhat reasonable price. Not counting the Slave 1 that came in the UCS Betrayal at Cloud City set, this is the smallest minifigure scale Slave 1 in recent memory. It continues the trend that started earlier this year from LEGO, where they’re offering smaller versions of iconic Star Wars ships at a somewhat cheaper price. Personally, I hope this trend dies soon because I love big, detailed builds—even if they cost more. Still, this set looks great, doesn’t take up much shelf space, and who doesn’t love the exclusive Boba Fett that comes with it?

Coming in at the #1 spot is the Mandalorian’s now-disintegrated starship, The Razor Crest. This set displays great, has a very sturdy build, and offers tons of play opportunities from the unique cockpit build to the side panels that open to reveal a detailed interior. This is one of my favorite LEGO Star Wars sets of all time, and with that, it rightfully sits supreme over the rest of the Mandalorian sets released so far.

This list was so fun to put together, but now it’s your turn! Hit me up on IG and let me know what you thought of the list and whether you agree or disagree. The beautiful thing about LEGO and ranked lists is that they’re both meant to be taken apart and rearranged!