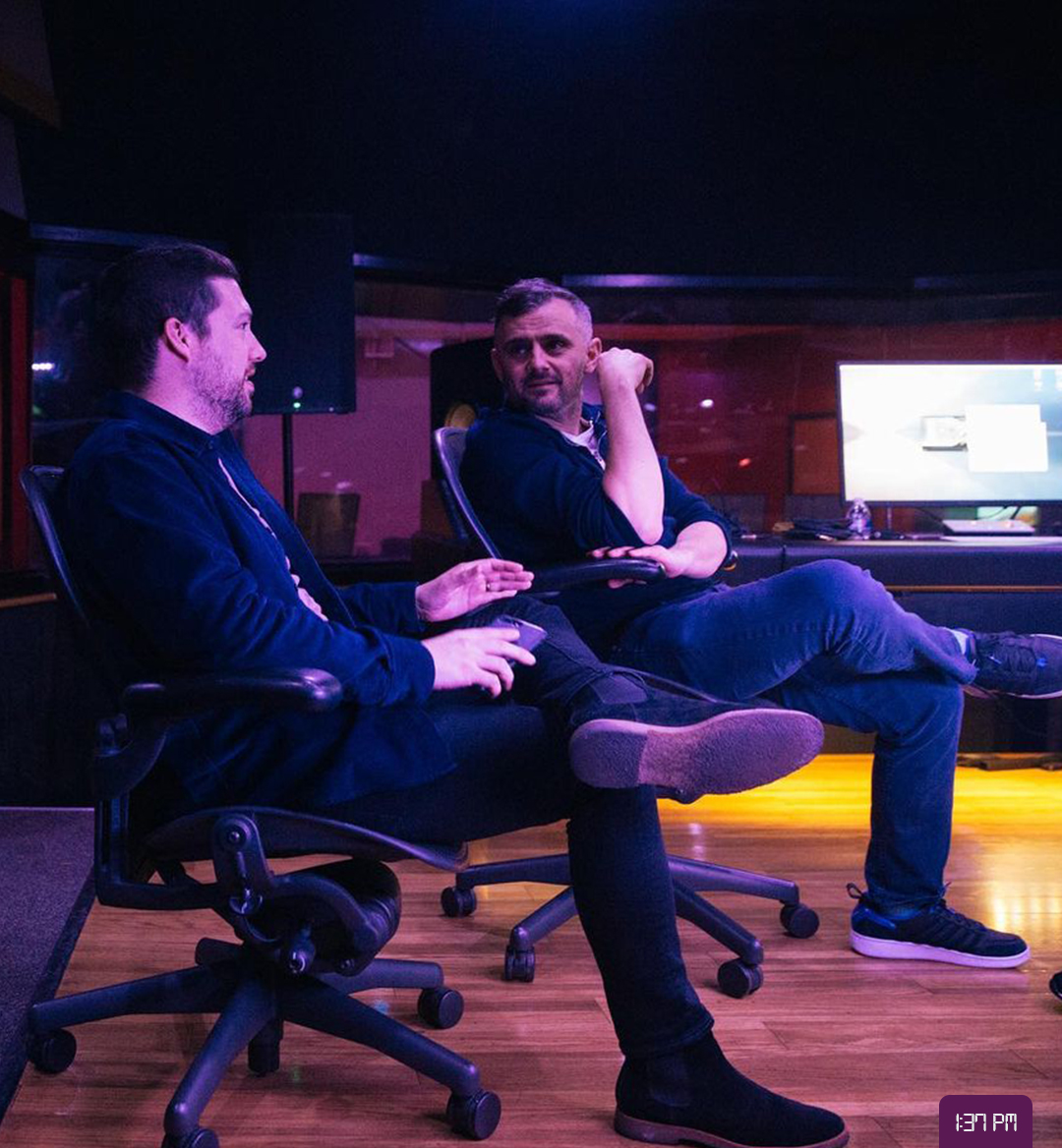 If you're familiar with Gary Vaynerchuk, then you're aware of Mike Boyd Jr, Gary's right-hand man, when it comes to new and emerging artists. On this episode of Monday To Monday, we flip the switch and have Emily Lorimer of ONE37pm interview Boyd to introduce and get you familiar with Boyd. They talk about artists that Boyd and Gary have championed early on, how he got to where he is today, and more! Be sure to tune in below.

Boyd and Emily start things off by explaining what he does besides the podcast. First, Boyd mentions that he handles everything music - setting up meetings with artists, keeping relationships alive, and sending them opportunities. Next, he talks about how TiaCorine used to work at Bojangles, and Mike Boyd connected her with the corporate side of Bojangles to create a song and music video for the brand. Check it out below!

Emily then asks Boyd about what it was like to be a tour manager. Boyd noted that he managed four tours in the United States and one in Europe. Additionally, he manages a producer who works with Freebandz. From there, Emily asks Boyd what would go on during studio sessions. Boyd explains that VaynerMedia would rent out a studio, get food, and record songs with artists. Boyd further explains that the artists love Gary and in turn, Gary would often provide lyric feedback for artists.

Emily was curious about how Boyd landed in the Vayner world and asked how he got the job. Boyd explained that he went to Boston University and met AJ Vaynerchuk his freshman year and they’ve been friends ever since. His senior year, he promoted nightclubs and bars, helped manage a DJ, and was a college representative for both Warner Music Group and Microsoft. He noted that he had an opportunity to go to New York City to get a job with Atlantic Records but ended up texting AJ about getting a picture with Gary for a Twitter profile photo. Earlier in college, Boyd told AJ that Soulja Boy was going to blow up. Years later, he was correct, and when AJ brought it up to Gary, Boyd landed a job when they met for the first time.

Following this, Emily asks how Boyd's job evolved since he was hired in 2009. Boyd mentions that it is a lot easier to put together brand deals these days in 2021. But does share the story of how he connected Jeezy to Avion Tequila, a colossal brand deal months in the making. Boyd even still has the bottle of tequila the night they signed the deal, which is half-drunk from 2013.

Mike Boyd mentions that today, he is working on music-based NFT drops, YouTube commercials, and more in 2021. Emily then asks where Boyd sees the future within the music space within the Vayner world and what he is excited about. Boyd mentions that he is most excited about helping independent artists who are not signed to record labels by growing their exposure and helping them build their resumes. He says that he is assisting Lil Polo Tee because he sees what he is doing and how people react. Boyd noted that Polo showed love recently with Polo posting on social media thanking the ONE37pm and him for playlisting, supporting, and believing in him. He then says that while brands are often taking risks with some emerging artists, Boyd and Gary have a track record of doing this and know what they're doing. In turn, this helps the artists build leverage within their careers.

Boyd notes that he doesn't have anything against record labels. However, artists need to know what they're doing. He states that if you need a team, do the deal, but if you don't, wait for a little to think about it - noting that it is situational.

Emily asks how Boyd discovers talented artists that are going to pop. Boyd says that it is the whole package and it’s not always the best /most talented artists that blow up. He says that musically talented artists typically gain the support of Boyd because he wants to bring talented musicians to the table. He goes on to say that when he first heard Tierra Whack, he said, "Woah." He saw her music videos and saw her vision, believing in her from the start. He began to put her on the playlist every week but knew he had to do more. So, he decided to tell the team to go hard and put over five songs in a row on the playlist. Boyd was confident that she was going to blow up and become a star.

This informative episode goes into the life of Mike Boyd and what he does. During the conversation, we learn about how Mike Boyd came to work with Garyvee, what he does in the VaynerX world, and what he's currently working on today. Boyd even goes into detail about what he looks for in artists that he champions. So be sure to give this a listen to learn about Garyvee's right-hand man when it comes to music!