The 30 Most Expensive LEGO Sets of All Time 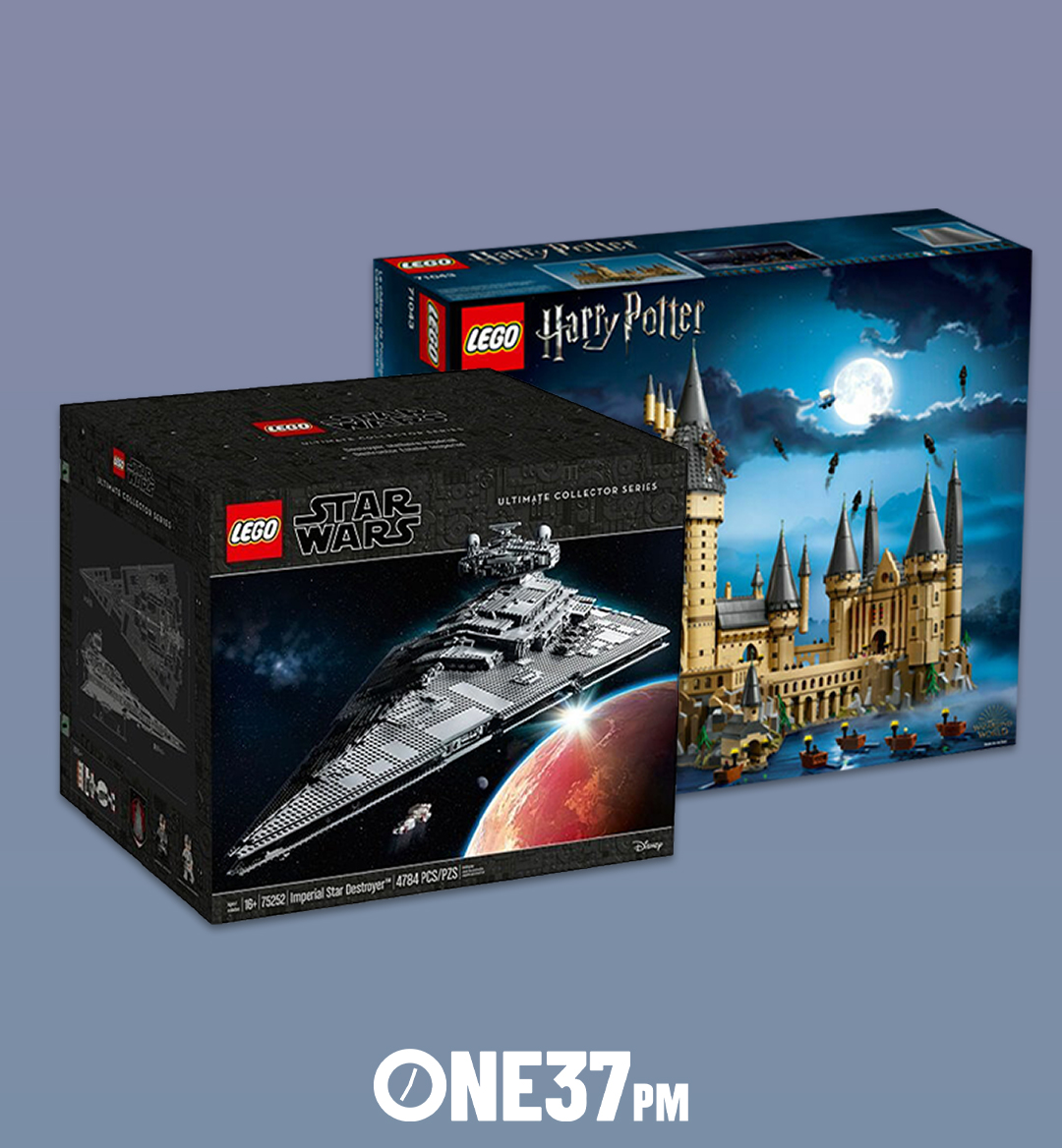 Ask anyone that’s bought a LEGO set in the last five years about the price of LEGO and they’ll likely say the same thing: “LEGO is so expensive!” As hobbies go, collecting LEGO is definitely on the pricey side, but it can also be an incredible investment. In 2019, there were a blitz of articles like this one boasting that investing in LEGO could be more profitable than gold or stocks. While that is up for debate, some LEGO sets’ prices have skyrocketed over the years after their retirement. For those new to the hobby, LEGO sets are generally only available for about two years before they’re retired permanently, meaning that the supply is cut off and more desirable sets typically go up in value.

Today, we’ll be exploring the most expensive LEGO sets of all-time. As a rule, we’ll be comparing sets’ prices at the time of their release. Resale prices would be a whole other article!

Without further ado, the most expensive LEGO sets of all time: 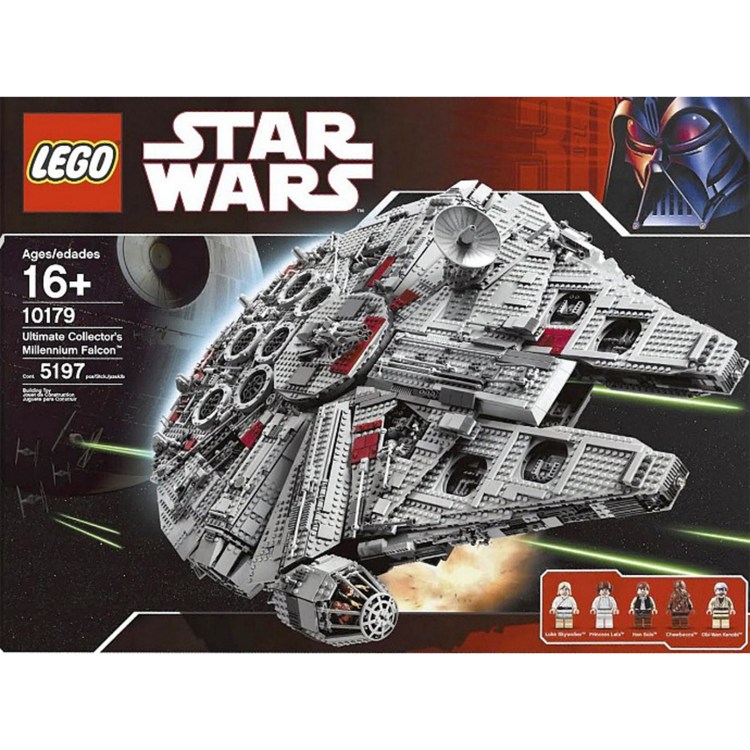 This set was the largest LEGO set of all-time when it released in 2017, but as of this article, it now ranks as 3rd largest. The build is immaculate and filled with intricacy, and despite it no longer being the biggest set, it still remains the most expensive due to that lofty “Star Wars” price tag. The original 2007 version, which was smaller, retailed for $499.99 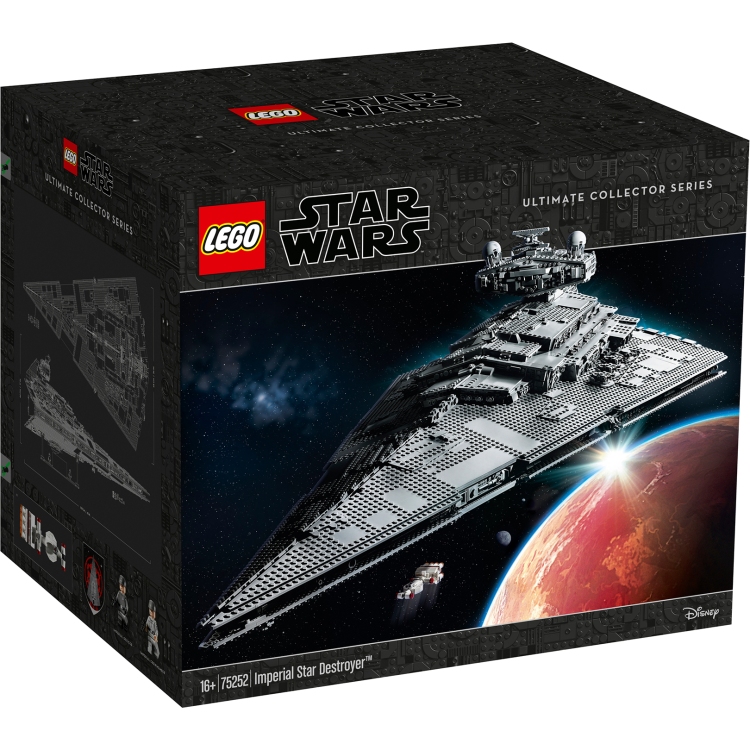 While not the largest in terms of piece count, this is certainly among the largest LEGO sets as far as real estate! You will need a dedicated coffee table (or ROOM!) for this behemoth. 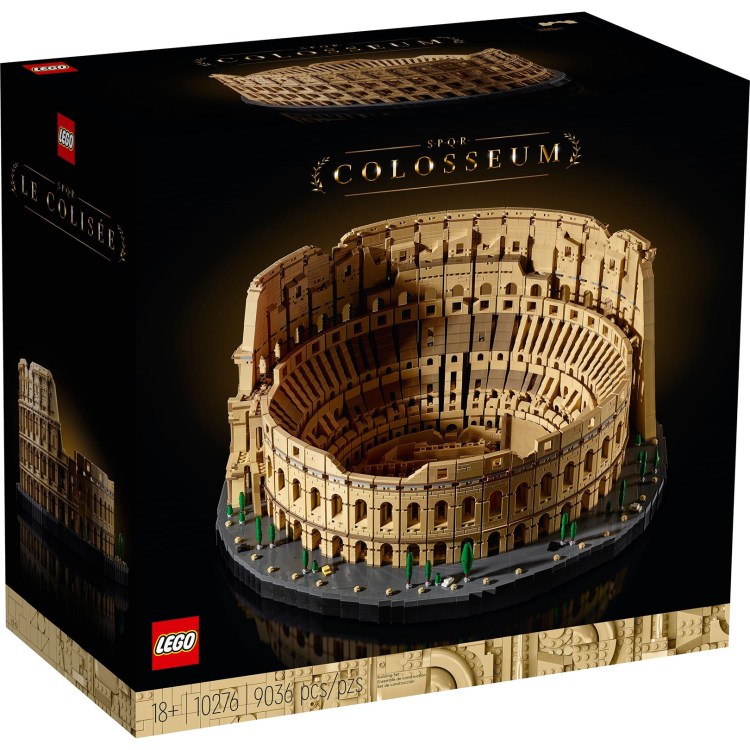 This is the largest LEGO set ever in terms of piece count, with 9036 pieces in total. This historic set debuted in November 2020 and took LEGO fans by surprise with its massive size, clocking in at 10.5 inches tall and 20.5 inches wide. I’ve not built this one myself, but I’ve talked to collectors who have built it and have commented that the monotone color and repetitive nature of the build made it less fun than you might expect, but it stands unparalleled in size and presentation. 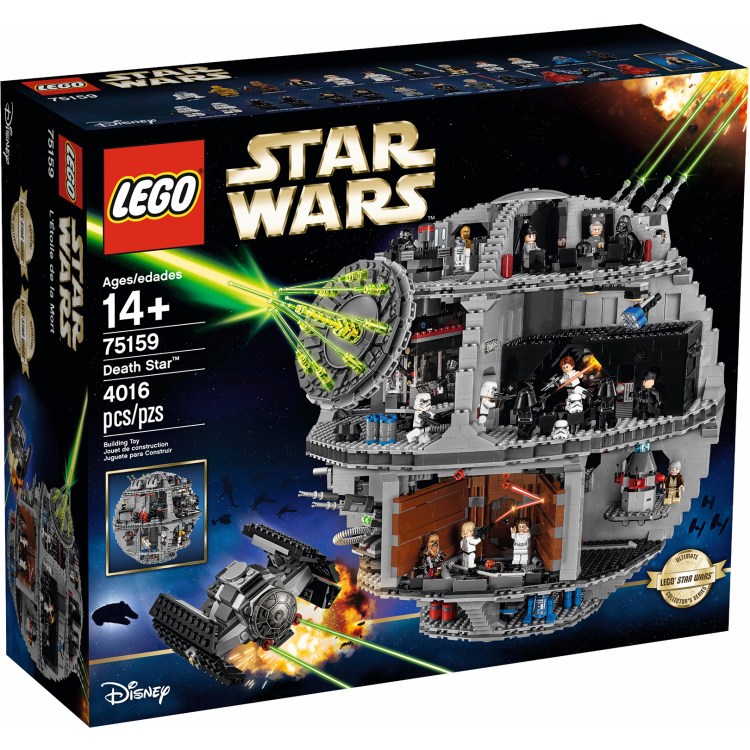 This set was first released in 2007 before being rereleased in 2016 with updated minifigures and some other minor changes to the build. Still, this set is seen as one of the best LEGO Star Wars sets of all-time; from the Emperor’s throne room to the working trash compactor, this behemoth set is just as fun to look at as it is to play with!

While I am not a LEGO Technic fan myself, I can certainly see the appeal in some sets from this line. This set is a conundrum to me, because it looks like it’d be a blast to play with, but the price would mean not a lot of kids would be buying this set (as opposed to the “kids at heart” who can afford to drop $450 on a toy!) 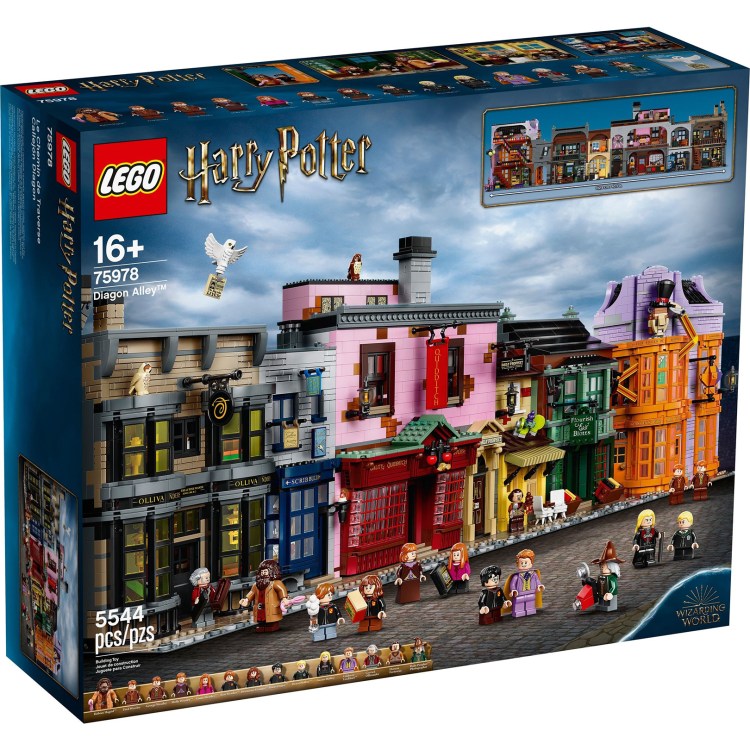 This set caused quite the excitement among LEGO Harry Potter fans when it was revealed, and to this day, it is still revered as one of the best sets from the Harry Potter theme. While this set is still relatively new, I have to imagine it will be worth a fortune years from now after its retirement. 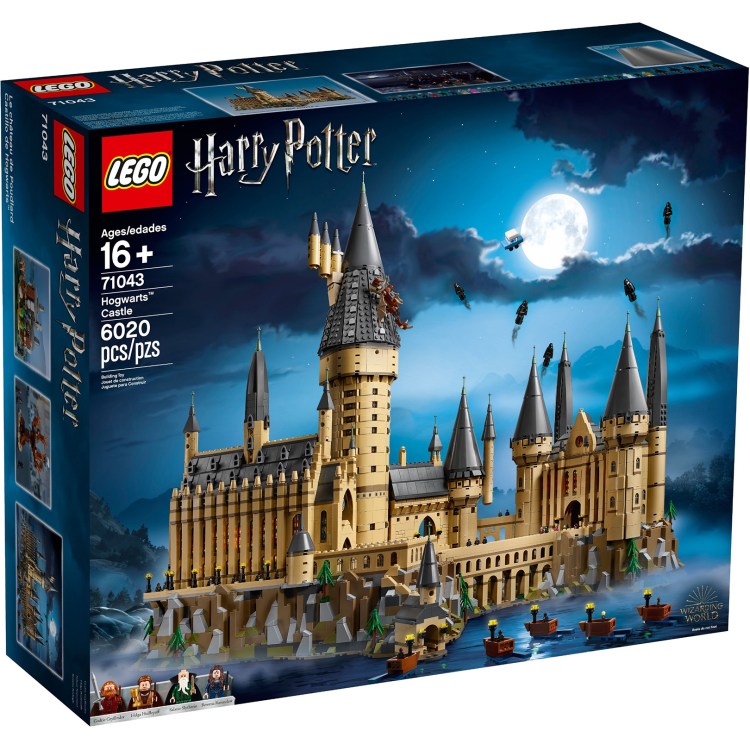 This set is built to “microfig” scale, meaning your LEGO Harry Potter minifigures will not fit in this castle. Regardless, it is absolutely massive and a great bang for your magical buck. 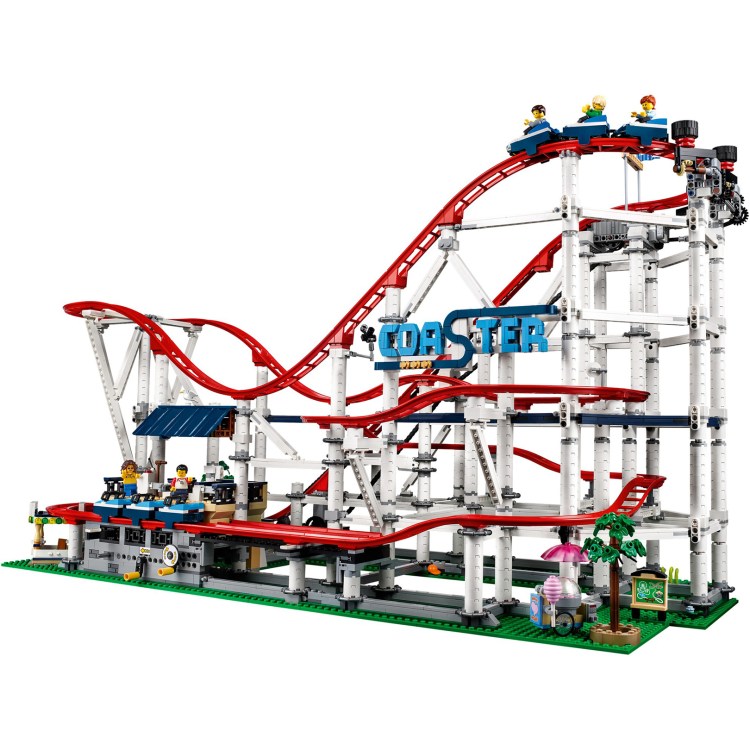 This set is currently sitting in my living room unbuilt, because I haven’t been able to find the space to display it once it’s built. Nevertheless, this set is so much fun and actually WORKS as a functioning roller coaster! You can even buy a motor for it (separate from the set) to make the roller coaster move along automatically instead of using the hand crank that is built into the set as it comes out of the box. 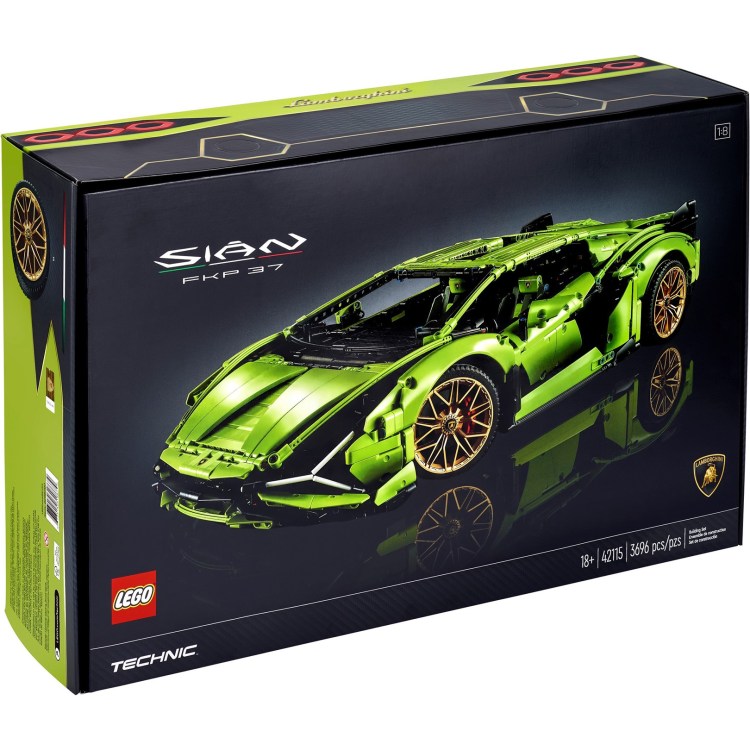 Once again, Technic is not my favorite theme, but it consistently offers great display pieces in the upper tier priced sets. This Lambo is no exception, and having seen it in person, I can attest that this is a stunning model for LEGO fans and car enthusiasts alike.

This is a set that’s been released twice, in two different boxes with some minor changes between them. Still, it is instantly recognizable and a fan favorite among LEGO display enthusiasts. I own this set, but I did not really enjoy the build and feel that it takes up a little too much space for the price/experience of the build. 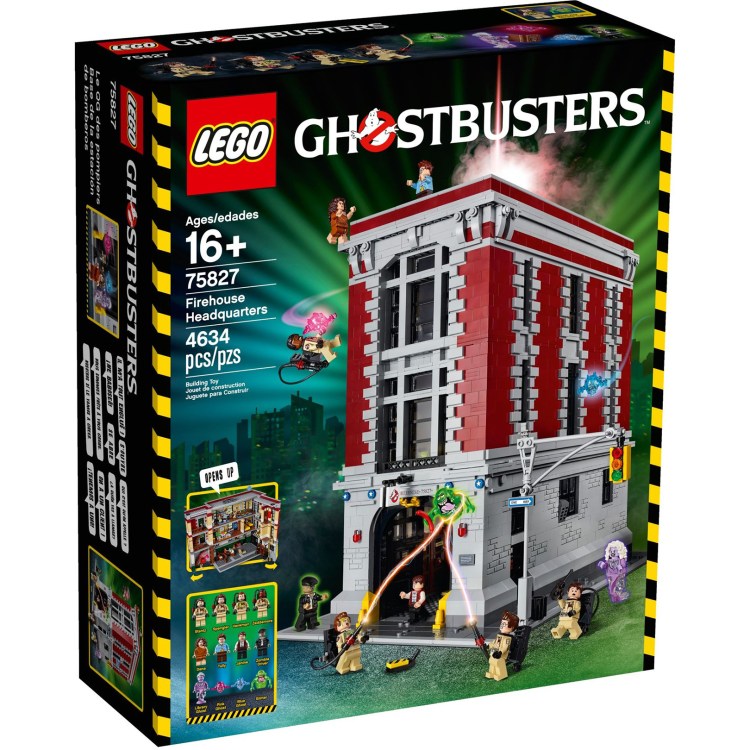 This was my favorite LEGO set of all-time for a little while, and it’s still in my “Top 3.” This set was insanely fun to build, and it always brings a smile to peoples’ faces as they walk into my LEGO room and are greeted by my LEGO city. The sides open up to reveal three floors jam-packed with references to the first two Ghostbusters films.

This set was the largest LEGO Marvel set ever released until 2021 (more on that later!) and depicts the famous Helicarrier first seen in 2012’s “The Avengers” film. This set, like Hogwarts before on this list, is build to “microfig” scale, but stands tall and proud on any LEGO or Marvel fan’s shelf. 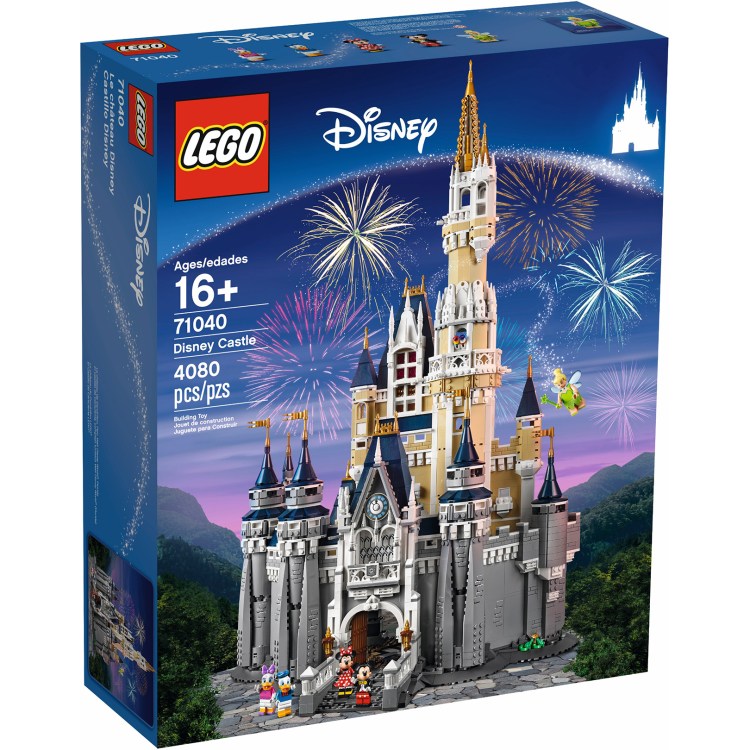 This is among the tallest LEGO sets I own, and it’s one of the few sets that evokes a feeling from me every time I look at it. Modeled after the famous Cinderella’s Castle in Walt Disney World, this set is packed with references to Disney films like Aladdin, Rapunzel, and tons more. It was a blast to build, and even more fun to look at! 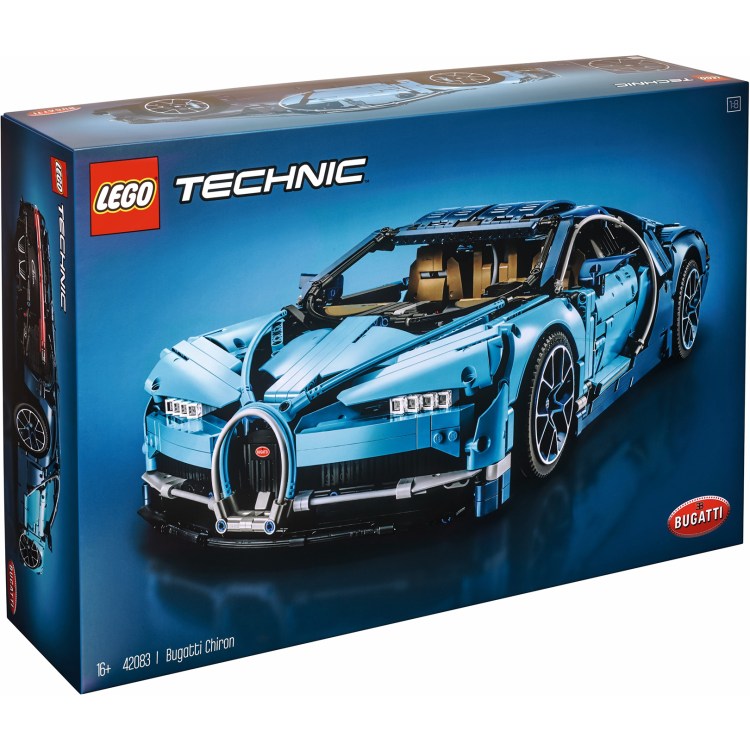 Much like the Lamborghini earlier on this list, this set is a stunning display. The stark blue color grabs your eye immediately, and if you can’t afford the real thing, this is a nice step above the Hot Wheels alternative.

This is my favorite LEGO set of all-time. Depicting the iconic Daily Bugle of Spider-Man fame, this set is filled with Easter eggs to Spider-Man movies, comics, and more from top to bottom. This set was the debut of the LEGO Punisher and Daredevil minifigures, and as a Marvel fan, it is a real dream come true to own this set.

Fun fact: LEGO sent me this set early to review! What an honor! 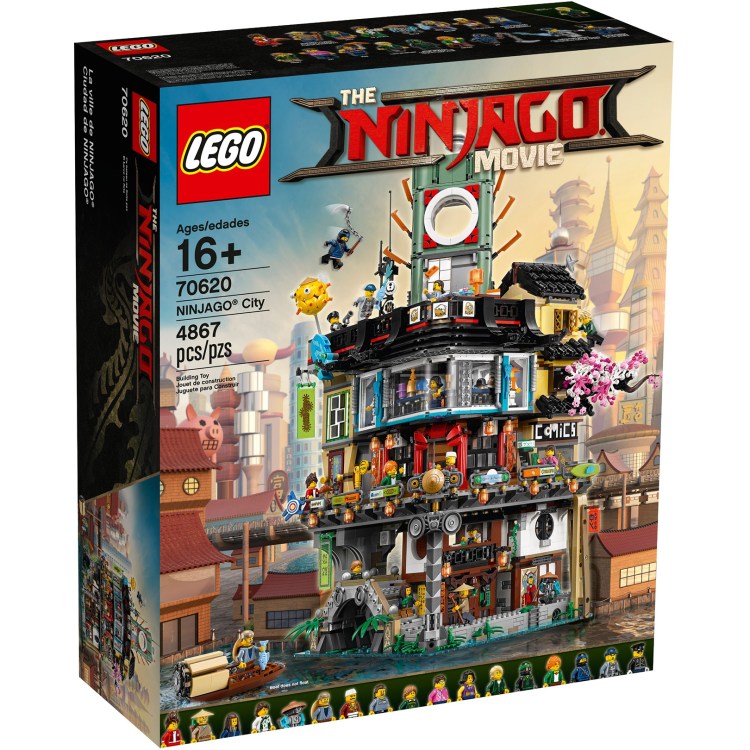 The LEGO Ninjago City sets are truly remarkable. Of all the LEGO sets in existence, these ones feel the most “lived in” to me, and I love everything about these sets. I wish I owned some of them, but until then, I’ll keep dreaming! 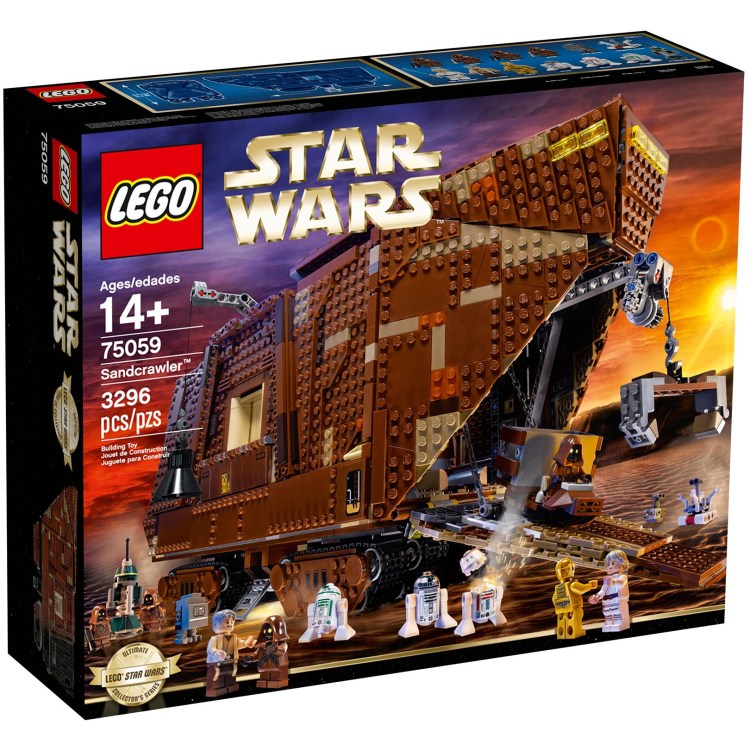 This set is “one that got away” for me. Depicting the iconic scene where Luke Skywalker first meets R2-D2 and C-3PO, this set includes several exclusive droids and Uncle Owen, not to mention the incredible build of the Sandcrawler that brings it all together. 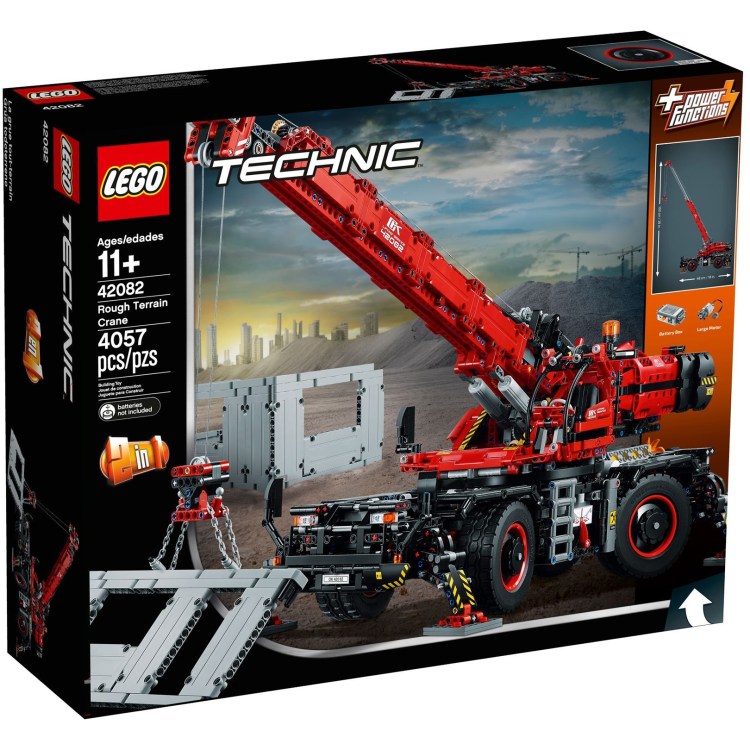 Personally, I don’t get too excited by this set, but I can see the appeal. Coming in at $299.99, I think there are cooler sets to spend your money on, but I do think this offers some really unique play features that would bring a lot of joy to a Technic fan. 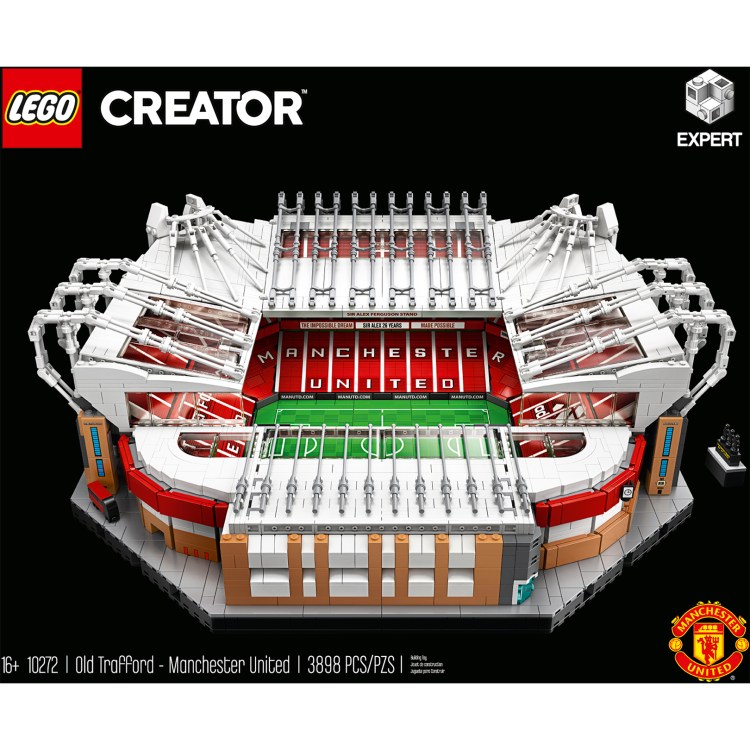 This set shocked me when it was released. I felt like it would be too polarizing, in that anyone who is not a Manchester United fan would immediately be turned off by this set. Regardless, it offers a great visual display and I am sure MU fans love this one! 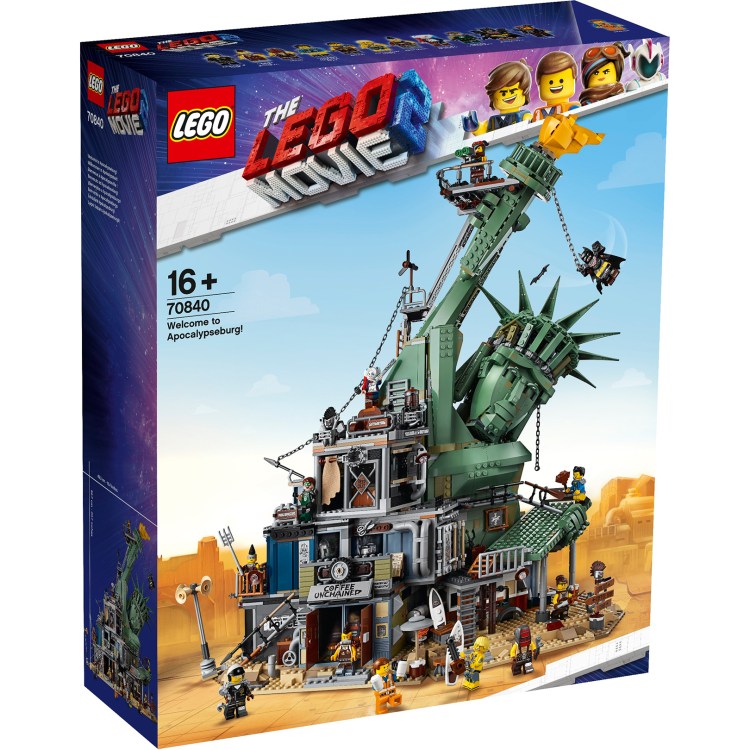 Perhaps an unexpected inclusion on this list, the Apocalypsburg set displays a dystopian “Mad Max”-style Statue of Liberty that has become overrun and occupied by LEGO minifigures from the LEGO Movie 2. Perhaps the strangest inclusion in this set was the “Suicide Squad” version of a Harley Quinn minifigure. This set is an amazing display piece that may not be recognizable from the LEGO Movie 2 if you’ve not seen it, but offers some good old imaginative charm that we all love from LEGO 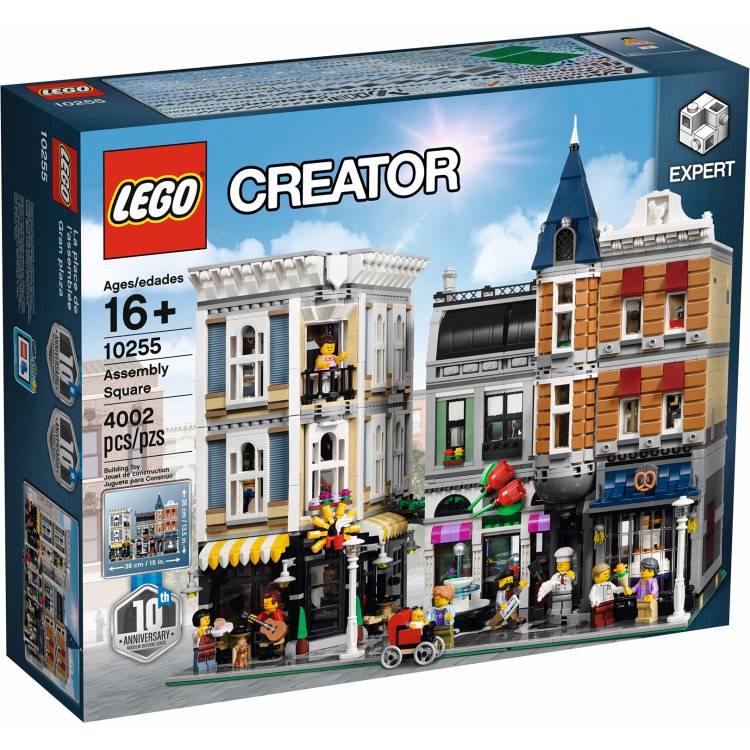 Released as the 10th Anniversary model of the LEGO Creator Modular line of sets, this set is the largest in the series and is among my favorites. From the pretzel shop to the flower shop, and from the dentist’s office to the cute apartments, this set is everything I wish I had to play with as a kid. At least I can get it now! 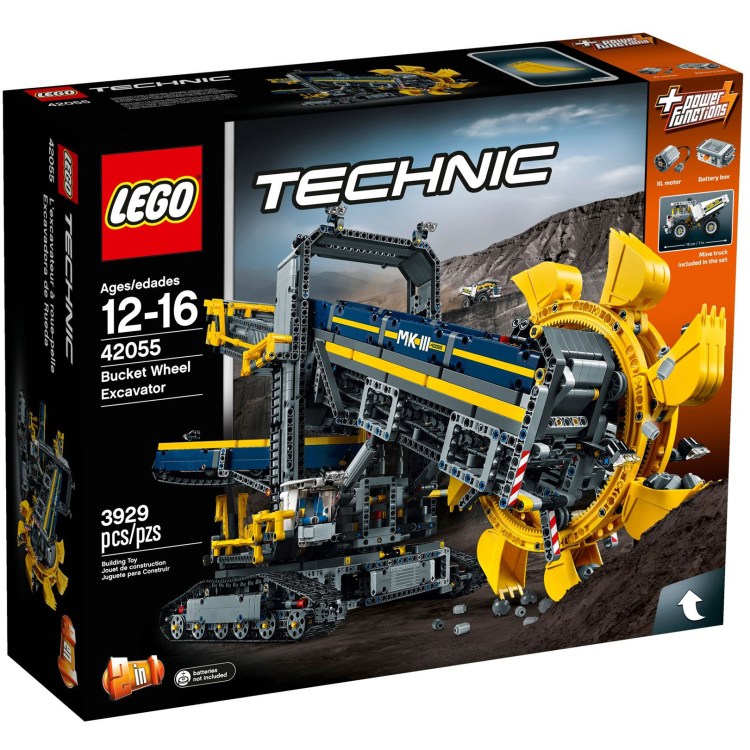 As you know by now, Technic is not my jam, but this set is pretty awesome! I’d love to take this in my backyard and dig around with it. I wonder what my neighbors would think… 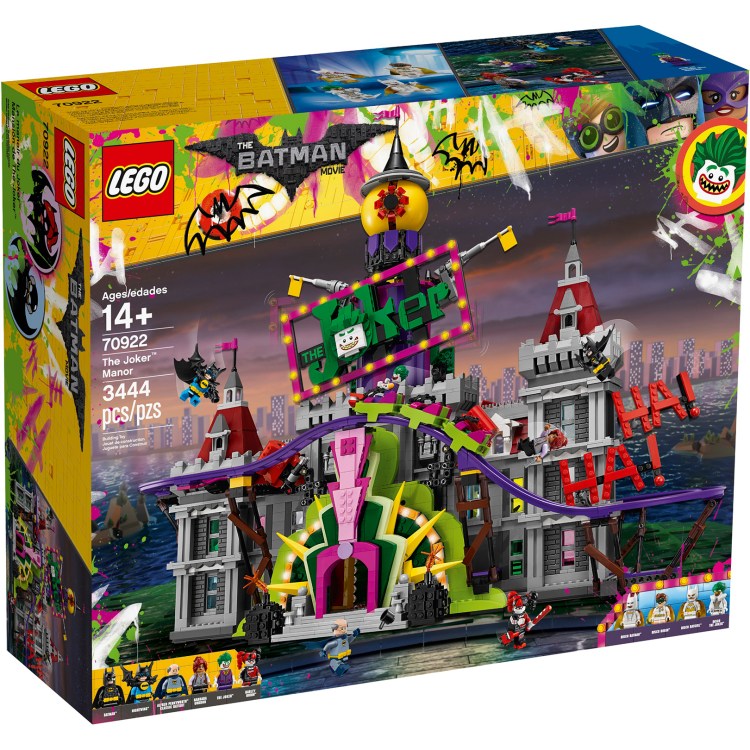 This set is a LEGO DC fan’s dream: amazing minifigures, a zany build, and of course, THE JOKER! I don’t own this one, but writing about it now, I am kind of kicking myself for not getting it. What a cool set. 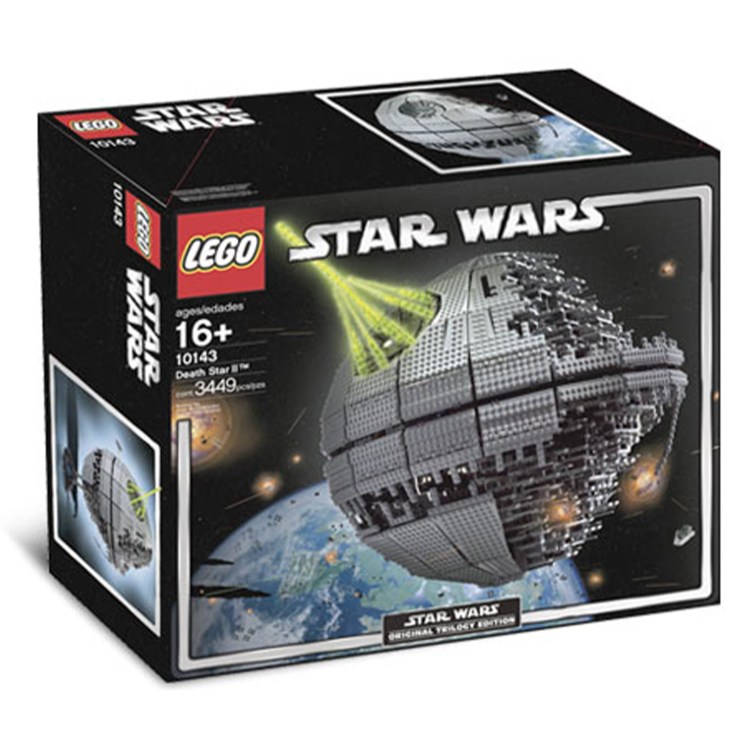 My friend Paul had this growing up, and as a kid I always thought it was a boring set (I wanted it to open up with play features!) Now as an adult collector, I wish I’d gotten this back then. Paul, if you’re reading this, let’s work out a deal. The unsealed versions are worth $1500+ now! 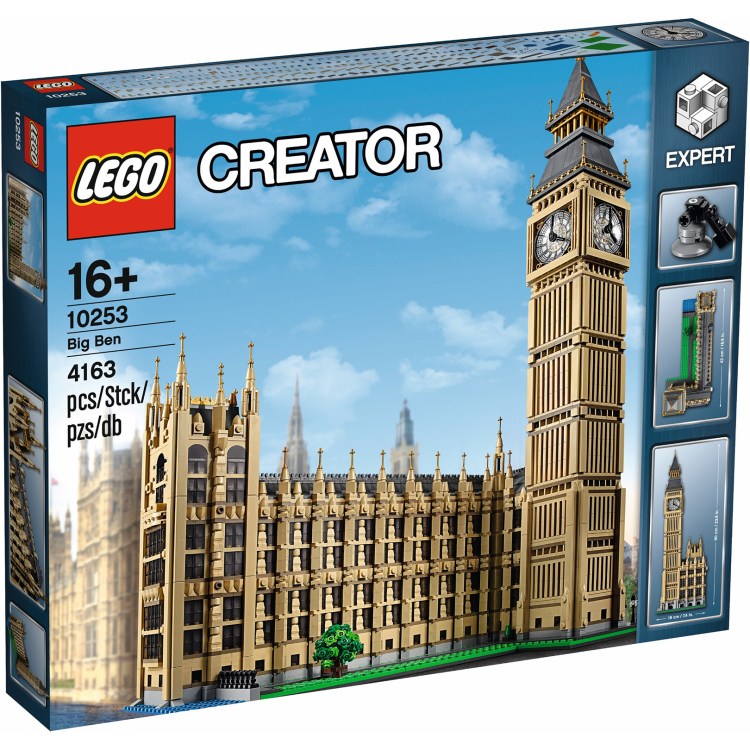 Another set I am kicking myself for not getting, Big Ben offers amazing display value and would make for a great centerpiece. If there’s one thing you take away from this article, it should be not to drag your feet on LEGO sets! If you like something, buy it before it’s gone.

Another dream set for LEGO DC fans, the 1989 Batmobile brings Michael Keaton’s iconic ride to life along with three minifigures from the movie. This build was a blast, and much like the Ghostbusters firehouse, it always gets a smile from guests who visit my LEGO room. 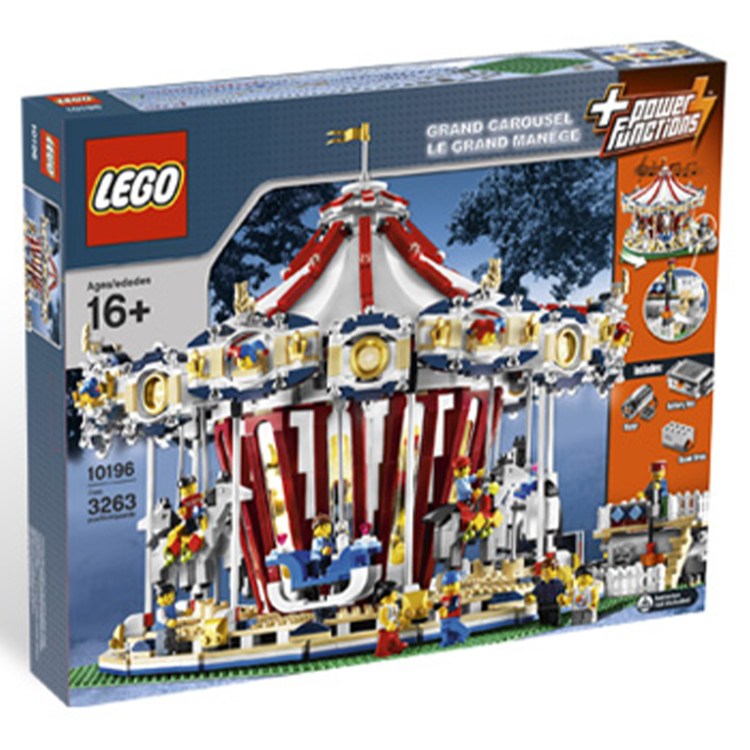 My experience with this set is exactly like the Death Star II; I saw it as a kid, thought it was lame, and kick myself as an adult for not getting it. I saw this used on Facebook Marketplace last year for $100, but someone beat me to it. Damn… 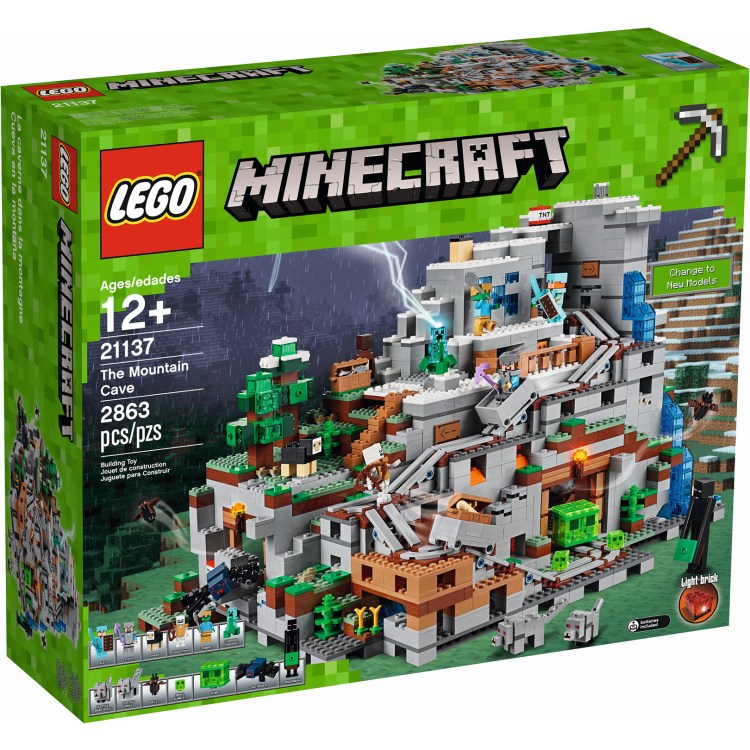 LEGO Minecraft is a theme that makes total sense, after all, Minecraft is basically just “digital LEGO.” While the theme doesn’t excite me as an adult builder, I think it’s great that Minecraft has some representation among the “big dogs” of most expensive LEGO sets. 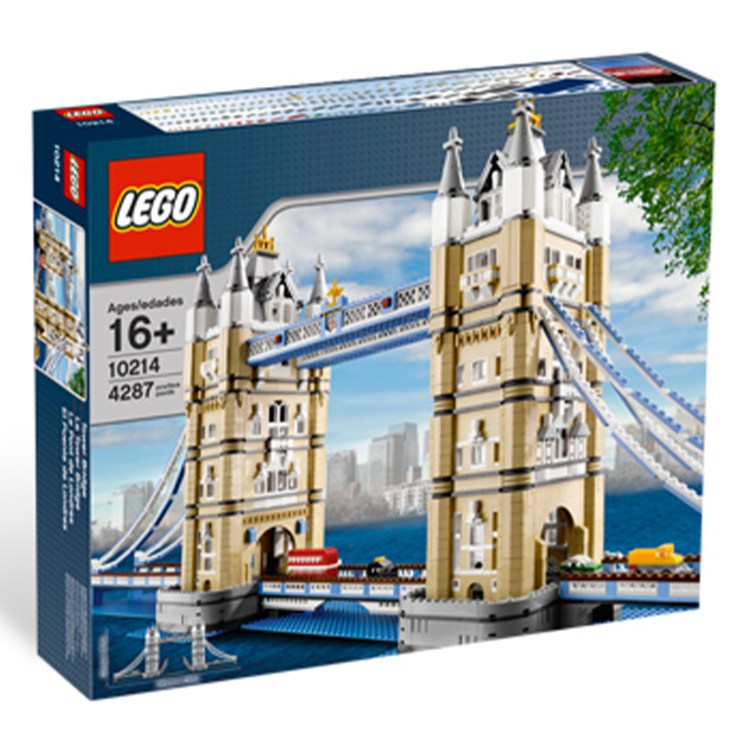 I wish I owned this set, or even got to build it. One of my college professors, Dr. Trowbridge, told me he had this set and we bonded over talking about it. He said his nieces and nephews tore it apart and it needed rebuilt. Dr. T, if you’re reading this, I gladly volunteer to help! 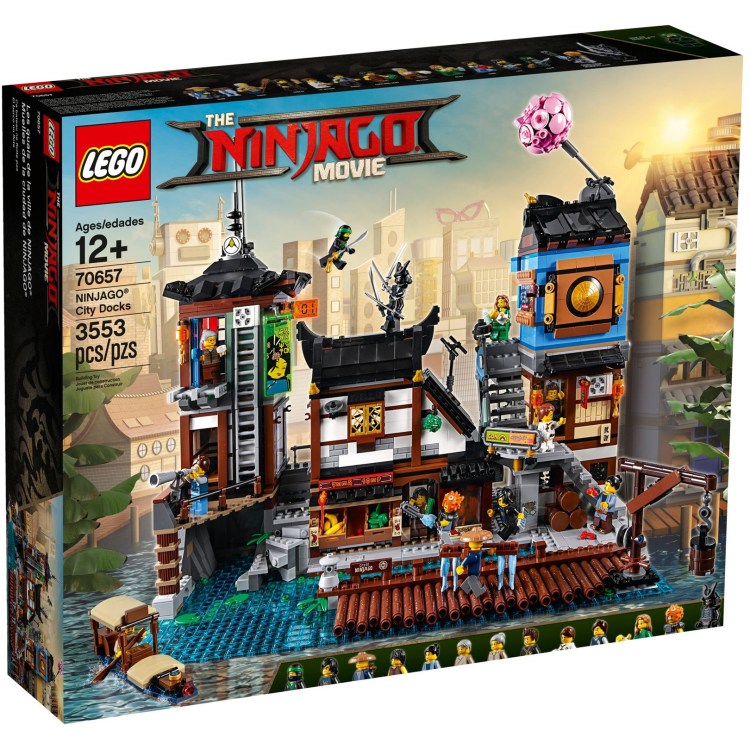 Just like the Ninjago sets before it on this list, the City Docks set brings out a feeling of quietness just looking at it. If I were a LEGO minifigure (and sometimes, I feel like I am) I’d love to take an evening and cast my fishing rod here.

shop now at ebay
Slide 1 of 3
Did you like this article?