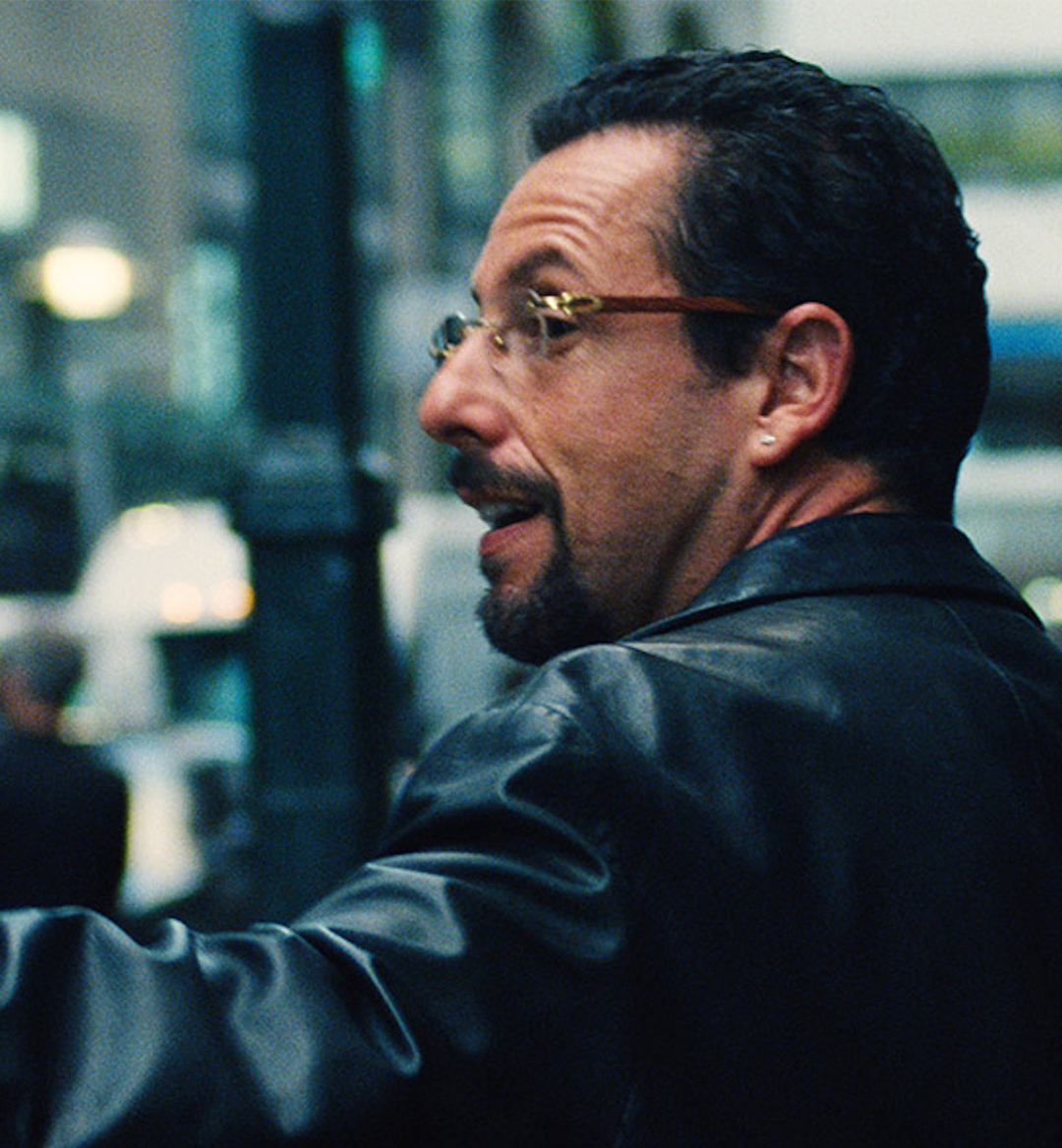 A24 has fast become one of the most recognizable independent film production companies in the game. With monumental, critically acclaimed releases like Moonlight, Lady Bird and Midsommar, the company’s films have become some of the most anticipated releases in Hollywood year after year. The studio is closing 2019 with arguably its most widely anticipated film yet, Uncut Gems.

Starring Adam Sandler as a New York City Diamond District jeweler named Howard Ratner, the movie has got fans of the Happy Madison actor’s other serious roles (Punch Drunk Love, The Meyerowitz Stories) positively raring to go. One thing these other films don’t have—that takes center stage in Uncut Gems—is an unbridled commitment to letting Adam Sandler absolutely drip. Between gaudy jewelry, flashy glasses and gorgeous leather jackets, Sandler’s on-screen style is one of the things we’re most looking forward to in the final weeks of 2019.

Peep Ratner in his already iconic look below. The yellow shirt paired with flashes of gold jewelry and a sleek, oversized leather blazer is already one of the most recognizable looks of 2019.

And although Sandler is often criticized for his poorly fitting off-screen dress, his look in Uncut Gems highlights a universal truth: It’s the person who drips, not the clothes. Because even here in his usual genre of get-up, he looks kind of fly, right?

If Sandler’s looks aren’t enough to get you hyped to see the film, know that he stars alongside legendary NBA power forward Kevin Garnett and Atlanta star Lakeith Stanfield. Make sure to check out Uncut Gems, which opened this past Friday.

We can finally say it once and for all: Adam Sandler is an undeniable drip god.