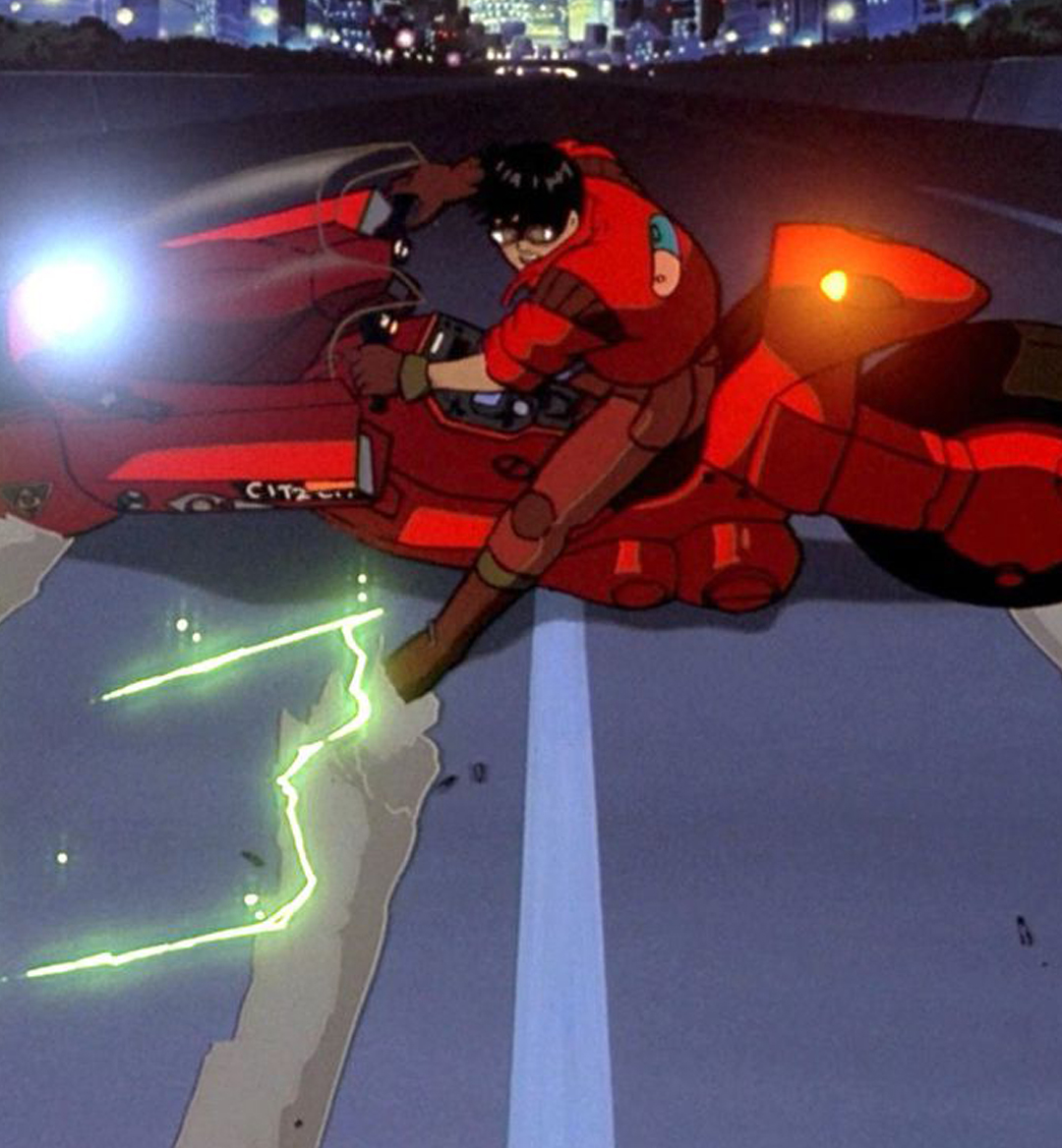 The amount of anime currently available on the Internet is absolutely staggering, and sorting the cheaply made tripe out from the avant-garde gold is a gargantuan task. Netflix has curated a pretty impressive selection of original and recycled content, whereas Crunchyroll’s almost endless library is instantly overwhelming. Hulu’s selections are somewhere in between the two: there are definitely hidden treasures hidden amongst the trash.

Fear not young weebs, we’ve got you covered: here’s our (unranked!) selection of the 21 best anime shows and movies currently available on Hulu —ranging from shonen classics to classic magic girls to artsy explorations of Japanese identity.

Ninja Scroll has come to represent the Golden Age of 90s anime: it combined adult eroticis, ultra-violence, and grotesquery for a unique artistic experience equal parts nauseating and titillating. It’s easy to see director Yoshiaki Kawajiri’s influence on a handful of more contemporary animation, but almost no artist since has been able to create something as darkly compelling as this gem from 1993.

A continuation of the miniseries of the same name that requires no foreknowledge of what came before it, Afro Samurai is a humorous and bloody hodgepodge of cyberpunk, samurai movies, and shonen anime archetypes. Voice acting from Lucy Lui and Samuel L. Jackson lends cultural legitimacy to what might otherwise be cynically dismissed as silliness. It’s certainly more style than substance — but in a fun way.

Often considered the greatest animated movie ever made, Akira by Katsuhiro Otomo is a true triumph of the art form as much as it is a processing of national trauma. Warnings of another nuclear nightmare and the fear of an impending youth revolt seem even more prescient nowadays despite the movie being decades old — and the surreal, sci-fi imagery remains both powerful and deeply disturbing. It might not be the easiest movie to digest on a first watch-through, but the film will leave an impact nonetheless.

Oscar-winning director Hayao Miyazaki is better known for his colorful steampunk fantasy worlds than for emotionally gut-wrenching realism, but Grave obviously falls in the latter category. It’s hard to imagine the cultural devastation wreaked by nuclear warfare, but this frightening story of survival highlights the real human toll of America’s military might. Keep a box of tissues nearby while watching: only the most heartless can make it through this movie without shedding a tear.

The category is guilty pleasure! There’s almost nothing artistically redeemable about Akame Ga Kill!: the art style is amateurish, the storyline borders on nonsense, the character design is overtly misogynistic — but the show’s a lot of fun if you love all the cliches of anime action. The short series is comparable to Kill La Kill — it’s way worse quality, but it’s also strangely addictive. Some things are just so bad, they’re actually good.

Although it’s certainly geared for a teenage audience, it’s hard not to be endeared by Assassination Classroom’s squishy yellow protagonist, a mysterious alien who threatens to destroy the planet unless a group of unsuspecting delinquent students figure out how to kill him. There’s a kind of monstrous sexuality throughout that’s all a bit unsettling, but somehow the kids wind up actually learning heartwarming life lessons amidst all the attempted murder. Expect some filler episodes in between the hilarious action sequences that can be skipped, but for the most part, Korosensei’s bizarre journey is harmless fun.

Often considered the greatest anime series ever made — and widely thought of as a sci-fi masterpiece — Cowboy Bebop is a wildly successful experiment in genre-mashing: a thrilling space adventure/neo-noir with a rousing jazz score, the show traces a ragtag group of bounty hunters on an interstellar journey. Spike Speigel and his crew capture criminals as they face their own dark pasts. No short description can really capture the artistry and emotionality of this shockingly sophisticated show — and its absolutely heartbreaking ending has left audiences devastated for decades.

A hyper-stylized shonen anime that hits all the beats of classic Japanese cartoons for boys while still putting a fresh spin on all the prototypical tropes. After his sister transforms into a demon, a plucky young samurai begins his quest to save her soul as he battles a parade of devilish villains. A colorful and fun art style compliments the show’s cutesy character design and adds to the vibrant energy of the series’ fight scenes.

Although Digimon is often condescendingly referred to as an inferior analog to Pokemon, the original show’s first run is quite obviously a far more emotionally sophisticated journey than Ash Ketchum’s misadventures. Yes, both shows are certainly aimed at young kids, but Digimon’s cast of multi-dimensional characters tug at the viewer’s heartstrings in ways that Nintendo’s hyper-toyetic TV series never could.

This six-episode miniseries is an avant-garde tour de force that’s even made its way into contemporary art museums as an example of the so-called “superflat” postmodernist movement. The plot is a self-referential pastiche of anime tropes that explode in surreal and gorgeously animated sequences, soundtracked by the legendary Japanese punk band The Pillows. Don’t expect to understand what’s happening on your first watch-through, but closer analysis reveals a story about the oppressive isolationism of Japanese culture and the clashes its confrontations with the West produces. If all that intellectual blather doesn’t interest you, there are lots of explosions and outlandish supernatural battles to keep lesser sophisticated fans amused.

So this gets a little confusing: A Fullmetal Alchemist animated series, based on the original manga of the same name, started in 2003 — but the production of the TV show quickly outpaced the speed at which the books were being released. The show’s creators began improvising with the plot, leading the story into a totally different direction than what the original writer had imagined, and the series wrapped up in a super disappointing finale. Cut to 6 years later: Fullmetal Alchemist: Brotherhood rebooted the show from the start in order to keep the original plot more intact, and although the opening narrative arc is almost entirely the same as the first anime, the plot takes an entirely different — and much more coherent! — direction as it advances.

FMA: B tells the story of the Elric brothers, two magically gifted siblings who attempt to resurrect their mother in a magical ritual that goes terribly wrong. As they get conscripted by an army and dragged into international warfare, the boys hope to discover how to make things right — while battling a slew of nefarious enemies hoping to take their power.

The studio behind FLCL and the beloved masterpiece Neon Genesis Evangelion isn’t always producing hyper-intellectual action: Gurren Lagann brings Gainax’s signature excellent animation to a plucky and lighthearted story about giant robot battles in outer space. The tropes are all familiar, but the artistry is next-level. The bombastic soundtrack and hilarious styling make this one of the most fun 27-episode runs of any show ever created. It won’t blow your mind in the way that their other works might, but it’ll get your heart pumping.

Hellsing doesn’t exactly hold up as much more than a fascinating cultural artifact from the early 00’s — the animation is a bit lazy, the story is not so coherent, and the characters’ one-liners are impossibly cheesy — but it’s a great time capsule of the kind of goth subculture culture that proliferated at the time. The design of Hellsing has been endlessly copied and there’s some wonderful mise-en-scene. For otaku of a certain age bracket, the nostalgia factor is unstoppable, making unbiased evaluation of this bloody vampire story almost impossible. Japanese interpretations of Western mythology are always idiosyncratic, and this steampunk spin on the legend of Dracula is no exception.

Millennials will remember the endless reruns of Inuyasha’s never-ending journey playing on Cartoon Network. It’s hard to say how much of the program holds up today, but the show’s delicate balance between shonen and shoujo styles has not been replicated since. Although there’s lots of action, Inuyasha is a magical love story at heart — but beware, there’s a whole lot of filler in between the rousing episodes that actually advance the plot.

With an almost aggressively stupid story, Kill La Kill is an example of anime’s campier pleasures: beyond over-the-top fight scenes and absurdly sexualized character design, the show is definitely offputting for audiences looking for something with actual emotional substance. Staunch critics have to admit that the animation throughout is beyond excellent, even if it's not the smartest program ever made.

MSG:W was the first series of the Gundam franchise to make it to the United States in the mid 90’s, and gained an ever greater following over here than it did in Japan. It would be easy to dismiss the show as a campy collection of giant robot space battles, but the sci-fi plotting is surprisingly sophisticated, and the characters are emotionally complex: the show is an extended meditation on the trauma of war as much as it is an adventure story.

MHA is basically Japan’s answer to the X-Men: the show takes place in a near-future where almost every human has developed some kind of special power. Deku, the show’s endlessly endearing main character, enrolls in a school for young superheroes as he battles the nefarious League of Villains and other assorted underworld underlings. The fight scenes are hype beyond belief.

The ultimate Magical Girl anime, the original Sailor Moon cartoon is a beautiful time capsule of 90’s girl power. Nostalgic whimsy aside, the bright and delicate art style (even the watercolor backgrounds are breathtakingly pretty) pairs perfectly with iconic character design and lovable writing. It’s no surprise this cartoon is often cited as an inspiration by drag queens and fashion designers alike.

Director Shinichirō Watanabe tried to recapture the genre-mashing magic of Cowboy Bebop with his follow-up series Samurai Champloo, which uses a hip hop score to tell a story about traveling warriors looking for revenge in feudal Japan. The experiment definitely works — and although it doesn’t quite measure up to Bebop (almost nothing truly does!), it’s still one of the most fun anime shows ever made.

If the casual misogyny of mainstream shonen anime presents a problem for you, skip Soul Eater — but if you’ve got an insatiable appetite for absurd action sequences featuring bizarre weapons and even more bizarre characters, this show is likely up your alley. The graphic design of the show is impeccably clean, and was likely an inspiration for newer, hyper-stylish shows like My Hero Academia and Demon Slayer. There’s not a ton of filler either, meaning it’s not hard to breeze through the whole thing in a week.