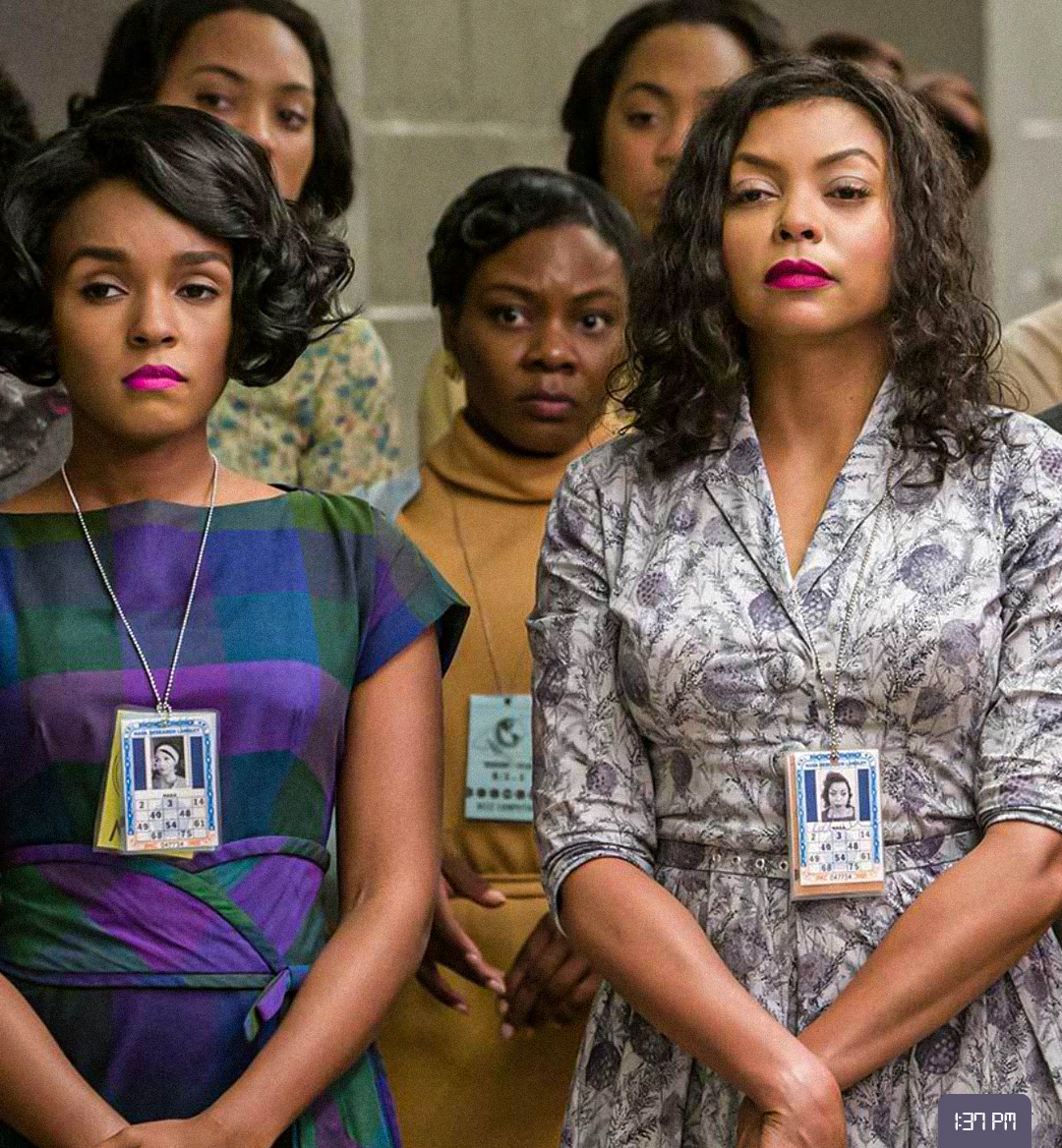 From the early beginnings of filmmaking, focusing on a real-life subject has always been a popular form of movie. In 1939, Henry Fonda portrayed Abraham Lincoln in Young Mr. Lincoln, and the '60s brought Elizabeth Taylor as Cleopatra in a remake of the original Cleopatra from 1934. As the years carried on, the fascination with exploring the depths of people never faltered. These 25 biopics span a wide range of genres, from iconic musicians and politicians to especially defining moments in history.

Winning an Academy Award for his portrayal of Abraham Lincoln, Daniel Day-Lewis stuns in Lincoln, a film about the final months of his life and his fight to abolish slavery in the United States. This movie is Day-Lewis at his height, giving a standout performance alongside Sally Field, Tommy Lee Jones, and Joseph Gordon-Levitt.

Based on the 1853 memoir of the same name, 12 Years a Slave is about Solomon Northup (Chiwetel Ejiof0r), who—although born free—was kidnapped and forced to work on plantations for 12 years. The film went on to win Academy Awards for Best Picture and Best Original Screenplay. On top of that, Lupita Nyong'o's portrayal of Patsey earned her both her first nomination and win for Best Supporting Actress.

An extremely long film clocking in at almost four hours, Lawrence of Arabia tells the life of T. E. Lawrence, based on his own book, Seven Pillars of Wisdom. Played by Peter O'Toole, the film explores Lawrence's time in the Ottoman Empire as well as World War I and has become an iconic film in the many years since its release. It won seven out of the 10 Academy Awards that it was nominated for and was eventually added into the Library of Congress.

Starring Colin Firth as King George VI, The King's Speech is an intimate look into the deep struggles of King George's ability to speak in front of a new national audience following his sudden rise to the throne. The film focuses on his relationship with his speech therapist, Lionel Logue (Geoffrey Rush), who helps the new king work through his stuttering.

With Taraji P. Henson, Octavia Spencer, and Janelle Monáe in the leading roles, Hidden Figures tells a story inspired by the 2016 non-fiction book about five African-American women who worked as mathematicians at NASA between the '30s and '60s. The film showed the extreme racism and sexism towards Katherine Johnson (Henson), Dorothy Vaughn (Spencer), and Mary Jackson (Monáe), and was well-received by critics, especially for Henson, Spencer, and Monáe's performances.

An iconic biopic, Schindler's List is about Oskar Schindler, who saved more than 1,000 Jews during the Holocaust. The film stars Liam Neeson as Schindler, and given the historical nature of the movie, Steven Spielberg wanted to film it as if it were a documentary.

Two stories in one, Julie & Julia follows Julie Powell, a down-on-her-luck New Yorker who decides to blog about her journey of cooking every recipe from Julia Child's, Mastering The Art of French Cooking. On the flip side, the movie also tracks Julia Child as she embarks on a new journey of her own much later in life: to become a chef and write a cookbook.

Based on the non-fiction book, Wiseguy, by Nicholas Pileggi (who also co-wrote the script with Martin Scorsese), Goodfellas is about Henry Hill's life, a mob associate in New York in the 1960s through the 1980s. Ray Liotta plays Hill, with Robert DeNiro, Joe Pesci, and Lorraine Bracco in supporting roles. This film was also eventually entered into the Library of Congress as it quickly became a classic following its release in 1990.

Jesse Eisenberg portrays a young Mark Zuckerberg in The Social Network, which follows him as he creates Facebook while studying at Harvard University. The film also stars Andrew Garfield as Eduardo Saverin and Justin Timberlake as Sean Parker.

Mirroring that of the real story of Erin Brockovich, Julia Roberts stars as Brockovich, a legal clerk who pieces together a class action lawsuit against an energy company after residents in a California town start having serious medical issues.

Philip Seymour Hoffman stars as Truman Capote in this 2005 biopic about the famed author as he writes the iconic In Cold Blood in 1965. Hoffman does an outstanding job of nailing Capote's unique accent, as well as the small mannerisms and other parts of his complex personality.

Queen Elizabeth is faced with a decision after Princess Diana is killed in 1997: does she address the nation or remain silent? The Queen follows her at that moment in time, as she receives pressure from both Tony Blair, the Prime Minister of the United Kingdom, and her son, Prince Charles.

I, Tonya approaches the infamous story of Tonya Harding in a number of different ways, from breaking the fourth wall to interviewing the characters after Harding's attack on Nancy Kerrigan in 1994. Margot Robbie stars as Harding alongside Sebastian Stan, Julianne Nicholson, and Allison Janney.

Publisher of The Washington Post, the formidable Katharine Graham (Meryl Streep) works with Editor Ben Bradlee (Tom Hanks) in deciding whether or not to publish a breaking story about The Pentagon Papers. A fast-paced story, the film focuses on the pair's relationship and how—though coming at the story from different angles—they're able to arrive at a decision together for the sake of the country.

Melissa McCarthy takes the leading role in Can You Ever Forgive Me?, a film about author Lee Israel (McCarthy), who—as a way to make money—decides to forge personal letters of various deceased authors. The film was nominated for three Academy Awards, including Best Adapted Screenplay, Best Supporting Actor (Richard E. Grant), and Best Actress for McCarthy, whose portrayal of Israel was truly incredible.

Meryl Streep takes on the role of Margaret Thatcher in this biopic, which follows the Prime Minister from both her younger and older years—the younger years portrayed through flashbacks. Larger events during her career took more prominent spots in the film, including the 1979 election, the bombing at the Grand Hotel, and her Falklands Island decision. The role earned Streep her third Academy Award, with critics applauding her performance even though the movie wasn't received as well critically.

Directed by Spike Lee, Malcolm X is a powerful film about the African-American activist and Civil Rights icon, starring Denzel Washington in the namesake role. Highlighting the most important events, including key events from his childhood, his time spent incarcerated, his later conversion to Islam, and ultimately his assassination.

The Wolf of Wall Street centers around Jordan Belfort (Leonardo DiCaprio), a seemingly successful stockbroker who lived lavishly, but all the while was engaged in fraud surrounding his earnings. Although the movie was received fairly well, the idea behind making a film about Belfort was up for judgment given the circumstances surrounding his life.

Jamie Foxx is Ray Charles in Ray, a biographical film about the legendary artist's life, spanning from his childhood to his later years and mainstream success. The movie emphasizes the effect that the drowning of his brother, George, has on his life, in addition to him becoming blind following his death. The film received very positive reviews, with Foxx earning Best Actor for his portrayal of Charles.

Taron Egerton is Elton John in this glittering-yet-emotional account of the artist's career beginnings at the Royal Academy of Music and his subsequent fame that came along with it. More so, the film hones in on his musical and writing partnership with Bernie Taupin, played by Jamie Bell.

Florence Foster Jenkins revolves around the odd-yet-charming woman and heiress of the same name, portrayed by Meryl Streep. Although she's suffering from syphilis, no one would ever know because of the cheerful manner she takes on life with. Alongside her longtime manager, St. Clair Bayfield (Hugh Grant), she decides to resume singing (very poorly, I might add) later in life.

The Runaways is a gritty look into the formation of the band of the same name, formed by Joan Jett and Cherie Currie in 1976. The band would end up paving the way for young women looking to be a part of the rock scene, with Jett leading a successful career as a solo artist following the band's ultimate breakup. Starring Kristen Stewart as Jett and Dakota Fanning as Currie, the two give remarkable performances in this homage to one of rock's most underrated groups.

An ultimately heartbreaking story, Selena follows Selena Quintanilla as she breaks into the Tejano music scene in the late-'80s and '90s up until her murder in 1995. Jennifer Lopez plays Quintanilla, with critics praising her for her portrayal.

Although the film itself wasn't as great as people had hyped it up to be, one of the things that Bohemian Rhapsody truly delivers on is Rami Malek's portrayal of Freddie Mercury. Given that the film is centered around Queen, the soundtrack is incredible, especially within the scenes where the band is recording their album. Although Queen is a major part of the film, the main focus is Mercury and his personal struggles, but more so, his triumphs.

Currently playing in theaters, Spencer focuses on Princess Diana during the Christmas weekend of 1991. Although it's not a biopic in the more general sense given that it's not about Diana's entire life, the film is hyper-focused on her every last move, much like that of the media at the time.