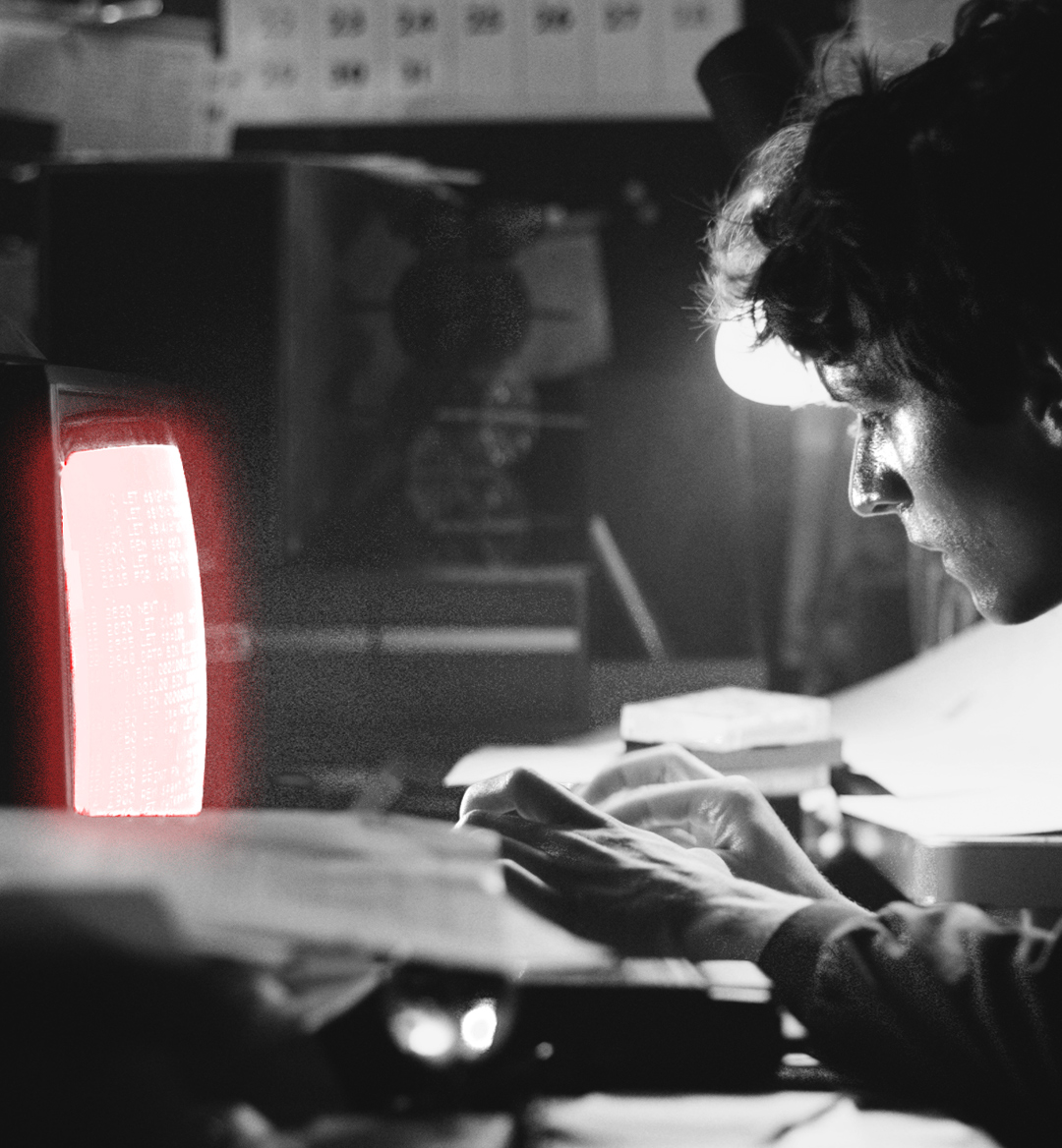 Netflix is letting us choose our own nightmare with the release of its interactive film Black Mirror: Bandersnatch. In the film set in 1984, Stefan Butler (Fionn Whitehead) struggles with mental illness while developing a choose-your-own-adventure game called Bandersnatch, which is based on the book of the same name by Jerome F. Davies. For the better part of four months, Stefan isolates himself in his room, tirelessly working to finish the game in time for video game company Tuckersoft to sell it.

There are five primary endings you can get to in Bandersnatch, but no matter if you chose to cut up or bury a dead body, or if you were really masochistic and chose Sugar Puffs cereal over Frosties at the beginning, we all saw the same nightmare unfold on screen: a scarily realistic look into the dark side of video game development.

Stefan is the prototypical image of the video game developer that we’ve been inundated with from Hollywood for decades. The tropes are all there: He’s an isolationist riddled with so much social anxiety it manifests in his twitchy demeanor and stuttered speech. Stefan has two explicit goals tied to the creation of his game: completion and recognition.

In a number of the main endings, Stefan is seen intently watching a video game review TV show anxiously awaiting the recognition for his work. However, the deeper you go into Stefan’s story, the more you realize his obsessive immersion into developing this choose-your-own-adventure game is predicated by his internalized guilt over his mother’s death. In a series of flashbacks, we learn his decision to look for his toy under his bed instead of going with his mother played a part in delaying her and forcing her to catch a later train that was in a fatal accident.

Completing Bandersnatch is inextricable of the trauma Stefan experienced, which he’s actively receiving therapy and subsequently medication for. That can turn stressful nights at work into existential crises that video game developers know of all too well.

Offscreen, award-winning indie game developer Joshua Boggs punched the gaming industry in its collective chest with his heartfelt speech about his battle with depression at the 2016 Game Developers Conference. Boggs admittedly had a negative family upbringing that left him with a hunger for recognition and approval that translated into his work, as it did for Stefan. “We are basically a generation of creators crying out for approval from our parents,” Boggs proclaimed.

The unhealthy ramifications some developers experienced in real life give credence to the mental instability Stefan exhibits throughout the film. Andrew Weldon, a designer for Halo publisher Bungie, claims he once had a colleague who pushed himself so hard to finish a game that he went on a six-month medical leave.  “People think that making games is easy,” Marcin Iwiński, executive and co-founder of CD Projekt Red, the developer of The Witcher 3, told The New York Times in 2017. “It’s hardcore work. It can destroy your life.”

Overtime is the only time

At one point in Bandersnatch, Stefan feels the pressure to finish the game and flushes his medication down the toilet and spends the next three weeks locked in his room feverishly attempting to meet his deadline. He soon experiences nightmarish flashbacks of his mother’s death and berates his father for simply inquiring why his son hasn’t eaten or left his room. Those three weeks, to video game developers, is known as "crunch time."

When making a video game, "crunch time" is the part of the process when overtime becomes the only time, as companies rush to finish games in time for their release dates. Crunch time could involve anywhere from an extra four hours to a developer’s regular 40-hour work week to more than 25 hours of extra work every week. For a 2016 survey from the International Game Developers Association, 63% of respondents who said they experienced crunch time reported working between 50 to 69 hours per week.

Stefan never complains about the lack of sleep and long hours, because like most developers, he probably knows this is standard.

Stefan never complains about the lack of sleep and long hours, because like most developers, he probably knows this is standard. According to the 2018 GamesIndustry.biz Careers Survey of game developers, publishers and other professionals in the gaming industry, more than 85% of respondents expected to work beyond their billable hours. When excess is normal, the lines between hard work and obsession get blurry.

Rockstar Games co-founder Dan Houser’s recent New York Magazine interview caused a bit of controversy in the gaming community after Houser stated the team working on the massively successful game Red Dead Redemption 2 were undertaking unseemly 100-hour work weeks. That’s an average of more than 14 hours a day for seven days a week dedicated to making a virtual world seem real. Houser later clarified his comments by explaining how only the four-person senior writing team, which he is part of, undertook those grueling hours.

How long did that small team undergo those 100-hour work weeks? Three weeks—the same amount of time as Stefan in Bandersnatch.

Houser also clarified that any employees who logged in extra hours developing Red Dead Redemption 2 did so by choice and not direction. That’s where things get paradoxical. Tuckersoft boss Mohan Thakur (Asim Chaudhry) never explicitly forces Stefan to hole himself up in his room for days on end in order to finish the game. But, he also didn’t explicitly tell him not to.

In an industry where overworking yourself is traditional, not explicitly regulating crunch time is the same as reinforcing set conventions.

That is why there are efforts happening now to change the crunch time culture in the video game developer community. Tanya X. Short, a co-founder of the independent studio Kitfox Games, has been asking colleagues for more than three years to sign a petition to end crunch time. She’s garnered support from colleagues at Far Cry publisher Ubisoft, Star Trek Fleet Command developer Karman Interactive and a myriad of others.

Those mentally deleterious conventions could soon become a thing of the past, as the conversations about video games’ effects on mental health are intensifying. Last year, the World Health Organization (WHO) began recognizing “gaming addiction” as a disease for the first time ever, allowing for medical professionals to begin developing treatments specifically for gaming-related mental illnesses, as opposed to general treatments for anxiety or depression.

Have fun choosing your own nightmare in Black Mirror: Bandersnatch. Just know, for some game developers in the real world, it’s their reality.

This Week In TikTok

Juicy J and GaryVee Team Up On Asterisk*, Changing the Weed Game Forever