Who Should Be The Main Villain in 'Captain America 4?' 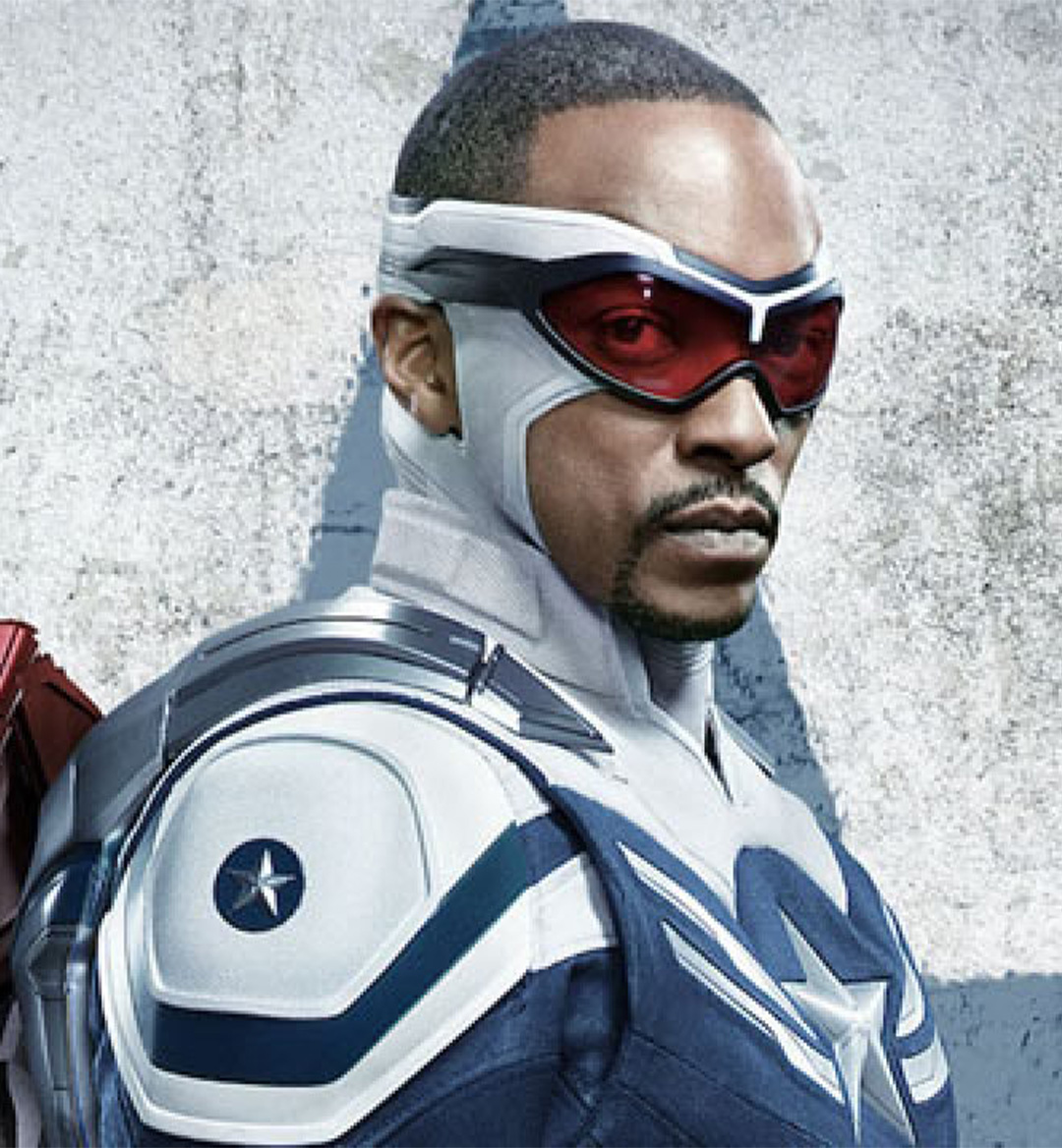 After taking a peek at Cap’s entire Rogues Gallery, we arrived at three potential villains and even a dangerous stable that could present the new Cap with a worthy challenge. 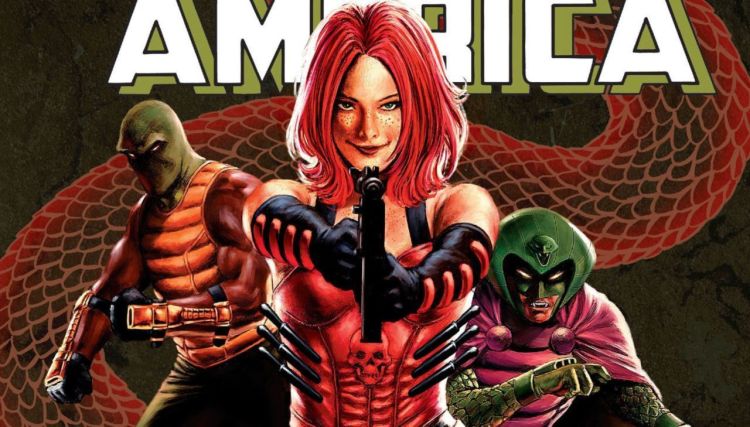 The very first MCU baddie that Steve Rogers came into contact with was the infamous Red Skull. This classic WWII-themed baddie got his comeuppance in The First Avenger, but he eventually sprang back up in Infinity War and Endgame as a Stonekeeper. In the comics, he actually fathered a daughter named Sinthea Shmidt aka “Sin.” Her backstory is a bit silly when you really think about it, however - Red Skull basically used a machine that instantly aged her into adulthood and blessed her with superhuman powers. If she was adapted into the MCU, we’d prefer her origin story to get a bit of change-up.

Having her play the part of a sympathizer that adopts Red Skull’s views and building herself a stable of fellow believers in the Sisters of Sin to target America’s newly appointed Cap sounds like a plan to us. Sure, that concept sounds similar to the Flag Smashers in theory. But it’s about time that someone with a close connection to the first film’s villain comes to life on the big screen against Mackie in his first solo outing. And here’s a dream scenario we’d love to see come to fruition - what if Captain Carter hopped through a multiverse portal into the live-action MCU to fight side-by-side with Captain Mackie against Sin and the Sisters of Sin? We’re sure Dr. Strange could make some sort of arrangement there...

2. Scourge of the Underworld 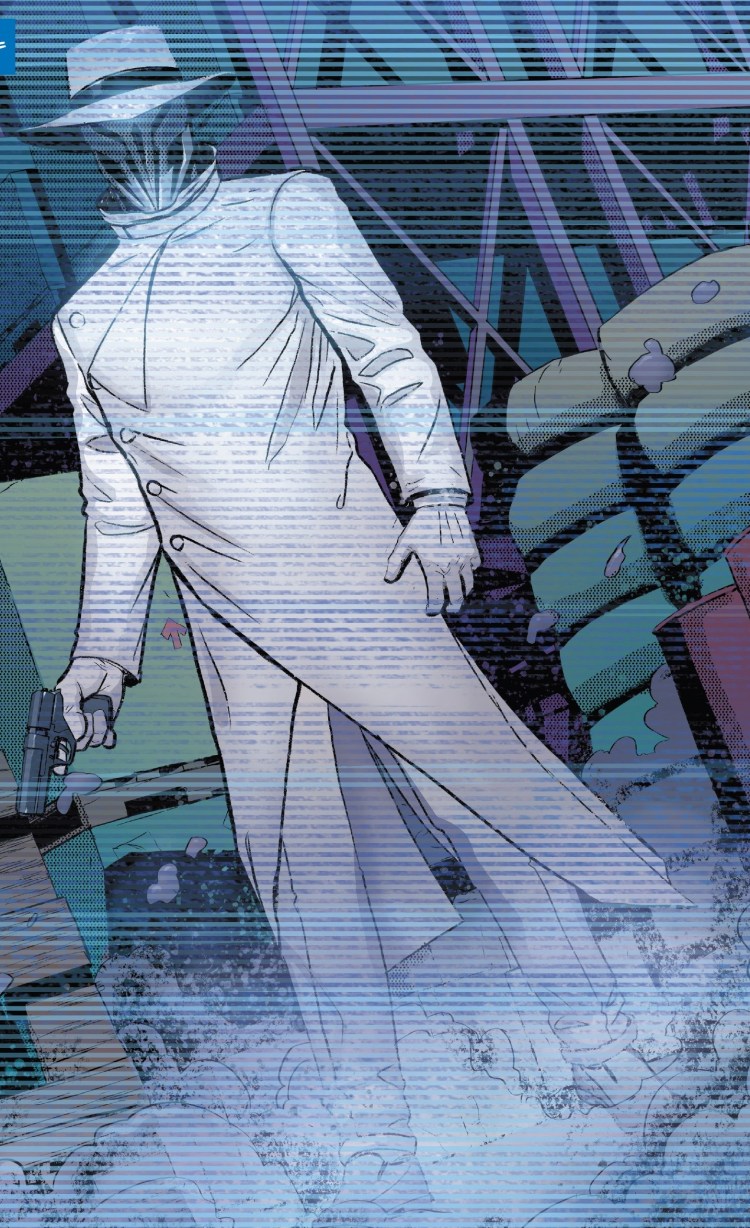 The Scourge of the Underworld may have the right intentions when it comes to his mission statement, but the way in which he acts it out is pretty sinister. He’s an assassin that carries out his own form of justice by killing known supervillains. Having him play the part of Cap’s new main adversary could make for an interesting film that pits the hero’s moral ideals against his foe’s more immoral actions. It’d be interesting to watch the public’s reaction to the new Captain America being forced to confront someone that’s doing something good in their eyes, but going about it the wrong way according to Cap. An MCU Scourge that carries out assassinations on corrupt political officials could be the perfect foe for Cap to take on as our hero comes to grips with the government he’s meant to fight for and the negative influences he seeks to eliminate from it. 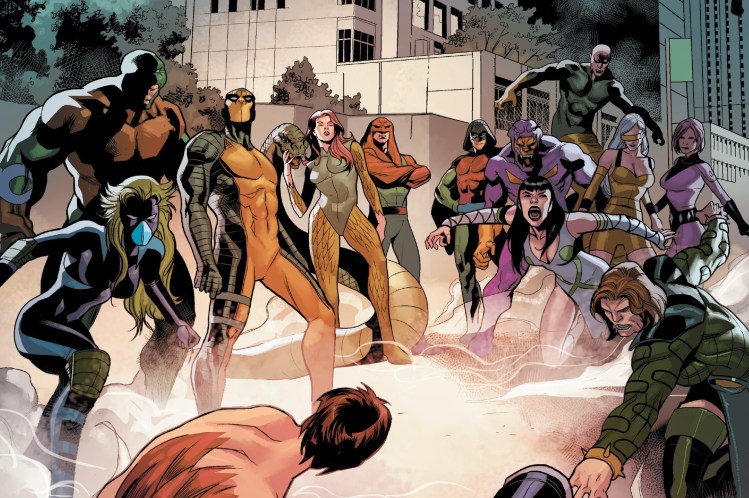 If Captain America 4 is meant to go the Civil War route and feature Cap teaming up with some familiar faces, then they’ll need an overwhelming threat to come to blows with. The perfect group of villains they’d engage in epic battles with would most definitely be the Serpent Society. This powerful collective of supervillains is a sort of labor union that seeks to help each other accomplish their sinister goals and rake in all the cash from their seedy business partners. One of the organizations they’re known to work for is A.I.M., which played a huge role in the events of Iron Man 3.

We think it’d be pretty cool to revive the evil faction and have them revealed as the Serpent Society’s true benefactors as they look to replace the now-defunct Hydra. We’d pay good money to watch the team of King Cobra, Anaconda, Bushmaster, Death Adder, Rattler, Constrictor, and Viper wreak havoc across the MCU and garner the attention of Cap and his most trustworthy allies. Just imagine how dope it would be to see Cap team up with Winter Soldier, War Machine, Hawkeye, and Shang-Chi. And hey, maybe we could even see Valentina Allegra de Fontaine’s U.S. Agent and her very own Black Widow Yelena Belova lend them all a hand! 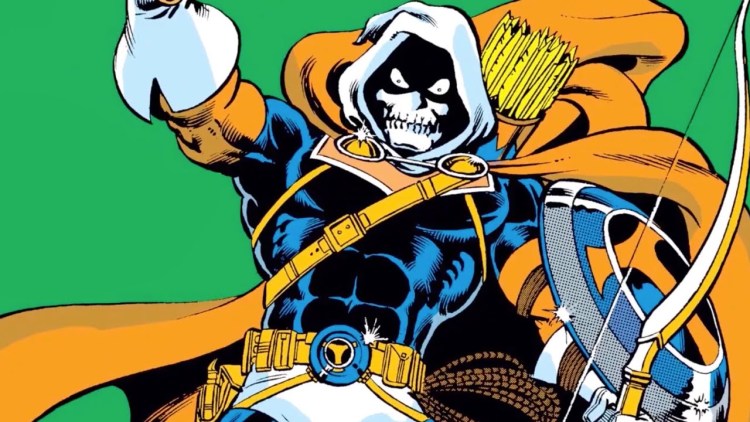 Now if the MCU can right its wrongs with the way it initially presented The Mandarin, then it can damn sure do the same for Taskmaster! Black Widow’s onscreen version of the character was nothing more than a mute rendition of the beloved baddie that only retained the original’s battle prowess. Once the stink of that first Taskmaster wears off after a few years, it’d be smart for the powers that be at Marvel Studios to revive the copycat character and showcase him as he was truly meant to be.

The man is a shit-talking mercenary that carries out his assignments for the highest bidder and utilizes his photographic reflexes in order to defeat his foes. A revised Taskmaster going at Cap’s head on behalf of A.I.M. could make for a great film full of action-packed clashes between the two. And hey, maybe we could have A.I.M. put some other baddies into play to get rid of the new Cap! MCU renditions of Karl Stryker and Abe Jenkins’ Beetle moniker (who could later become a member of the live-action Thunderbolts) could make for some cool side villains, wouldn’t you say?