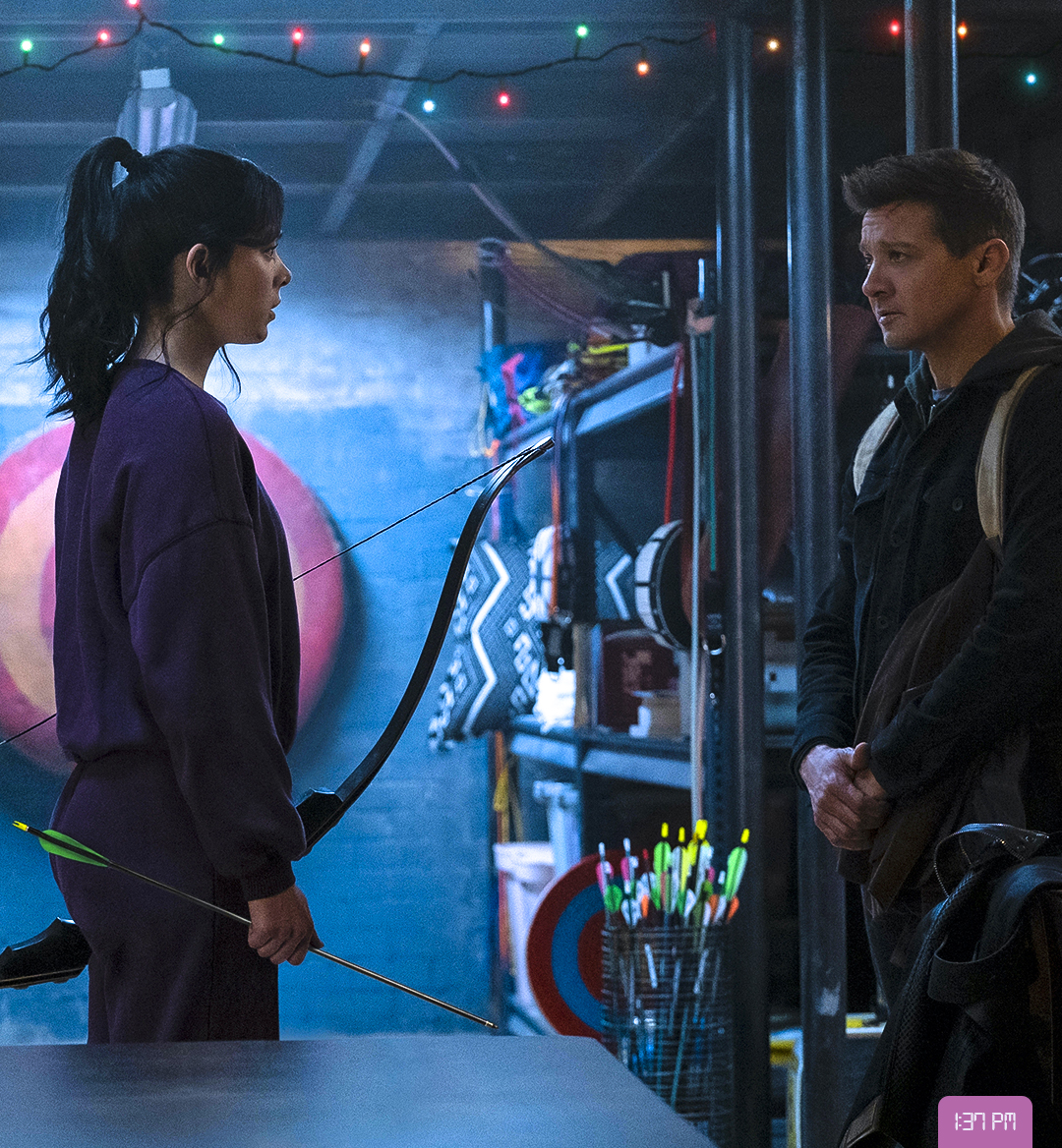 So a college student and a superhero walk into a bar...OK actually, it was a dark alley following a high-stakes, secret underground auction. But anyway, the point here is that this pair met under extremely unlikely circumstances.

Back home in Manhattan for the holidays, Kate Bishop (Hailee Steinfeld)—a college student and talented archer—is forced to attend a bleak-sounding auction event with her mother, a fairly regular (though very annoying) occurrence in any kid's life. However, before they leave, her mother casually drops an enormous bombshell: she's getting remarried, and to a sufficiently awful guy named Jack Duquesne. 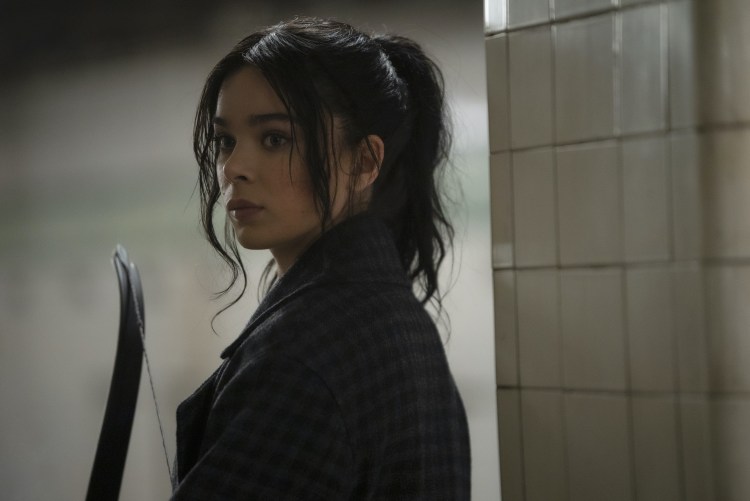 Also in town, Clint Barton (Jeremy Renner) is taking on the city with his three children, where they check out Rogers: The Musical, an Avengers-themed show on Broadway. Barton finds the performance tough to watch, turning off his hearing aids so that he doesn't have to listen. Eventually, he ends up walking out of the theater altogether because he just can't watch any longer.

After arriving at the auction, Bishop is able to sneak away from her mother to find out what's really happening at the event. However, she quickly finds herself in the middle of a conflict when she decides to impersonate a waiter, trying to get a good look at what's actually being sold at the top-secret, underground auction.

It turns out that they're selling objects from the Avengers Compound wreckage, with Ronin's retractable sword and—perhaps more importantly—Ronin's suit. But right as the suit is about to be auctioned off, a gang named the Tracksuits busts into the event with guns and start searching everyone for a specific watch to steal. Given that they're just looking for a watch, Bishop takes this as an opportunity to snatch the Ronin suit, which she quickly changes into. 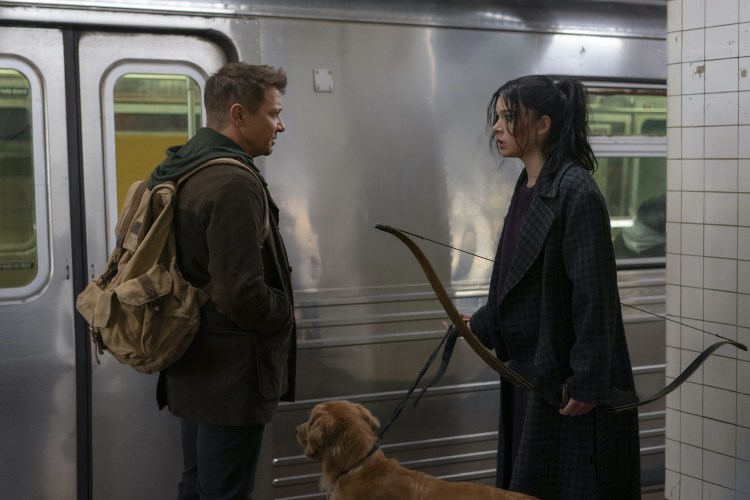 In an effort to save attendees from being shot (including Duquesne and his uncle, Armand), Bishop jumps into action, which ends up making her a target for the Tracksuits. They fight through the auction hall and although Bishop is able to finally escape, the remaining Tracksuits attempt to follow her through the streets of the city.

Back at his hotel room with his children, Barton catches a quick breaking news story on the television, giving a rundown of the events that occurred at auction along with a photo of what looks to him like Ronin. Given this, Bishop and Barton's worlds finally collide during a face-off later on that night between Bishop and the Tracksuits. At a pivotal point in the fight, Barton swings in as Hawkeye and is able to save Bishop from the gang. However, being that he thinks she's Ronin, he drags her to a nearby alley where she finally removes her mask.

Following that revelation, the next episode tracks Barton as he attempts to hide Bishop from the Tracksuits at her apartment. Although claiming to him that she hasn't shown her identity at any point, a Molotov cocktail comes crashing in through her window, which proves differently. Although the two are able to flee the scene uninjured, they were unable to take the Ronin suit with them, as it was caught in the middle of the fire.

In episode 3, which just dropped on December 1, the pair is held hostage at the Tracksuits' headquarters, which is under the leadership of Maya Lopez, a veteran fighter who is also deaf. This episode follows that situation along with a quick rewind about how Lopez got to being the head of the Tracksuits, all the way back from her upbringing to her current life.

As someone who simply assumed that Hawkeye would only be about its namesake character, Bishop's inclusion in the series was a welcome surprise, as she brings both wit and a fresh face to Marvel. So far, the series has checked off all the boxes of what one would expect from a Marvel series, with the added bonus of switching things up with Bishop. Although the series isn't as outwardly inventive as a show like WandaVision, it wasn't meant to be that way. And as a side, there is an incredible car chase scene in episode 3 that was shot in an incredible way, which could mean that more innovative approaches are coming soon.

Overall, Hawkeye is well-balanced: it leans on the action while weaving in a plot that's becoming more and more intricate with each episode. On top of that, Renner and Steinfeld are both giving outstanding performances, which is setting up the show to be an extremely exciting watch.