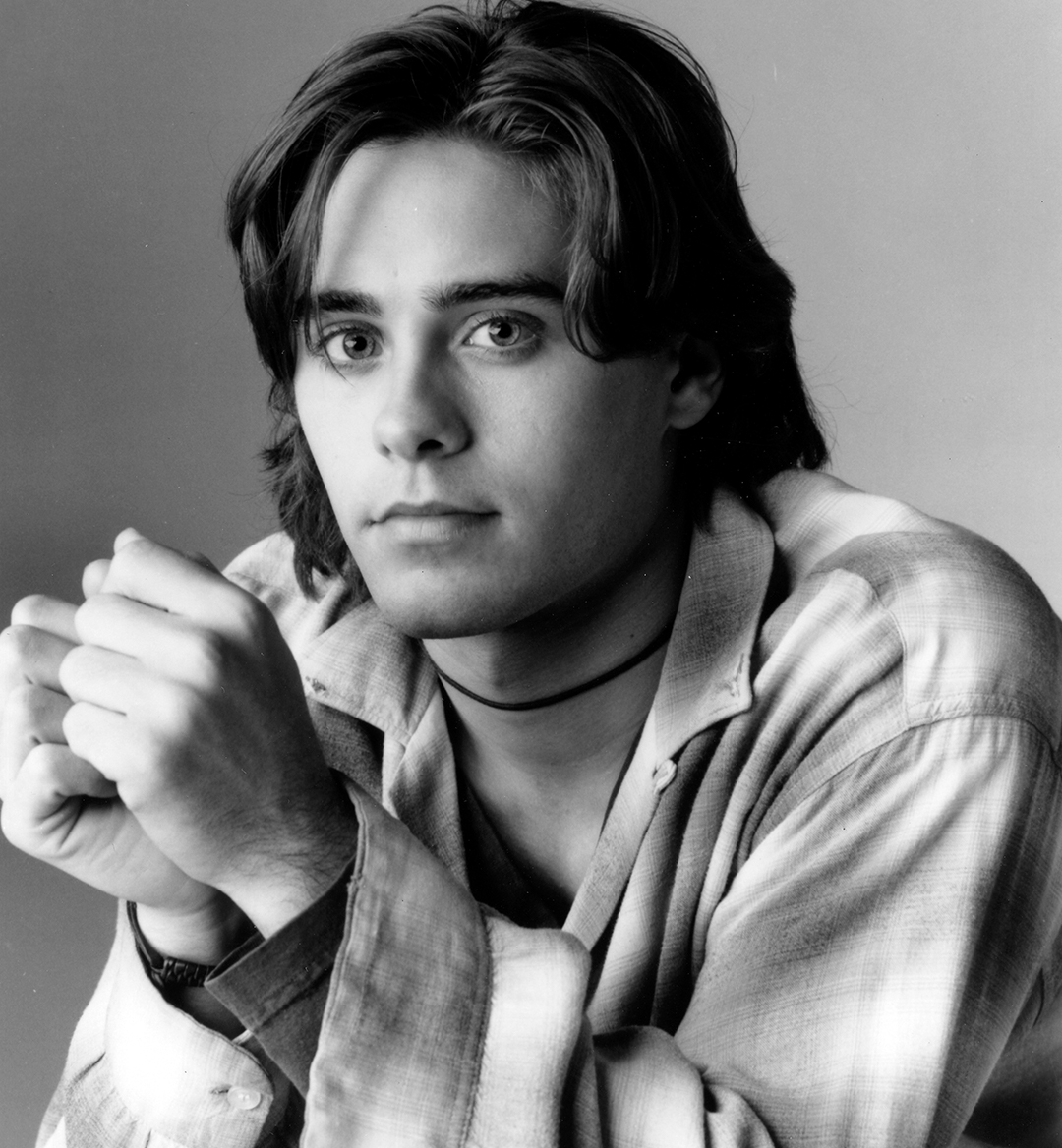 Jared Leto, the multi-hyphenate actor-singer-shoemaker, landed in Los Angeles in 1992 with nothing more than a backpack filled with $500 and big ideas. "I stayed at a shelter, so nobody handed me anything,” he once said. “I worked for every single thing that I have.”

The 30 Seconds to Mars frontman was born in Louisiana and pinballed around the country since his grandfather was in the Air Force. He grew up schlepping for spare cash. "My coolest job was when I was 12 years old and I was a dishwasher at the Three Pigs Bar-B-Que restaurant for $2.50 an hour,” he told Detour magazine in 1996. "All the fleabags and stoners worked there, so that's where I wanted to be.”

He studied filmmaking at the School of Visual Arts in New York, but dropped out after three years and made his way to Los Angeles. “I was studying to be a director, I figured that if I got a job as an actor, then that would help me get a job as a director,” he told FilmInk in 2014. “That was my big plan, but then you know what happened."

Once in the City of Angels, Leto “ended up sleeping on Venice Beach,” he told FilmInk. “But I was young and healthy, and I knew that it was just for a short period of time. I was intent on making a new life for myself. I ended up staying in a crack motel for a few nights, and later in a youth hostel; eventually, I got an apartment.”

The little motel I stayed at when I came to LA for the very first time ever. #NFTO #tbt pic.twitter.com/V34DHjI6tG

Leto began his career by making the rounds as a model, booking a commercial with Levi’s that left him with enough spare change to buy a red Isuzu Trooper with “a killer stereo from which he blasted assorted rap music,” Karen Bystedt writes in 'They Dared To Dream: Hollywood's "A" List Before They Were Stars.' He still wanted to be a director, but the acting jobs started piling up. Leto took a part in the 1992 TV series called Camp Wilder and in 1994 he broke through as pulse-quickening heartthrob Jordan Catalano on the teen-drama 'My So-Called Life.'

While he still has yet to direct a feature film, the successful thespian has bagged an Oscar for 2013’s 'Dallas Buyers Club' and is about to expand the Marvel Cinematic Universe with a role as Morbius, the Living Vampire. So, if you’ve got a spare $500 and a backpack to put it in, Leto would likely tell ya this: "You've got one life, live it. Follow your dreams, quit your job, drop out of school, tell your boyfriend that he's lousy and walk out the door. This is your time. This is your life. You know what? Dream as big as you want to, it's the cheapest thing you'll ever do."