Kelvin Harrison Jr. Is Having a "Supernova Year"

'The Photograph' actor talks about what he's learned from Octavia Spencer, Forest Whitaker and Lakeith Stanfield 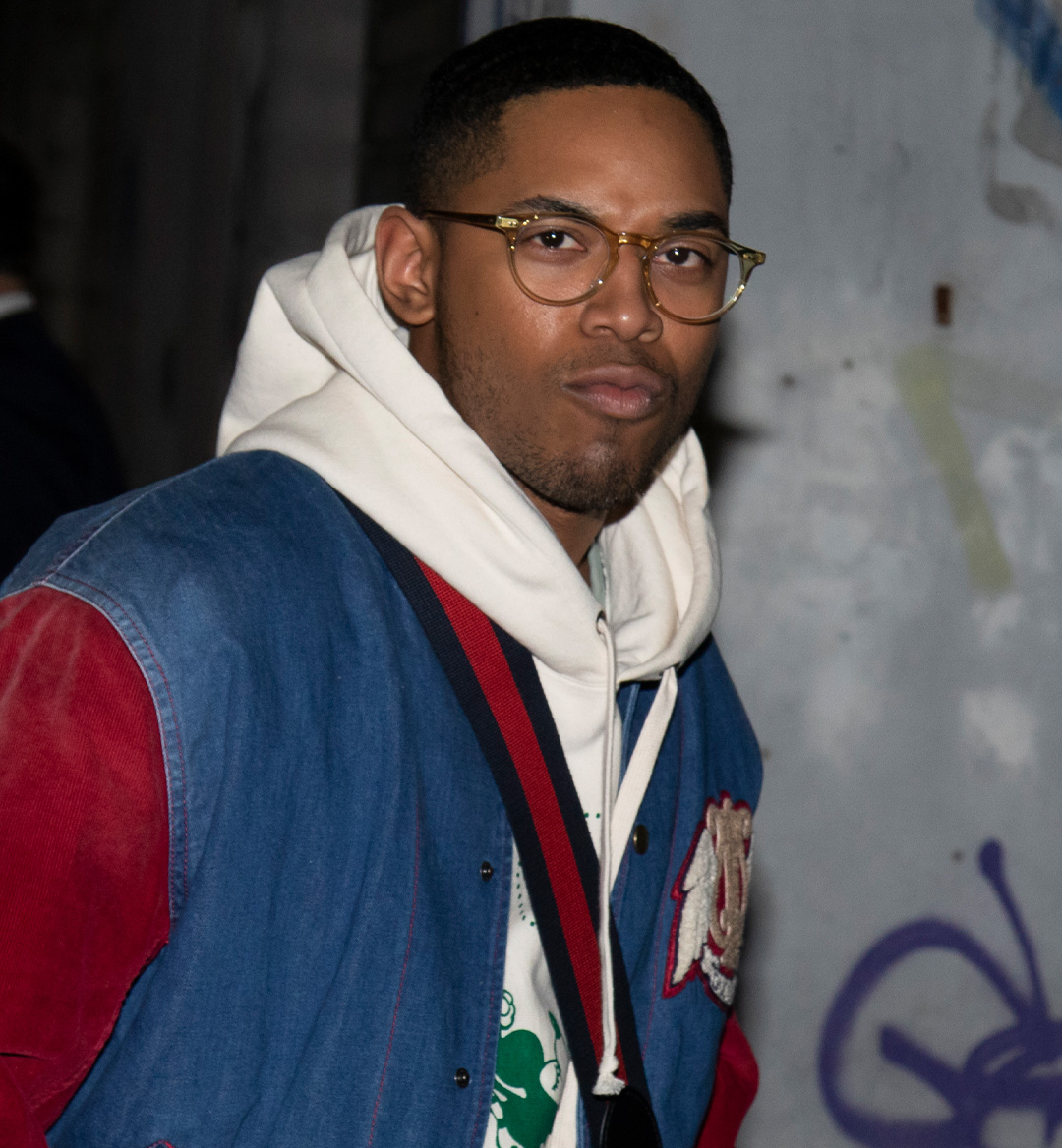 In 2019, Kelvin Harrison Jr. had what I call his “supernova year,” where his star expanded immensely as a result of a string of star-studded projects at a consistent enough pace to make it appear as if he exploded onto the scene.

In one year, the 25-year-old actor was a conniving teenager in Luce with Academy Award winner Octavia Spencer, an emotionally disturbed teenager embroiled in a domestic violence scandal in Waves with Golden Globe winner Sterling K. Brown, and ‘60s soul singer Teddy Greene fighting for his life against racism in the TV series Godfather of Harlem with Oscar winner Forest Whitaker. In the midst of all of that, he filmed The Photograph, which is now in theaters, with Lakeith Stanfield and Issa Rae.

The Photograph is a romance film starring Stanfield as Michael Block, a journalist for The Republic writing a story about a lost love between a man and a woman that ends up being the mother of Mae, played deftly by Issa Rae. Harrison plays Andre, an intern at The Republic who acts as both comedic relief and a sign of Michael’s empathetic side. The film was directed and written by Stella Meghie, a Black woman director with a penchant for authentic portrayal of Blackness, having directed for BET+’s all-Black cast of First Wives Club, Rae’s HBO show Insecure and now the first Black romance film of the 2020s.

“What I always appreciated about Stella is, I think Lakeith and Isha truly represent the new age of fully realized of what Black people feel like,” Harrison told ONE37pm. “Before I started, I watched Insecure and binged it all, so I was kind of like, ‘Oh my god, this feels so familiar. This feels like my ex-girlfriend. This feels like my buddy. This feels like the conversations and the jokes that we have.’ To see that in a romantic context is exciting.”

ONE37pm spoke with the budding actor before The Photograph opened in theaters to discuss which figure in Black history he’d most want to portray in a film, what he learned from all the award-winning Black actors he worked with in 2019 and what’s it like being in the recording studio with Forest Whitaker. 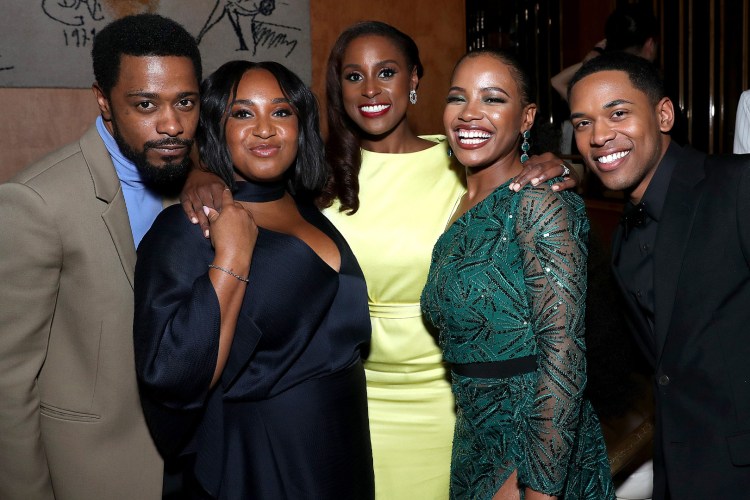 ONE37pm: In the film, most of your scenes were with Lakeith. What did you learn from him on set?

Kelvin Harrison Jr.: What’s so cool about Lakeith is he’s constantly discovering something new in every moment. So, I feel like when you’re in the moment, the characters just keep evolving. He’s so great with improv and coming up with cool jokes and he’s really transformative, as well. To see him take on this very slick, cool kind of big brother-type vibe was fun for me. I learned how to play more and not be so stuck in my head about things.

Is there a moment or a scene that he improvised that sticks out to you?

Harrison: We did this scene in the office, and I can’t really remember exactly because it was a year ago (laughs). But, I remember at every tail-end of the scene there would be different things he would say to me. I don’t remember the context of the scene anymore, but every day was like that.

You’ve been in mostly dramatic roles, but most of your work in The Photograph is comedic. How was that adaptation?

Harrison: It was something I was kind of scared of because I had never done it before and originally I told Stella I wanted Y’Lan’s [Noel] role because I know how to do that. She was like, "Baby, you were too much of a baby, so you can’t play that part." So, it was kind of a challenge because I think everyone was like, "Can he do this? He’s never done this before." But, I think Stella helped me just have fun and see what happens. The prep was the same way. I was like, "Where am I?" I’m this kid who’s an intern who’s coming into New York to have this really great job with this dude that he respects. He’s kind of awkward, but he’s coming of age. He’s just turned 25, so he’s feeling himself. 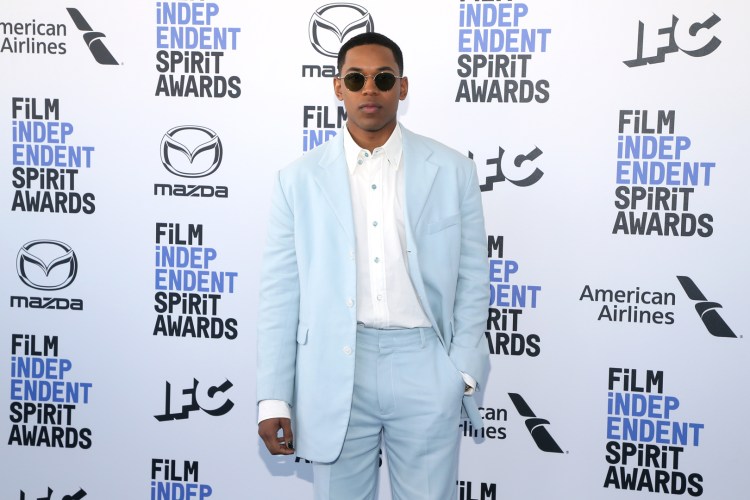 Let me just say it now. You as Teddy Green was one of the three best performances of Godfather of Harlem. First was Forest Whitaker being number one and Giancarlo Esposito as Adam Clayton Powell tied with Nigel Thatch as Malcolm X for number two. What did you learn from any of these legends on set?

Harrison: I didn’t get many scenes with Forest, but I got to see his work ethic and approach to collaboration. Most of my time with Forest was probably in the studio because he would come by while I was recording the songs and he would break down the lyrics like we would a scene. It reminded me what we do goes into every aspect of the process.

Forest has said he was also in the studio with Swizz Beatz and other artists on the soundtrack like Rick Ross. What notes did he give you on your songs?

Harrison: It was about finding dynamic and finding the tension and conflict in it. I think what Teddy is going through is also trying to find his voice as a musician at a time where they were asking a very specific thing of him. They wanted him to fit in this box of what it meant to be an artist. So, Forest was like, "Find that in the song. If you’re singing 'dilly dally,' where’s that in your tonality? Where’s the bite in your tonality? Even though we’re trying to explain the juxtaposition of this lightness and la-di-da nature and the struggle." It was always trying to overcome something and reach a new destination and a new height. I think that’s what we’re always trying to do in every scene.

Your best role I’ve ever seen you in, by far, is last year’s Luce. Unlike with Forest, you had a few scenes with Octavia. What did you learn from her?

Harrison: She told me to take as much space as I possibly can. She was like, "Don’t be so afraid of letting your light shine." I think so often I kind of crawled into a hole and being scared to be pressed and be seen. I was thinking I wasn’t deserving of being there. She was like, "Whatever you need, take up as much space as possible." Even if that meant using my voice or using my imagination and my ideas. My collaboration was actually a contribution to the movie. As a young actor, it’s hard when you walk onto set and Octavia’s there and Naomi Watts is there. I also worked with Sterling K. Brown. You get nervous and diminish yourself. But you’re supposed to be here, and they’re your peers. 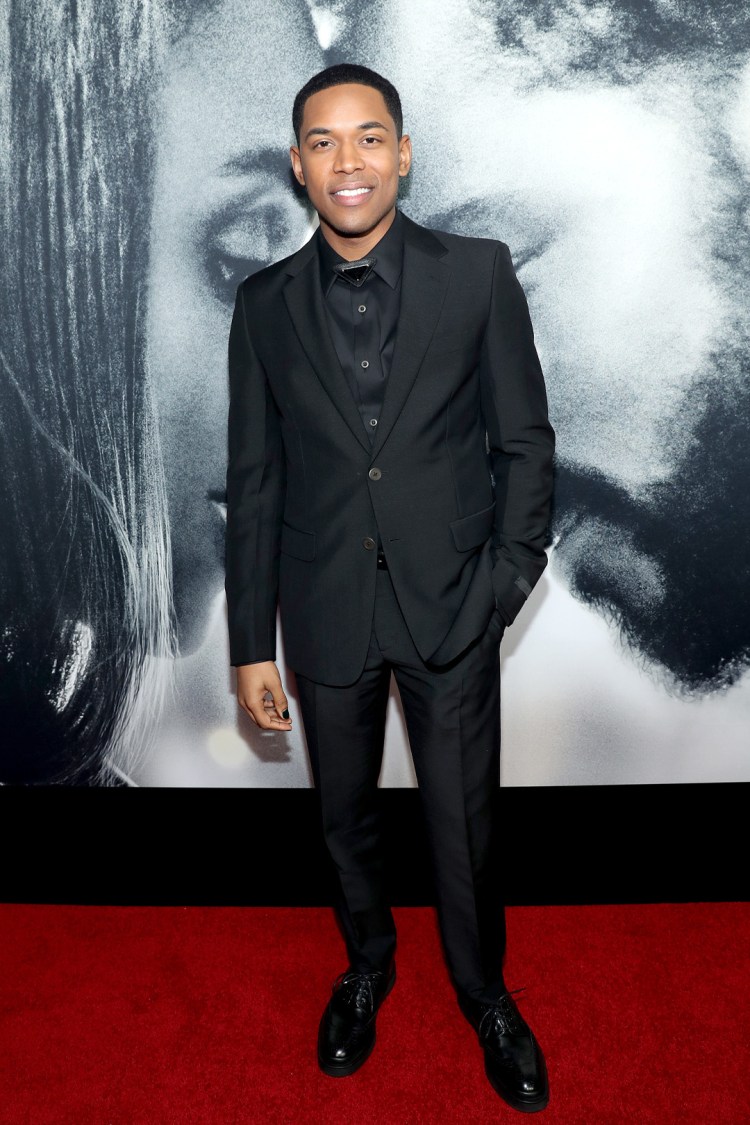 It’s Black History Month. Who is a Black person in history you’d love to portray in a film?

Harrison: I just heard about this guy named Chevalier [de Saint-Georges] who was a violinist in the [18th century]. He was the child of a slave owner and he found a way to be an incredible musician and led operas. I thought that was a fascinating story. I started off playing the violin—that was my first instrument. Then I went on to play the piano and trumpet. My dad is a classically trained saxophonist. He was 25 or 26 when he was doing all of this stuff. It sounded like an interesting story, and it seems like it’d have sick violin battles.

Harrison: I read a script recently that wasn’t necessarily written specifically for a Black person, but I  think that was the key to it. It was written for a human being. It was seeing a young dude who didn’t necessarily have to be the strong or heroic archetype but also wasn’t this meek and mild type either. It was cool to see a health dynamic of someone who can be a protector, strength and force, but can also be mild-mannered and a supporter of his strong female counterpart. I think we’re getting more nuanced every day, but there are more layers we can play around with and discover.