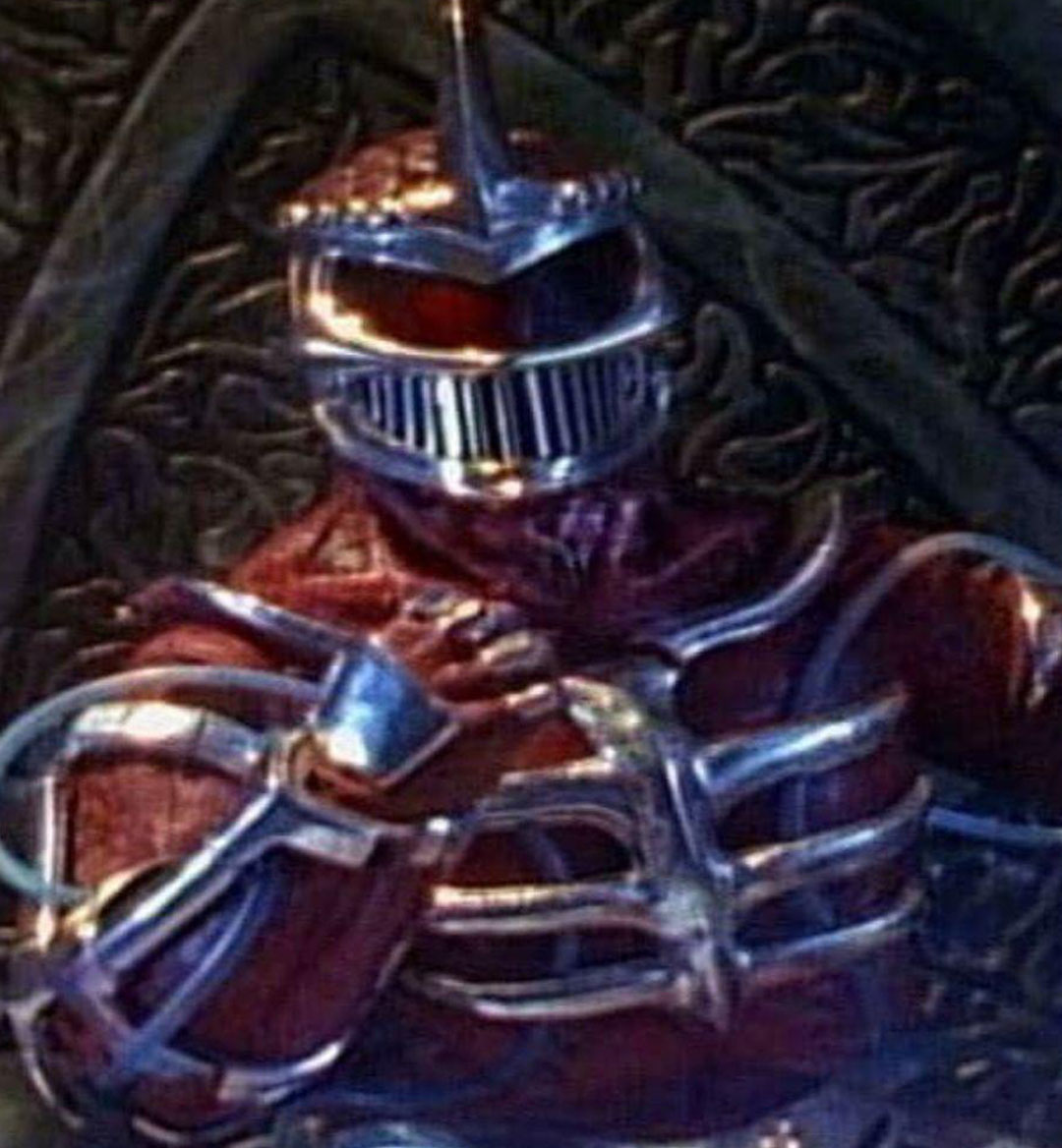 It takes a hell of a lot to have decades in the game and be a respected franchise when it comes to kids’ entertainment, but that’s exactly what Power Rangers has done. Since its inception in the mid-1990s, the series has stuck around year after year on television network after television network and generation after generation. If you want a full recap of the series, check out our piece here.

Of course, the Power Rangers wouldn’t be who they were if they didn’t have some worthy competition to fight. Below, we’ve made a list of the 25 best Power Rangers villains, in order. 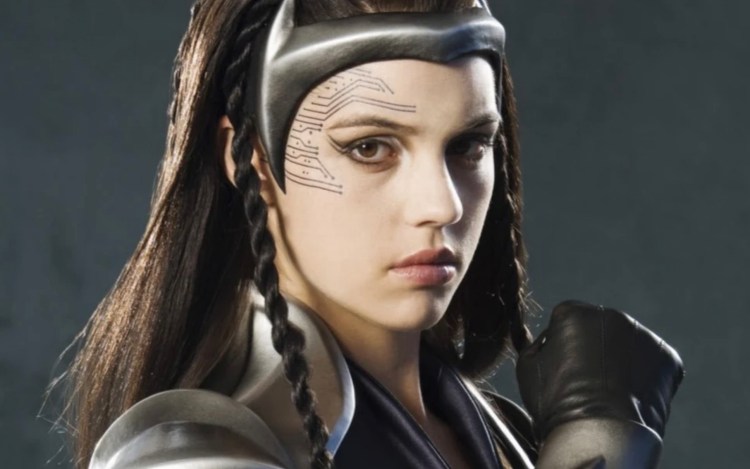 Appearing in RPM, Tenaya 7 (later known as Tenaya 15) was an average human until Venjix, the virus that appears much higher up on this list, turned her into a human-robot-hybrid, whilst still looking like a human the entire time. Even when the Rangers had their weapons, she was able to out-fight them. 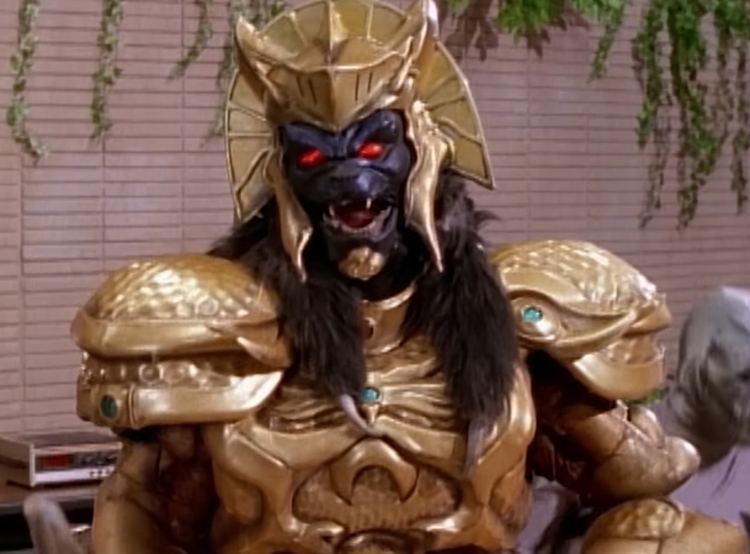 Goldar’s character ended up going left which is why he isn’t higher on his list, but in his heyday, he was the man. Easily the most powerful of Rita Repulsa and Lord Zedd’s Evil Space Aliens, Goldar could take it as well as he could give it, being able to resist multiple Megazord attacks. 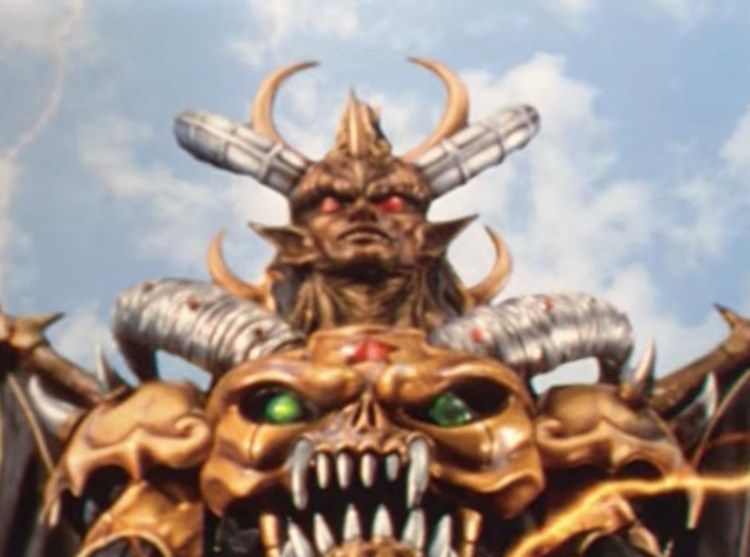 Diabolico was the main enemy for a while in Lightspeed Rescue before Queen Bansheera returned. She granted him extra powers which made him a formidable opponent for the Rangers. He even was there in spiritual form when he had been locked up. 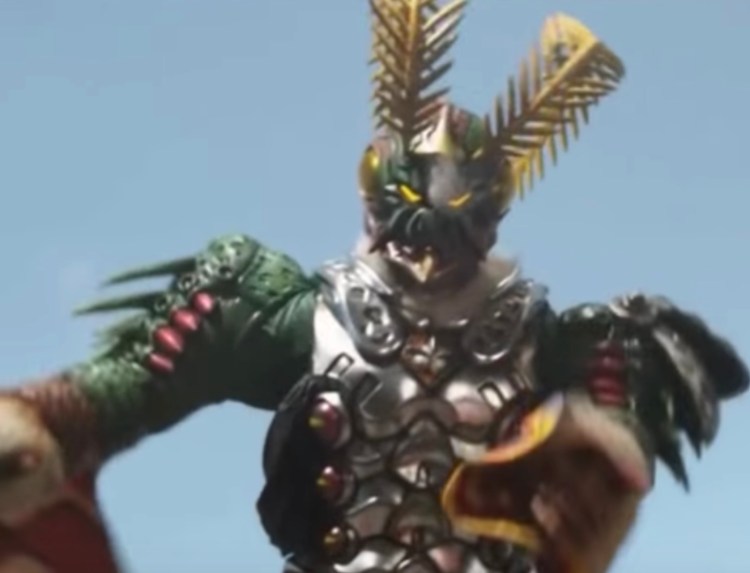 The leader of the Warstar, Admiral Malkor was the secondary antagonist in Power Rangers Megaforce. He’s on this list because of how he brings the Armada to Earth, which means that all classic Power Rangers must come together for the win. 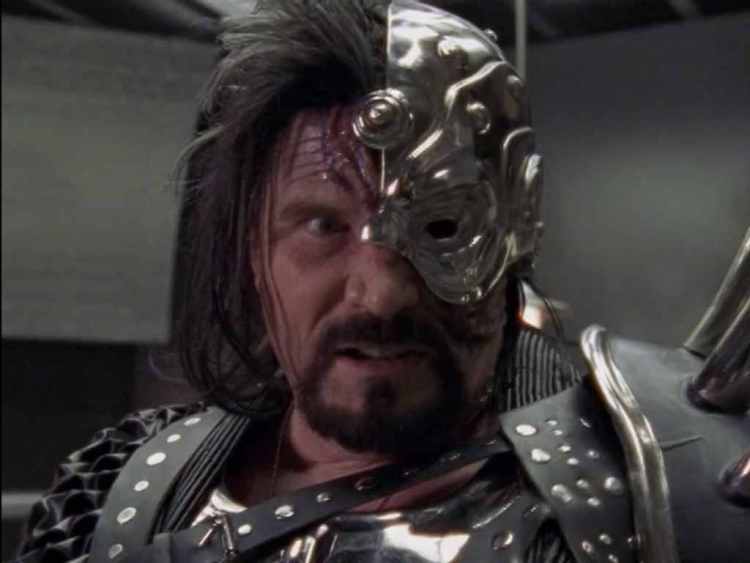 One of the most ambitious Power Rangers villains of all time, Ransik travelled back from the year 3000 to 2001 (when Time Force aired) to defeat those specific Rangers. He’s the most powerful Mutant that exists and, spoiler alert, turned a new leaf by the end of the series. 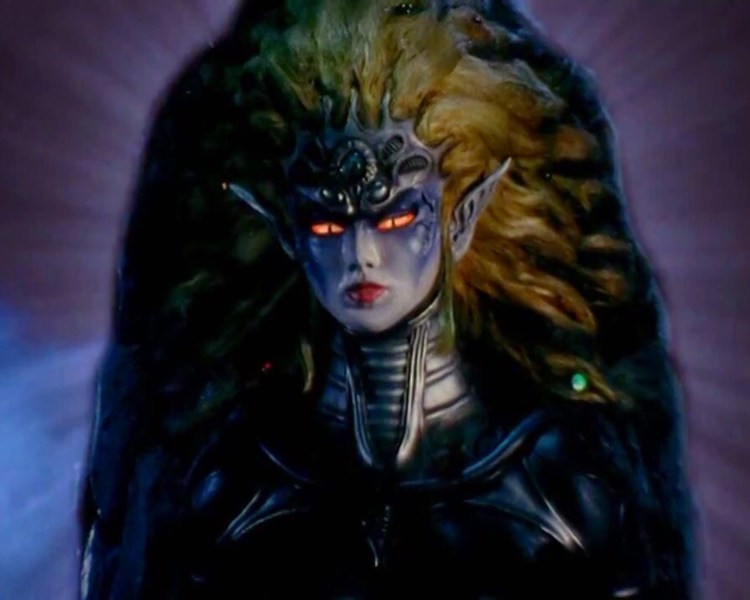 Easily one of the more ruthless Power Rangers villains ever, Queen Bansheera was not unwilling to sacrifice her own son for her goals. She was also an unbelievable strategist when it came to putting her minions out to battle. 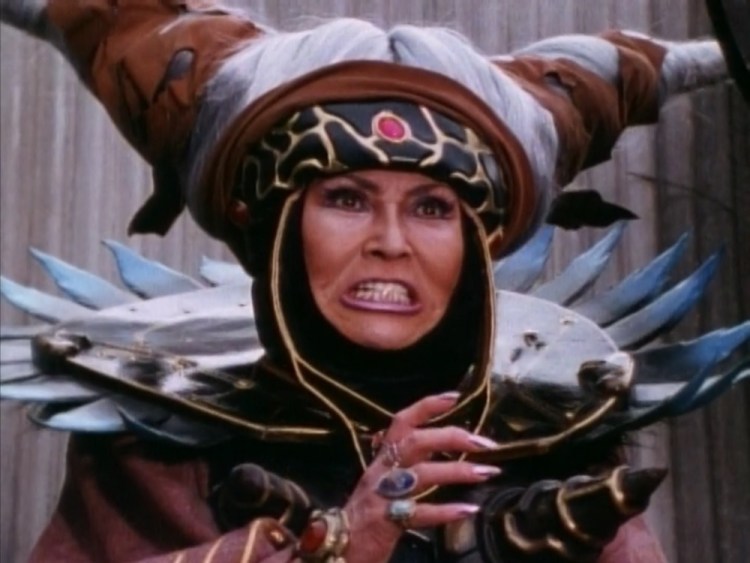 Rita Repulsa is arguably the most infamous of the Power Rangers villains, being the longest-lasting in franchise history, appearing in multiple different seasons. While you could discredit some of her individual powers, that takes something special. 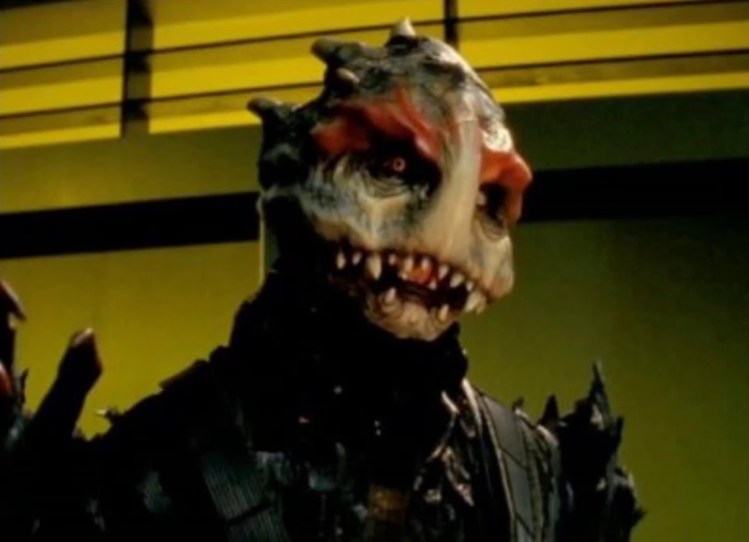 Wanting to return the world to a pre-historic era, Mesogog was the extremely powerful villain in Power Rangers Dino Thunder that could be much higher on this list if it were not for his human side, the scientist Anton Mercer, taking over at crucial times. 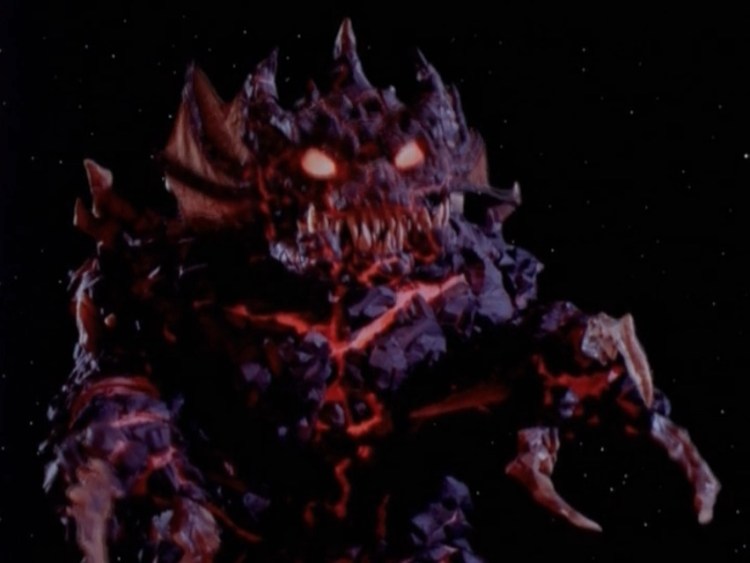 Dark Specter doesn’t get enough credit for his villainous ways. He pulled strings, bringing back many old villains and getting them to do the dirty work. There’s value in that. In the end, it took an attack with the ability to wipe out the entire planet just to destroy him. 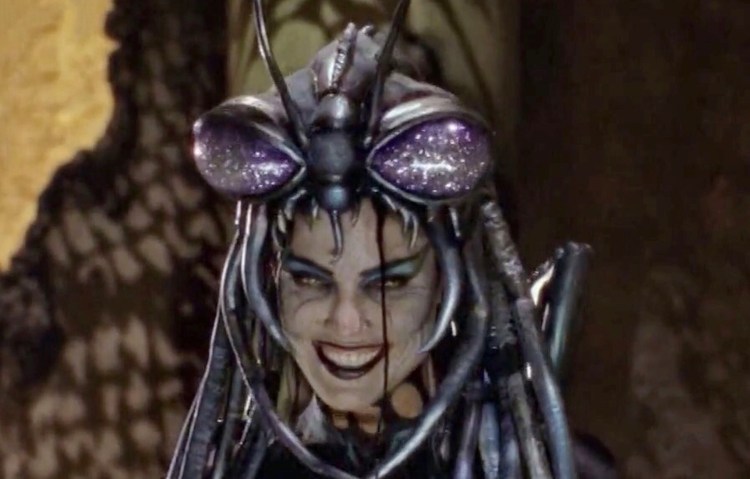 The main villain from Power Rangers Lost Galaxy, Trakeena proved to be even more evil than her father Scorpius, which is quite the feat. She went out of her way to make her own plans to defeat the Rangers and almost succeeded, which is why she returned in Lightspeed Rescue. 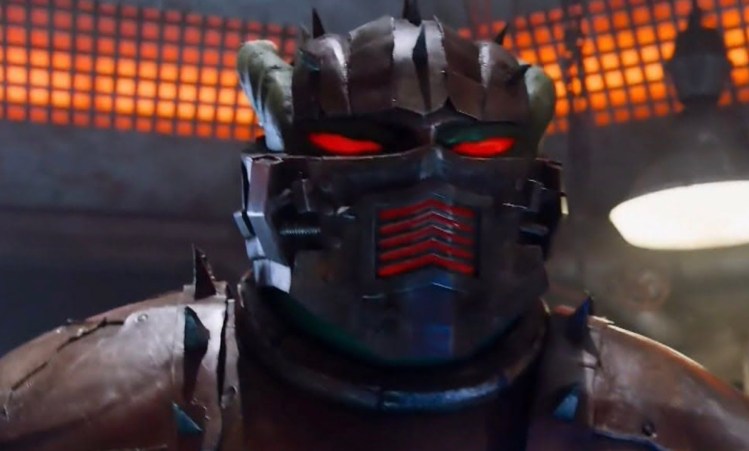 Sledge deserves respect for the vast amount of enemies he led after capturing them through his bounty hunting, if nothing else. His quest for the Energems put him on the Rangers’ radar in Dino Charge and perhaps he would have gotten them if not for them. 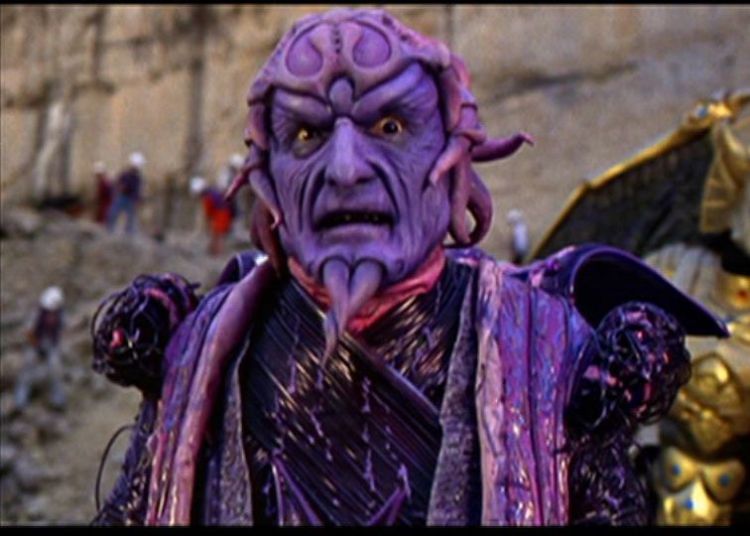 Appearing in the Mighty Morphin movie, Ivan Ooze deserves a spot on this list over some main antagonists in the Power Rangers series because he achieved something massive in such a short time. He stripped the Rangers of their powers relatively quickly. It took Rita Repulsa multiple seasons to do this. 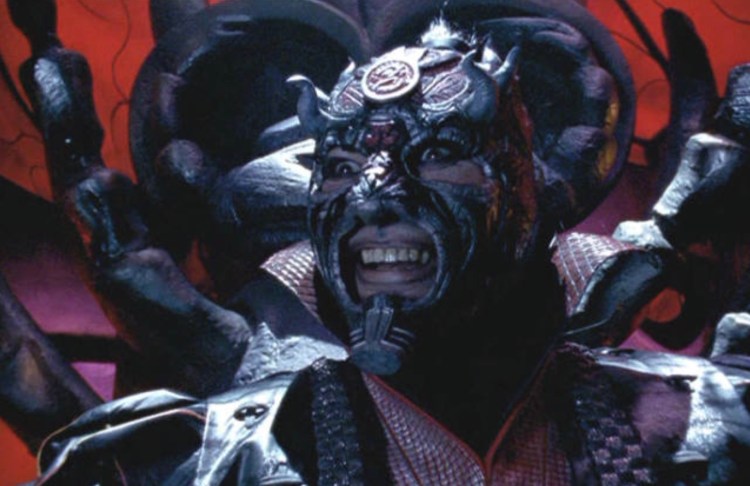 Lothor gets looked down upon some in the Power Rangers fandom because of the comedic element in his personality, but, admittedly being biased because I watched Ninja Storm as a child, I loved it. He also failed due to his team and not the Rangers, which counts for something. 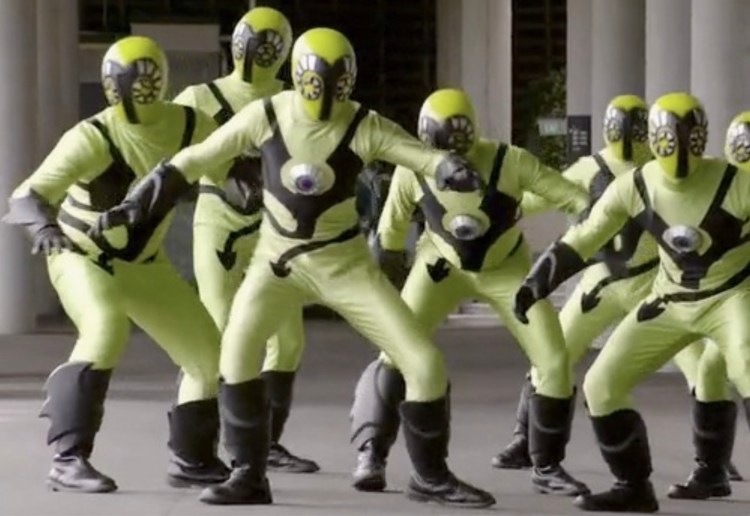 Consisting of an innumerable amount of Insectoids, Warstar deserves a spot on this list separately from Vrak and Admiral Malkor due to its sheer size. Individually, Insectoids weren’t special and posed no extra threat to the Power Rangers, but together, they were greater than the sum of their parts. 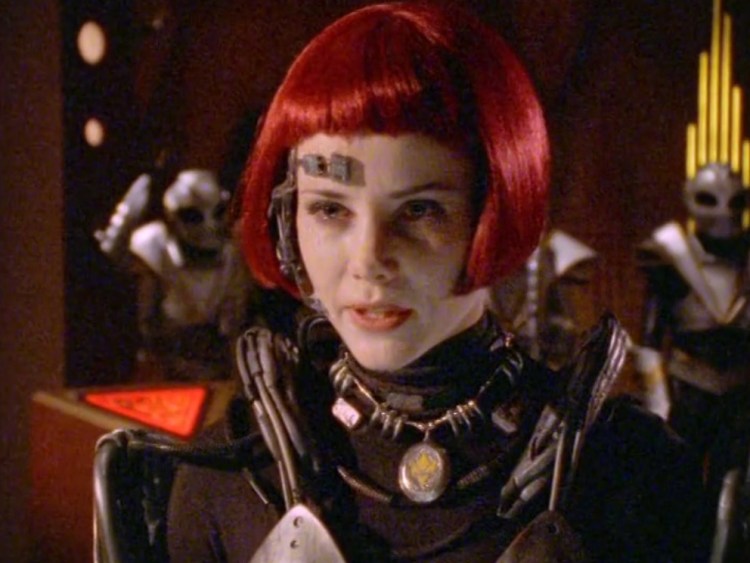 Dark Specter’s protégé, Astonema was also the sister of the Red Ranger. Whenever there’s a family collection between the Rangers and their enemy, like the aforementioned Lothor being a Ranger’s uncle, it makes things all the more tense. She almost took over the galaxy too. 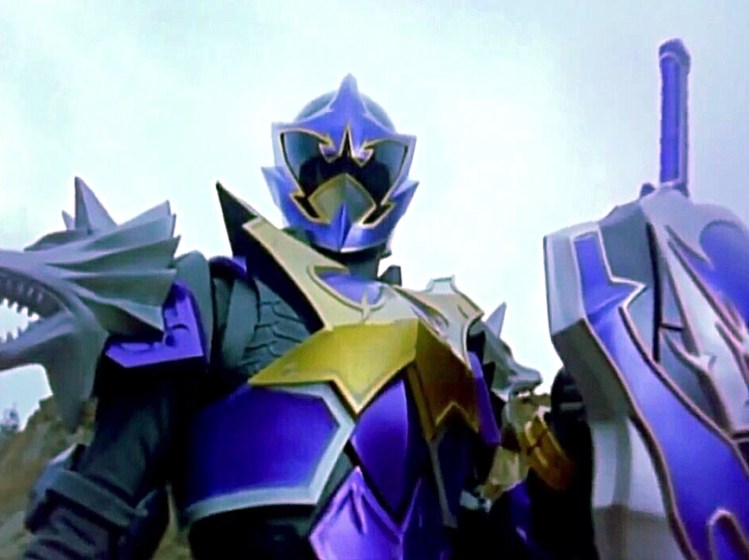 Created by Octomus The Master, Koragg was used by harnessing the powers of Leanbow, a warrior who sacrificed himself two decades before the events of Mystic Force. This ended up costing him in the long run, thinking too much about honour in battle. 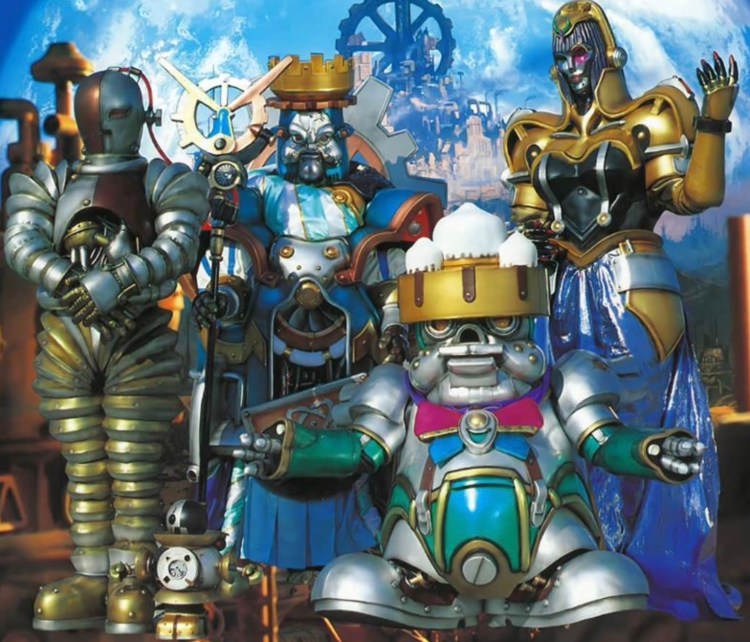 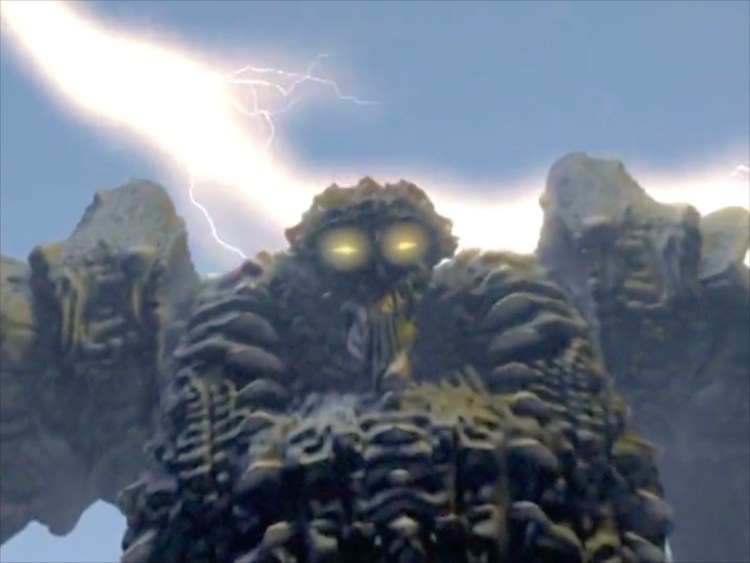 For the length of SPD, Omni The Magnificence seemed invincible. So how did it get defeated, you might ask? Anubis Cruger, the season’s Shadow Ranger, accidentally ended up inside him, thus opening up a chink in his armour for the Rangers to exploit. 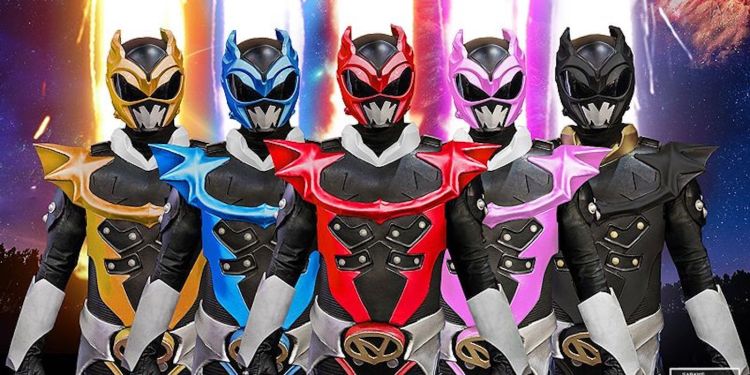 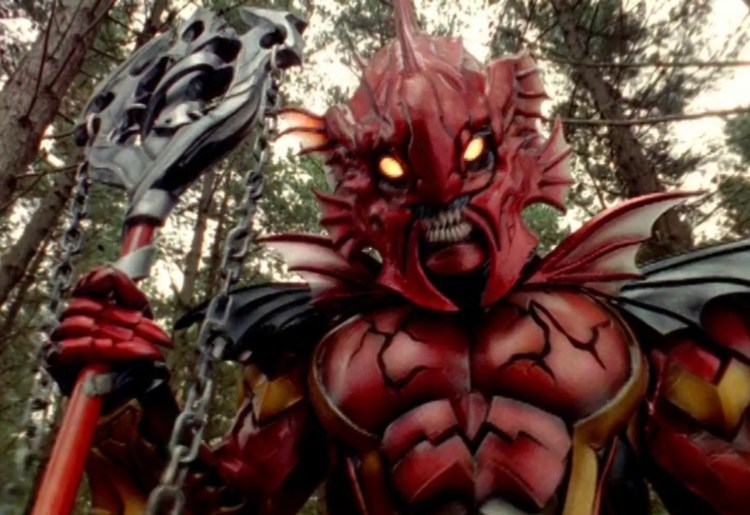 The main enemy from Mystic Force, Octomus is one of the scariest looking villains in the entire series. A demonic presence that hangs over the entire season, The Master rules over all villains and had he not underestimated the Rangers when he came to Earth, who knows what could have happened? 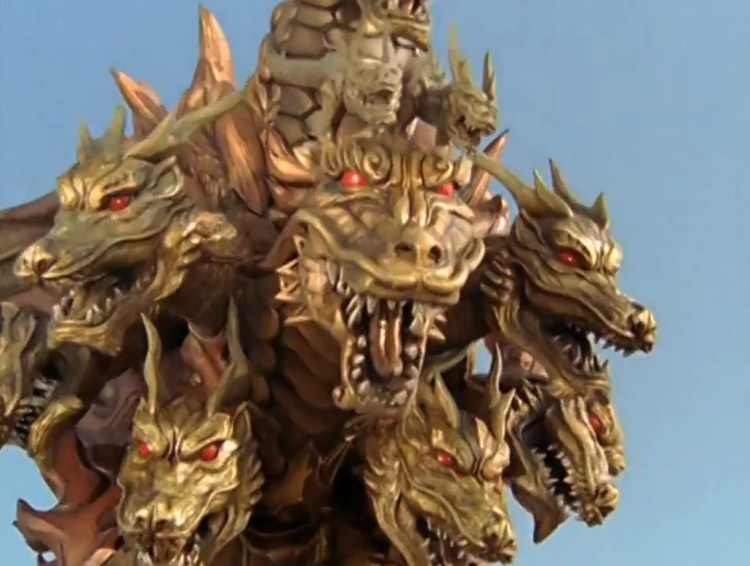 An evil eight-headed dragon from Jungle Fury? Sign us up. Like a few villains on this list, especially higher up, Dai Shi was near invincible when it came to being able to resist attacks. It was Jarrod’s own doing that defeated him. 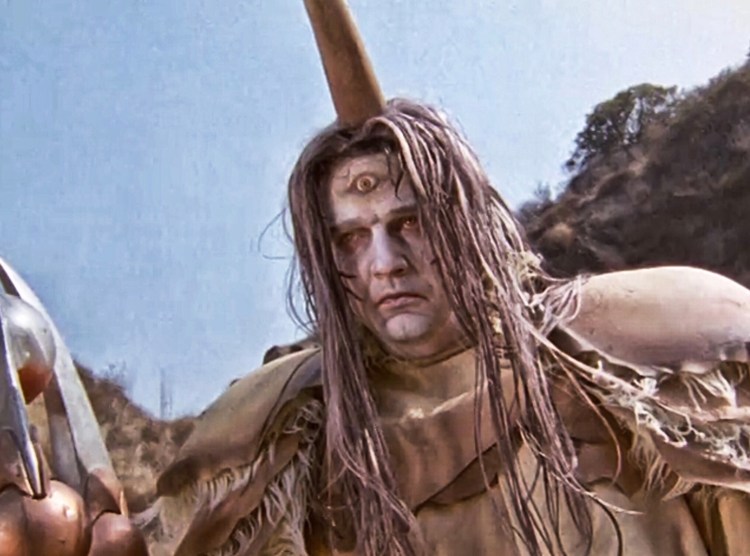 There’s something poetic to the fact that of all of the villains in Power Rangers, whether they’re Insectoids, Aliens or Machines, a human is one of the more cunning and vicious. Master Org’s looks were deceiving, because he looked like a sickly old man, but had the fury of any of the villains on this list. 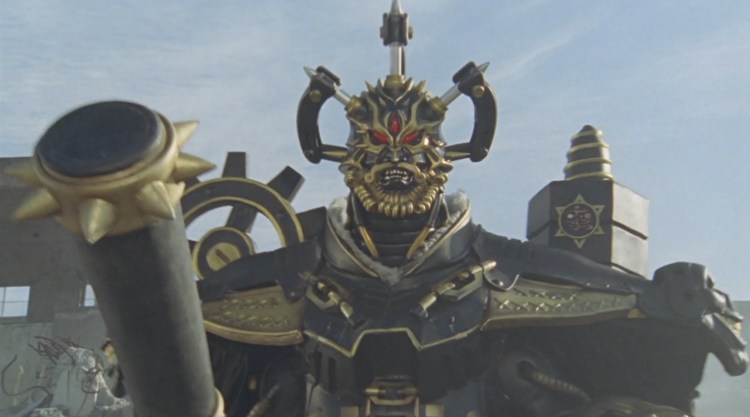 Just like we now know all too well how a virus can adapt and mutant, Venjix, the computer virus, could be defeated, only to come back stronger in that area. Its scope on the franchise was vast, with entires countries bombed to shreds. 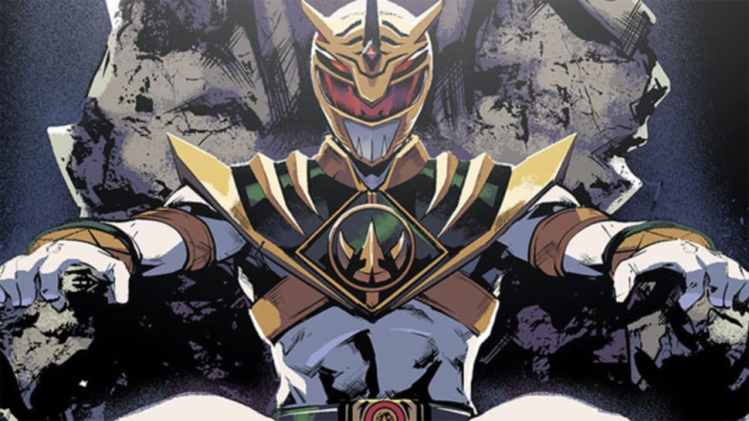 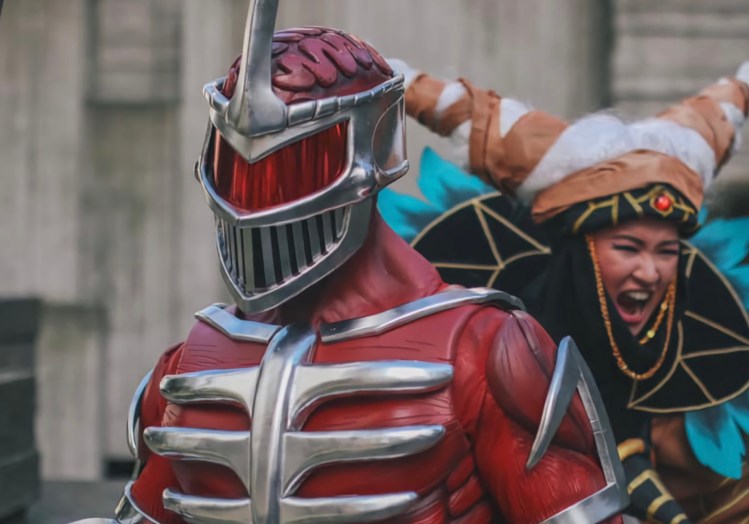 Lord Zedd was such a fearsome force in Power Rangers that parents notably complained enough for writers of the show to soften him up. Rita Repulsa was even scared of him banishing her because he was more powerful in just about every aspect. He went one-on-one with the White Ranger and lost by a hair.