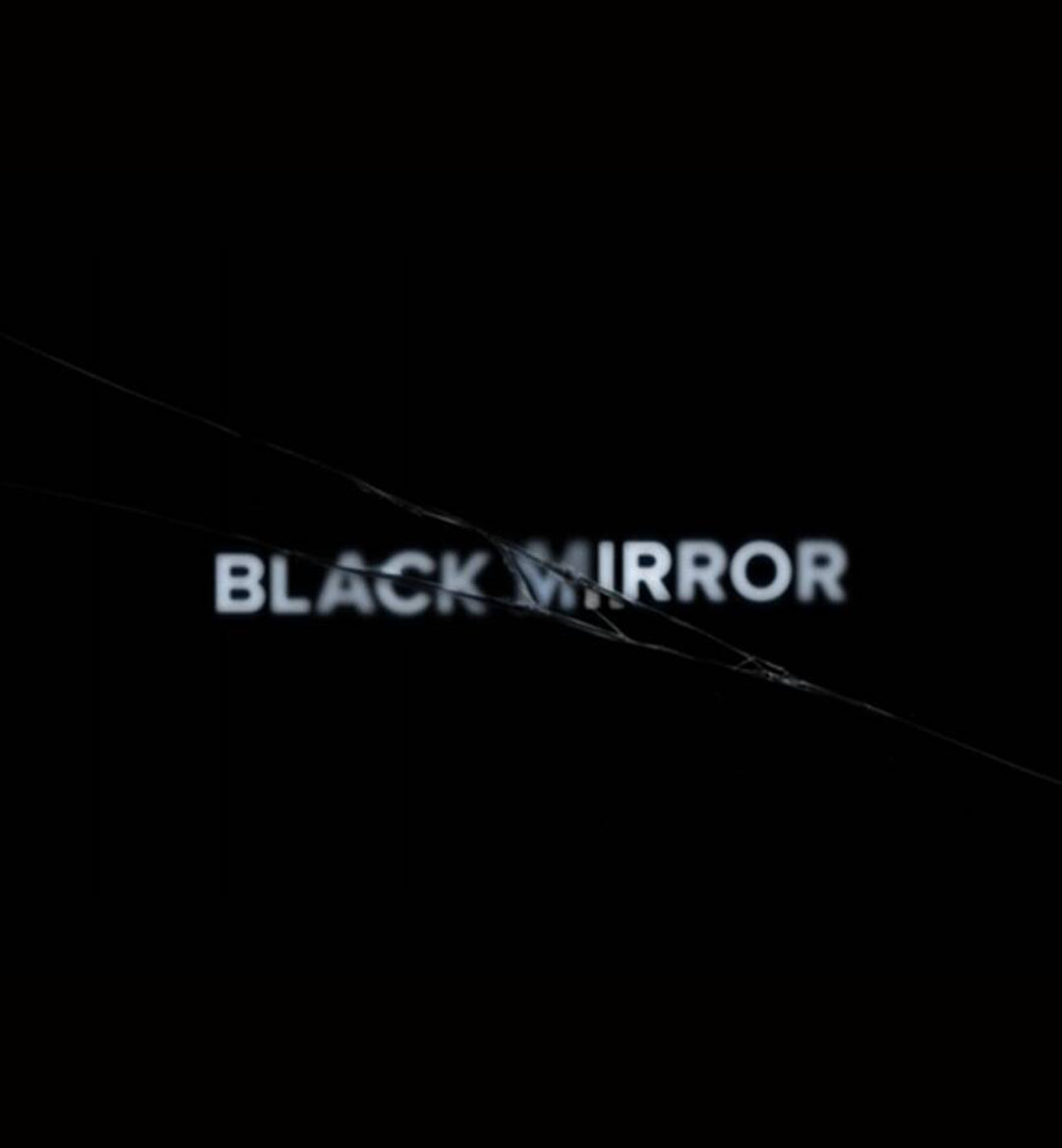 Fans were expecting the next season of Netflix's original show Black Mirror to premiere last month, which would have been two years from the previous season premiere in June of 2019. However, it was not to be.

If you’re sick of watching the show on repeat but want something in the same vein, we’re here to help you out. Below is a list of 16 shows like Black Mirror. Some of them are similar because of the way technology is utilized, some of them because of the less specific storylines about government conspiracies. Either way, there should be something for you on here.

Created by Laeta Kalogridis, Altered Carbon is a cyberpunk series that debuted in 2018. It’s based on the 2002 novel by Richard K. Morgan. The series starts out in 2384 in a world where consciousness can be transferred from body to body. It essentially explores the complications of this and does so well with a murder plot through it all. Both critics and fans felt like the second season benefitted from the setup of the first, so stick with it.

If you’re a fan of Z Nation, this one feels like a mix of that and Black Mirror. Black Summer is actually made by The Asylum, the same people who made Z Nation. What this show does is take the cliché zombie apocalypse that has been done to death and give viewers a look into aspects that have never been considered in the genre. Karl Schaefer, one of the creators, has stated that the first season’s 8 episodes are less so episodes and more so an 8-hour “chunk” to work through. While that might sound unappealing, it was done so the show would be perfect to binge.

Black Mirror is created by Charlie Brooker, as is Dead Set. Dead Set was actually his first scripted show, so it’s must-see television for Black Mirror fans. Big Brother is a worldwide show, but it’s a big deal in the UK. Dead Set is actually set on the set of Big Brother, but a zombie apocalypse breaks out, which should make the name make more sense for you. Just like Black Summer, the cliché is revamped in a refreshing way here. The show originally aired in 2008, right after a series of Big Brother ended.

Like Black Mirror, Electric Dreams is a series that consists of multiple standalone episodes. They’re based on some of the short stories of Philip K. Dick, the legendary late sci-fi writer. If you’re familiar with any of his work, you already have a good understanding of what you’re in for here. The themes explored include artificial intelligence, relationships, and discrimination many of them are dystopian like what you find with Black Mirror, with a hint of optimism about things.

Humans is a British series written by Sam Vincent and Jonathan Brackley. Based on the Swedish show Real Humans, the sci-fi series explores the pros and cons of living in a world full of life-like, anthropomorphic robots, some of which even have ‘consciousness’. The consequences of such a world that are depicted in the show only become scarier when you realize that these kinds of robots, called Synths in the show, look like they’re going to be a part of our future whether we like it or not.

Most of the shows on this list are here because they depict dystopias, explore scenarios in which the use of technology gets pushed to its limits or contain themes like relationships. Inside No. 9 doesn’t necessarily boast any of those, but it is arguably perfect for fans of Black Mirror. That’s because it’s British, it contains a lot of the same dark humor as in Black Mirror and it has a similar gloomy vibe to it that will feel homely if you’re British. It is an anthology series and the link between all stories is the number 9.

The title of this series alone should tell you all need to know about why fans of Black Mirror might be attracted to it. Another similarity is that it’s anthological, meaning that all episodes are standalone. If you loved that about Black Mirror because it meant that you could watch for an hour and be done, this might suit you even more because all of the episodes are 6-18 minutes. The key difference is that this show is animated, but it’s adult animation and doesn’t take away from the seriousness of the show.

This show has both a cult following and widespread critical acclaim. Its first season especially is one of the best seasons of any show ever. Starring Rami Malek and Christian Slater, the show is about a group called fsociety whose goal is to destroy all debt records of E Corp, a fictional company that is as big as Google or Apple. If any of Black Mirror’s famous episodes about the exploitation of technology appealed to you, this one is perfect for you.

Just like the link between the episodes on the aforementioned Inside No. 9 is the number 9, Room 104 is an anthological series with one link between them – the same motel room. It is a look at the different kinds of guests that stay there. The HBO series boasts episodes that all offer something different, just like Black Mirror. The concept of standalone episodes shines bright here, with each short and sweet episode truly feeling like its own adventure that will have you on the edge of your seat.

Easily one of the biggest names on this list, if you’ve seen both Black Mirror and Stranger Things, perhaps you’re struggling to understand why the two are similar and why fans of the former would like the latter. If so, you’re probably forgetting the government conspiracy plot that lies underneath the main storylines the entire time. It’s not that it’s ambiguous and intentionally hidden the entire time, but other aspects of the show are so great that they can get overlooked. It looks like we could get more of that plot in the fourth season, which we’re impatiently waiting for.

Based on the art book by Swedish artist Simon Sålenhag, Tales From The Loop is a sci-fi drama TV series that debuted last year at the top of the pandemic. A fictional town in the state of Ohio called Mercer is home to an underground lab which is named The Loop. It practices experimental physics, which explains the themes of time displacement and the exchanging of bodies in the series. It’s not anthological, but each episode is directed by someone different, including the finale by Jodie Foster.

If dystopia is what you’re looking for in your post-Black Mirror TV viewing, look no further than The Handmaid’s Tale. Based on the 1985 novel written by Margaret Atwood, it is created by Bruce Miller and set after a U.S. Civil War. In charge is a totalitarian regime that forces all fertile women into slavery and having babies with their wealthy owners. Elizabeth Moss plays the main role as June and she has been told that despite the incredibly negative premise around the show, she gets approached by fans saying it gives them strength and bravery.

Originally airing in the early 1960s, it’s undebatable that this show was ahead of its time, not just for its predictions about technology, but its format. Just like Black Mirror, episodes here are self-contained. Not only will the overall feel of the show be familiar to fans of Charlie Brooker’s series, but specific episodes of The Outer Limits will remind you of specific episodes of Black Mirror, largely as a result of its direct or indirect influence. The great news about this is if you’re a fan, it got rebooted in the 90s and another reboot is supposedly in the works.

Your parents might remember the original version of this show, but for this list, in particular, it’s best to go for the 2019 reboot which was directed by Jordan Peele. It does a great job of bringing the show to the 21stcentury and putting the spotlight on social commentary and plot twists, which is what suits it better for this list than Rod Sterling’s original series. If you’re as big of a fan as I am of Peele’s recent work in Get Out and Us, you know that this is must-watch stuff.

One of the more obvious choices on this list, Westworld deals explicitly with technology and the control it can have over us. The show is set at a theme park whose theme is the Old West, but it is helped along by android hosts. When humans realize they don’t have to hide anything from the robots who are programmed to not harm them, things get interesting.

You hardly feels like a Black Mirror clone or successor in terms of its content or ideas, but there are some great similarities and the overall tone of it will give viewers the same feel. It follows Joe Goldberg, a man who would seem like a charming man to the average stranger. His history tells a different tale, though. When he falls in love with a woman, he stalks her social media, plays on her interests to get with her, and will do just about anything to make her fall for him. A few episodes will have you rethinking how social media plays a role in your life, but there’s much more to it than that. We can’t wait for season 3.

Watch now on Netflix
Slide 1 of 3
Did you like this article?