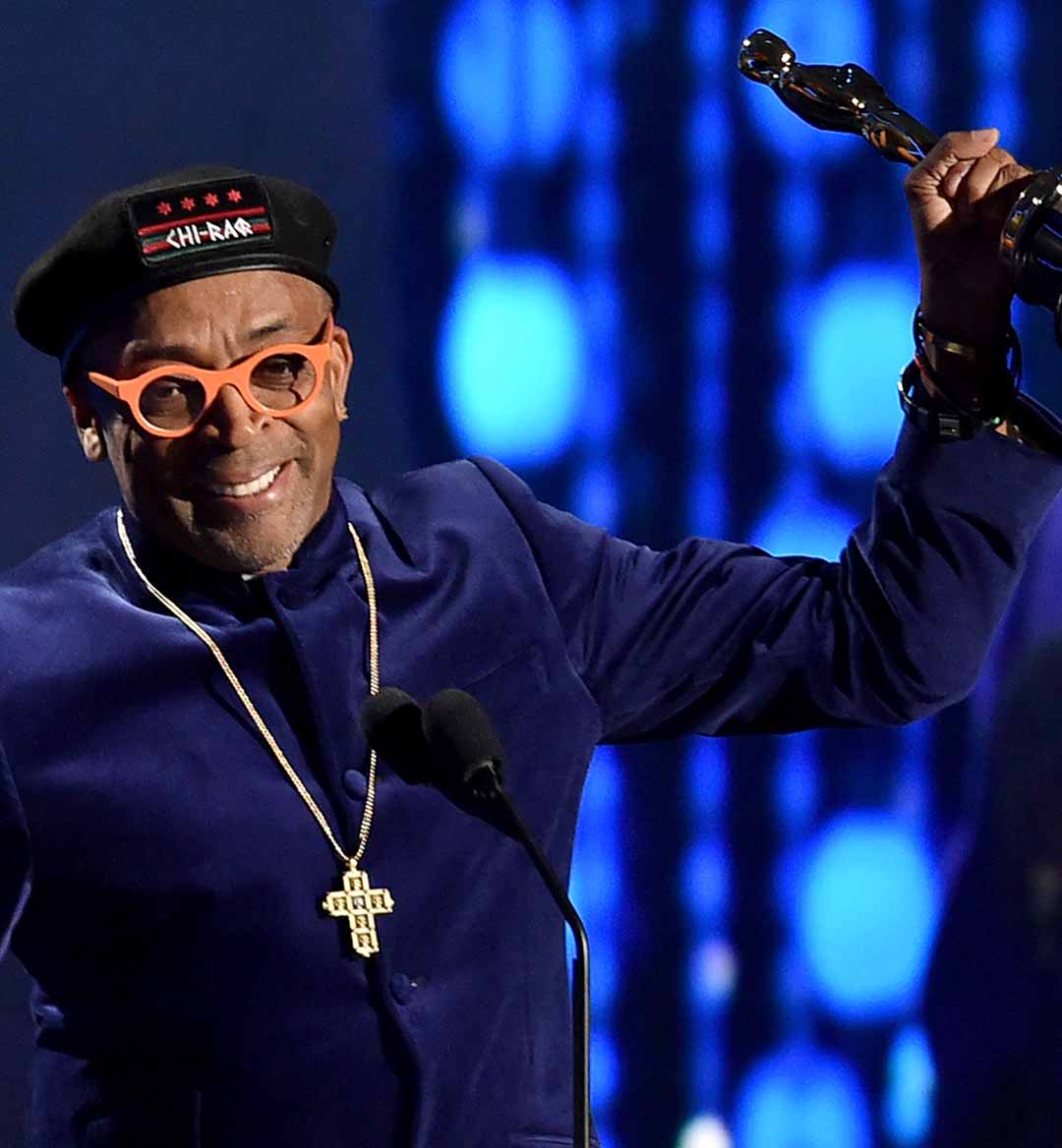 Is Brooklyn in the house?! It most certainly is.

It was a night of historic firsts at the 91st annual Academy Awards, with Black Panther’s Ruth Carter becoming the first African-American woman to win an Oscar for Best Costume Design and Spider-Man: Into the Spider-Verse’s Peter Ramsey becoming the first black director to win for Best Animated Feature. Among those well-deserved, celebrated firsts was 61-year-old Spike Lee finally earning his long-overdue Oscar, winning Best Adapted Screenplay for his film Blackkklansman.

After directing classics such as Do the Right Thing, She’s Gotta Have It, He Got Game, School Daze, Crooklyn and Malcolm X among many others, Lee continues to solidify his legacy and ensure the voice and messages of “doing the right thing” are heard. By using the colorful art of “blaxploitation,” Lee and Blackkklansman reintroduced the genre to yet another generation during a time when we must face the truth of continued systemic racism head-on in order to finally make a change within our society. Lee even called for change during his acceptance speech Sunday night: “The 2020 election is around the corner. Let’s all mobilize. Let’s all be on the right side of history. Make the moral choice between love verses hate. Let’s do the right thing!”

Here's how Spike's Blackkklansman opened the eyes of moviegoers and reminded us there's a chance the people can still knock out HATE with LOVE.

Spike Lee channels Radio Raheem from his movie 'Do the Right Thing' on the #Oscars red carpet pic.twitter.com/WqtdII1rM9

For those unfamiliar with the controversial genre known as “blaxploitation,” it’s time to take a brief film-history tour around the revolutionary genre that helped popularize standing your ground, fighting for your rights and, most important, “sticking it to the man.” This film genre made its way into movie theaters in the 1960s and 1970s as the Black Panther movement was beginning to take shape. “Blaxploitation” movies combined black idioms, popular soul music and action-packed scenes. Timeless movies of the genre, such as 1971’s Shaft starring Richard Roundtree, became trendsetters.

Fast-forward to 2018, when Spike Lee released Blackkklansmen, the based-on-a-true-story crime thriller about the first black detective of the Colorado Springs Police Department sent to infiltrate the local Ku Klux Klan chapter in the 1970s. There are scenes that make you laugh, scenes that make you cry and scenes that make you angry. Moviegoers were wide-eyed and hypnotized by suspenseful curiosity as the film’s message put America under a huge microscope. When will generational racial inequality come to an end? How can politics [[politicians?]] finally right their wrongs and adjust their ways so that the underdogs get a fair shot of achieving the elusive American Dream? Lee provides the answers in such a charismatic, catchy and creative way that it reminds a generation of why he is a movie-making immortal.

The Academy finally got it right and let Spike smell the roses while he’s still alive and well and rooting for his New York Knicks (and yes, the Knicks won their game on Oscar night, ending an 18-game losing streak). Lee’s win proves that his message is being heard not just by fans but by an even larger audience. The grassroots art of storytelling and, most important, teaching people how to create a better society has not been forgotten, and it’s only right the Academy rewarded the MVP of this genius technique, a scrawny man from Brooklyn.

Along the way to achieving this feat, Lee subtly did a Hollywood full circle in a way that amazes movie historians and critics: He was able to trust new talent to help him create greatness once again. In Blackkklansman, a young actor by the name of John David Washington portrays black detective Ron Stallworth. Washington—the son of Oscar-winning great Denzel Washington—has already created major buzz thanks to his weekly performance on the hit HBO show Ballers. His critically acclaimed performance in the movie garnered a nomination for Outstanding Performance by a Male Actor in a Leading Role by the Screen Actors Guild.

Lee’s genius ability to spot talent has been uncanny for decades. He memorably hired Denzel Washington to portray activist Malcolm X in the 1992 biopic. The role got Denzel an Oscar nomination for Best Actor, and the film earned a spot in the National Film Registry. The passing of the torch to a new generation of talented lead actors can be seen in John, who continues to pave the way to his own legacy of on-screen dominance with the help of the man who reminded the world of his father’s acting greatness.

Now if that’s not spreading love the Brooklyn way, then we don’t know what is.