Disney’s Star Wars: Galaxy’s Edge—Everything to Know Before You Go 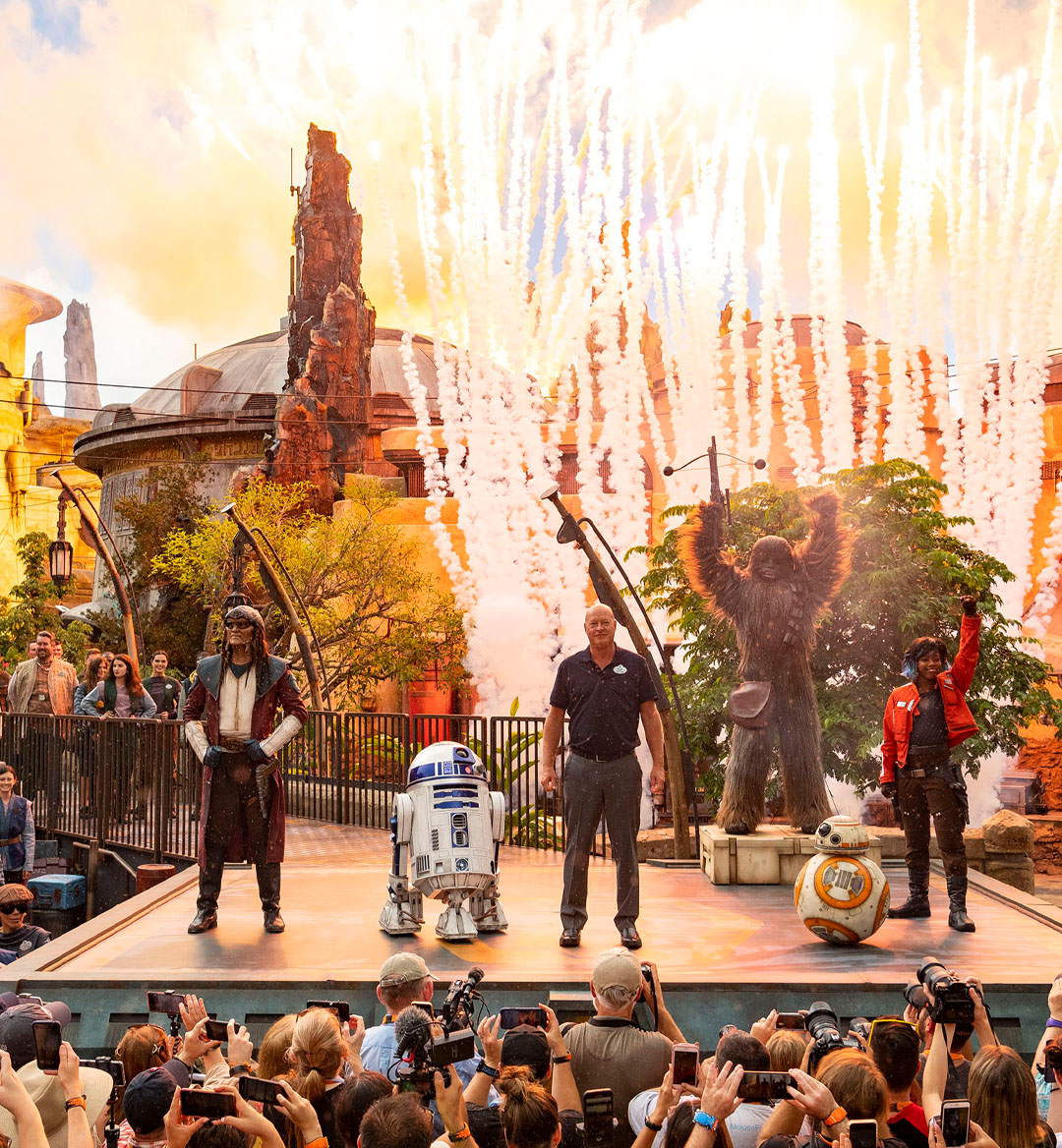 A long time ago in a galaxy far, far away….

If you have seen the Star Wars movies or are at least even somewhat familiar with the franchise, chances are you’ve pictured yourself using the Force, wielding a lightsaber and flying a starship at light speed. The Star Wars franchise is a legendary piece of the pop-culture pie, one that has far outgrown the old “nerd” stereotype that used to be heavily associated with it.

The latest iteration of the Star Wars canon is the Star Wars: Galaxy’s Edge theme park, and ONE37pm got the chance to visit it before its August 29 opening,so we can tell you all about it. Located in both Disneyland, in Anaheim, California, and Disney’s Hollywood Studios, in Lake Buena Vista, Florida, Star Wars: Galaxy’s Edge aims to fully immerse visitors in the galaxy where the movies, TV shows, video games and books are set. 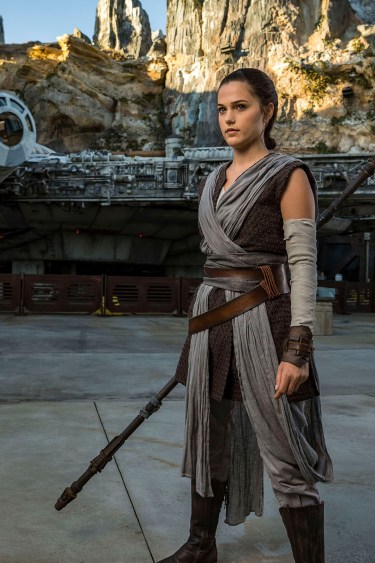 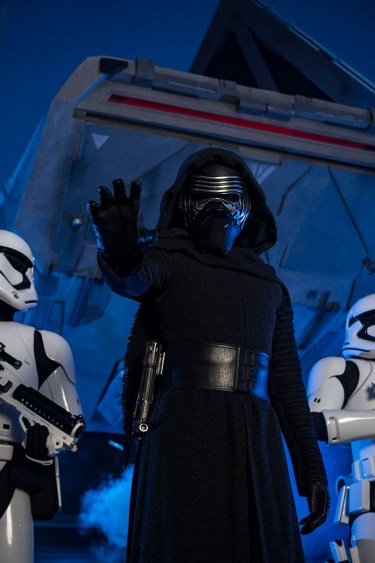 Per the now-official canon: “Batuu is a far-flung destination along the galaxy’s Outer Rim, on the frontier of Wild Space—the uncharted region beyond all known star systems. The planet is home to Black Spire Outpost, an infamous port for smugglers, traders and adventures wishing to avoid any unnecessary...entanglements with the First Order.”

Galaxy’s Edge, while not possessing a singular story, has its own spot in the Star Wars canon, per this year’s D23 presentation: It is set in the “Age of Resistance,” aka the new trilogy era, where visitors will encounter the First Order instead of the Empire, and the Resistance instead of the Galactic Alliance. So you won’t see Han Solo, Luke Skywalker or Darth Vader, but Chewbacca, Rey and Kylo Ren bounce around the park, attempting to recruit you to support either the Resistance or the First Order.

Upon arrival, we were transported to the Black Spire Outpost on the planet Batuu. Various Galaxy’s Edge team members helped us move through the park and greeted us with the customary “bright suns,” this planet’s version of “good morning.” (“Rising moons” is the equivalent of “good evening.”)

Roaming around the park were stormtroopers who stopped visitors at random, questioning them and looking to gain information. Meanwhile, soldiers of the Resistance populated another area, looking to recruit visitors to their cause. Don’t get caught looking at your cell phone for too long, lest you get accused of being a spy trying to “hack a communications array.”

Disney spared no expense in building Galaxy’s Edge, and that can be seen from the moment you step into the attraction. Created with more than 200,000 square feet of rockwork and around 260,000 square feet of plaster, as well as countless props, the Black Spire Outpost truly comes to life and feels like a living, breathing location in the Star Wars universe. 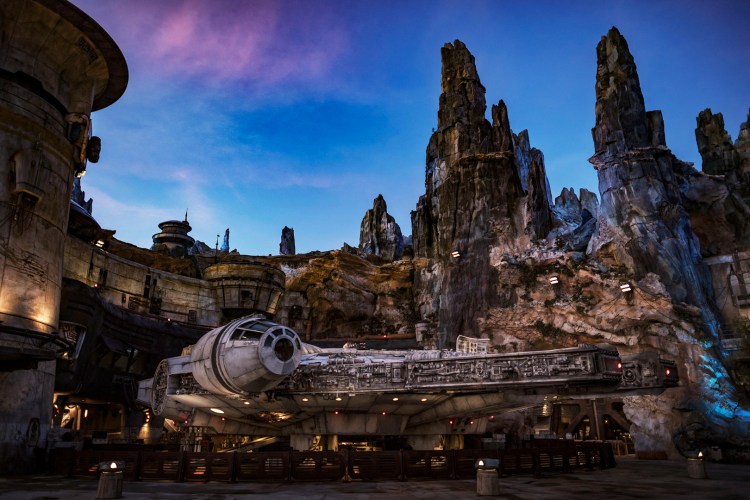 One of the major highlights of the attraction is, without a doubt, the Millennium Falcon, aka the “fastest hunk of junk in the galaxy” and the ship that made the Kessel Run in under 12 parsecs. Piloting Han Solo’s iconic ship is something fans have long waited for, and now they’ll get their chance.

Hop into the cockpit of the Falcon, where there is room for six people—two pilots, two gunners and two engineers—who get to take on a daring smuggling mission, just like Han Solo and Chewbacca. Unfortunately, the ride doesn’t last very long, finishing in under ten minutes, but the experience is fantastic.

Exploring the galaxy, dodging the First Order and learning the ways of the Jedi is tiring work. Complete with its own cast of rogues and even a robot DJ, the cantina offers a chance to enjoy cocktails from across the galaxy. It’s certainly not the worst place to unwind as your day on Batuu comes to an end. 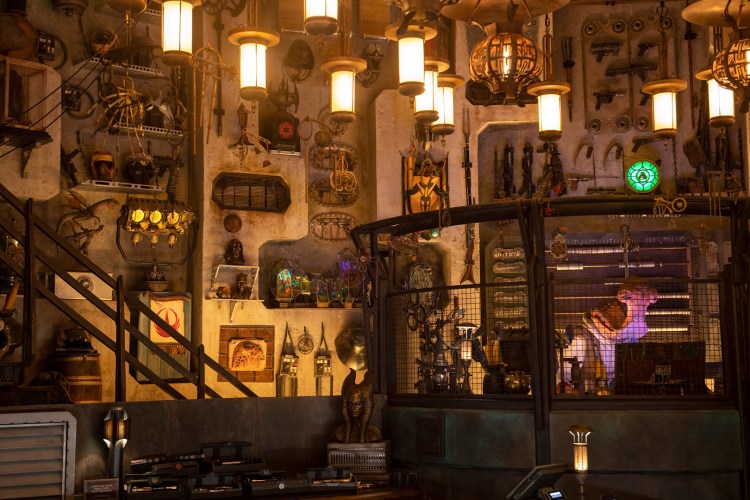 With a new innovative and interactive ride, Star Wars: Rise of the Resistance, debuting in December and a futuristic hotel being planned, Galaxy’s Edge has plenty in store for the future to go along with the existing immersive experience.

If you’re going to Disney anytime soon, make sure to stop by the Black Spire Outpost while you’re there.

Until then, bright suns!

Related: A Brief History of ‘Star Wars’ Games from 1982 to Today