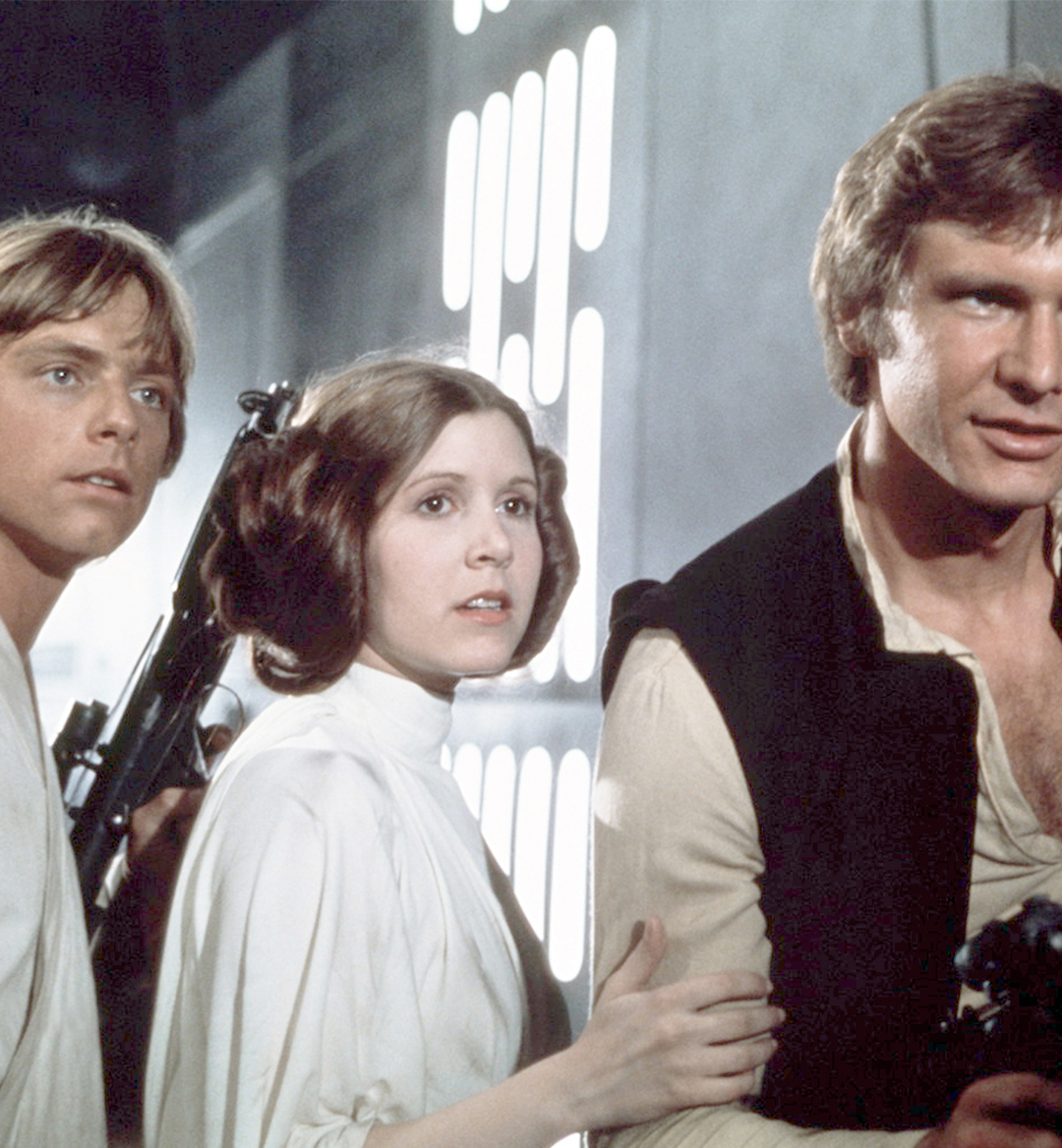 First things first, May the Fourth be with You all.

May 4th is Star Wars Day, the annual day in which fans celebrate all things related to the franchise set in a Galaxy Far, Far Away. Whether you're watching the movies, shows, celebrating with Baby Yoda, or all the above, you're also going to need a great soundtrack to go along with it. And there's no better soundtrack to throw on than Spotify's 'Best of Star Wars' playlist.

As expected, streams of John Williams' legendary score, as well as the tracks that appeared in other movies and shows, such as Ludwig Göransson's songs created for The Mandalorian, skyrocket on May the 4th. Don't believe us? Spotify has the numbers to prove it.

Per Spotify's official stats: "On this day last year (May 4, 2020), [Spotify] saw more than a 530 percent increase globally in streams for the “Best of Star Wars” playlist, with a 729 percent increase in the U.S. alone."

Not only that, the streaming service reported that "global Spotify users have created more than 613,000 Star Wars playlists, 78,000 “Yoda” playlists, and 30,000 Mandalorian playlists." 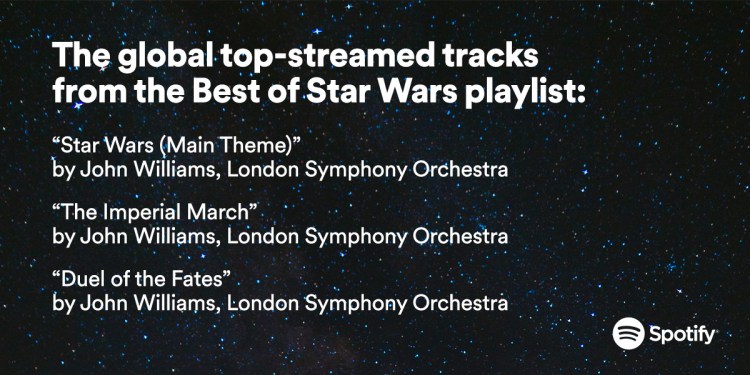 The top-streamed Star Wars tracks should really come as a surprise to no one, as they are arguably the most famous entries in the franchise's score.

The main theme sets the tone for any Star Wars-related marathon; the Imperial March lets you know that shit is about to go DOWN, and the Duel of Fates is the perfect addition to any sort of competitive atmosphere you're trying to set.

Also, it plays during, in our opinion, the best lightsaber fight in the whole saga.

Yes, we know that it might come from one of the worst Star Wars movies, but this fight is the GOAT, bar none.

At this point, you're probably tired of hearing us ramble on about how great the playlist is, so put those headphones on (or blast it throughout the house, we won't judge), crank the volume up, and hit the lightspeed button.