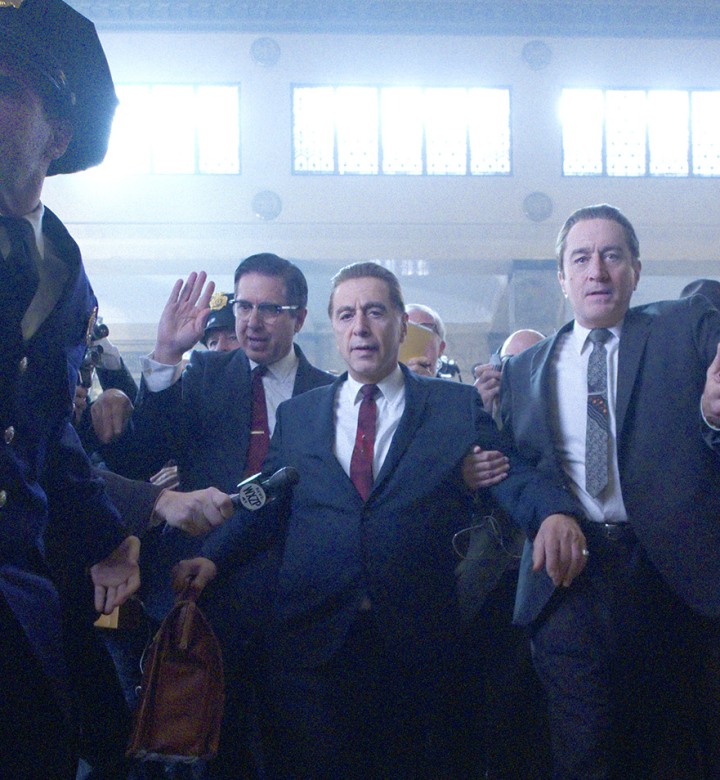 The Netflix film The Irishman is 210 minutes long. You could do a lot in that timeframe—like fly from Los Angeles to Las Vegas, spend an hour at the slot machines inside McCarran International Airport and then fly back to LA with time to spare. Instead of that Vegas adventure, though, we opted to see The Irishman, in which director Martin Scorsese delves into the mob connections to John F. Kennedy’s assassination, showcases the advancements of de-aging technology for cinematic impact and corrals three of the greatest actors of all-time.

At the film’s world premiere during the 57th New York Film Festival, which ONE37pm attended, the three stars and Scorsese were joined by producers Jane Rosenthal and Emma Tillinger Koskoff, who all revealed tidbits about the making of the film, including how 309 scenes were shot in 108 days at 117 locations, often requiring as many as three moves per day. Without revealing any spoilers, here are the best surprises and insights from the film and its creators.

1. A Long Time in the Making

The world’s been waiting for Pacino, Pesci, De Niro and Scorsese to work together since the four ran the mob movie genre for two decades. The public wait for The Irishman began more than five years ago when De Niro told The New York Post in 2014 that he and Scorsese “have been trying to do [the film] for the last few years.” What most of those anxiously waiting didn’t know at the time, probably to the benefit of our sanity, was the film had been in development with Scorsese since he received the book from De Niro and in 2007 began the process of turning it into a movie.

“When [De Niro] presented the book to me, I could see he was very strongly attached to the character [of Frank]. We didn’t have to say much. After a phone call with Greg, I got Steve Zaillian to come over and write the script. That was about 10 years ago,” Scorsese, the Academy Award-winning director, said during the panel.

By September 2014, the film was slowly graduating from rumor to reality with Al Pacino confirming in an interview that the superstar mob flick would happen. His confidence at the time belied the skepticism he had over whether the film and its crew would beat Father Time, more than six years ago. “You looked at us in the room and said, ‘Is this going to happen? Is this going to happen before we all get any older,’” Scorsese recalled Pacino wondering.

2. The Wonders of De-Aging 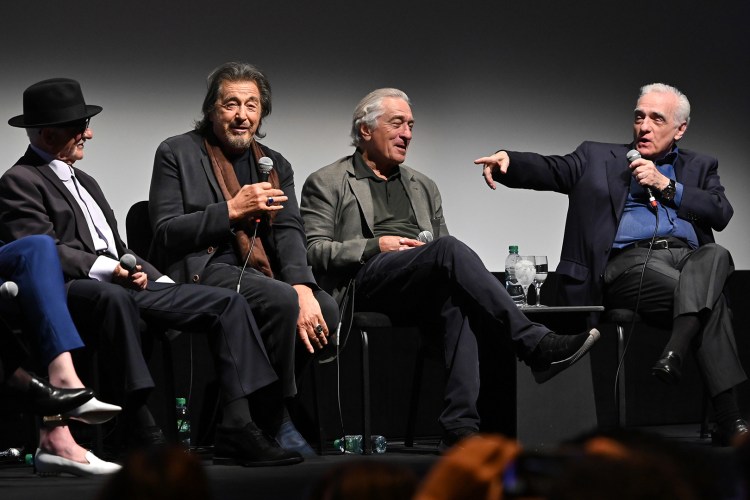 You won’t have to wait long to get a glimpse at that movie magic. There’s a head-on, prolonged shot of De Niro driving a truck early in the film, and you would’ve thought you were looking at a deleted scene from Scorsese’s classic The Goodfellas released in 1990 when De Niro was the spry age of 47. The computer-generated effects are indiscernible to the naked eye, a jaw-dropping feat when you take into account the last decade of films have used enough CGI to make it easy to spot.

To achieve this, Scorsese said, he and visual effects supervisor Pablo Helman utilized a “de-aging” computer processing technology on a test scene they shot in August 2015 of De Niro redoing a scene from The Goodfellas. After using the technology on the scene and comparing it with the original version from 1990, not only was the decision made for it to be used for The Irishman, Rosenthal remembered De Niro remarking the technology could help him “work another 30 or 40 more years.”

The technology was groundbreaking but also kept production stuck in the mud—Scorsese described it as “a costly experiment” they couldn’t get the funding for years. That is until everyone’s favorite streaming service, known for paying exorbitant prices for films, stepped in and opened up the checkbook. “We couldn’t get the backing, there was no way. And then there was Ted Sarandos,” he said of Netflix’s chief content officer. “It’s a costly experiment. But Ted and everyone at Netflix said they’d go with it.”

It isn’t just about lenses and computer imagery. It’s about posture, it’s about movement, it’s about clarity in the eyes and everything.

I didn’t do the math, but a big chunk of the 210-minute runtime is dedicated to people being brutalized, and Scorsese keeping us there for uncomfortable lengths of time. When Frank seeks retribution on a store worker who shoved his daughter, there isn’t a momentary confrontation that ends in the worker having his hand smashed on the curb. It’s a panoramic shot of the peaceful street before Frank throws the worker through the store’s glass door and repeatedly pummels him, with pauses in between each attack to call attention to how long the audience has been witnessing the attack.

That wide-angle view wasn’t just to capture the setting. It was to keep his daughter, standing on the corner feet away from her father’s assault, in the frame and the brutality of it all present in our minds. You should expect Scorsese to find inventive ways to convey how integral violence is to the story. There’s even a spot in a river where people throw away guns they’ve used for murders and Scorsese takes us down to the depths of the sea to see the vast underwater graveyard.

Just out of THE IRISHMAN. Running time is 3 hours and some change. For me, it flew by. And if I could go in and see it again right now, I would in a heartbeat. A film made by a filmmaker who feels free. Who has all the tools. All the time. All the talent. And lives up to it. Wow. pic.twitter.com/gPsfn4OyS8

Be sure to carve out 210 minutes from your day to catch The Irishman when it hits theaters on Nov. 1 and/or when it begins streaming on Netflix on Nov. 27.