“Baby Yoda has already been made useful in battle.” Sounds familiar. 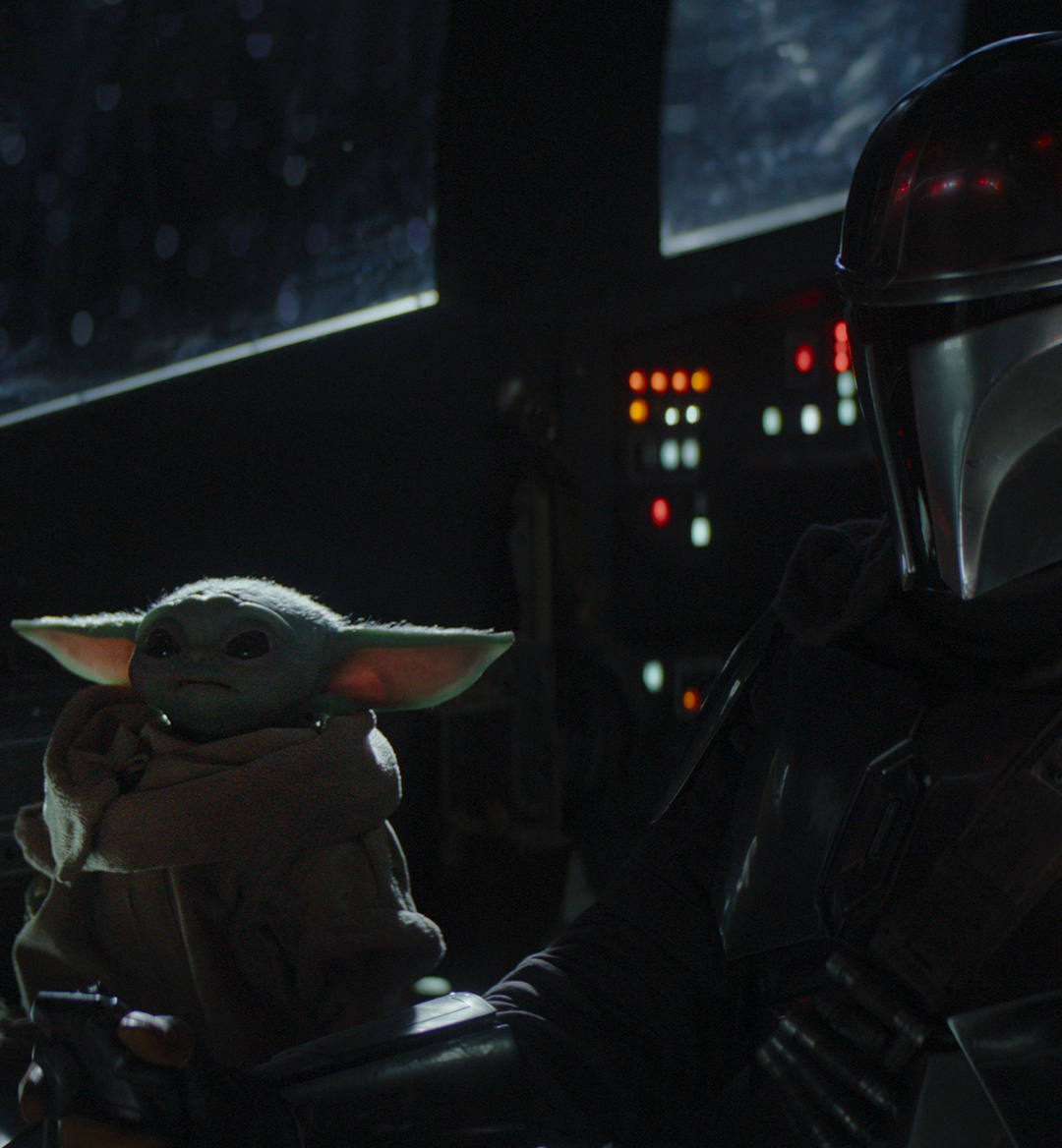 Baby Yoda and The Mandalorian (played by Pedro Pascal) / Disney+

Nostalgia addicts have been rapt with Disney’s streaming service, but the breakout success of the new network has by far been the new Star Wars TV series, The Mandalorian. The popularity of the new show, which has already broken streaming records, was pretty predictable given the American public’s insatiable craving for all things from a galaxy far, far away.

The Mandalorian has exceeded expectations in its first batch of episodes by presenting new faces for the growing franchise—and catalyzing endless memes to boot. But cinephiles were quick to notice that the basic concept of the show isn’t exactly original. A roaming, hyper-skilled assassin pursued endlessly by attackers while simultaneously protecting a young and vulnerable child? If you’re a samurai film aficionado, the source of inspiration for the new show is quite obvious: Lone Wolf and Cub, a series of manga written by Kazuo Koike and artist Goseki Kojima and later adapted into six films starring Tomisaburo Wakayama in the 1970s (and an eventual TV series after that) is an obvious influence for the new space opera side story.

Is 'the Mandalorian' made based upon 'Lone Wolf and Cub'? pic.twitter.com/F8j3P8OMlm

Lone Wolf and Cub tells the story of Ogami Ittō, a professional executioner whose wife is killed through a labyrinthine series of betrayals that prompts him to swear allegiance only to Hell in a quest for revenge against the shogun who ordered his partner’s killing. But the wandering warrior refuses to abandon his 3-year-old son and takes the child along with him on his bloodthirsty ordeal. Ogami survives as an assassin-for-hire as his he travels the countryside, getting closer and closer to the emperor responsible for ruining his life.

At first glance, this isn’t exactly the same as The Mandalorian, whose eponymous hero does not decide to protect what fans have affectionately dubbed “Baby Yoda” out of a desire for retribution. But the themes and motifs are quite apparently similar: Can this hardened killer learn to care for a creature so weak? What are the ramifications of witnessing such violence for these young children? Can Ogami or The Mandalorian ever truly escape from their hunters—and will their souls be devoured by darkness along the way? 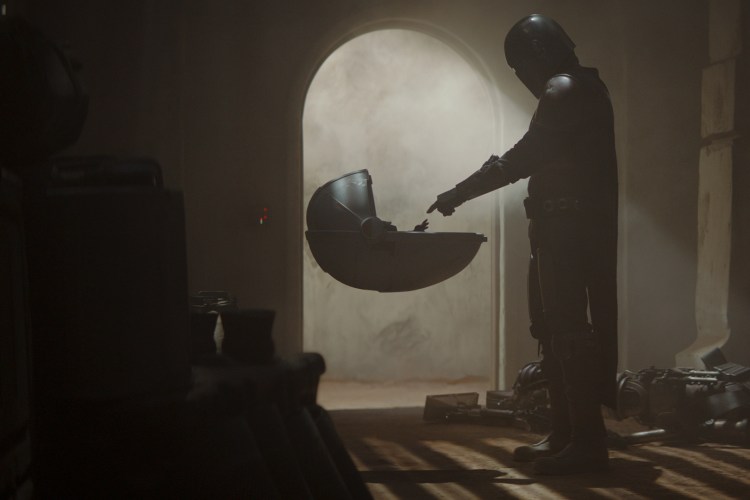 The Mandalorian with Baby Yoda. / Disney+

Samurai films have always been cited as an influence on the Star Wars franchise, along with serial sci-fi series like Flash Gordon and spaghetti Western cinema, which, in turn, had also been inspired by samurai films. But never has the connection been so glaring as between The Mandalorian and Lone Wolf and Cub, which often resemble each other not only thematically but cinematographically. Like The Mandalorian, Lone Wolf and Cub films are abundant with scenes of the titular ronin walking through an existentially barren landscape, or outnumbered by ornately clad villains. The melodrama of the fight scenes in each series is counterbalanced with more quiet moments of contemplative pastoral scenery.

And already it’s been easy to pick up a few details of where the plot is heading having rewatched the Japanese movies: Baby Yoda has already been made useful in battle, as did the young Daigoro, whose stroller was equipped with secret blades—and in the later films hidden firearms. Like a main villain in the second Lone Wolf and Cub film, Gina Carano’s character in episode 4 came prepared with an iron fist-type weapon. And like Ogami, The Mandalorian is finding it increasingly difficult to abandon his adorable counterpart, setting up for further adventures down the line.

Mapping the world of Edo-era Japan onto extra-planetary affairs is not without orientalizing or exoticizing elements, as suddenly classes of actual historical fighters become transmogrified in The Mandalorian into literal aliens. Ironically, this transformation has now also occurred in reverse, with Star Wars recently adapted into a kabuki theater production in Japan—meaning that maybe the relationship between American sci-fi and Japanese aesthetics is more symbiotic than parasitic and that the discourse of cultural appropriation doesn’t exactly apply here.

So, you might be asking, which series is better? If you’re not familiar with the slow pacing of decades-old ultra-violent movies, the Lone Wolf and Cub films can feel like a bit of a slog. They’re certainly far more filled with sexual violence and gore, although the bloodshed looks more campy than horrific these days. Which is to say: the Lone Wolf films are undoubtedly more adult—the world of feudal Japan is far from the kid-friendly universe of Star Wars. But once you’ve watched The Mandalorian’s predecessor, it’s hard not to see precisely how derivative the new show actually is. Lone Wolf and Cub is undeniably more historically important and intellectually curious, given its widespread influence, but what viewers prefer will largely boil down to personal taste.

I'm gonna tell my kids this was Lone Wolf and Cub.#Mandalorian pic.twitter.com/3iNWqVNTG6