A nostalgic return to 'this thing of ours' 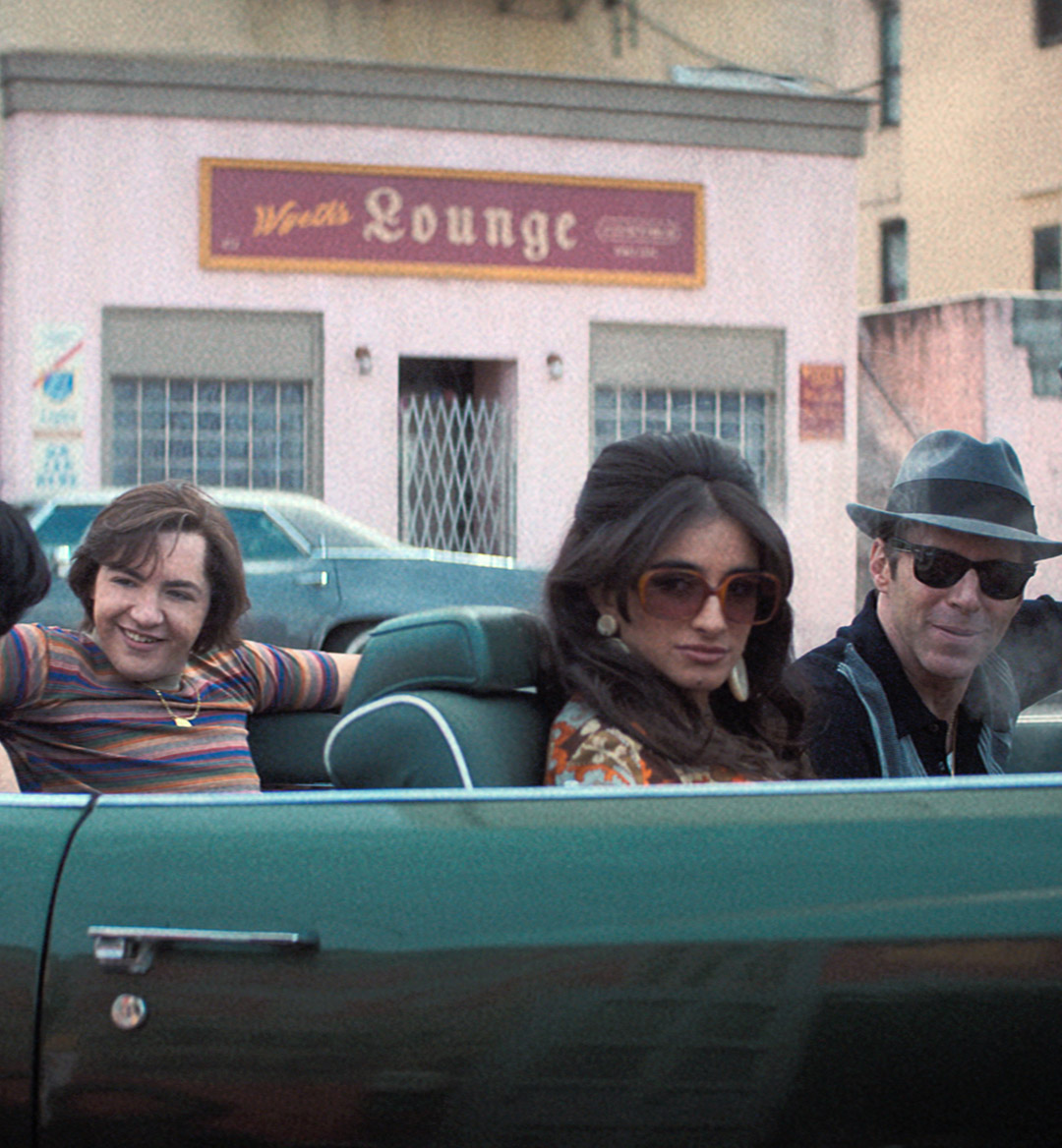 Those looking for a Tony Soprano origin story might be a tad bit disappointed in The Many Saints of Newark, a prequel film to the legendary HBO series The Sopranos. However, what they get in return is something more; whether that's a good or a bad thing is up to the viewer.

Set many years before Tony Soprano takes his first on-screen bite of gabagool, The Many Saints of Newark provides a glimpse, albeit tiny, into the legendary and monstrous mob boss's early days.

"Young Anthony Soprano is growing up in one of the most tumultuous eras in Newark's history, becoming a man just as rival gangsters begin to rise up and challenge the all-powerful DiMeo crime family’s hold over the increasingly race-torn city. Caught up in the changing times is the uncle he idolizes, Dickie Moltisanti, who struggles to manage both his professional and personal responsibilities—and whose influence over his nephew will help make the impressionable teenager into the all-powerful mob boss we'll later come to know: Tony Soprano."

The Many Saints of Newark is a welcome return to familiar territory for fans of the show. Besides Tony Soprano—played by the late James Gandolfini's son Michael—plenty of characters from The Sopranos reappear here, including Tony's mother Livia (Vera Farmiga), his uncle Junior (Corey Stolz), as well as his loyal fellow mobsters, Silvio Dante (John Magaro), and Paulie Walnuts (Billy Magnussen).

It introduces characters such as Dickie Moltisanti (Alessandro Nivola) and Tony's father, Johnny Boy (Jon Bernthal), who are only mentioned on the show as they are long since deceased by the time The Sopranos takes place.

While Tony and the other characters from the show are present, they appear merely in a supporting role, with Nivola's Dickie taking center stage as the protagonist of this story.

It is a smart move by series creator David Chase, as the focus is on expanding this universe and not keeping it constrained to what has already happened.

By helping clear up the mystery that surrounds Dickie Moltisanti, it also contributes to the growth and character development of his son Christopher, a supporting character of The Sopranos. Christopher is burdened by the legend of Dickie, and it is here that we get to see it explored.

This also helps the movie strengthen the foundations and themes of The Sopranos, which is considered one of, if not the greatest TV show of all time. 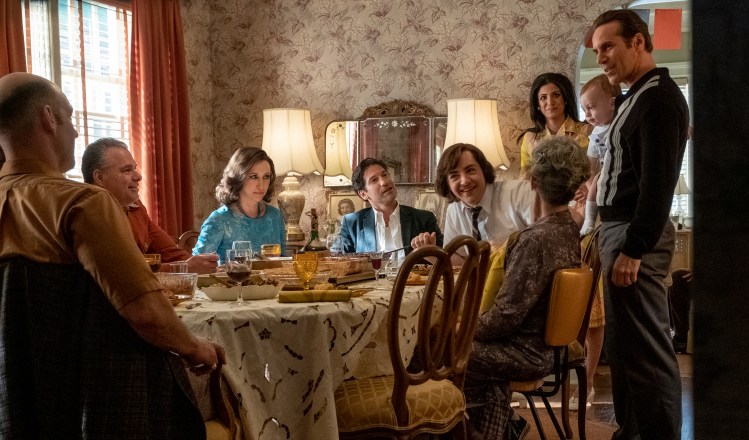 Many of the themes of The Sopranos are present throughout the film as well.

What does it mean to live up to the idea of one's father? Do we carry the same sins as them? Or are we free to live as who we choose to be?

Given that Tony's father was in prison for much of his formative years, Dickie takes the mantle of Tony's mentor instead and, given that Dickie knows no other life, does not do much to steer Tony away from this "thing of ours." Tony wants to go to college, play football (although I never thought he had the makings of a varsity athlete), and try to avoid the criminal lifestyle.

And although we know where things lead for him, it's obvious that, at least at first, he does not want to follow in Dickie and his father's footsteps.

This idea of legacy feeds into one of the other core tenets of the show and fuels the central conflict: Pride, and more specifically, how that sin contributes to one's downfall.

Many characters on the show and in the film are embodiments of pride and toxic masculinity, most notably Uncle Junior, who, without spoiling anything, bears a growing resentment towards Dickie for a perceived and trivial slight. No man in this world of mobsters can be seen as weak, and if they make that mistake, it can ruin them. 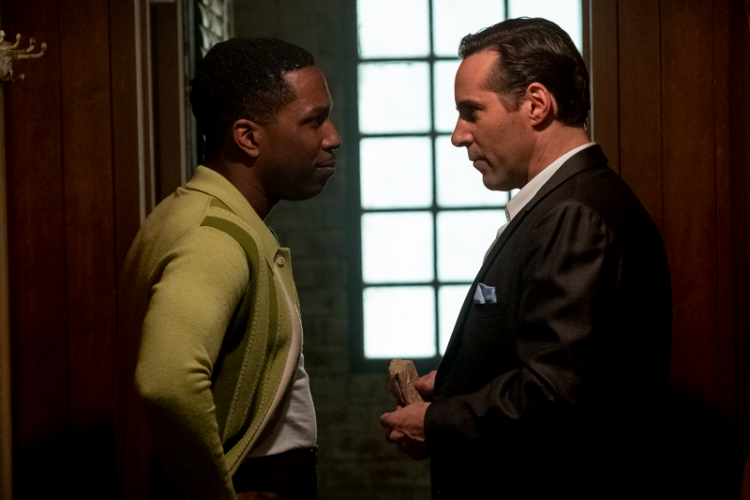 The Many Saints of Newark uses a city in turmoil as the landscape for the story it tells. It begins in 1966, right as Newark is embroiled in one of the worst race riots in the country's history, caused by the unjust arrest and beating of John William Smith, a black cab driver, by the Newark police department.

Harold McBrayer (Leslie Odom Jr.) begins the film as Dickie's runner and employee of sorts but gradually grows to become his enemy as Harold yearns to start a criminal empire of his own. As a black man, Harold's partnership with Dickie does not sit well with the mafia, who still harbor racist attitudes towards Newark's black population.

It is here where the film falls short, though. Harold longs to become the king of the Newark criminal underworld as the mob is pushed out, but it's never explored more than that. His character serves as little more than a foil for Dickie and his personal life, and by the time the movie ends, you find yourself wondering why this plotline exists in the first place.

The film's runtime clocks in at around two hours, but it is in this case where it could have used an extra 20 or so minutes to dive a little further into the motivations of Harold and his crew. 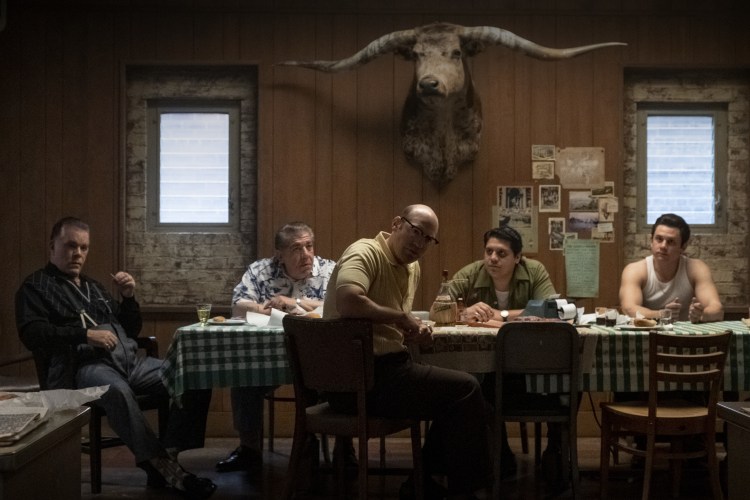 It is the performances of The Many Saints of Newark that carry the film. Vera Farmiga, Alessandro Nivola, Leslie Odom Jr., and Michael Gandolfini are all fantastic in their roles, with Farmiga perhaps being the best of all of them.

From her voice to her mannerisms and attitude and almost hatred for her children, she nails everything about who Livia Soprano was.

Gandolfini had the most challenging task, who, much like his on-screen character, had to live up to the legacy his father left behind. He is more than up to it, though. Tony is angry; he is rebellious but intelligent and a leader, something that Michael can embody just like his father did.

He won't be visiting Dr. Melfi for many years, so Tony is forced to struggle with his issues and deal with a world that tells him that his mental health is not a priority. 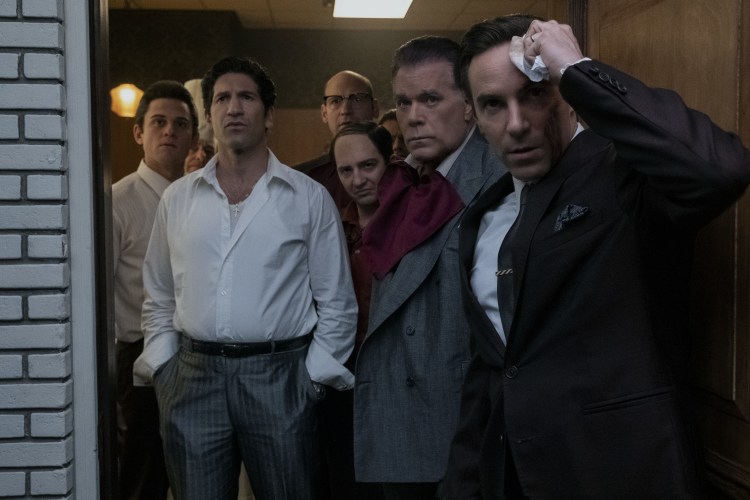 Fans of The Sopranos, myself among them, will certainly enjoy The Many Saints of Newark. There are easter eggs throughout including, of course, a backroom meeting at Satriale's but they don't weigh down the story with simple fan service. They are simply the cherry on top of a story that exists all on its own.

By the time the show's theme song hits, you might think "does this movie need to exist?" Maybe not, but you definitely won't be mad that it does.