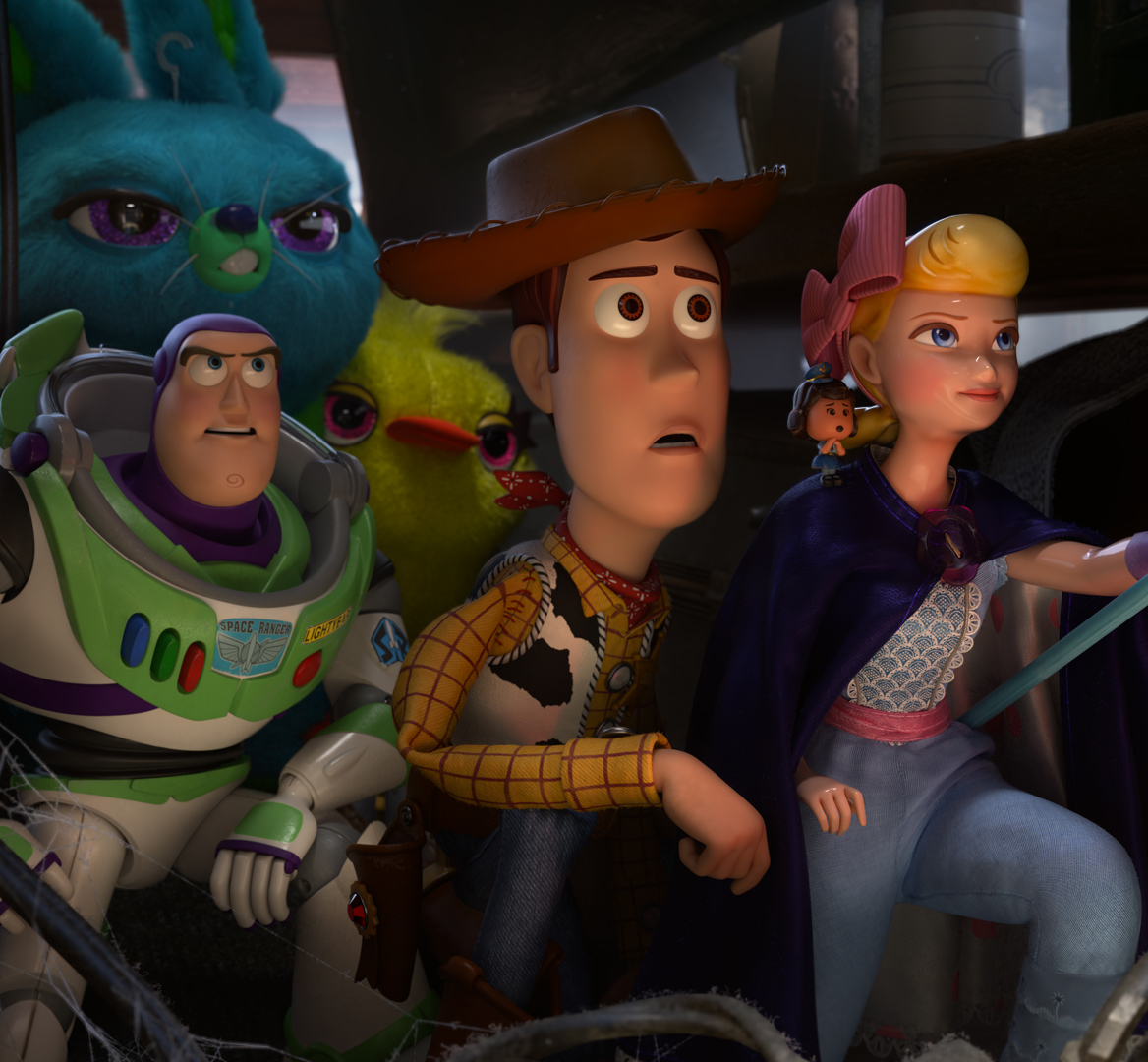 The series that spans nearly 25 years and gave life to some of Disney’s most beloved characters finally comes to a close with the long-awaited release of Toy Story 4. The toys last appeared onscreen in 2010 in Toy Story 3, but after a lengthy hiatus the toys are back in the saddle for one final adventure.

Fans who grew up alongside Andy—and newcomers ready to follow Bonnie’s adventure—should mark June 21 on their calendars for the grand finale of one of Pixar’s most successful series. But before you sit back in that reclining theater chair, here are five fun facts about Toy Story 4 you should know. As Woody would say, “Giddyup partner!”

1. Easter Eggs Are Hidden Throughout the Film

For Pixar’s world-class animation team, no detail is too small. Fans keeping a lookout for hidden Easter eggs will have their hands full. A particularly elaborate antique store scene in the film includes more than 10,000 objects that took almost two years to complete. Talk about a hustle. Every one of Pixar’s previous films will be represented with a special nod. Some of the eggs have already been confirmed, including the balloon cart from Up, a pinball machine from Finding Nemo and Elastigirl’s Elasticycle from Incredibles 2. Per tradition, there will also be a reference to Pixar’s upcoming film Onward starring Chris Pratt and Tom Holland. 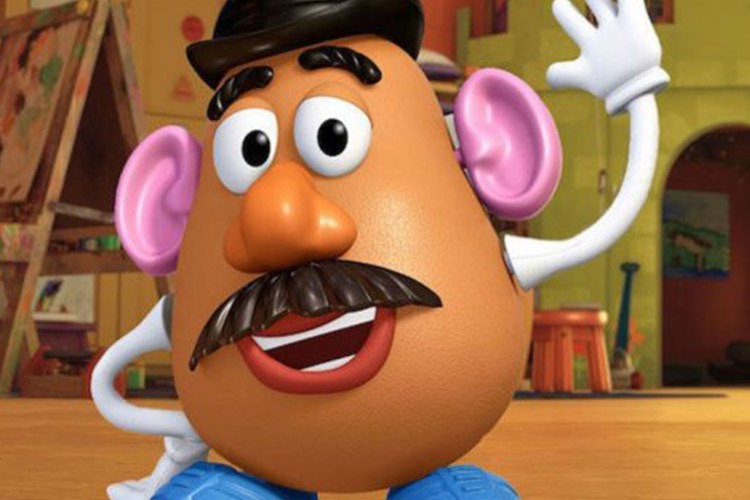 Comedian Don Rickles had already committed to the fourth Toy Story film when he passed away in 2017. Though none of his scenes had been recorded, the family requested that Pixar somehow include his voice in the last movie. Director Josh Cooley confirmed the inclusion of Rickles in Toy Story 4 and said the Pixar team used archived recordings from the first three films to piece together Mr. Potato Head’s role in the franchise’s final chapter. “And so I’m very honored that they asked us to do that, and I’m very honored that he’s in the film,” Cooley said. “Nobody can replace him.”

When Rickles passed away, costars expressed their mourning of a comedic great. Tim Allen called Rickles one of his inspirations, saying, “I feel bad, mostly for everyone in heaven who will now learn firsthand from the sharpest wits ever, what it’s like to be Rickled.” 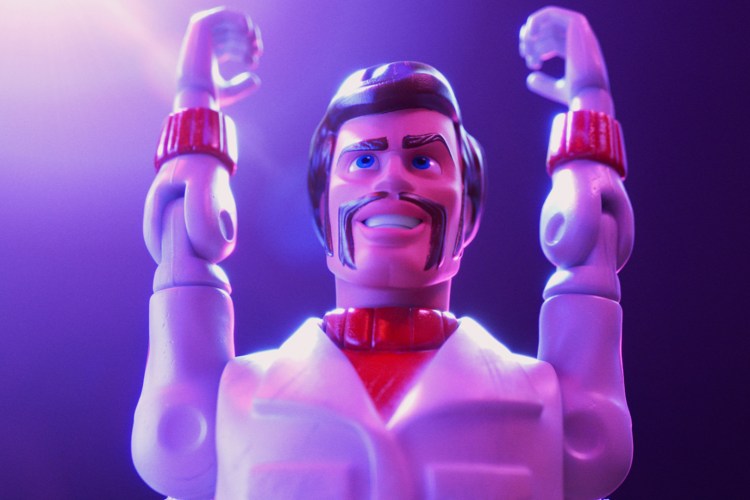 Woody and the gang will find new friends—and enemies—in the newest installment. Christina Hendricks will give her voice to Gabby Gabby, the film’s not-so-secret villain. Tony Hale will play Forky, and Keegan-Michael Key and Jordan Peele will take on the roles of two carnival animals, Ducky and Bunny (though they actually did most of their recording work four years ago). Other characters will be voiced by Betty White, Mel Brooks and more.

Also, in case you hadn’t heard, Keanu Reeves is pretty much having the best summer ever. He’s bringing his signature flare to a new toy called Duke Caboom, a Canadian stunt motorist (fitting for the Canadian actor). Cooley said that Reeves did not take the role lightly and sought to fully understand his character. Safe to say his performance will be one to watch.

Way back when, Toy Story was the first computer-animated feature and it made a groundbreaking contribution to the world of animation. Today, the Pixar team “could render all of the original Toy Story in less time than it takes to actually watch the movie,” according to the Pixar team. Mind. Blown.

The technology at Pixar’s fingertips has grown exponentially since the original film was made, as has the manpower. From the start of the series to now, the Toy Story team has skyrocketed from 129 members to 1,247, and compared with 24 years ago, each animator spends ten times more hours rendering scenes. In fact, Pixar designated a special team specifically for the Bo Peep character and animation. If their track record is any indication, the Pixar team will only continue to expand its creative resources in the future.

Chris Stapleton knows a few things about wearing a cowboy hat, and now he’ll lend his Grammy-winning vocals to Woody in a new song, “The Ballad of the Lonesome Cowboy.” Randy Newman––the musical mastermind behind classics like “You’ve Got a Friend in Me” and “We Belong Together,” the latter of which snagged an Academy Award in 2010––contributed his composing chops to the series once again with this tune.

In this song, Woody “feels like he was a lonesome cowboy until someone comes along and changes his world,” Newman said in a statement. Newman’s music has become an irreplaceable component of the Toy Story movies, and the fourth film will feature another Newman original called “I Can’t Let You Throw Yourself Away.” Stapleton called singing one of Newman’s creations a “tremendous honor.”

Read Next: 9 Movies That Were Forced to Reshoot: From ‘Rocky’ to ‘Sonic’