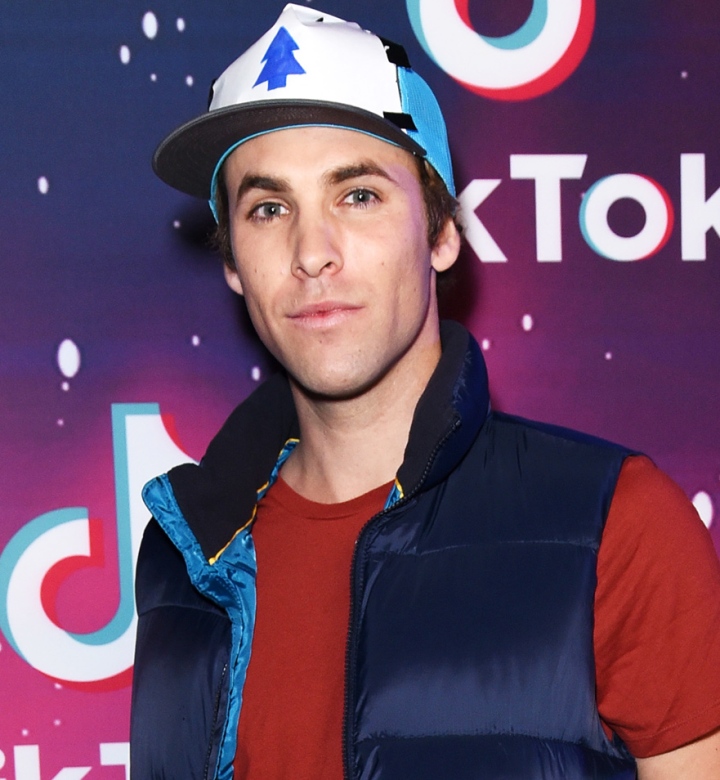 It takes a special kind of creator to get on our radars, but Tristan Tales is unique. Tales is a true artist who was a nominee for the Shorty Awards’ Snapchatter of the Year and has applied his Snap skills to every subsequent platform.

With innovative and outside-the-box content on Instagram and YouTube, if you don't know Tales, we think you should. We had the pleasure of interviewing him via FaceTime, transcribed here.

ONE37pm: What was the very first video you ever made?

How did you come up with the "choose your own adventure" style videos?

Tales: When Instagram first came out, it had the feature where you could tap forward and tap back, where Snapchat at the time didn't have, so then I created a partially animated—where I'd draw with my finger—kind of like a comic book live-action, a choose your own adventure story where the viewer could tap forward for like clip six if they wanted to go into a cave or they could tap forward to clip 12 if they wanted to go around the cave. It was almost like flipping through an interactive book, but instead, you're tapping on a screen and [going] to the page number that you'd want to go to. You could try out all the possible endings, whereas before you were only able to do it in real-time. So that then evolved to YouTube, where now I use the end thumbnails as the button to make your selection.

So when I'm filming a video, I'm realistically filming like 30 videos, because I want them to be able to have as many options as possible. So many different possibilities. And that's what I love about it too, is it allows people to kind of live out their fantasies and see the consequences of their actions without actually having any realistic harms. I like to make them wacky and fantastic in a lot of certain ways. So it's fun. It's an adventure that they get to dictate. And that's cool because it's rare to be able to interact with content in a way that allows you to drive the direction of the narrative. And that's kind of what I liked. I just want to build the world out and then let people make the choices themselves.

What is your top advice for young creators?

Tales: Do something different but innovate. Don't go vlogging because everybody's vlogging or get on TikTok because everyone is getting on TikTok. Find a way to utilize platforms in a way that they've never been used before and allow those limitations to inspire creativity. I think when you're looking at it like that, you'll find your content very rewarding. And if you're getting into the social media space just because you want to see your numbers grow and you're interested in it for the fame or having a large following or getting that blue checkmark next to your name, you will never be satisfied with your growth because you'll have no way to measure your progress. It'll just be like, "Oh, I hit a million, but what's next? Five million." When you're doing what you love, and you're making content because you enjoy making it and you enjoy like the stories you're trying to tell and you will, you'll find rewarding that every single time you'll be rewarded every single time that you put out anything. Or even if like you make something, you don't put it out because it didn't turn out the way you wanted it to, you'll still feel that sense of accomplishment because you're making it for art's sake, not for getting famous.

I see so many younger kids who get so excited when they get more followers. I have a younger cousin, and he just got on Instagram. He was like, "I have 33 followers now. I have 37 followers now!" And like it's super cute, but I hope that's not what you're doing this for. I hope you're not just trying to get followers. There is no end to that, and you'll never feel satisfied if the goal is just to get followers because then what's next is more followers. But if you're doing something to make a difference or entertain someone or to use social media as an outlet for creativity, somebody or to learn something for yourself, then you will be able to find satisfaction, and it'll be like, your experience with it in the digital space will be much more rewarding.

If you're doing something to make a difference or entertain someone or to use social media as an outlet for creativity, somebody or to learn something for yourself, then you will be able to find satisfaction.

What do you love most about your job?

Tales: Everything. Like every aspect of it. Social media is interesting because I'm kind of on the entertainment side of social media. So if I was in the entertainment industry, you get put into like one category. You know, you're either a writer, and that's what you do. ‘Cause if you’re a director, you direct. You're a producer, you produce; you get asked to be an actor, you act. But with social media, you wear all the hats. So you get to do everything. And that's my favorite part because one day I'll be spending the whole day just like getting creative and getting in the writer's tunnel. I'm just like coming up with a bunch of ideas on whiteboards with trees and options. And then the next day I could be filming it, and I get to perform, I get to direct and produce and figure it all out. And then the next day I'm editing it and putting it all together. I get to do so many aspects of it. And part of it is different every single day. And it's I feel like I'm learning. I'm learning every time I do any aspect of it, and that's really rewarding and really fun.