The 6 Best Albums of 2020, According to Our Editors

Turn those headphones up. 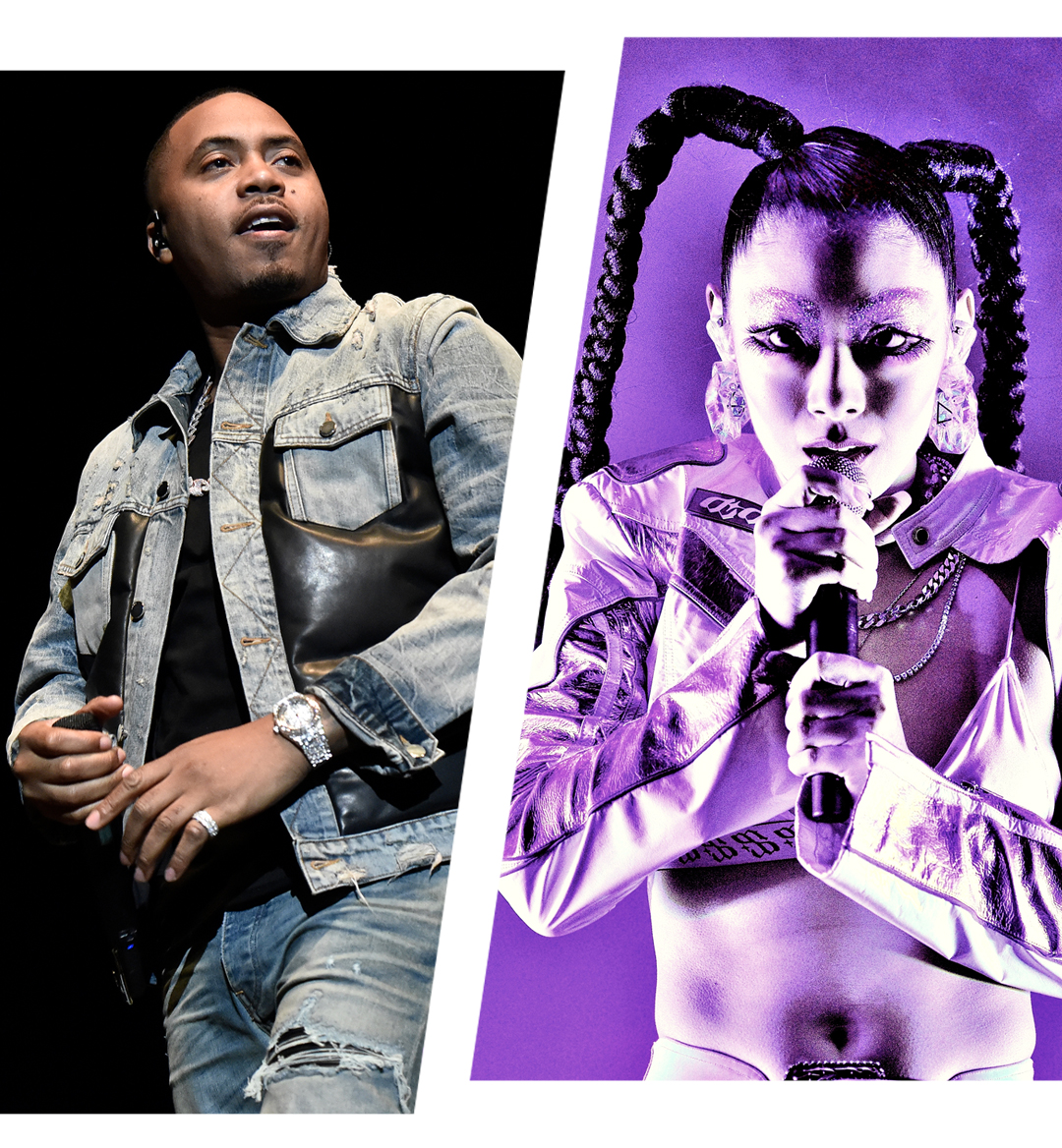 Let's face it, 2020 has been a long, strange, and downright terrible year. Between a global pandemic, an election that changed the landscape of the country as a whole, and racial and societal upheaval, this year has been one that most people probably want to leave in the rearview as fast as possible.

One thing that remained a constant throughout this year has been music. Music carried us through this year, narrated the events that unfolded, and helped take our minds off of the problems at hand, if only briefly.

With that, the ONE37pm editorial team gathered their thoughts on what we thought were the best albums and tunes that came out of 2020. Artists such as The Weeknd, Dua Lipa, Megan Thee Stallion, and Big Sean dropped some awesome music, so this was a tough list to make. That being said, here are ONE37pm's top six albums from this year that you should add to your playlist if you haven't already.

'RTJ4' by Run The Jewels

2020 was filled with social, racial, and cultural upheaval, and when the world is on fire, there are perhaps no better narrators for the chaos than Run the Jewels.

RTJ4, their latest release, couldn't have arrived at a more appropriate time, dropping on June 3rd, right in the middle of the worldwide protests that took place following the tragic murders of George Floyd, Breonna Taylor, and Ahmaud Arbery. Killer Mike and El-P have become known the world over for their politically charged lyrics that target various issues that plague society and RTJ4 was no different.

Killer Mike, no stranger to activism, unexpectedly became a leading voice of the protest movement in Atlanta, with his lyrics on RTJ4 addressing racist police directly, attacking the mainstream media for fanning the flames of chaos, and a host of other issues that continue to impact all our lives. Songs like "walking in the snow" address police brutality, with Killer Mike even including 'I can't breathe' as a way to end one of his verses.

The album is angry, intense, and doesn't let up, but you can also tell that there is a modicum of exhaustion in Killer Mike and El-P's voices. They will continue to voice their opinions and attempt to bring attention to them, but it's clear that they want these issues to at least to begin to be treated with the urgency that they need to be.

RTJ4 has served as almost an unofficial anthem to this summer's protests, and its lyrics hit hard, they hit home, and they will certainly leave an imprint on you long after the last track finishes.

Spilligion is a major collaboration album by Spillage Village, JID, and EarthGang. This album brings an incredible soundscape that is often experimental in its approach, creating an eclectic sound that often borders on operatic.

At its core, it is a hip-hop album with major elements of gospel, soul, R&B, and sometimes, if even just for a moment, bluesy rock. The collaboration is a huge win for everyone involved: The productions are vast and cinematic, the lyricism is witty and oftentimes profound, and, perhaps most importantly, the music just creates a nice vibe. I went into this album a fan of JID and I came out a fan of all three of the major players in this project. Whereas sometimes rap can feel repetitive, or cookie-cutter-Esque, this album is never that. Unique flows, amazing delivery, colorful production—It’s really a work of art that sets these artists aside from traditional rappers.

Some of the production seems easily inspired by Kanye’s style, but to pick a single inspiration would be tricky to do. One moment it's a rap song, the next it breaks down into beautifully layered vocal harmonies, and then there’s even vocal chops and other elements of electronic music. The spiritual and religious undertones that are the subject of a lot of this album are elevated by the beautiful and masterfully crafted music that delivers them. Please check out this album, I think there’s something here for everyone.

My favorite album this year was Nas’ King's Disease. I honestly feel like this album was underrated. It got some good attention at the time of its release in August, but I personally believe that it deserves more. Don’t get me wrong, I’m definitely a fan of different rap styles, but I am a New York girl, so I enjoy that classic NYC rap feeling the most. I really appreciated how Nas stayed true to the iconic Nas that we know and love, while also adapting to more modern sounds.

The album was a perfect balance; it didn’t sound too dated, but it also didn’t sound like Nas was trying to ‘keep up with 19-year-olds’ either. My favorite cut off of King's Disease is ‘27 Summers.’ For some reason, it takes me back to my childhood and growing up in Harlem. ‘Blue Benz’ is my second favorite. Most of the songs are roughly two to three minutes long, and the album itself is pretty short (especially compared to Nas’ previous albums). So, if you have a 30-minute drive coming up soon, you should give King's Disease a listen.

If you don't know Rina yet, you will.

Since the release of her 2017 EP, Rina (one of my favorite records of all time), she's been one of the most promising artists around in the burgeoning electropop scene. With Sawayama, she manages to seamlessly weave together elements of metal, R&B and catchy pop hooks into an entirely cohesive project. It's unlike anything you've heard before; she jumps from pop bangers like "XS" to metal hits like "STFU!" with ease and dexterity.

When Drake released his latest project, Dark Lane Demo Tapes, he stated that he would also be dropping an album this year.  The 14-track project was the first album work the '6 God' has dropped since releasing Scorpion in 2018.

Of course, Drake comes with the fire on all 14 tracks. The lead single, "Tootsie Slide," sticks out you have not sat down to listen to the album because of the TikTok dances that came with it. Other songs that also catch your attention include the heartbreaker, "Not You Too," featuring Chris Brown. As usual, Drizzy is singing to a woman that did him wrong.

He was willing to accept her for all her shortcomings, but instead, she hurt him deeply on the inside, and it is the first time in a while that he has felt like this. According to Drake, he pressed the issue on numerous occasions, but the person would not reveal what it was, and had to find out, but found out in a hurtful way.

In "Deep Pockets," Drake talks about people attacking each other over territory in his hometown of Toronto. Drake remembers when his mother used to wake him up to get ready for school before the bus left him behind. He also touched on individuals looking to come up by taking shots at him to gain notoriety and fame.

There is a level of jealousy and envy that comes with being famous, and the world never sees the trials and tribulations that can come with fame. They only see the finished product, but now he is rolling and has too much money, that can’t even find the phone in his pocket.

The project definitely helped many people pass the time in 2020, which has been a total wash due to the COVID-19 pandemic.

'SHAKE THE SNOWGLOBE' by Russ

After the year we’ve had, January 21st of 2020 feels like a decade ago. Despite the bizarre circumstances, Russ’ Shake the Snowglobe still holds up strongly when it comes through on shuffle.

As rappers go deeper in their discographies, I think one of the major concerns is the material getting stale. Russ does a great job of avoiding that and tapping into a really healthy and competitive mindset. It was no surprise that a song like “Guess What,” featuring The Boss Rick Ross, was well received by audiences. The same could probably be said for “Best on Earth, " but this album has some excellent tracks beyond the standard one or two radio jams. “Asshole” is undeniably one of my favorite tracks on the project and has a great featured verse from Bugus. And the project’s “thesis statement” and the overall vibe is well laid out in the opening track, “Need a Minute.”

Whenever a song from this project comes on in my headphones, you can count me in.

listen here
Slide 1 of 3
Did you like this article?