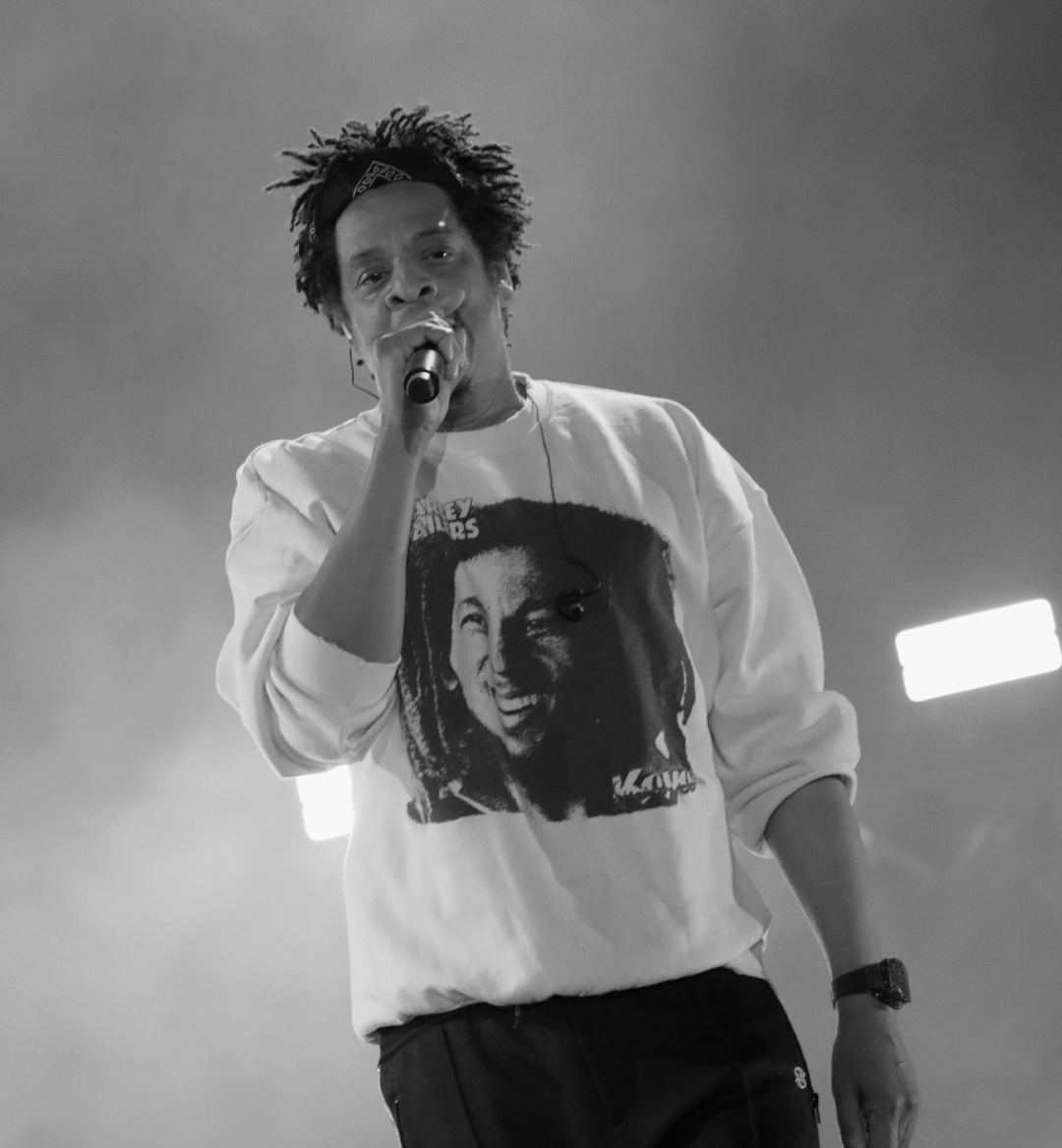 Brooklyn’s very own Shawn Corey Carter has built a legendary career on lyrical superiority and a presence that transcends many of his peers. Since staking his claim in the rap game from 1995 to the current day, Jay-Z has taken over my headphones and car speakers thanks to a strong catalog of instantly recognizable tunes. Alongside those smash hit singles are a collection of underrated songs and extra cuts that deserved just as much airplay as the songs that dominated radio play in the past.

I consider myself one of Jay-Z’s loyal Stans and have stood by him through thick and thin. Throughout all the great, good, and mediocre albums he’s delivered, I’ve listened intently and come away with my own personal listing of his entire discography. Feel free to get your pitchforks and torches ready for this one, folks. I want all the smoke!

Most Jay-Z fans regard this comeback album as his weakest body of work to date. While I agree with that sentiment, “Kingdom Come” isn’t a complete miss whatsoever. Sure, it’s filled with some production choices that didn’t resonate with me back then and never will (“Do U Wanna Ride” bores me to tears every time I hear it). But gems like “Show Me What You Got,” “Lost One,” and “30 Something” will forever shine and reflect a revitalized Jigga Man that was ready to take back his mantle as the king of rap after “retiring.” The slick Rick James sample on “Kingdom Come” is and always will be goated. The same can’t be said for “Beach Chair,” however...

Having to dig through a whole bunch of mediocre tunes to get through the truly remarkable ones is never a fun task when listening to any album. Sadly, that’s the case here for the second installment of “The Blueprint.” “The Blueprint 2: The Gift & the Curse is just far too bloated and packed to the brim with unremarkable tracks (I don’t think you’ll ever hear a DJ drop “What They Gonna Do, Pt. II” during a Jay-Z celebration set). But the good stuff on here truly resonates with me and still gets replayed to this day - “Hovie Baby,” “03’ Bonnie & Clyde,” “Excuse Me Miss,” and “Poppin’ Tags” are the shining beacons on an album that’s overshadowed by less than stellar tunes.

Jay was definitely in his “I’m richer, wiser, and ready to ball out on expensive art” bag here. While I enjoyed his renewed focus on living life to the fullest here, a majority of his fanbase wasn’t feeling this one too much. Most of the tracklist for this LP comes off well - in fact, there isn’t a single song that I outright dislike here. The only problem is most of these songs don’t really stand out as some of Jay’s best songs when compared to his more recognizable hits. “Magna Carta...Holy Grail” is full of good tracks that are worth a replay, but I never really go out of my way to listen to it on a regular basis. But when it gets shuffled into my playlist, I’m pleasantly surprised by how good it still is.

There are two songs from this album that knock so hard and bring me to life whenever a live band decides to produce their own rendition for it when backing Jay on stage - “So Ghetto” and “Do It Again (Put Ya Hands Up).” Then there are tunes like “Nymp, “Snoopy Track,” and “Dope Man” that stand out to me as three of Jay’s less celebrated yet highly underrated tracks. A lot of the other songs on here feature the type of production that’s a product of its time, which makes them come off really cringy in this day and age. But when you have an album that’s spearheaded by “Big Pimpin’” and “Is That Yo B***h,” you can’t really be too mad at its faults.

I practically lived by this album during my final semester in college. I always found the will to knock out a thesis paper the night before it was due thanks to the triumphant stadium sound that accompanies “Real As It Gets.” “The Blueprint 3” just has so many memorable songs on it that still slap tremendously - “What We Talkin’ Bout,” “Thank You,” “On to the Next One,” and “So Ambitious” deserve all the praise in the world. Then there’s “D.O.A. (Death of Auto-Tune),” “Run This Town,” and “Empire State of Mind,” which has to be the strongest three-track run on any album I’ve ever heard. There are a few letdowns here, like the Drake collab everyone was hyped about that ended up being super meh (“Off That”) and “Venus vs. Mars.” Even still, I enjoy a good amount of the tracks featured here.

The year 1998 ended up being a treasure trove full of some of the dopest hip-hop albums of all time. And one of the replay-worthy LPs that dropped that year happens to be this one. “Hard Knock Life (Ghetto Anthem)” really took an Annie sample and turned it into a hood anthem. This album will forever be held in high regard because it also plays home to “N***a What, N***A Who,” “Money, Cash, H**s,” “Can I Get A…,” and “Reservoir Dogs.” The less enjoyable tracks featured here don’t bring this album down too much in my eyes, thankfully. “Vol 2: Hard Knock Life” is an audio time capsule that perfectly captures the spirit of New York’s golden era run.

Ah, the good old days of Roc-A-Fella Records. Jay made sure to throw an alley-oop to some of the now-defunct label’s strongest signees and came away with this quality album in the process. “Intro” kicks things off so wonderfully and sets listeners up for a tour through the trenches of Roc-A-Fella. What follows is a string of songs that showcases Jay during one of his best runs alongside his labelmates in Memphis Bleek and Beanie Sigel. “You, Me, Him and Her,” “1-900-Hustler,” “This Can’t Be Life,” and “I Just Wanna Love U” still hold weight as Jay’s greatest songs of all time. This LP begins to falter near its closing moments, but everything that comes before it keeps it from crashing and burning altogether.

I enjoy my fair share of “ignant” rap that causes me to wild out and belt out the sort of lyrics that would make my parents hang their heads in shame. But I also have a strong appreciation for grown man raps and that was on full display here from a much older and wiser Shawn Carter. “4:44” blesses listeners with 10 heavyweight tracks that drop so many gems while backed by some of the best beats Jay has ever performed on. “The Story of O.J.” is a conceptual tune that puts forth a strong message that confronts the issue of race, then you have something like “Family Feud” that offers an inspiring proclamation all about prospering with a loyal crew.  You’re left wanting more by the time this LP wraps up, which says a lot about its overall quality.

The sophomore slump can never be denied - some of your favorite rappers have hit the game hard with an amazing debut LP and followed it up with a less than stellar album. That’s definitely not the case with Jay - “In My Lifetime, Vol. 1” helped maintain his rise to rap royalty. As soon as the first track came blasting through the speakers, you just knew you were in for something special. “Imaginary Players,” “Streets is Watching,” “Friend of Foe ‘98,” and “Who You Wit 2” all put this album on its backs and catapulted it to greatness. The more radio-friendly tunes on here may not resonate with me as much as those aforementioned songs do, but they’re still decent in their own right. You can’t be too mad in that case when you can always skip right to “Where I’m From.”

I was and still am in awe of how the one-two combo of the American Gangster film and this album came together. You can just listen to this LP and vibe with an incredibly inspired Jay that has a new fire lit up under him. Jay dove into his old self here and got back to the kingpin struggles that kicked his career off. The “Reasonable Doubt” vibes are strong here, which is why I have such a deep love for it - “No Hook,” “Sweet,” “Say Hello,” and “Success” are clear evidence of that feeling. Even the songs that noticeably adopt a radio-friendly sound still hold up (“Hello Brooklyn” and “I Know” are the clearest examples). “American Gangster” reminded me that Jay’s decision to do a U-Turn on his retirement was for the best.

Speaking of Jay’s retirement, “The Black Album” was set up as his final body of work. And if Jay actually stuck to his guns and walked off into the sunset like he promised, I would have been perfectly fine since he would have left us all with this all-time classic. This is a hell of an audio victory lap for the Jigga Man that’s full of some of the dopest beats and bars I’ve ever come across. “What More Can I Say,” “Encore,” “Threat,” and “Lucifer” epitomize the pure heat this album put forth. “Change Clothes” may be the weakest tune for sure, but even that song has its own merits worth applauding. “The Black Album” will forever be a heavy hitter from Jay’s long and storied catalogue.

“I’m from where n****s pull your card, and argue all day about/Who’s the best MC, Biggie, Jay-Z or Nas.” All three of those GOAT-tier rappers certainly have one thing in common - they all delivered incredible debut albums. In Jay-Z’s case, he opened everyone’s eyes and ears with the mafioso-inspired “Reasonable Doubt.” From start to finish, Jay brought us into the glamorous and dangerous world of illegal conglomerates and managed to make it sound so damn good. There are just far too many magnificent tracks to list here from this debut LP. You won’t ever have to worry about hitting the skip button on this one - “Reasonable Doubt” cemented Jay-Z as the one to watch and still knocks to this very day.

Jay’s strongest body of work is undoubtedly this one. “The Blueprint” mapped out a winning game plan for other MCs that most definitely inspired a lot of the rappers that shine in this day and age. Just Blaze and Kanye West gifted Jay with defining soundscapes that accompanied his most memorable songs - “Takeover,” “Izzo (H.O.V.A.),” “U Don’t Know,” and “Heart of the City (Ain’t No Love)” provide all the proof in the world of that undisputed collaboration. People still argue about whether Eminem or Jay took the lyrical W on “Renegade” to this very day, plus “Lyrical Exercise” is still held up as one of Jay’s best B-Side tracks. “The Blueprint” is damn near perfect in my eyes.