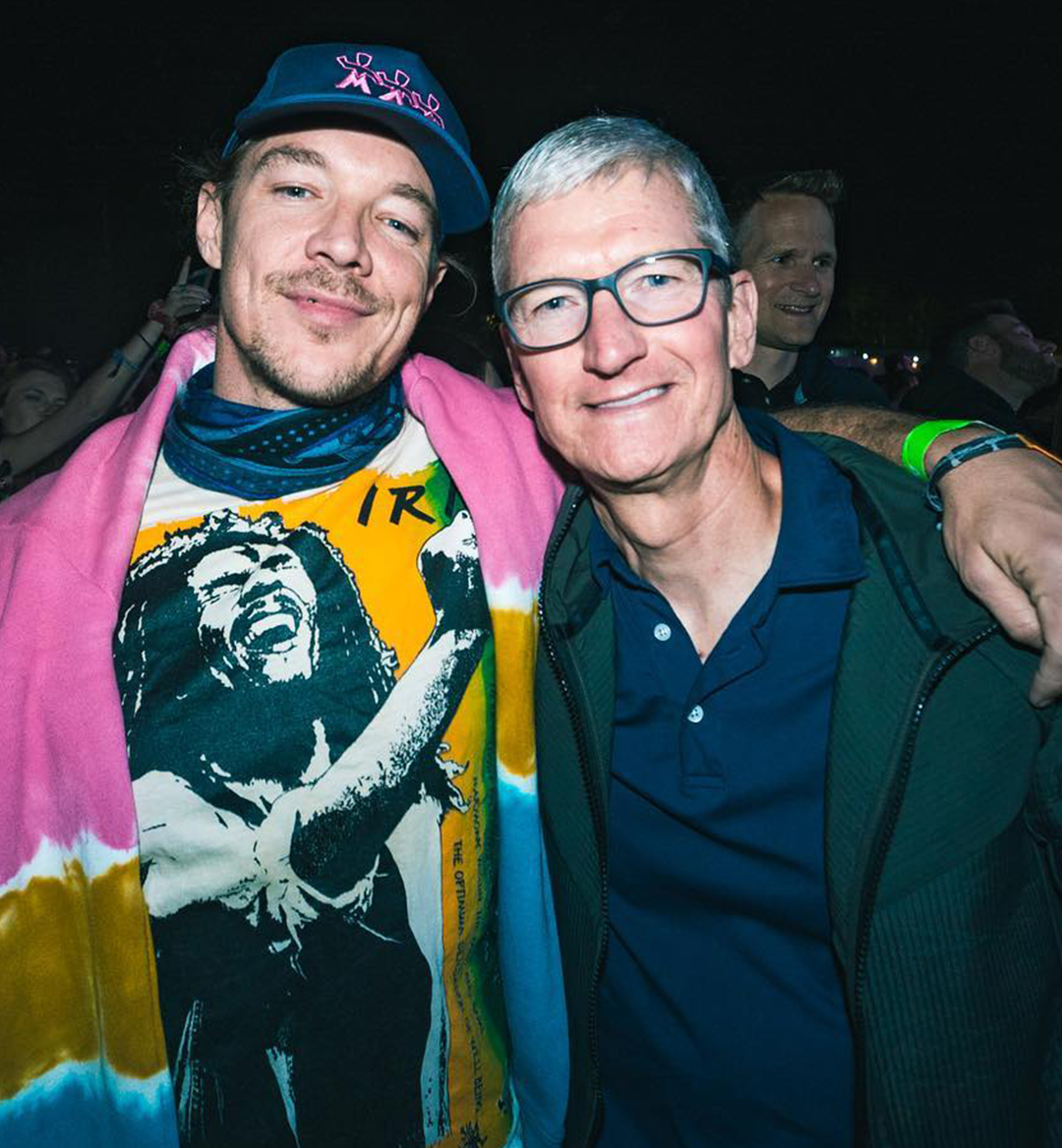 Diplo: “Some random guy came up to me and asked for a picture but I look good so here it is” / Instagram

Taking 320 flights a year and suffering from gastrointestinal distress hasn’t halted Diplo from being one of the most active celebrities on social media, and everything he’s doing is winning him more and more fans. Somehow the 40-year-old manages to be a full-time DJ, a producer with five aliases, a father of two boys and someone who never misses a day posting on social.

stop calling me daddy my kids are getting confused

A quick glance at Diplo’s Instagram, which has 5.4 million followers, shows an array of vibrant custom-made outfits, travel pics and satirical sketches. A scroll through Diplo’s Twitter, which is followed by 2.6 million accounts, displays open and honest self-deprecating tweets about being underrated, retweets about stealing someone’s girl and witty one-liners that only Diplo could curate. Here’s how Diplo has successfully branded his online presence and become the most amiable celebrity on the internet.

Charismatic is the first word that comes to mind when describing Diplo. Hilarious is second. And when I think of his profession (no shade intended), musician comes after influencer or comedian. In a job that remains primarily behind the scenes, Diplo masters staying in the forefront.

He leaves comments on every celebrity’s Instagram posts. He holds conversations in his comments. He shows off his ripped physique. He’s the closest thing to a celebrity influencer without advertising any products, instead showcasing a fascinating and unattainable lifestyle.

Diplo isn’t afraid to post his fails or joke about his lack of recognition. His ability to be candid with his fans normalizes his experience as a celeb. You’ll often see him get stoked to meet another famous person. He’ll take a picture with them like he’s a stan or record them from a distance just to prove they were in the same room.

Diplo recently posted a screenshot of him texting Travis Scott five times with no reply. In an interview with Vogue, he complained about Post Malone never writing back to him. His fangirl persona successfully comes off as amusing rather than desperate.

Diplo even recorded himself trying to get noticed by Beyoncé, and it apparently worked, because Major Lazer, an EDM trio that includes Diplo, is featured on Beyoncé’s new The Lion King: The Gift album.

big up to the queen @Beyonce for having us on this project alongside so many of our talented friends. Africa to the world ???? pic.twitter.com/cSvIIJ0C0i

Diplo is everywhere and knows everyone

One morning I watched Diplo’s Instagram Story of him performing in Las Vegas; the next day he was tanning in Ibiza. The following day he was sailing on a boat in Austria. Being in two places at once is impossible for everyone except Thomas Wesley Pentz (Diplo’s birth name).

Fans use Diplo’s Instagram Story as a source for celebrity sightings and exclusive parties. With an Instagram Stories Highlight titled “Celebrities” filled with celeb encounters, collaborations and hangouts, it’s evident that Diplo is admired in the A-list community. He gave us a sneak peek at Sophie Turner and Joe Jonas’s wedding. He took shots of cognac with Megan Thee Stallion. He even pops up in the “Old Town Road” remix music video. As stated in his Twitter bio, Diplo is that “random white dude [who] be everywhere.”

It isn’t rare to catch Diplo innocently teasing his two sons, Lazer and Lockett, or zooming in on a fan doing odd things in the crowd. The background of Diplo’s videos almost always features a model or two, but it’s never enough footage to make out the identity—a discreetness that leaves you wanting more. He’s the king of lightly flexing without seeming obnoxious or annoying. In short, he’s mastered the art of online branding.

Being on social media 24/7 has taught us a lot about Diplo’s personal life outside of his music career. He has a love for yoga and meditation. His diet is fascinatingly healthy. He even has a small chicken farm at his Los Angeles home. There’s never a dim moment in the life of Diplo, not even on Sundays.

Diplo has effortlessly branded himself as a forever young and happening public figure. There’s so much to be said about what makes Diplo lovable. His aura pulls you in and makes you feel like you know him on a personal level when in reality you’re just keeping up with him from behind a screen.