How Cardi B's Engineer Made Her Grammy-Winning Album

Cardi B’s engineer takes us behind the creation process 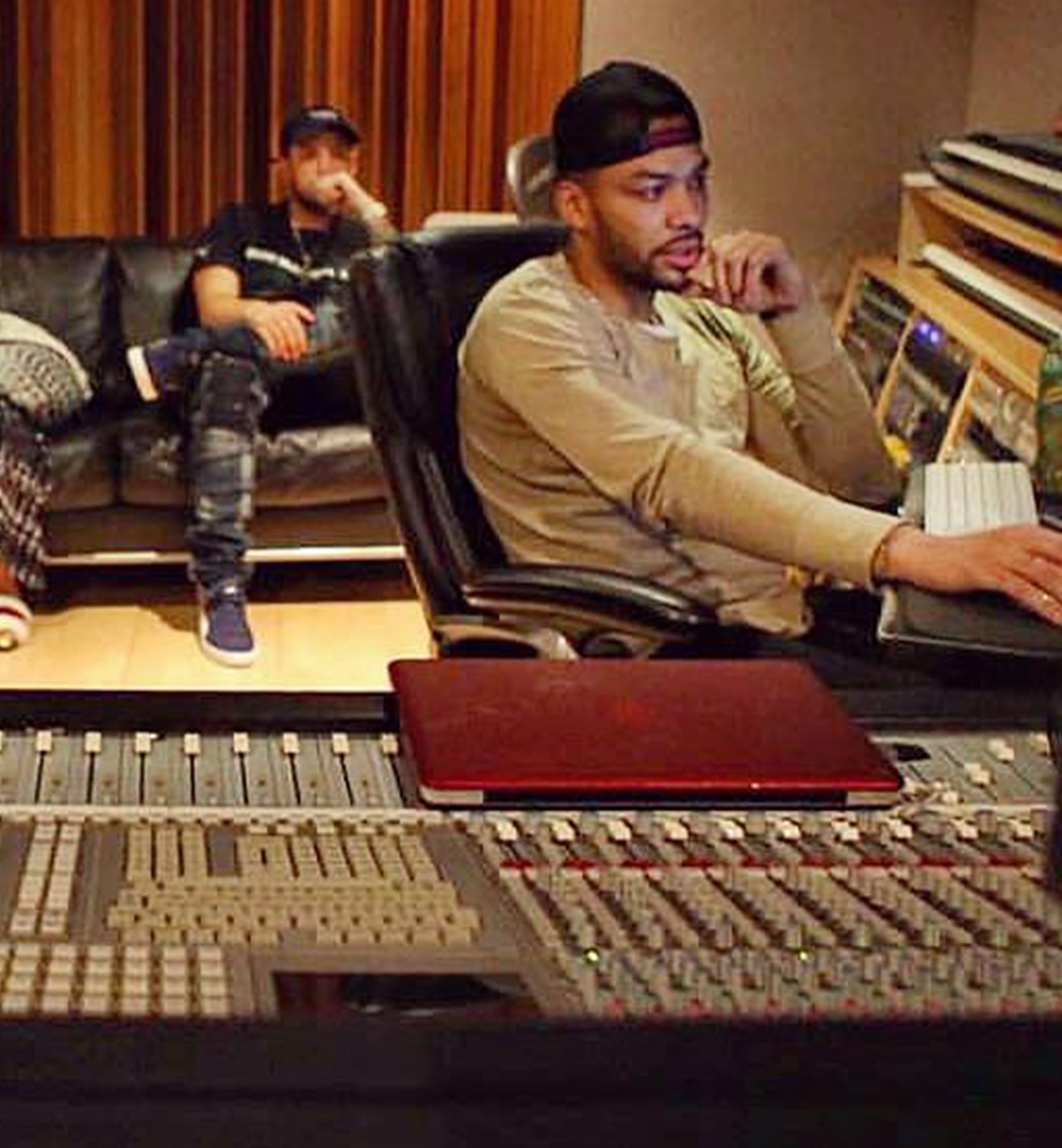 Not many people have done what Evan LaRay Brunson has done. The 28-year-old Bronx native has been in the studio helping Cardi B make music since “Washpoppin” in 2016. As the recording engineer for every song on her multi-platinum debut album, Invasion of Privacy, Brunson not only earned a few platinum plaques but also Cardi’s trust.

“I’ve been working with her since her first song,” Brunson said. “When we made Invasion of Privacy, it was really just her and I in the studio and she’s trusted me from then on.”

ONE37pm spoke with Cardi’s engineer about Invasion of Privacy, which went on to win Best Rap Album at this year’s Grammy Awards and Album of the Year at this year’s BET Awards. He also spoke about how Cardi’s pregnancy affected the recording of the album, her work ethic and her creative process.

It’s been almost a year and a half since Cardi B dropped Invasion of Privacy. Have y’all been back in the studio for the next album?

Evan LaRay Brunson: We’re definitely back in the studio. We haven’t locked in how we locked in for the first album… [August] is when we’re really going to start locking in. She’s just been touring and doing all of these shows.

“Press” is one of the best songs out this year and I hope this is what the second album is like.

Brunson: We recorded “Press” at the same time she was pregnant. I think she came up with an idea for it a week before she gave birth. Around then something happened on TMZ or something and she got tired of it. She’s always on her phone. She knows everything that’s going on. Even if it’s a fake page. She knows what time you said it and everything going on. She was tired of everybody bashing her. I guess that’s when she came up with the hook idea. That was the same time she did [Meek Mill’s] “On Me.”

Speaking of “Press,” she got a lot of press for her run-in with Nicki Minaj at the Met Gala. Was there ever a time she was going to put out a Nicki Minaj diss song?

Let's go to where the phenomenon that is Cardi B became solidified. How was Invasion of Privacy made?

Brunson: Honestly, we cut a few records, but if the album came out in April then we started it in late January. Once she found out she was pregnant, I think that changed everything. She got into grind mode because people were saying she was a one-hit-wonder and now she’s pregnant. She was like, “They’re going to say it’s over for me.” Whatever feeling she got from that made her lock in. In two months, we had the album.

Brunson: This was before she even told the world that she was pregnant. I didn’t even know she was pregnant. I would get to the studio and wonder, “Yo, why is she always sleeping on the couch?” She would knock out every single time. Then she would wake up and we would record at five o’clock in the morning. She finally told me she was pregnant around January 2018. I found out about it right after she released “Bartier Cardi.”

How did Cardi making music change the further along she got in her pregnancy?

Brunson: Honestly? This might sound crazy, but she got even hungrier. She wanted to knock out every song. We slept in the studio. After she leaves the studio at six or seven o’clock in the morning she’d go to a photo shoot. After the photo shoot, she’d come right back to the studio. It made her hungry. She then thought the label was going to drop her. Everyone was saying her career was over. So when she was recording, she was going extra hard to make sure everything went perfect.

Once the album came out it was a whirlwind of success. How has your life changed?

Brunson: I didn’t expect it to be this big. I worked with her for free because I wanted to develop my engineering skills. I’d say, “You come to the studio. I’ll mix your record and work for free.” I had been working for free for the first year and a half, maybe two years. In the beginning, she would hit me off [with money]. But now she made sure she told Atlantic [Records] to make sure I got paid.

What song on the album would you say she recorded the most times?

Brunson: I would say “Get Up 10.” She wanted you to really feel her energy on it. So the first day she was recording it she was just coming up with a couple of ideas and laying it down. The next day she would come in like, “I don’t like how that sounds.” Then, on the third day, she snapped and spit the whole thing straight through, nonstop.

“Be Careful” is a raw song and is different than most of the album. How did it come about?

Brunson: If you don’t really know Cardi you might think she’s a loud and crazy girl. She’s actually very emotional. Her heart is on her sleeve. I think she was going through something at the time. We recorded the verses quickly. With the hook, we kind of switched it up a little because she did it like two different ways. If you sound too autotuned and robotic it’s not going to come through. She wanted the song to sound like she was giving it to you like poetry.

“Bodak Yellow” started the Cardi B craze. When y’all were recording it did y’all know it was going to be a hit?

Brunson: At the time, we kept cutting so many songs and she posted a snippet of that song while she was in the studio and it went viral. It wasn’t like she said, “Oh, this is the best song.” She kept cutting songs. Once she released the snippet, we had to release it, and it changed everybody’s life.

You’ve been with her since she started on her first song. Compared to that first session, what has she improved?

Brunson: Definitely her cadence and flow. Also, her pronunciation. She has a strong Spanish accent; she’s Dominican. So you would hear more of her Rs rolling and more of a Spanish tone. She learned how to pronounce better. But she’s always been Cardi.

Read Next: This Graphic Designer Went from Freelancing to Designing for Cardi B